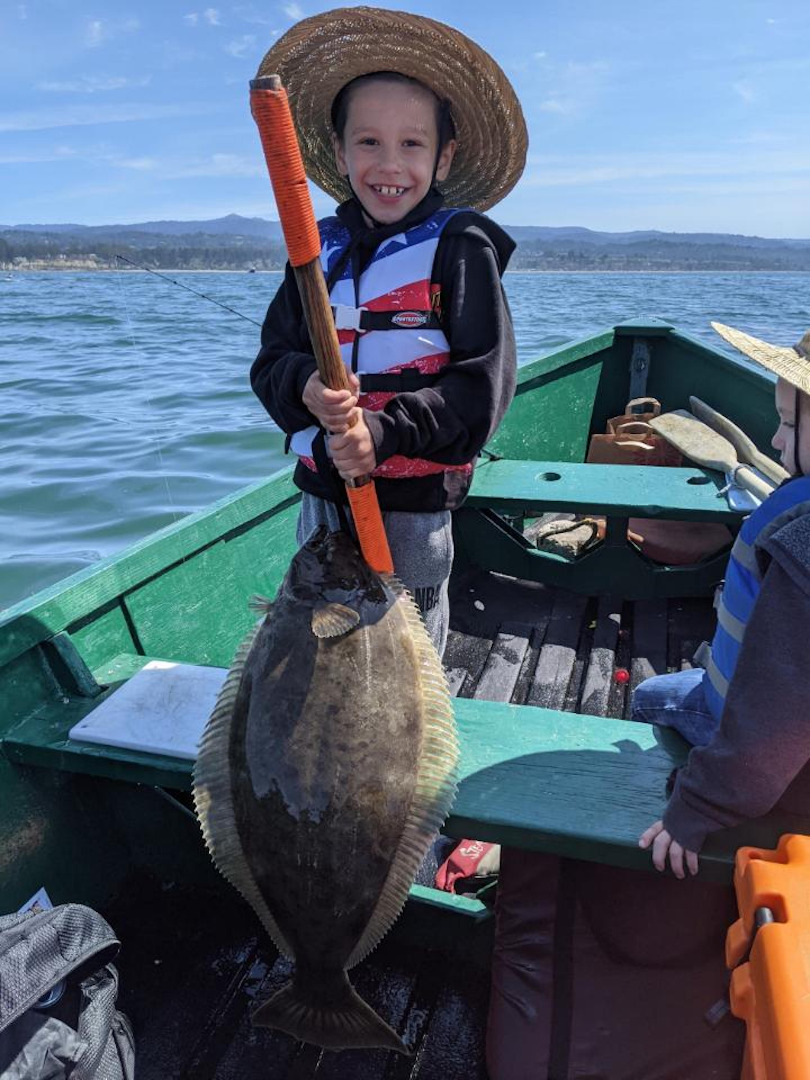 A powerful south swell was booming on the beaches most of this week, which can make surfcasting more difficult. south swells also put a lot of the nearshore species off the bite, as it creates heavy currents that roil the water all the way to the bottom. rockfish look for a place to hide from the currents, and halibut will move out to deeper water until the swells subside. Wind and swell are forecast to drop as we move into the weekend, which makes for easier fishing.

Deeper reefs continued to produce well during the week for skippers who know where to go. At Chris’ fishing Trips in Monterey, the Check Mate tallied limits of up to 250 rockfish on their trips near Monterey and towards Carmel. They picked up a few bonus ling cod and at least one halibut as well. The Kahuna from Moss Landing scored with a limit of 170 rockfish last Saturday for the 17 anglers aboard.

In Santa Cruz, Beth Norton from Go Fish Santa Cruz reported on another day of limit-style fishing just north of town on Monday saying, “We fished the Davenport area for rock cod and ling cod. The clients caught huge reds and browns along with very nice canaries, blues, yellows and coppers. There was nice whale show that provided entertainment for everyone. The weather was nice. It was the best cod day of the season so far.”

Rodney Armstrong, skipper for Santa Cruz Coastal Fishing Charters gave us an update on Saturday saying, “The nearshore rock fish and lingcod bite is on fire. The salmon bite is super slow.” For Tuesday’s light tackle cod trip up the coast, Armstrong said, “Despite the south swell this morning the rockfishing was still wide open in the shallows. The blacks and blues are big and ferocious.”

Surfcasters had to be careful this week. The south swell provided a pounding shorebreak on the steeper beaches. It’s easy to get knocked over if you are not extra careful. The bigger, broader beaches towards the middle of the bay are still in good fishing shape, though. Even when the waves are big and powerful, those beaches have an outside sandbar that will cause an incoming wave to crash, and then back off as it hits deeper water before the shorebreak. The powerful waves also create great side currents and rip currents that provide deep spots full of suspended sand and bits of food. That is where we want to cast our lures and bait. Hungry fish hang on the edge of those channels waiting to pounce. We are seeing more and more striped bass caught from New Brighton Beach down to Sand City, though most of the stripers in Monterey Bay are still of the smaller variety. For bigger stripers, it might be worth a quick trip north on Highway One to the cliffside beaches near Half Moon Bay. Rumor has it some there are some “large variety” stripers in that area right now.

Anglers enjoying the salmon fight: ‘These fish are big and mean’ 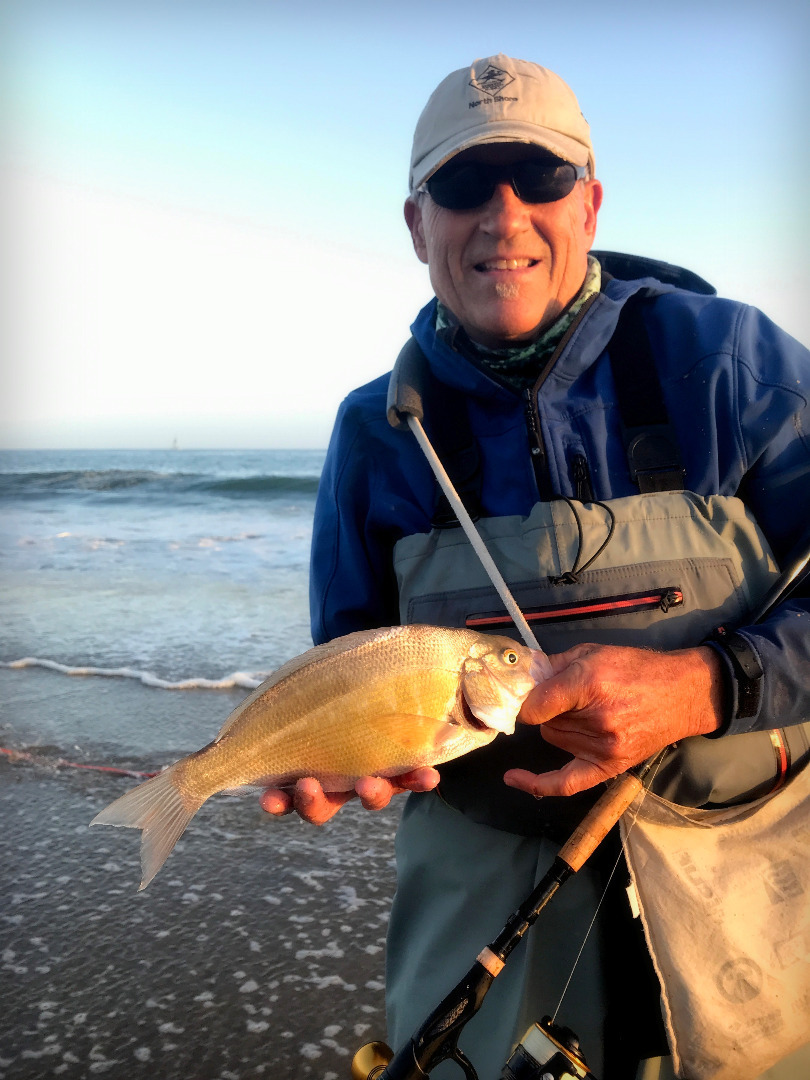 6-11-2021
Monterey Bay anglers continue to enjoy a steady salmon fishing season. There are ups and downs, of course. One day...... Read More

6-4-2021
Persistent south winds and a steep wind swell made fishing days hit or miss on the Monterey Bay this week....... Read More