Persistent south winds and a steep wind swell made fishing days hit or miss on the Monterey Bay this week. Most mornings were fishable, and conditions are expected to improve as we move into the following week. Big charter boats are landing about a fish per rod while mooching for salmon. The smaller, six-pack boats are doing a bit better, averaging a fish and a half per rod on the days they make it to the fishing grounds. Fish are weighing in up to twenty pounds or so, and there are quite a few silvers in the mix. Most salmon are still being caught in the upper part of the water column, by trollers and moochers fishing 60-120 feet down. Most salmon fishing this week centered on the Soquel and Pajaro Hole areas.

Chris’ Fishing Trips from Monterey netted five king salmon for six anglers on the Check Mate last Thursday. On Friday the count went way down for Chris’. They caught only two salmon for 18 anglers aboard the Caroline. With Captain Brian Cutting at the helm, the Kahuna from Moss Landing had a good day mooching on Saturday. Owner Carol Jones provided a brief report saying, “Fifteen anglers landed 12 king salmon, lost nine and released two Coho.” Launching from Santa Cruz, Captain JT Thomas brought the beautiful Miss Beth to the right spot on Monday. Beth Norton from Go Fish Charters reported, “Great day on the bay. We fished for salmon today and had a lot of opportunities, hooking at least 14 fish. The clients landed five king salmon weighing between 14 and 27 pounds. The 27-pounder was the biggest one of the seasons so far. These fish are big and angry. The clients had their hands full today.”

Nearshore ocean temperatures remain cooler than usual. Still, the halibut are moving in. We received a number of reports of bigger halibut caught from the 40-60 foot depths. When the waves die down and the water is clear of weeds, it’s also possible to catch flatties from the shore. Most productive is using a white fluke on a dropper loop rig. Most of the surfcast halibut are undersized, please treat them with care and release quickly. They are the 20-pounders of the future.

In general, surfcasting is getting better all around Monterey Bay. The high winds don’t help much, and catching the high tide at dawn or dusk rotated away from us as the week progressed. Still, we are seeing increasing reports of striped bass, mostly ‘mini-models.’ If you hit the right beach at the right time, smaller barred surf perch can be hooked on almost every cast. Also, a good number of hungry gravid female perch are lurking close to the beach, feeding on sandcrabs. 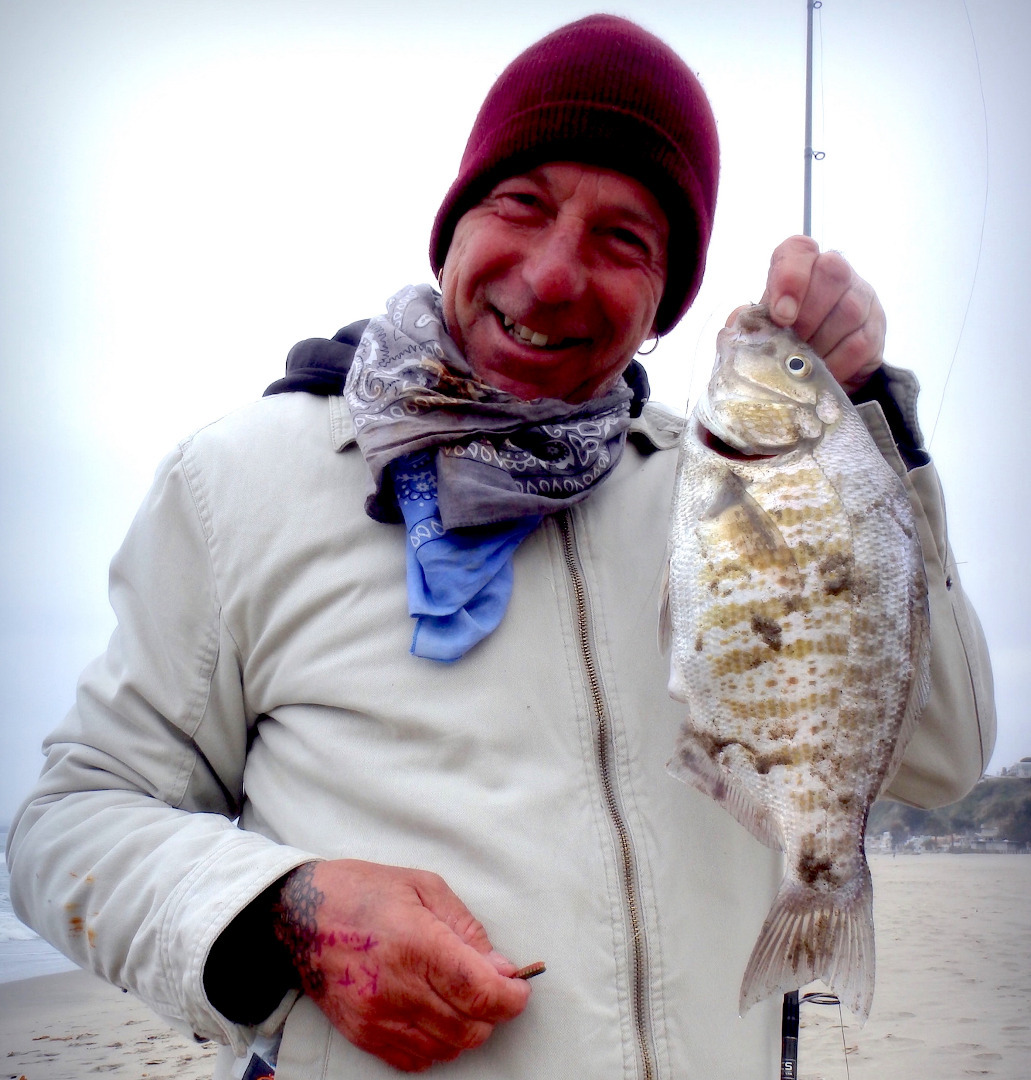 5-28-2021
High winds were the story of the week along the entire north coast of California, including Monterey Bay. Occasionally reaching...... Read More 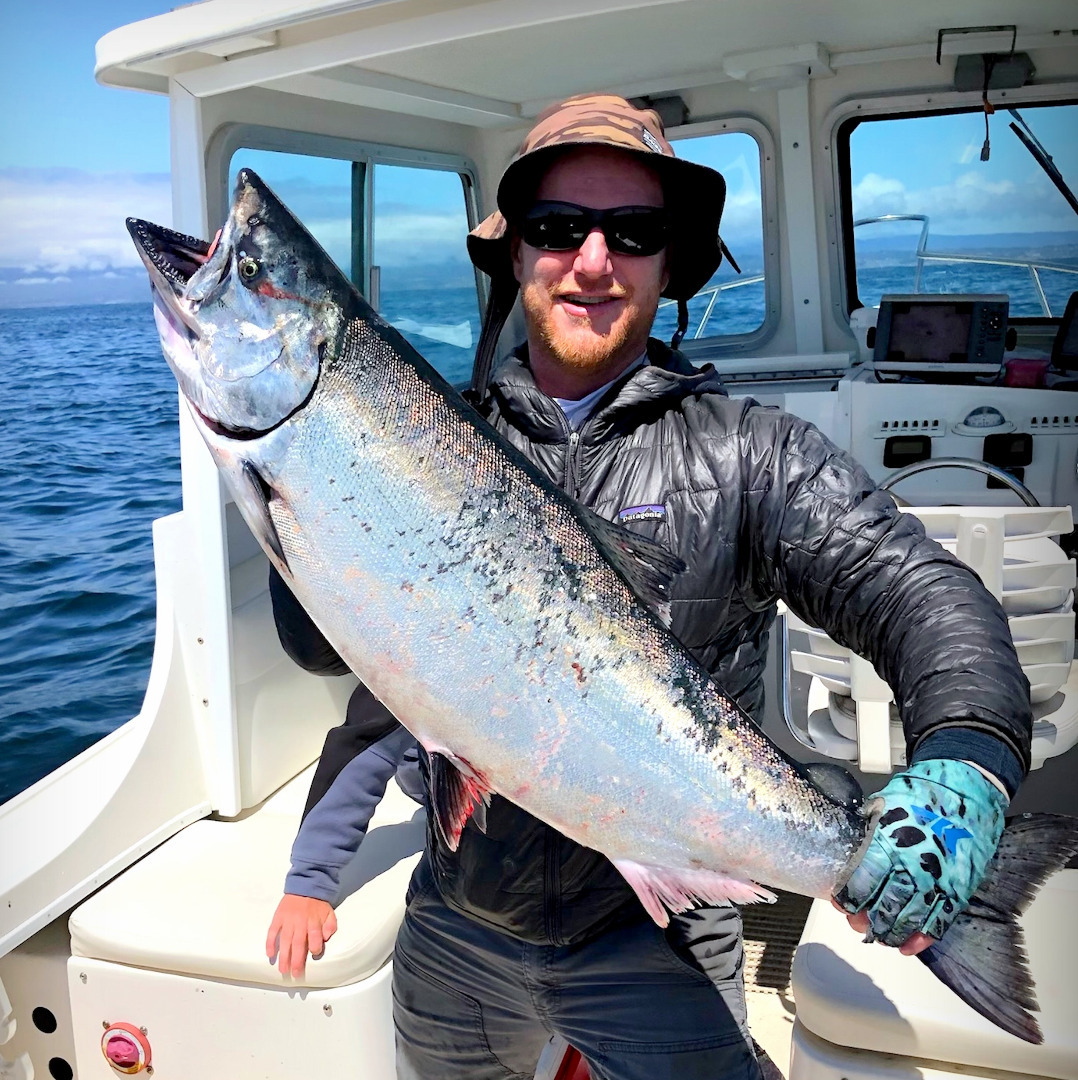 5-21-2021
Carol Jones from Kahuna Sportfishing had good news on Sunday. “It was dead slow yesterday but we went for salmon...... Read More