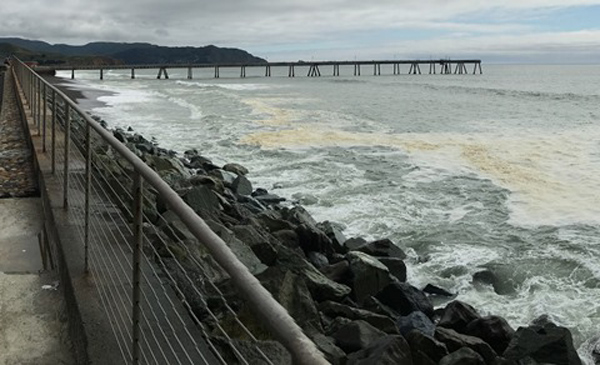 I live in San Francisco, but happened to be in Pacifica this past Sunday, on Mother’s Day.  Pacifica is just a 10 minute drive south of San Francisco city limits and I’d describe it as a small, mostly blue collar, coastal town with some majestic and sweeping ocean views.  Pacifica is also in possession of a public pier more formally titled Pacifica Municipal Pier.

So I decided to talk a walk on Pacifica Pier on this lazy Sunday afternoon and see what kind of action was happening.  The pier is probably mostly known for Dungeness crab, but one can also catch perch, striped bass and possibly a salmon (when running and in season).  It’s not the prettiest of piers since it’s made of mostly concrete and certainly lacks the charm of an old wooden pier.  The fish and crab underwater, however, don’t care about aesthetics and the people who fish there don’t seem to mind either!


Not long into the stroll I see a man reeling in a crab snare with a Dungeness crab on it.  It was an obviously undersized crab so it was immediately tossed back, but we quickly start talking crab snares--size, bait to use, type of loop material, etc.


The fisherman said his name was Roy and that he actually makes his own crab snares for sale right there on the pier.  His crab snares’ secret weapon is that he gets the snare loops to rest perpendicular to the sandy bottom.  He posits that when the crab gets to business sitting on the crab snare trying to pick at the bait, the legs are more likely to be well inside the snare loop.  The snares looked very well made so I bought one to try out on my next crab snare outing.


As I continued to walk down the pier, I would see people mostly fishing with crab snares or dropping crab hoop nets.  I did see a Sabiki rig in action (a long leader with four or five hooks; this one baited with shrimp), but no fish being reeled up by anyone anywhere.  No fish, but there were plenty of crustaceans to be found in buckets up and down the pier.


Not far from Roy were a couple of fishermen and it looked like it was a productive day, so far, with three, four or maybe five Dungeness crab in the bucket.  For two people, that’s certainly a feast of crab.

I was now far along my walk that I stopped to look back at the town.  We had rain the day prior and it was still mostly overcast today, but the sun and blue sky were starting to make an appearance.  As you can see, the pier with all its concrete isn’t much to look at, but it’s certainly serviceable.  I was getting close to the pier’s “elbow” and arguably this is where the most serious crabbers were hanging out!


There were at least two or three groups of family and friends out there.  I even saw an aerated tank that kept the recently caught Dungeness crab fully oxygenated and fresh.  Rap was the “music” of choice at the end of the pier and let’s just say there were exotic scents wafting in the air--medicinal, I’m sure, ahem.


Any contact high aside, what also caught my eye were the two seals patrolling up and down the pier looking to steal bait from the crab hoop nets that were being dropped off the side of the pier.  The bait of choice for these crab hoop nets was raw chicken.  This needed to be put into a square bait cage first and then securely fastened to the hoop net.  If not secured in such a way, the seal would simply steal the chicken and wait around for you to do it all over again.  Kind of like hors d'oeuvres at a cocktail party.


One family had the kids working at separating the raw chicken meat from the bones.  These two particular kids seemed quite efficient at this task, though, I’m hoping they didn’t get sick later that night with Salmonella!  Hopefully, they’ve done it so many times that they’re self-immunized to the virus.


Well, it was time to turn back around.  For whatever reason the part of the pier that runs parallel to the shore line was closed off.  As I was leaving the pier, more people were still showing up on this late afternoon--often with little buggies that were easy to roll and transport and contained all their needed fishing supplies.  The regulars on this pier have certainly got it down to a science and one can learn a lot by observing how others make a day of it.

Finally, the benefit of a public pier here in California is that one does not need a fishing license.  If crabbing sounds interesting to you--either with a hoop net or with a rod & reel--the Pacifica Pier can be a great place to learn how to catch these crusty critters.  There are two bait and tackle shops close by that I have found very friendly and helpful in getting you set up with everything you need (New Coastside; Rusty Hook).  I’m more of a surf fishing person (which DOES need a fishing license), so I’ll probably be back in the area again, but next time on the beach hoping to hook up with a striped bass.

Jerry also wrote an article for MyOutdoor Buddy titled "How to Catch Dungeness Crab with Rod and Reel," which can be found here.  An archive of his recent articles published on Norcal.Fishreports.com can be found here. 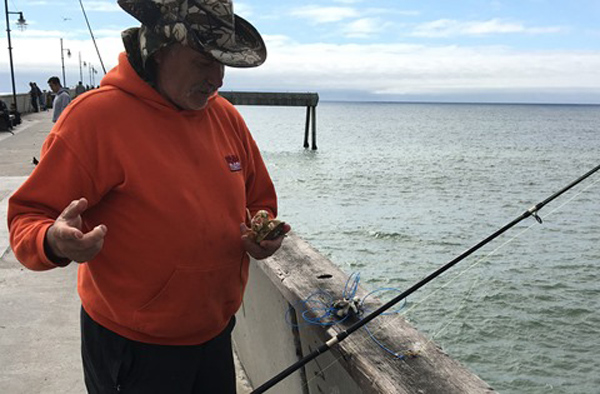 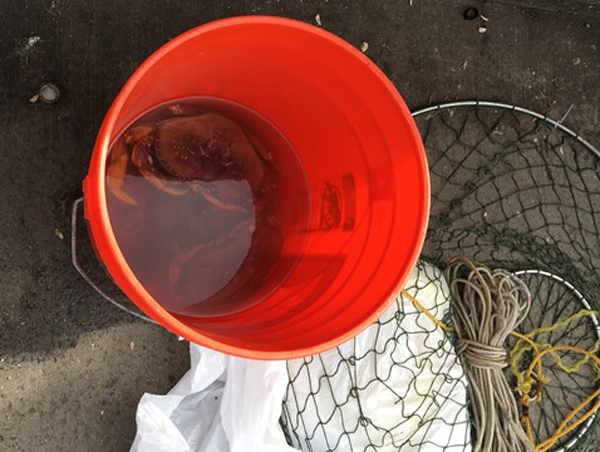 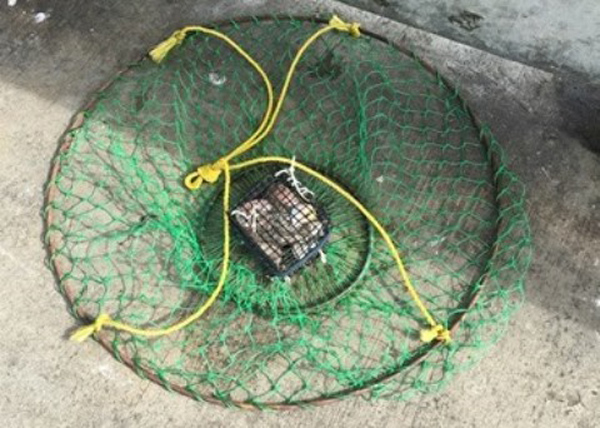 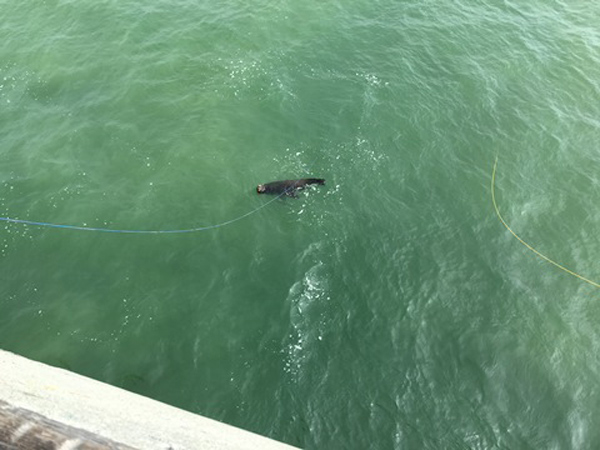 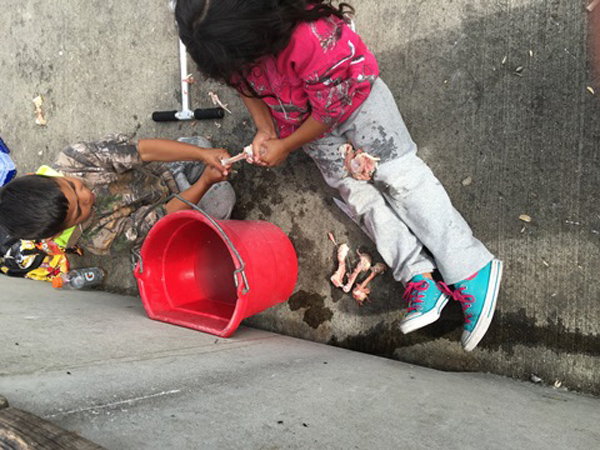 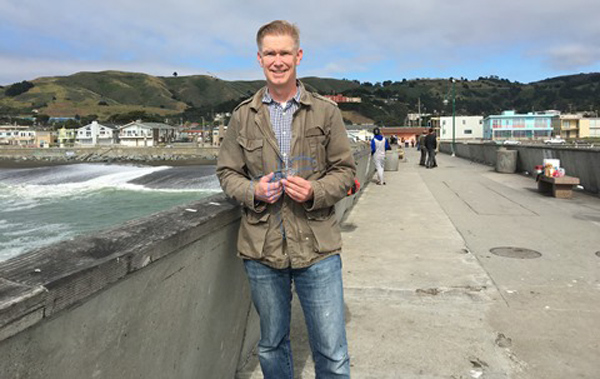 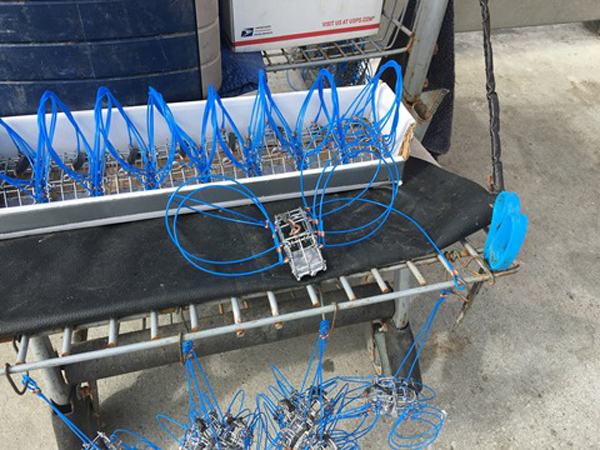 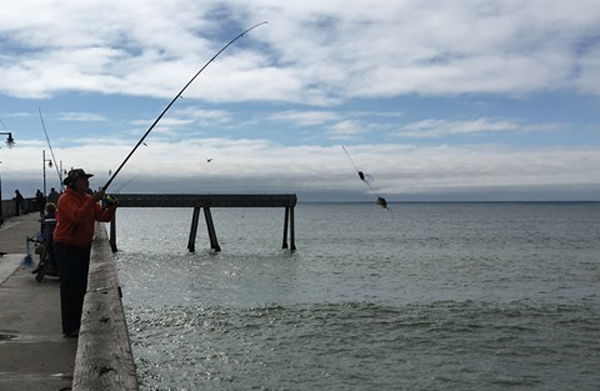 Shasta County gets some Plants 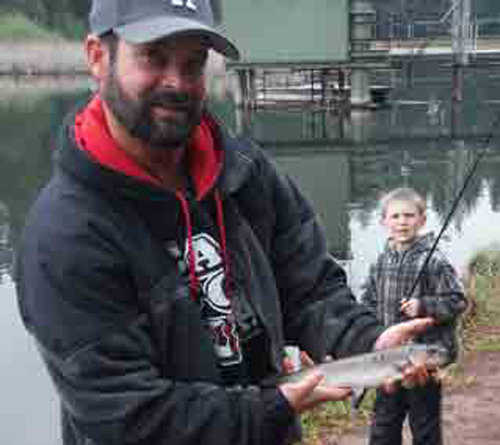 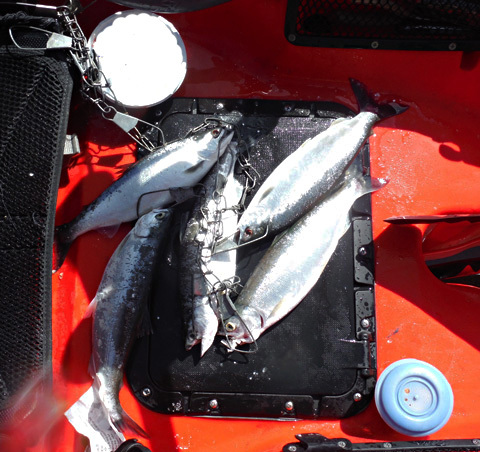 3-24-2016
Kayak fishing Whiskeytown Lake and targeting kokanee panned out with a limit of kokanee. My previous attempts left me empty...... Read More