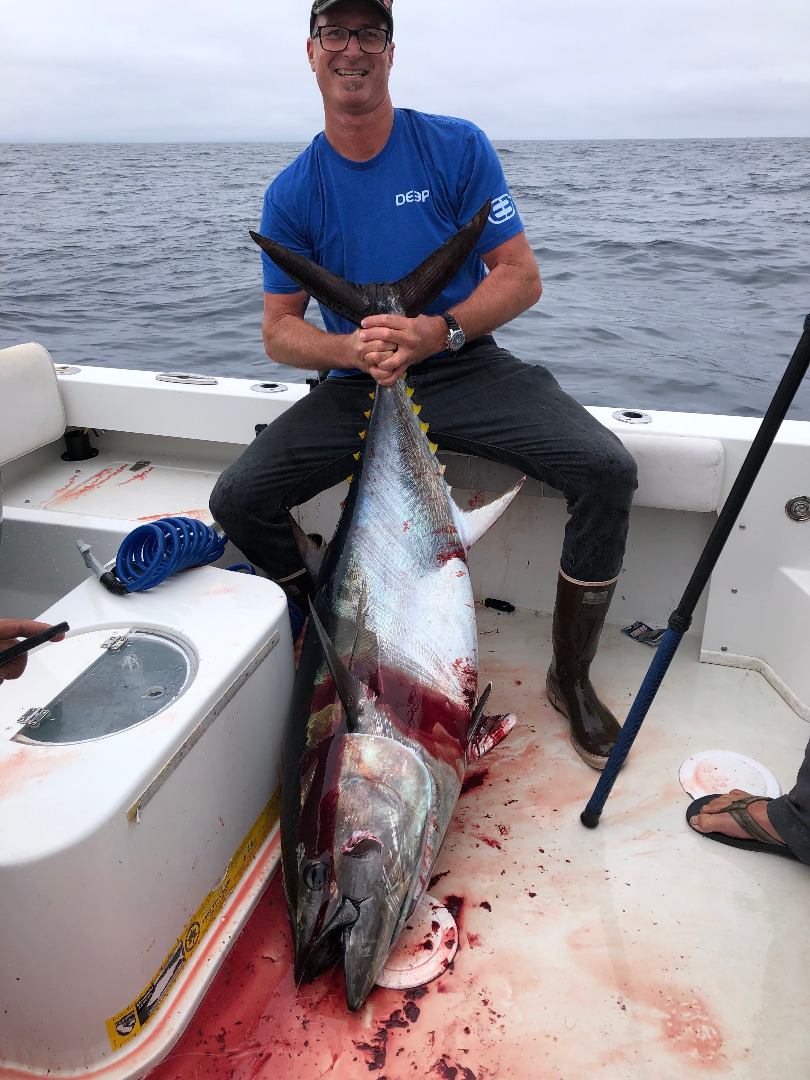 Bluefin Tuna, Bluefin Tuna
Matt Mitchell from Santa Cruz takes a breather on his boat the Silver Lining, after an epic battle with this 140-pound bluefin tuna this week.


Bluefin fever hit Monterey Bay this week.  After weeks of scouting trips, local anglers were preparing to be disappointed this year. The deep blue offshore water was there, some 10-15 miles offshore, and the albacore bite from Oregon has been stretching further south into California’s northern counties. One boat returned to San Francisco Bay a couple weeks ago with a big bluefin caught out near the Farrallon Islands. Last week, a Fort Bragg boat landed a yellowfin tuna that was well over 150 pounds. Why weren’t we seeing any tuna here? And then, we did. See tuna, and catch tuna.  Bayside Marine owner Todd Fraser reported last Saturday “a few” bluefin tuna were caught about 20 miles straight out from the Santa Cruz Harbor.

The tuna are biting slow-trolled mackerel as well as Nomad Mad Mac lures or cedar plugs on a fast troll. On Sunday there were quite a few more boats out in the area some 12-20 miles offshore, but still within the Monterey Bay. More tuna were caught on Sunday and by Monday Fraser reported “There are blue fin from the Soquel Hole to Big Sur.” A few windy days during the middle of the week slowed things down, but the bite picked up again by Friday and especially on Saturday.

It’s a low-percentage game, with most boats making two or three trips before hooking, much less landing, a big bluefin. And they are BIG bluefin. The average size for this group of fish is around 100 pounds. It takes specialized knowledge and equipment to find, hook and land one of these behemoths. They are super-strong and fast. Most fights this week lasted for an hour or more. Some fish were fought for an hour then lost at the boat during their final surge for freedom.

Sunday’s bluefin fishing was slower. There are dozens of boats out there on the hunt. As one can imagine, trailer boats from all over Northern California have beelined for Monterey Bay in hopes of hooking a trophy tuna. We have heard of some friction between the finesse fishermen slow-trolling mackerel 200 feet behind the boat at two knots versus the tuna-lure trollers zipping around at 12 knots. Much like the “fleet” during salmon season, the boats tend to congregate on an area where fish have been caught, causing congestion, frayed nerves and some salty language over the radios.

No one knows how long this bite will last. It could end tomorrow, or might stretch into December. The coming week looks a bit iffy weather-wise with some higher winds and swells that might keep boats on the inside. Our fingers are crossed that the bluefin will stick around and continue to provide high adventure for the big-game anglers on Monterey Bay. 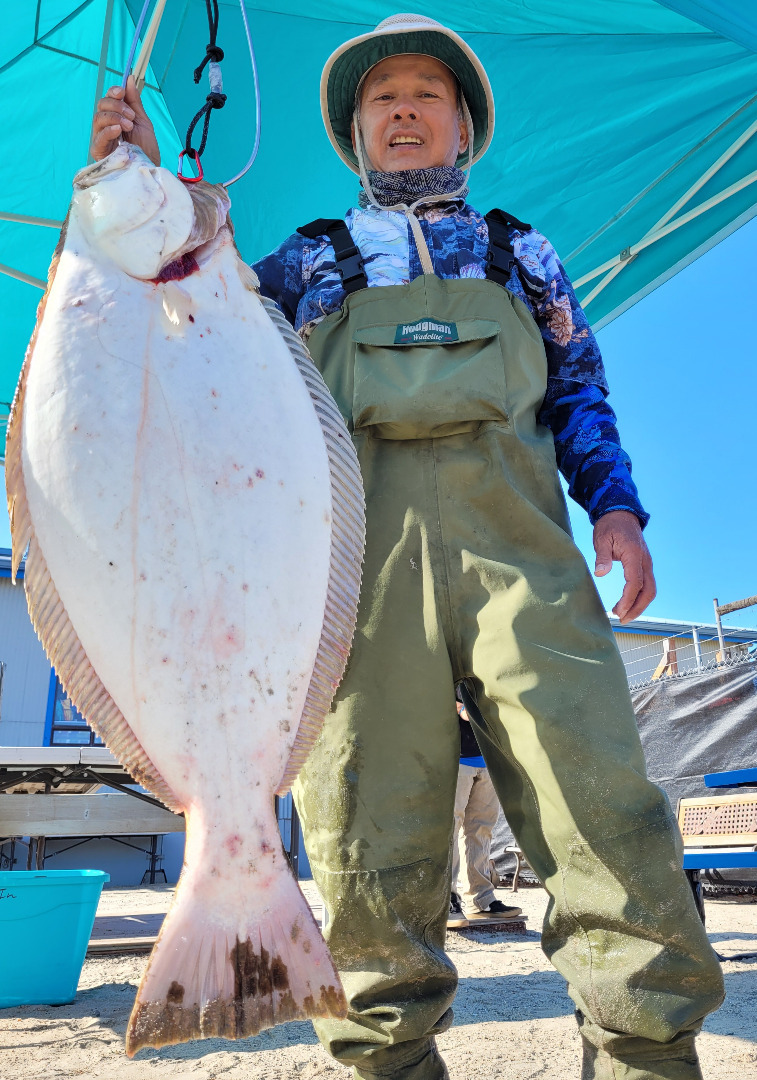 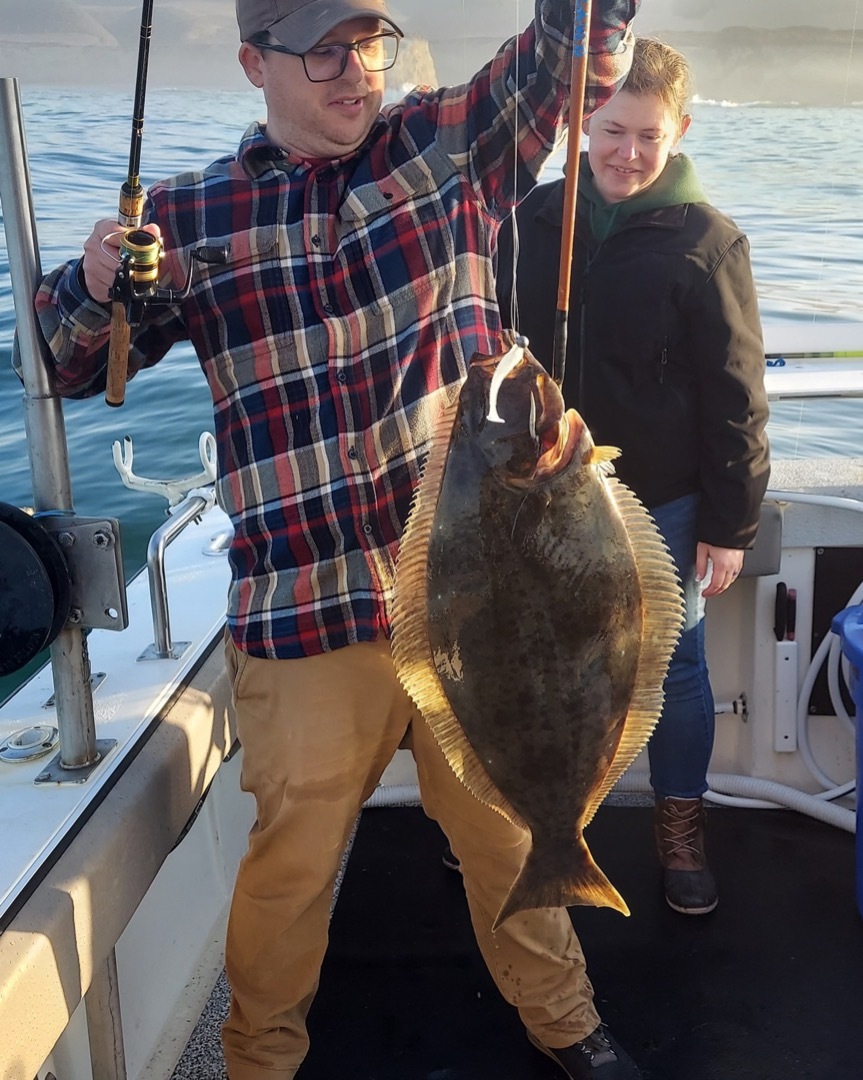