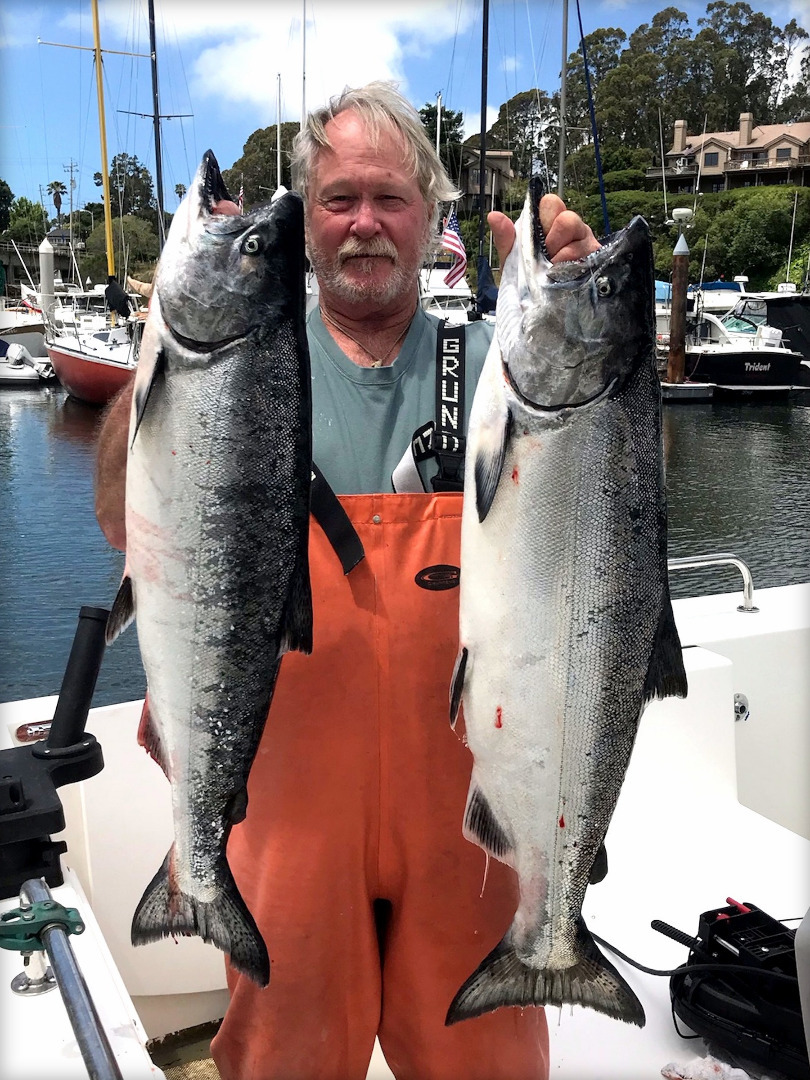 
Less than two weeks to wait, and then it’s salmon season once again on the Monterey Bay.  April 2 is this year’s opener, and we can expect the Santa Cruz, Moss and Monterey Harbors to be quite busy in the meantime as anglers ready their boats to launch. Charter boat fishing operations are sure to be booked for opening weekend as may be expected, but space might still be available on the weekdays. If fishing from a private boat, this is a very good time to recheck all your mechanics, electronics, and safety equipment.

All signs are positive for the opener. It looks like a full season will be approved by the Pacific Fisheries Management Council and the California Department of Fish and Wildlife.  Salmon abundance projections for 2022 stands at 396,500 kings, well above last year’s projection number of 322,137 fish.  And, we’ve received recent reports from anglers fishing for sand dabs near our Monterey Bay marine canyons of abundant bait and unintended bycatch of king salmon on the sanddab rigs.  All salmon caught prior to season opening must be released, of course. The final extent of salmon season this year will be determined during April meetings with the various state and federal agencies. Low numbers of spawners in the Sacramento River system last year might mean mitigation of this years’ season. We will have to wait and see, as usual. April 2 through April 30 is guaranteed at this point, so many anglers will be hitting it hard in the coming month.

Size and bag regulations remain the same as last year. The daily bag limit is two fish per angler per day.  No more than two daily limits may be in possession when the angler is on land. The Department of Fish and Wildlife admonishes, “On a vessel in ocean waters, no person shall possess or bring ashore more than one daily bag limit.” Silver salmon (Coho) may not be taken. Caution and care during release of Coho is advised, to protect this endangered species. Study up again on fish ID and release these fish with as little handling as possible. Best release is in the water with no handling or net involved.

While waiting for salmon season to start, don’t forget about surfcasting for perch.  The coming weekend will have excellent conditions for chasing barred surfperch from beaches near Monterey to the San Mateo Coast. The barred perch prefer a little wave action and the five to seven-foot west swell predicted for the weekend will roil up the sandcrabs nicely. A cloudy or overcast sky seems to help for perch fishing as well.  Don’t be afraid to cast some grubs or bait if it’s raining, the perch can become more active with those conditions. We keep waiting for striped bass to start biting along our beaches, but so far reports have been only sporadic. We may end up with a striper year like 2021, when very few of these hard-charging fish were caught across the season. 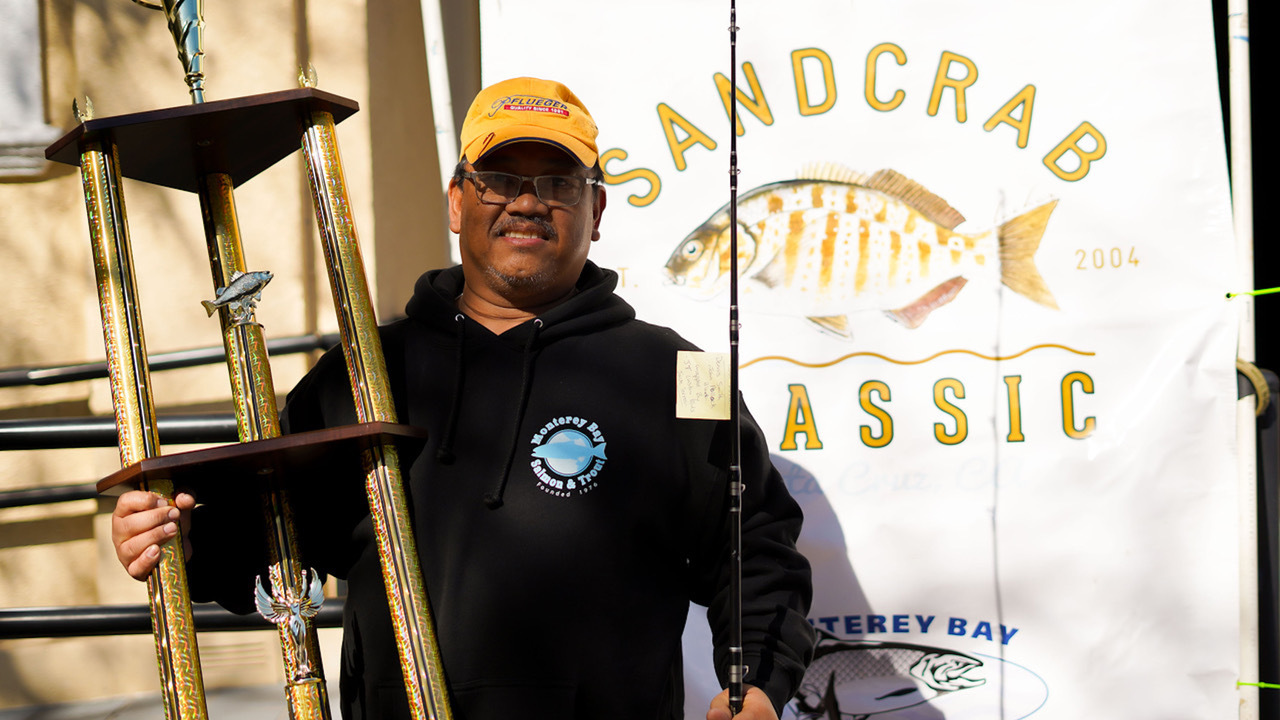 3-18-2022
After a two-year hiatus due to COVID regulations, the famous Sand Crab Classic Perch Derby came roaring back this year...... Read More 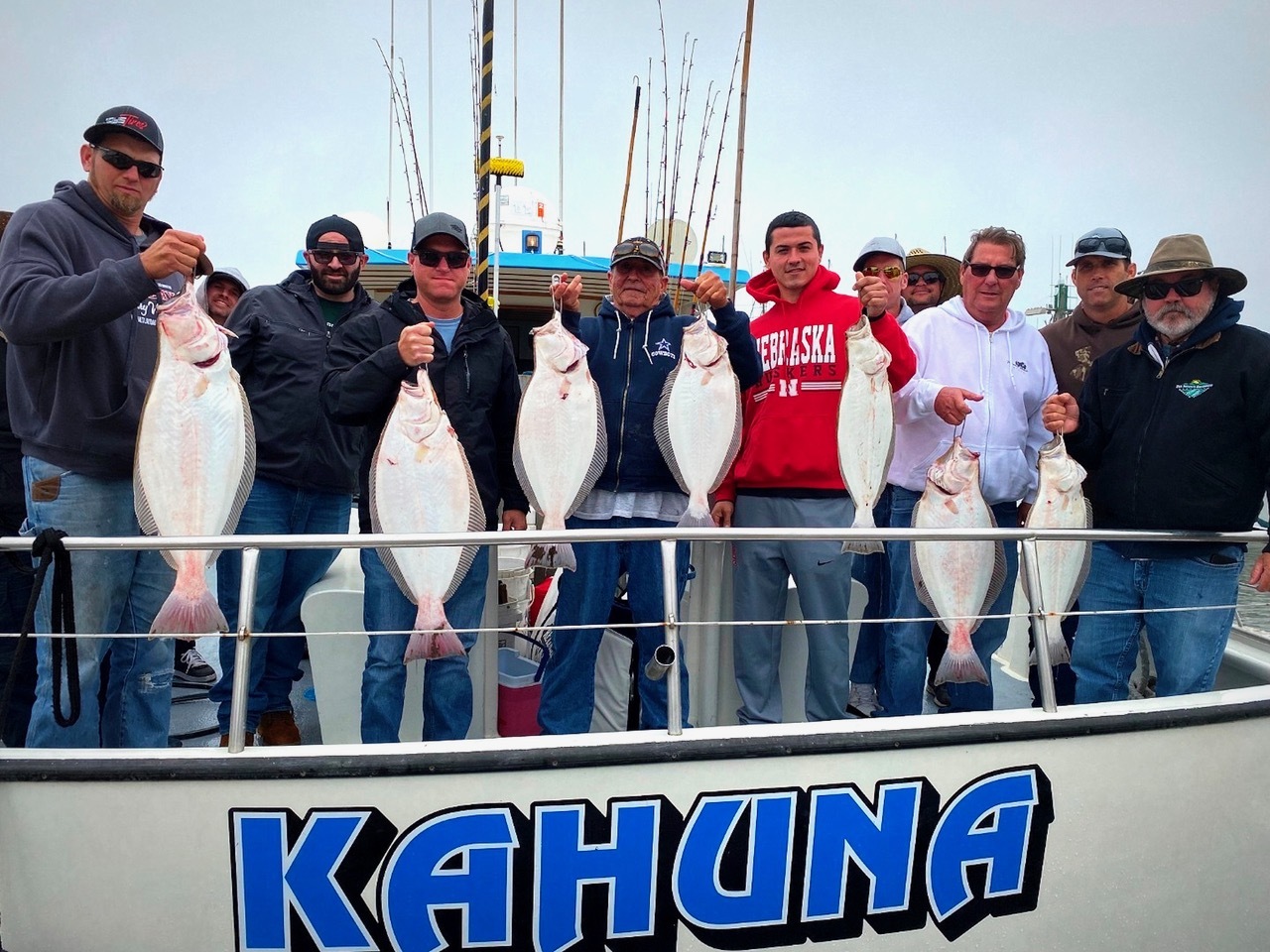 3-11-2022
Monterey Bay anglers continue to enjoy fishing for our wintertime species all across the Bay from Monterey to Santa Cruz....... Read More