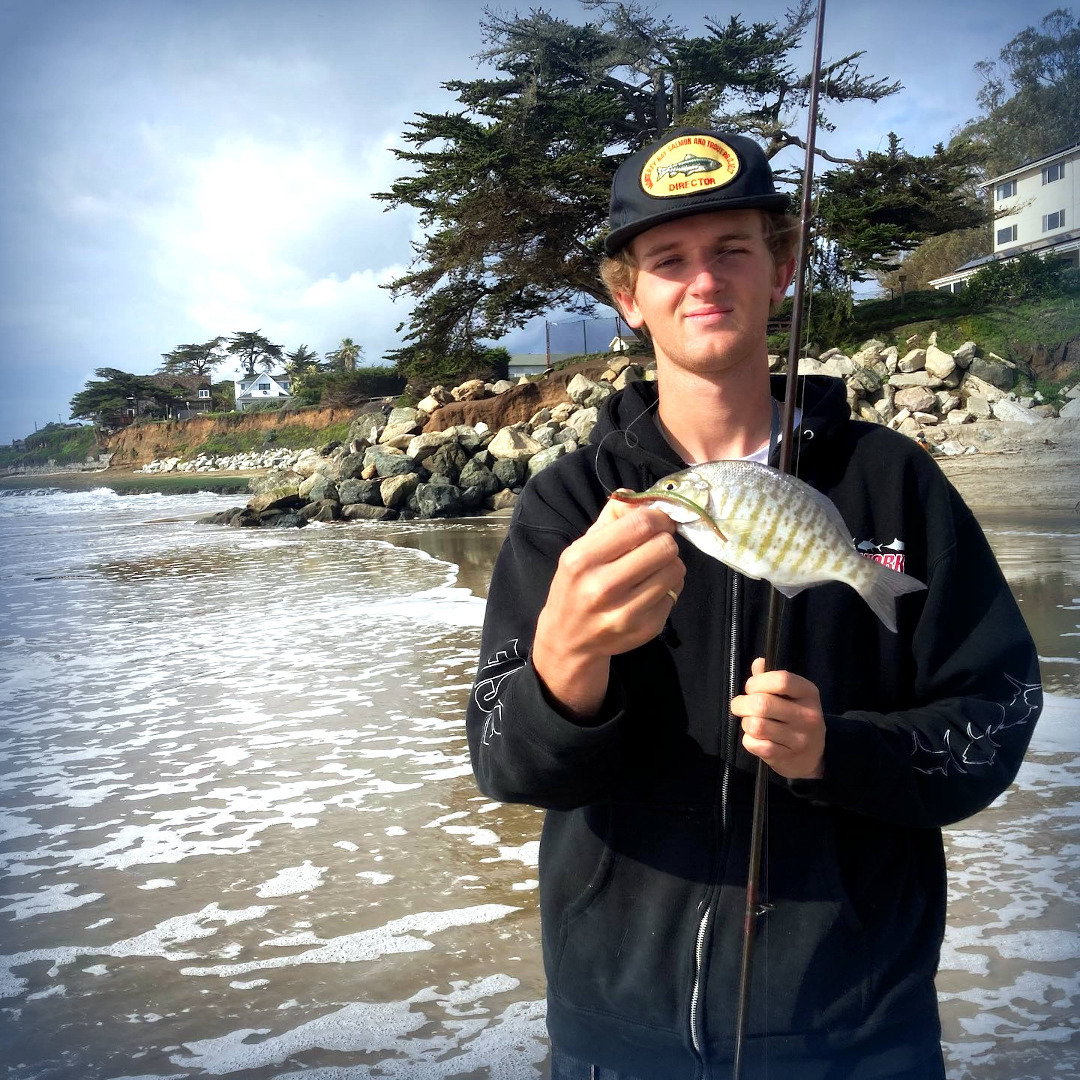 Fisher Baxter from Santa Cruz found a window of sunshine this week along with a couple surfperch wiling to bite.

The word this week is weather. As in, it’s been too snotty to take the boats out. Another much-needed band of rainstorms is sweeping through California, and Monterey Bay is in the high precipitation area. This latest group of storms included gusty winds, nasty waves and even a little thunder and lightning. The forecast predicts stormy weather to continue into this coming week.

With rockfish season closing at the end of the month December 3, charter operations are doing their best to make trips and fill some wintertime gunnysacks with cod before the season shuts down. Chris’ Fishing Trips running out of Monterey managed a few go-outs this week, posting limits of fish on Wednesday for both the Caroline and the Check Mate. The Caroline also brought home four lingcod, while the Check Mate only got one ling, but included 28 Dungeness crab on their combo trip that day. By Friday December 24 it was too messy to get around the corner at Point Pinos. Chris’ fished inside the bay and managed 80 rockfish for the 19 anglers aboard before seeking the safety of the dock.

After New Year’s Eve, we are looking at mostly crab and dab combo trips. Owner Chris Arcoleo is also looking forward to concentrating on the larger Petrale sole available near Monterey. At the end of last year’s winter season, they were posting some remarkable numbers of Petrales. Like sanddabs, the Petrale sole can be found in 120-250 feet of water with a sandy bottom. Most anglers use a sabiki rig for these flatfish. Everything from a #10 to a #4 hook sabiki will work just fine for these fish, especially if tipped with a tiny tab of squid or shrimp.

There are quite a variety of soles inhabiting Monterey Bay, including rock sole, sand sole, butter sole, curlfin sole, rex sole, and flathead sole. The Petrale is the largest of the lot and the most numerous in terms of catch rate in Monterey Bay. Starry flounder are also in the mix and can be caught using the same gear. The sanddab, starry and Petrale have no size or bag restrictions. The “Other Flatfish,” fall under federal groundfish regulations and are subject to standard finfish limits in California “10 fish of each species, limit 20 fish total in combination bag limit,” according to the California Department of Fish and Wildlife.

Surfcasting is good and getting better. The recent storms have roiled the water, and brought down detritus from the upper rivers and creeks. Find some deep water holes and water clear of seaweed  and you will find barred surf perch. As always, keep a safety eye out for floating logs or lumber that can be leg-breakers in the surf. 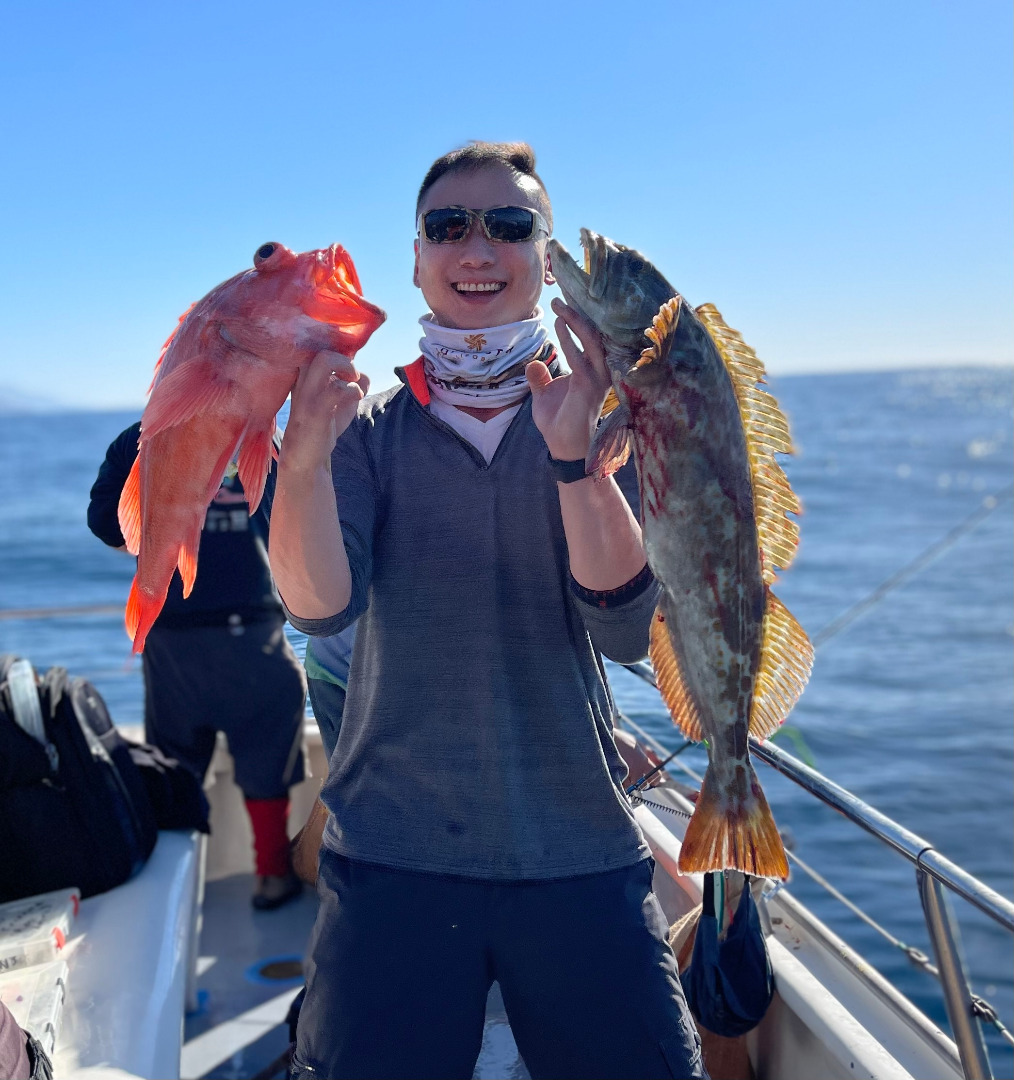 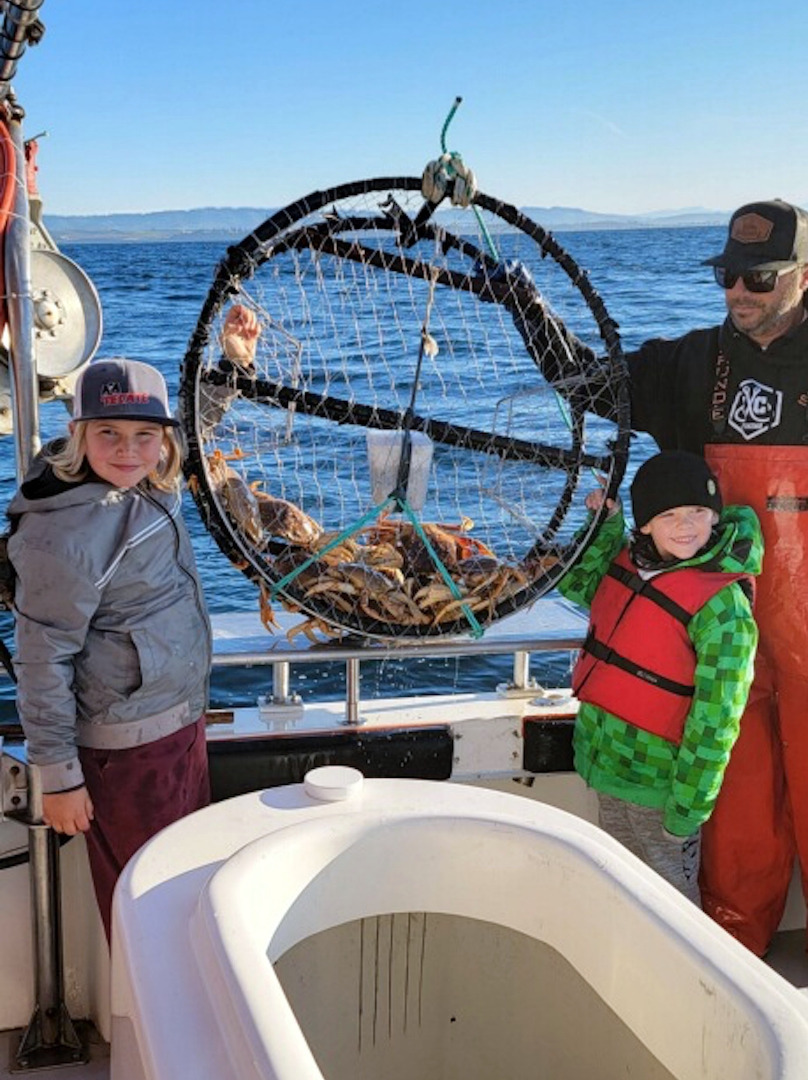 12-17-2021
We finally have a full opening of the recreational Dungeness fishery in the Monterey Bay area. Anglers in the region...... Read More