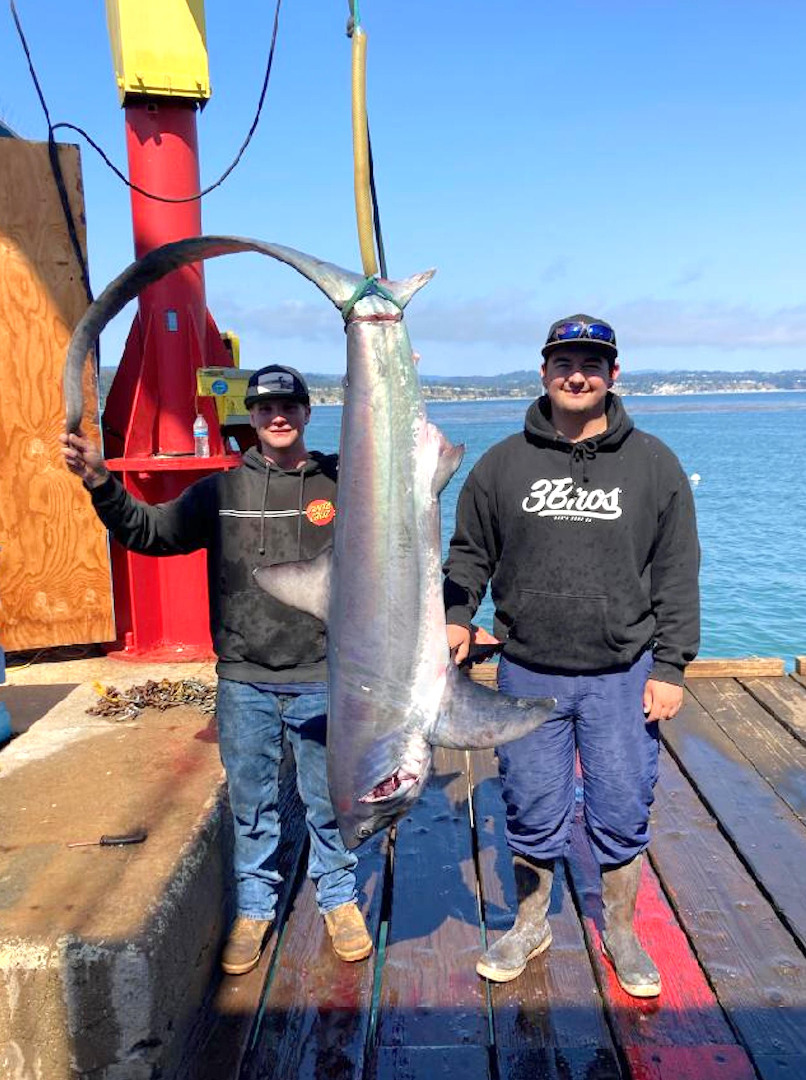 Last week we noted an increase of more “warm-water” fish seen or caught in the Monterey Bay lately. We have seen calico bass caught near Cannery Row, bonito by the Santa Cruz Harbor, an opah (moonfish) washed up on a more northern beach and even a finescale triggerfish caught in hands by noted freediver Jim Russell of Watsonville. We are also seeing an increase of thresher shark hookups, such as the one caught by Julian Renz from Capitola Boat and Bait Friday that weighed in at 103 pounds.

So we were not surprised, but instead very pleased by the first report of the year on bluefin tuna in our area. On Sunday morning, Hulicat Captain Tom Mattusch from Half Moon Bay posted, “Blue fin were spotted off the Half Moon Bay weather buoy and off Point Reyes. The Point Reyes group shut down a salmon bite while on a feeding frenzy.” With luck, we will more of these tuna and, hopefully some albacore this year. Tuna fever may be just on the horizon. In the meantime, there’s still plenty to fish for on the Monterey Bay, and plenty of catching going on as well.

King salmon are firmly in the mix for dedicated anglers in our area. The fish are somewhat scattered, so trolling is providing much better results rather than mooching for these big kings. This week, the fish seemed to pop up at points in the area between the Sand Plant near Monterey and the Soquel Hole, closer to Santa Cruz. JT Thomas on the Miss Beth from Go Fish Santa Cruz scored on Friday morning. JT reported, “We fished at the bottom of Mulligan’s for salmon. Our clients were here from Modesto down here to cool off from the heat. They had eight hookups and landed five nice king salmon up to 23 pounds. There were a lot of whales today.”

Earlier in the week, some boats fished for kings directly out from the Santa Cruz Harbor and near Capitola, and in relatively shallow water. They found salmon willing to bite in water as shallow as 100 feet. On Wednesday kayak fisherman Mark Stamp trolled with a downrigger for a quick limit of sizable salmon. “I'd say it was only about 30 minutes of actual salmon fishing for the limit. Truly, one of those ‘in the right place at the right time’ things. It was within easy kayaking range from the harbor. I had to stop by Bayside and get the big one weighed. At 26.35 pounds, it's far and away the biggest salmon I've caught, and the ‘small’ one had to be pushing 20 pounds, although I didn't weigh that one.”

Rockfishing remains steady with limits being the norm, and larger fish located on the rocky coasts just north and south of the bay. Halibut fishing also remains strong. Any of the flat sandy areas of Monterey Bay can produce flatties right now for anglers fishing 30-70 feet of water. Live bait always works best for the halibut, though frozen anchovies, herring or squid will do the trick. 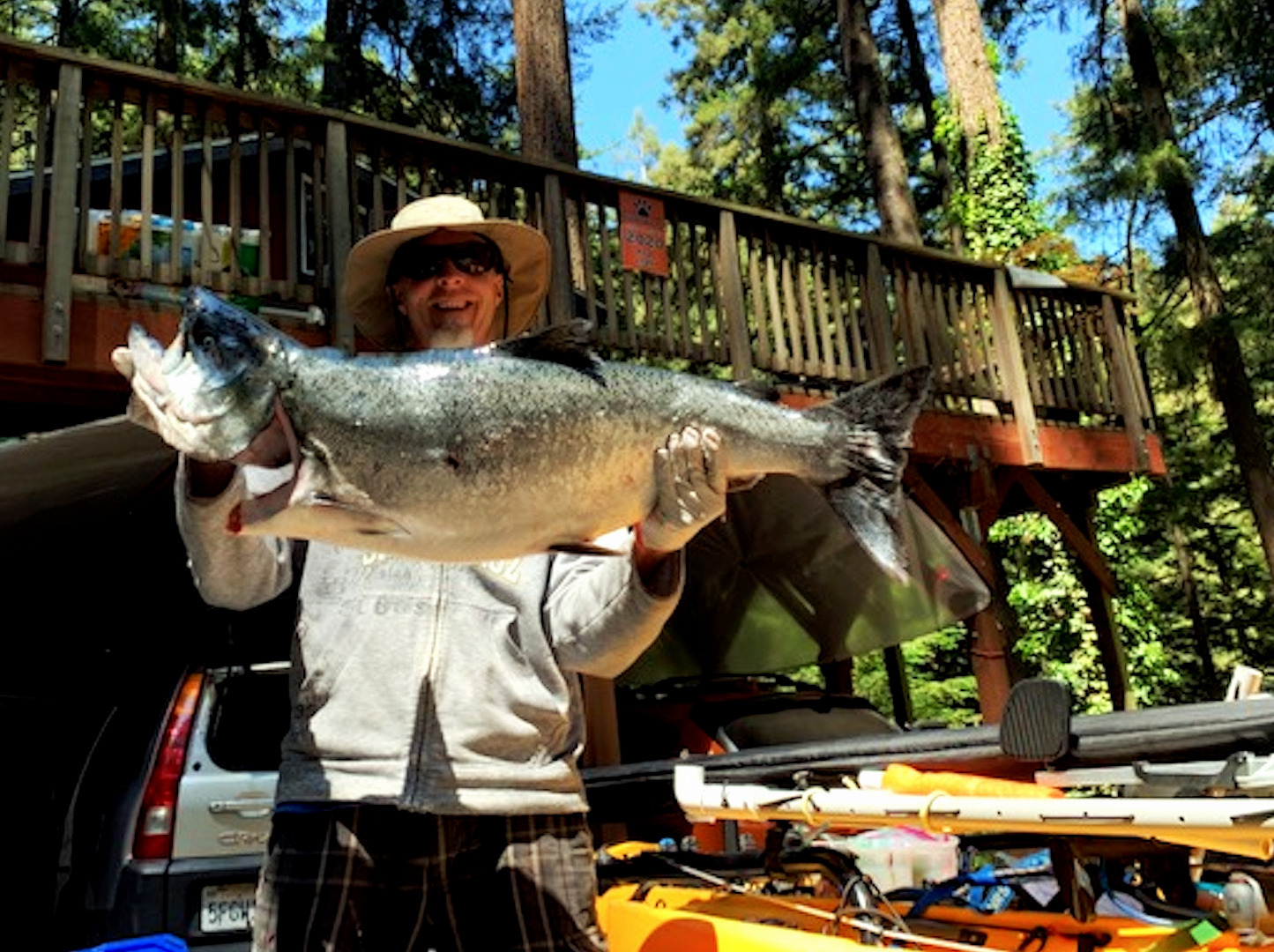 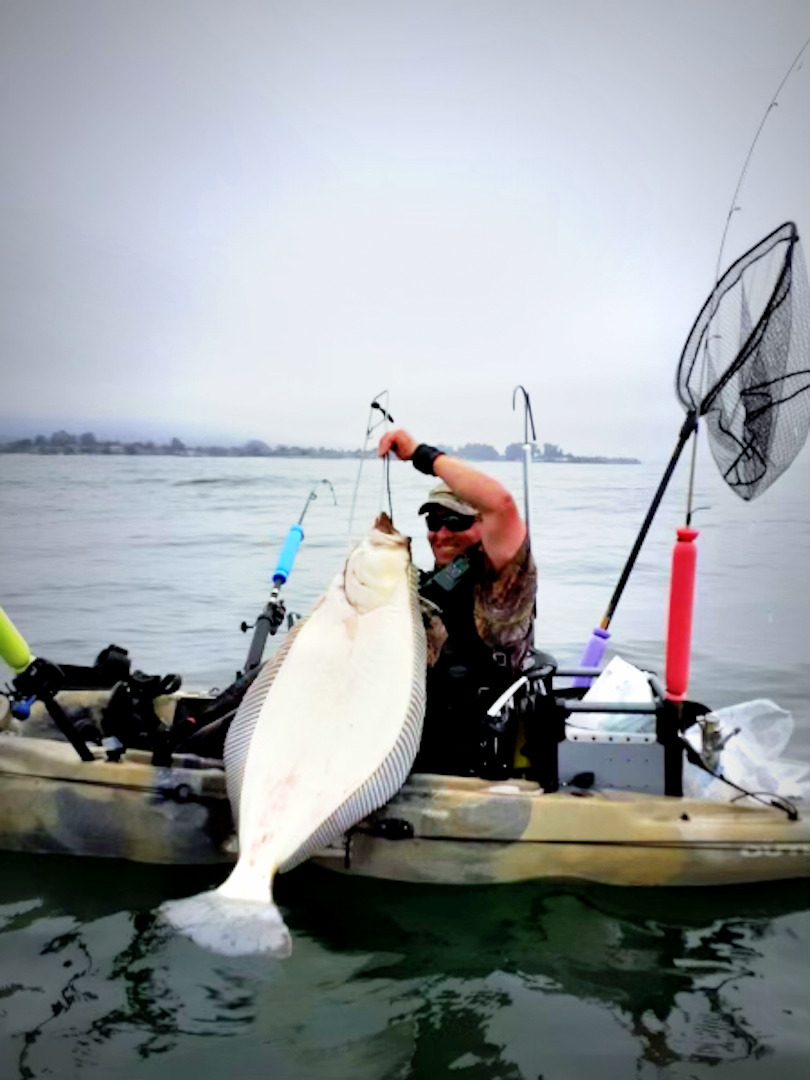 7-16-2021
Finally, the weather conditions are settling in to what we consider a more “normal” summertime pattern. We’re getting a slight...... Read More

Anglers hauling in limits of rockfish from medium, deeper reefs 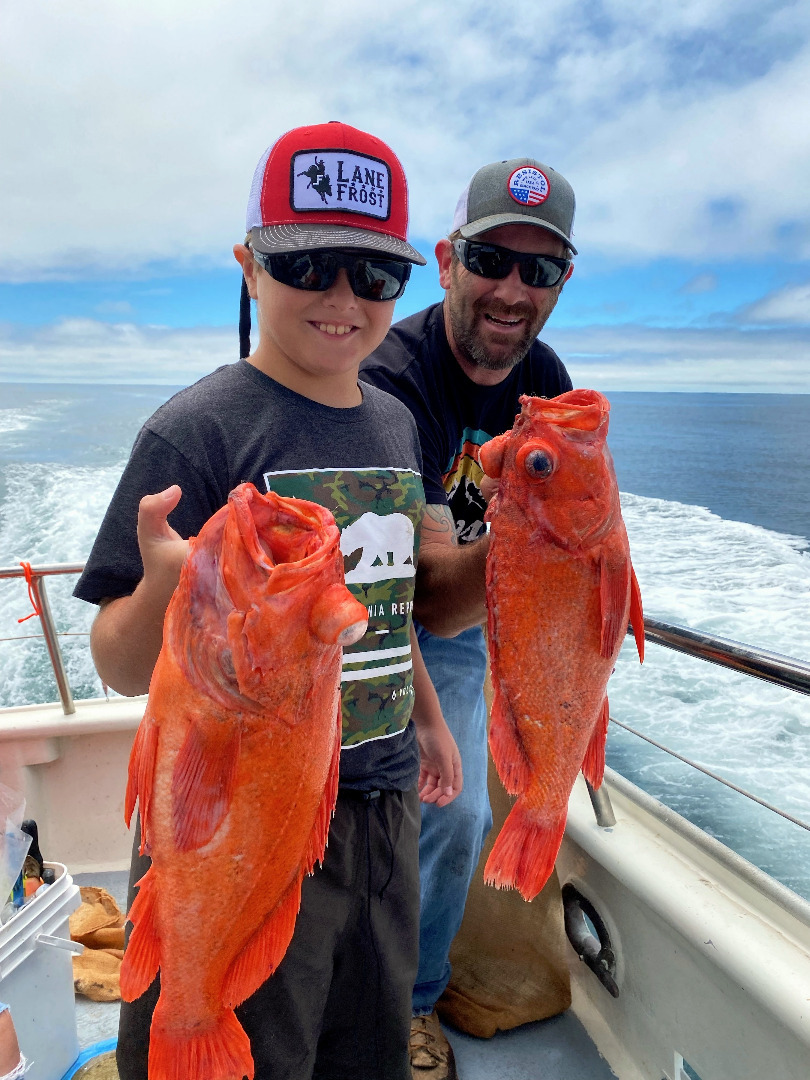 7-9-2021
Finally, the weather conditions are settling in to what we consider a more “normal” summertime pattern. We’re getting a slight...... Read More