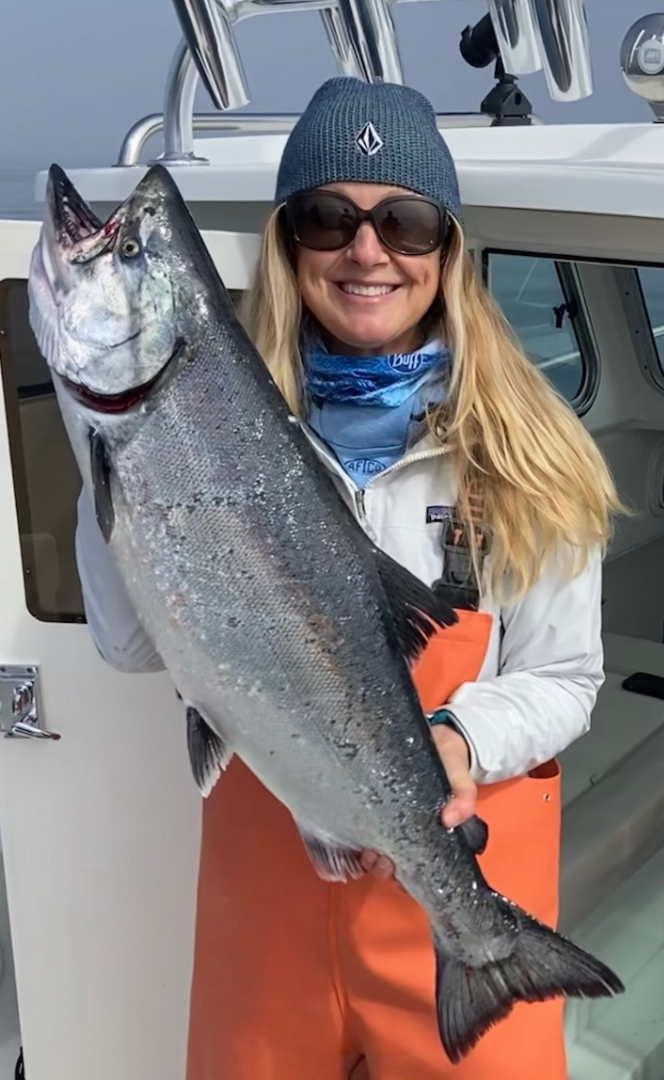 Matt Mitchell on the Silver Lining found the right spot to fish on WEdnesdday. Heather Bonds Performed the hard work, however.

Anglers from the Monterey Bay area have been watching for the big schools of salmon that were reported a couple weeks ago in the Morro Bay/Avila area. As the salmon bite tapered off here in Monterey Bay last week, everyone was anxious to see these fish come up from the south. Well, they are here now. Chris Arcoleo from Chris’ Fishing Trips tracked the salmon as they came up the coast. On Sunday, Arcoleo reported, “We heard reports for a couple days of salmon being caught down near Cypress Point. Those fish have now moved into the bay. Everyone is catching fish. We had ten today, and other party boats caught up to 15. A lot of private boats got their limits.“ Chris also sends rockfish trips out, and weather conditions allowed them to make it down to the vaunted Big Sur area reefs. “For the rockfish, we’re getting limits.” Arcoleo said. “Very good fishing yesterday on the Point Sur stuff. We got limits of reds, lings and what have you.” Friday’s rockfish trip on the Check Mate counted 220 rock cod and six lings for the 22 anglers aboard.

Kahuna Sportfishing from Moss Landing saw their salmon counts rise steadily this week. Thursday’s trip netted just two kings for eight anglers aboard the Kahuna. On Friday they caught four, and Saturday’s trip saw nine king salmon in the box. The Kahuna is a mooching boat, and owner Carol Jones pays close attention to details. “Working your bait through the water column is key to catching a salmon. Anglers who did that caught fish. These are a nice grade of fish. We’ll be back at it tomorrow.” Jones said. For the longer view, Jones added, “What we need are some anchovies in the bay. Those fish will come up here. We need large bait schools to keep them here for a while. And these salmon want moving bait. It’s sometimes hard to get clients to be persistent. You have to keep working your bait. We went up to Pigeon Saturday. Those guys did OK, about a fish a rod. I think we’re going have a long season and I think it’s going to happen as long as we get good upwelling. It looks like that is going to start this week with strong northwest winds. That's what feeds the anchovies They love it, and consistent upwelling will keep these fish here. I don't mind sitting at the dock for a couple days due to heavy winds when It means there's going to bring big anchovy schools. It's the best for the mooch bite."

As the week progressed, more and more boats are reporting limits of big fish, with schools concentrating near Mulligan’s Hill, and both the east and west edges of the Soquel Hole. On Tuesday Go Fish Santa Cruz Charters reported, “Captain JT took the clients, which included some good friends Derek and Jeff, to fish at the big canyon. They landed ten nice salmon, another four came unbuttoned. Jeff reported ‘it was an awesome day on the bay’. Derek reported ‘you couldn’t find a nicer boat and crew around’.“ Skipper Tom Joseph on the Sara Bella checked in on Tuesday. He reported full limits for his four-pack saying, “East side of the hole in the canyon, 50-75 feet on the wire using spoons.” Multiple private boaters are doing well running red flashers once it gets sunny. This is a krill bite as there are few anchovies in the bay at this time. 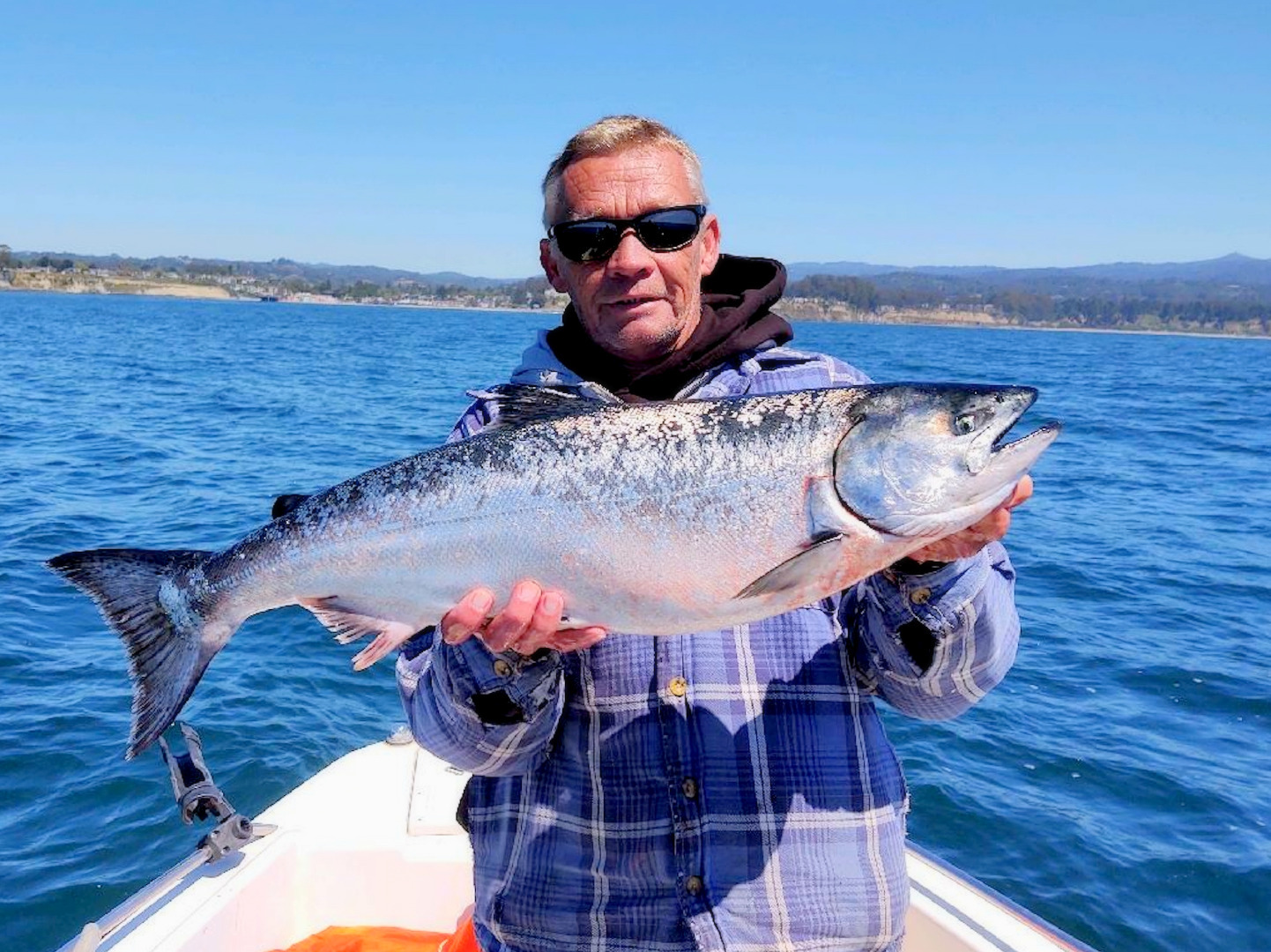 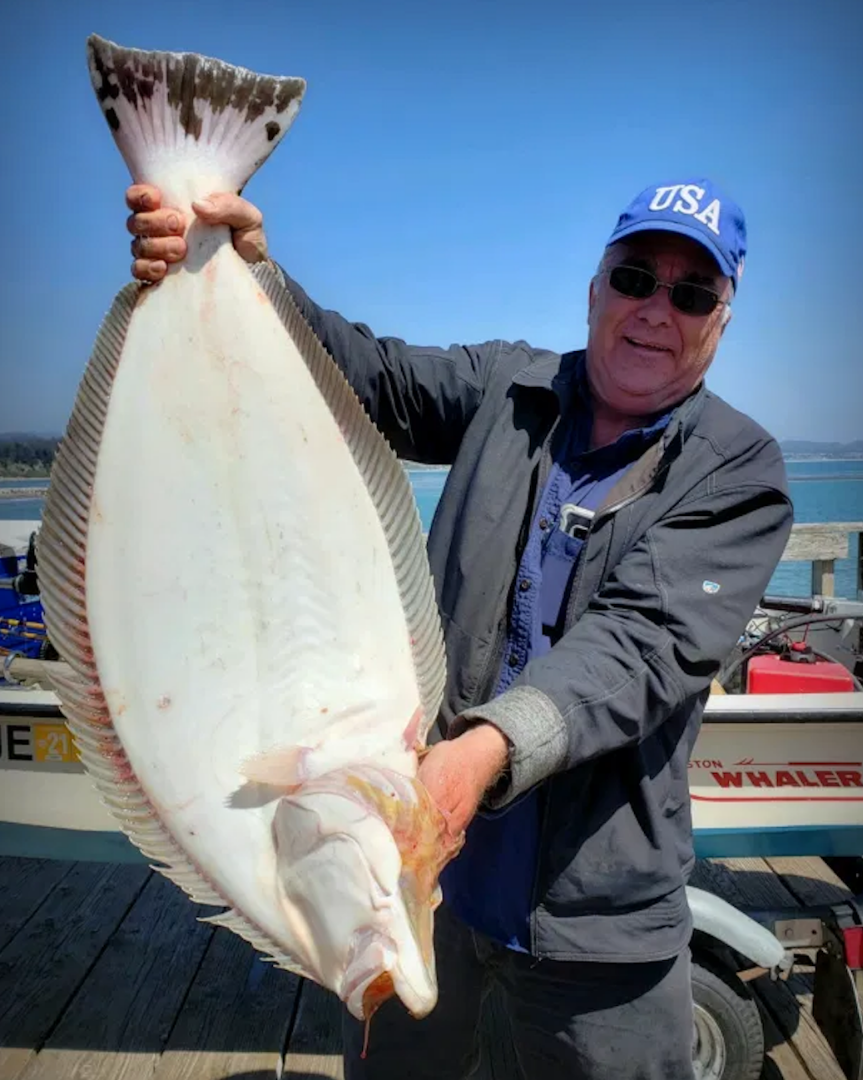 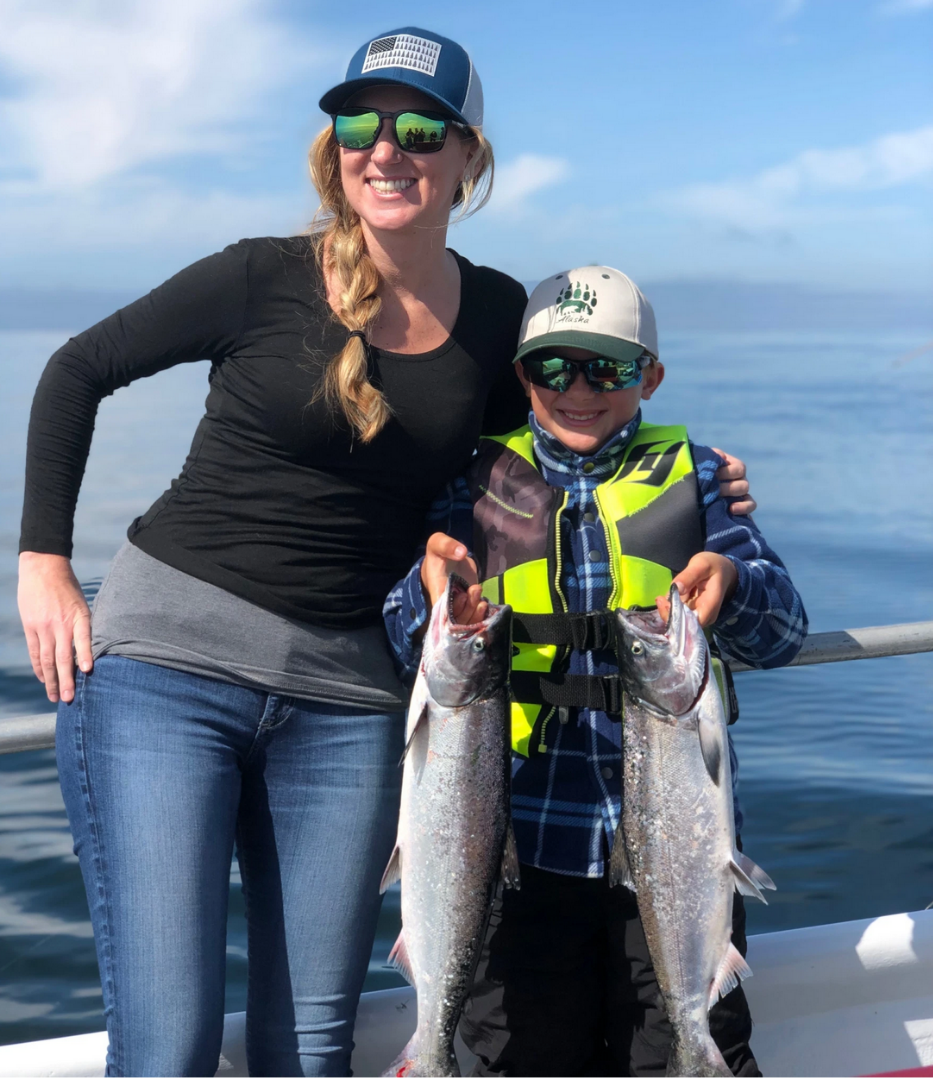