Most charters report a salmon per rod on opening weekend 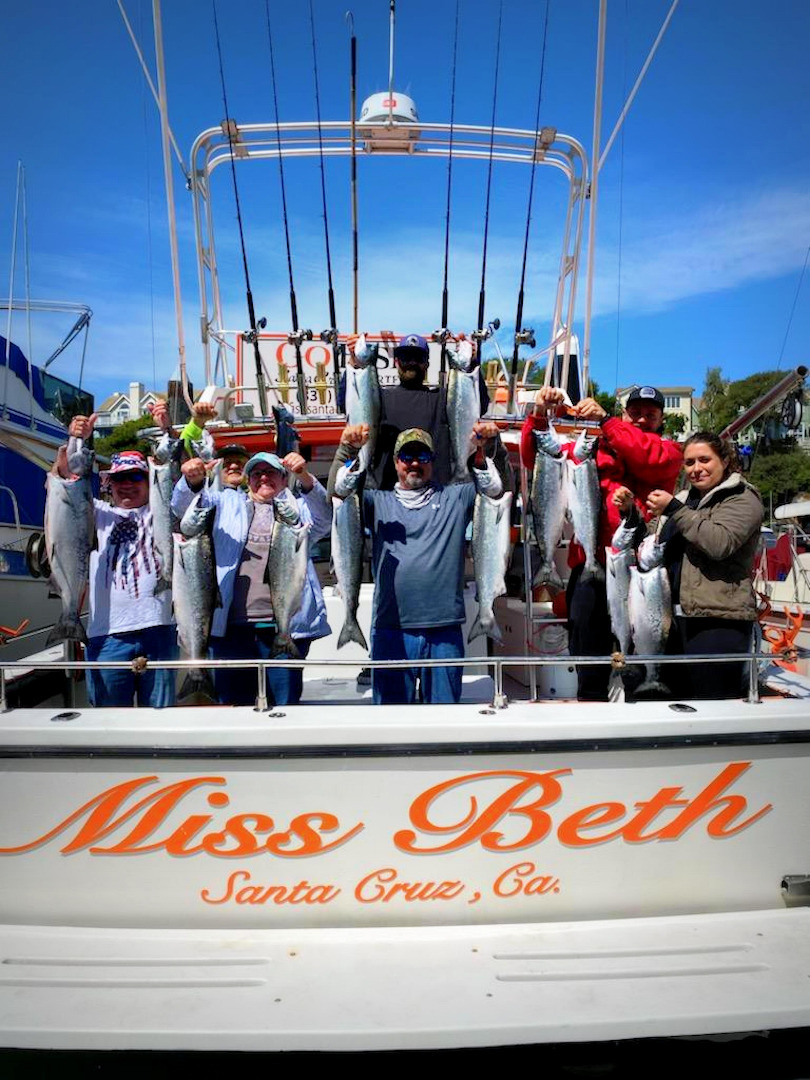 A full load and full limits of king salmon including crew fish was the story by 11 a.m. on Wednesday morning for this group aboard the Miss Beth from Santa Cruz.

From the beach at Salinas Rivermouth, in the darkness before dawn, a glittering stream of lights dominated the near horizon. These were all sport salmon boats getting the jump on opening day. As Saturday progressed we received very positive reports from a wide variety of locations around the bay.

Near Monterey, Mulligan’s Hill and the Soldier’s Club were producing fish for both trollers and moochers. The best concentration of salmon schools on Saturday seemed to be from Moss Landing to the west side of the Soquel Hole. Reports indicated that most boats were landing at least one fish per rod. Of course, a number of hot sticks got their limits early and were back at the dock by 10 a.m.

Charter boats with bigger loads took a bit longer to get their fish. But the kings are definitely out there and they are biting, which mades for happy anglers on this year’s opening day.

Chris’ Fishing Trips in Monterey reported 18 salmon for 16 anglers on Saturday. The Kahuna, operating out of Moss Landing, netted 20 chinook salmon for the 15 anglers aboard. Both of these operations rely on mooching, or drifting bait. This can be a deadly effective technique for catching salmon and is certainly more exciting as the anglers set the hook themselves and the fight involves much lighter gear. The vast majority of Monterey Bay boats are trolling, finding success with a variety of lures and baits.

Other private boaters did well trolling salmon spoons behind flashers.

Since Saturday’s opener, salmon fishing has remained decent with most boats still averaging a fish per rod, and full limits not uncommon.

Keith Arcoleo from Chris’ Fishing Trips in Monterey noted, “There’s a tendency for these fish to scatter with all the commotion a fleet of fishing boats can cause on the surface. Plus, the wind was a bit stronger today. We ended up with 32 kings for 23 anglers aboard the Check Mate and the Star Of Monterey on Sunday.”

A number of boats fished north of Santa Cruz up to the Pigeon Point line and the numbers held up.

As the week progressed, the bite (and the fleet) centered in on the Moss Landing/ Mulligan’s area. Reports indicate fishing on the edge of the deep marine canyons by Moss Landing, Soquel and Pajaro Holes also remains productive with good dark water loaded with krill. Go Fish Santa Cruz stayed within the bay, finding salmon every day, including a 20-pounder on Tuesday, caught by “Big Game” Bill Tittle, and full limits plus crew fish for Wednesday’s trip. 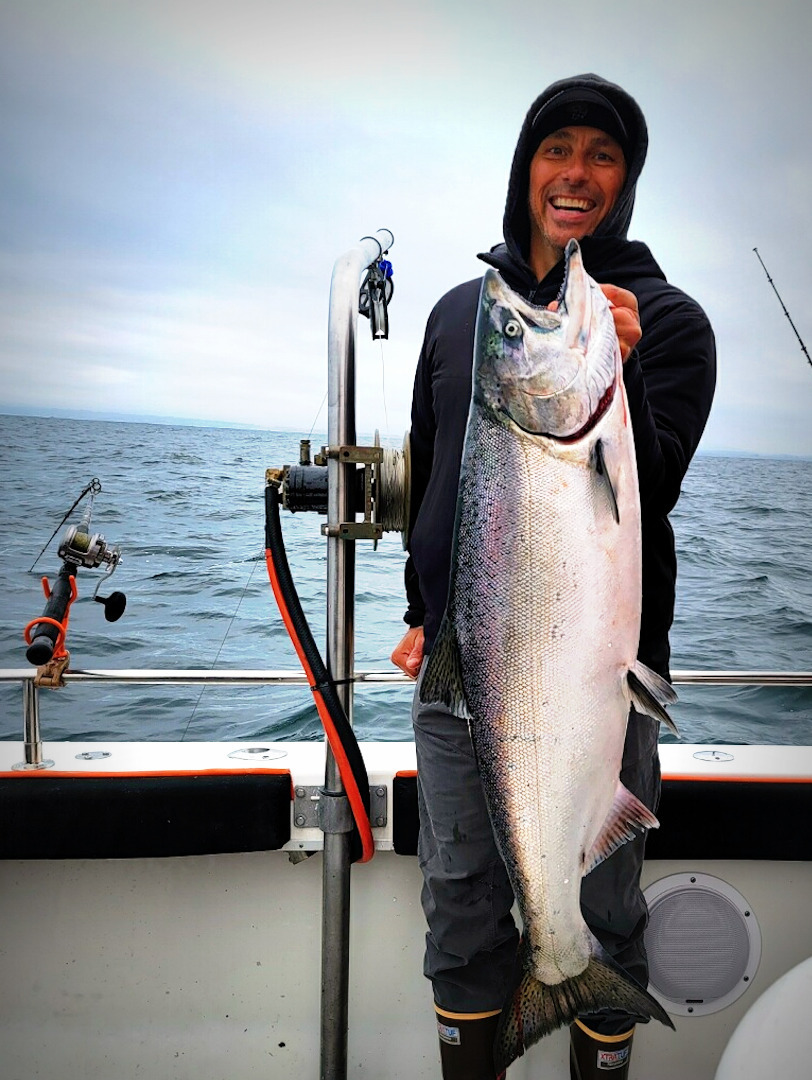 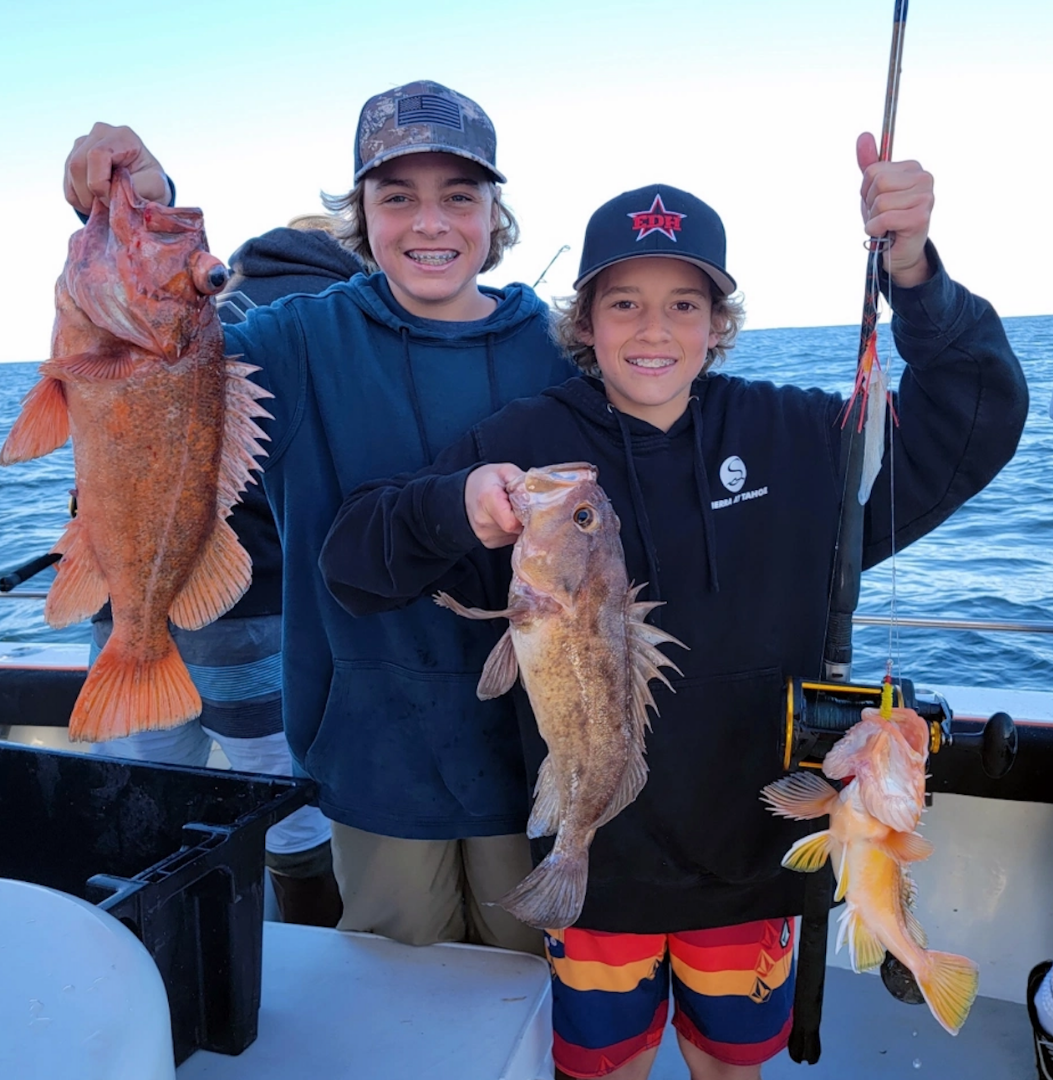 4-2-2021
John Thomas from Go Fish Santa Cruz had a stellar report on Thursday morning from the wheelhouse of the beautiful...... Read More 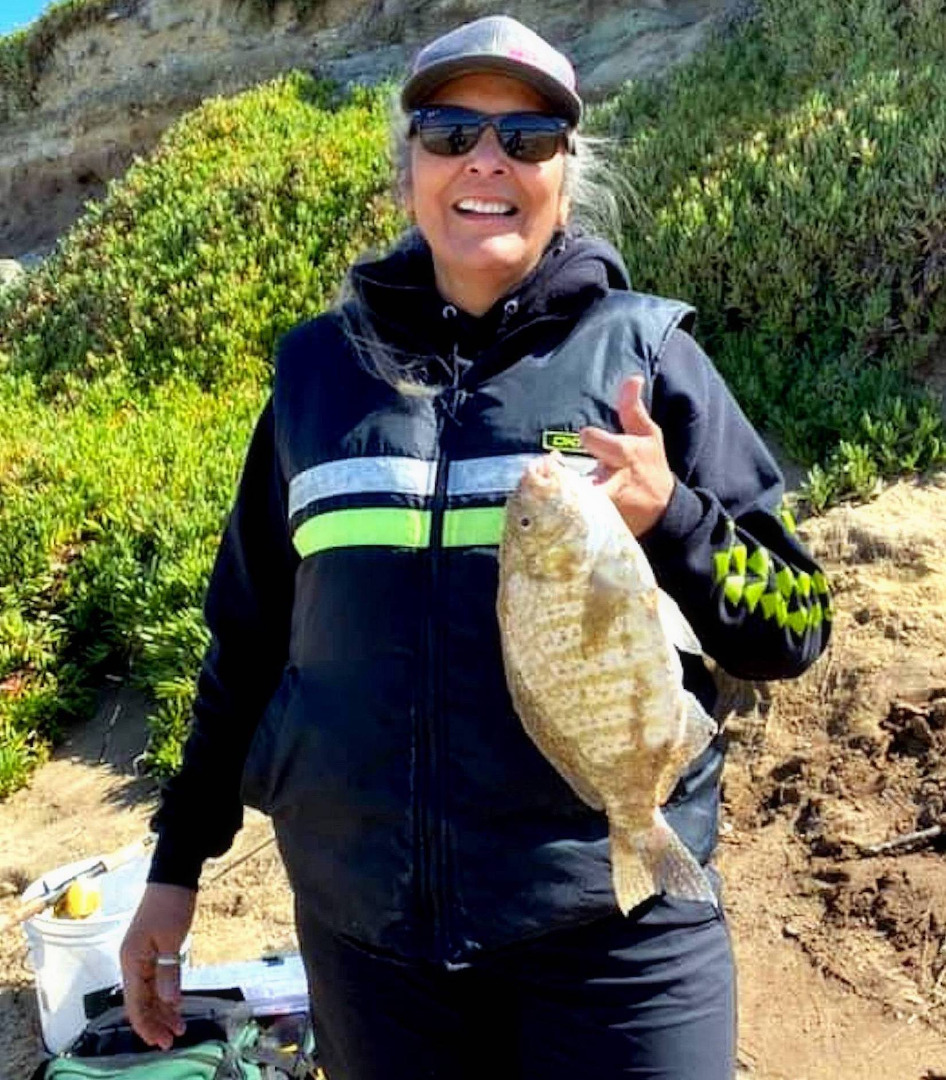 3-26-2021
Since its inception in 2005, the Annual Sand Crab Classic Perch Derby has become an institution among the surfcasters of...... Read More