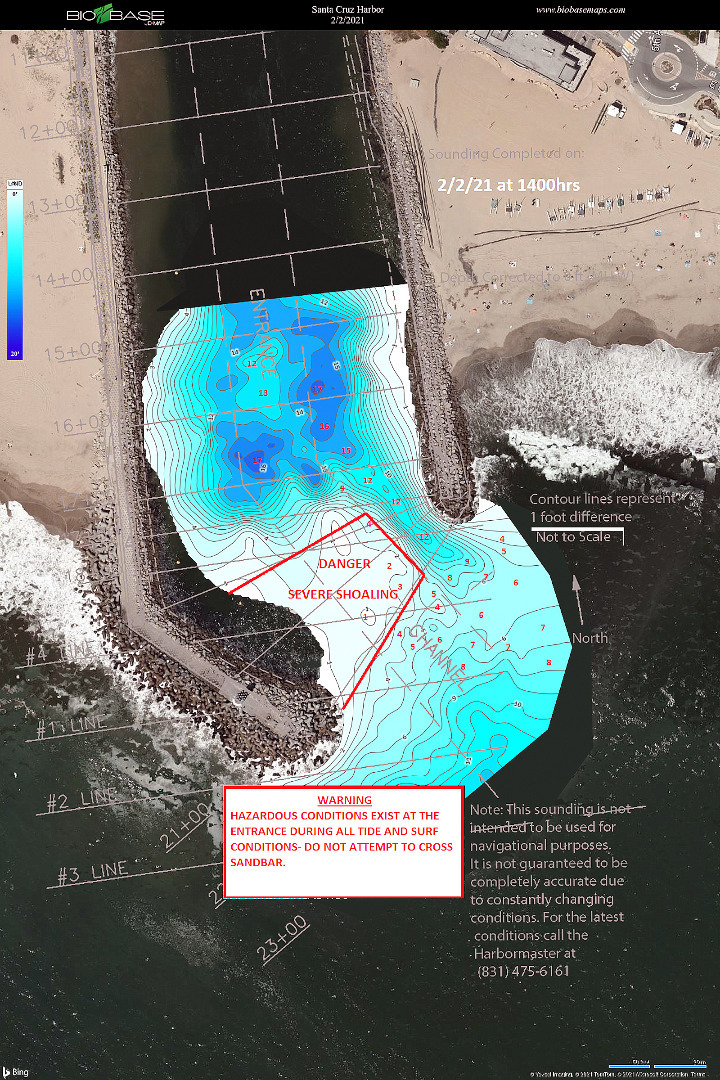 Weather and sea conditions continued to be the dominating factor for anglers on the Monterey Bay this week. A number of days were unfishable due to uncomfortable or dangerous conditions caused by large swells, high winds and steep messy chop across the bay. According to the National Atmospheric and Oceanic Administration, the three to four week forecast indicates a probability of lower than normal precipitation for the west coast. Such a forecast would likely include a lessening of high wind activity. A high pressure ridge near Alaska may serve to prevent any big storms from developing in that area which in turn could mean more manageable swell conditions for the surfcasters.

The Santa Cruz Harbor entrance channel remains fully shoaled at this time. Harbor officials are very definite in their warnings to mariners regarding these extreme conditions, saying, “Severe shoaling, breaking surf, and hazardous conditions exist in the harbor entrance during all tide and surf conditions. Mariners are advised not to attempt to transit the harbor entrance until depths can be restored.” A couple weeks without giant swells to deal with will certainly be good for the hard-working dredge operators tasked with removing about 30,000 tons of sand that were deposited by each of our big swell events lately.

We have mentioned in previous reports how Chris’ Fishing Trips from Monterey strives mightily to get their boats out as often as possible. They managed again last weekend for a couple very successful trips. On Saturday Chris’ reported 200 sanddabs and 20 Dungeness crab for the 12 anglers aboard the Check Mate. Sunday’s trip did even better with a whopping 550 ‘dabs and 47 crab caught by 11 anglers aboard. Owner Chris Arcoleo has noticed quite a few petrale sole caught in recent weeks. Sunday’s trip on the Check Mate caught 20 of these larger (and delicious) flat fish. Fishing for sole looks so promising that Chris’ is going to concentrate on them next week. On Monday February 8, Chris’ will be specifically targeting petrale sole as well as mackerel and sanddabs. That will be a good trip to be on.

Surfcasting for perch is slowly but steadily getting better. With the ferocious waves and nearshore currents lately, it seems that only the bigger perch are taking the bait. A few dedicated surfcasters have found pockets of deep water on the inside where perch are stacking up nicely. Best advice for this week is try to fish an outgoing tide, and look for cuts or pockets right on the edge of the sand. Make short casts to the deeper areas, and let the sideways current swing your bait past you. Keep the slack out of your line and be ready to instantly set the hook. 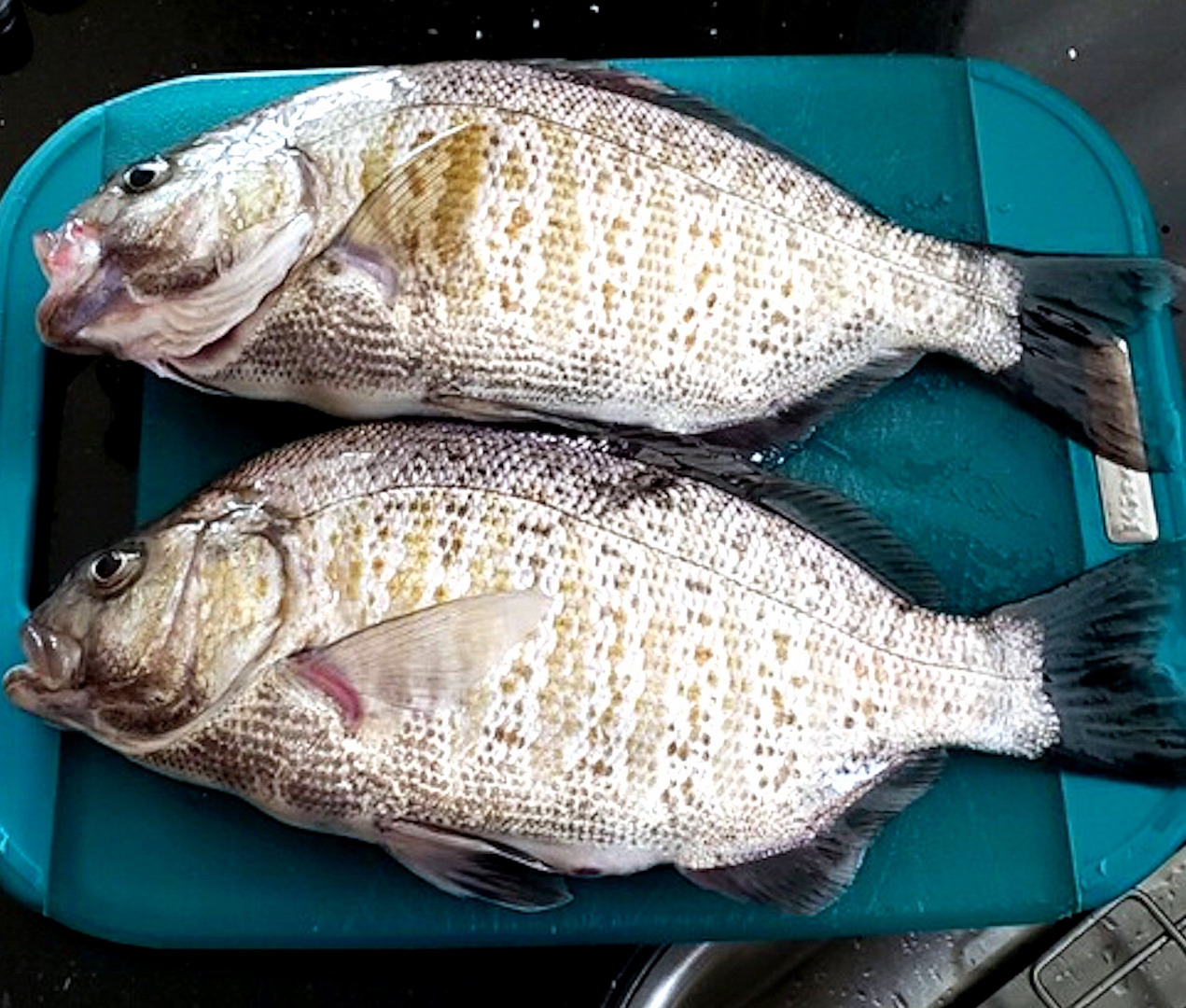 1-29-2021
Uncomfortable, even dangerous weather conditions persisted over the Monterey Bay area this week. The coming weekend weather is forecast for...... Read More 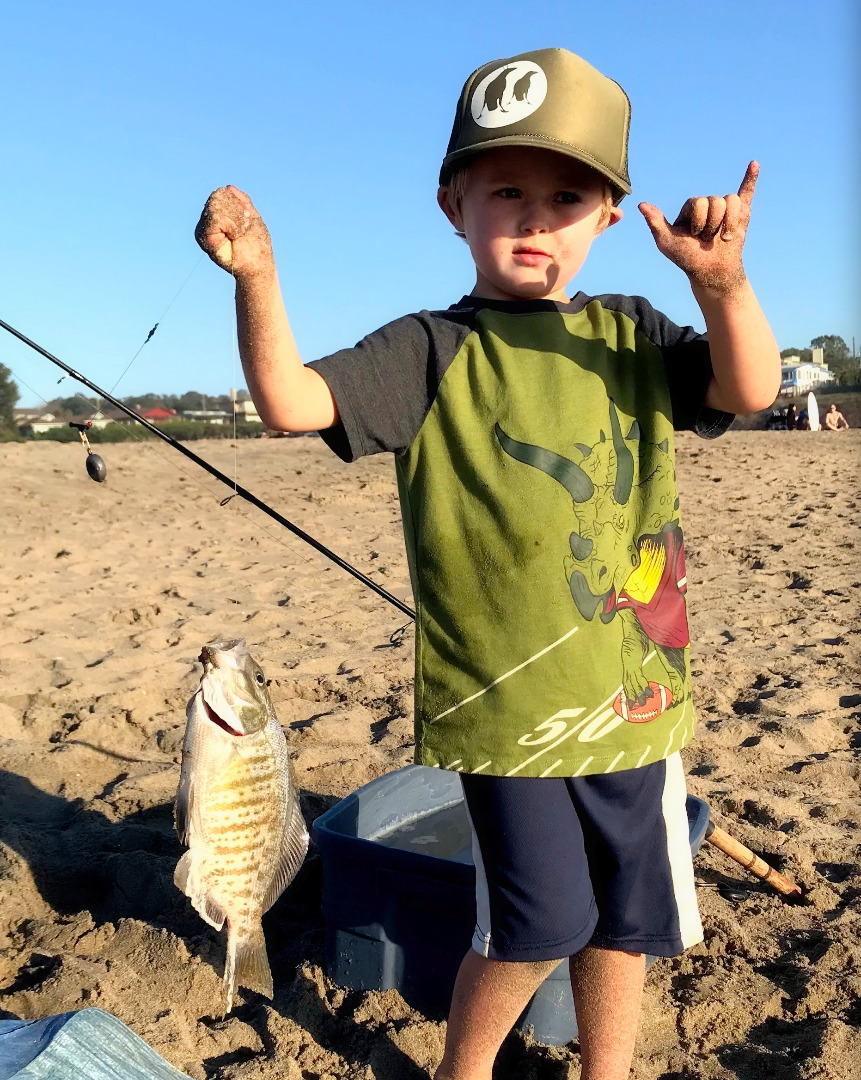 1-22-2021
We have a little surfcasting window between all the giant swells this week. Canny anglers took advantage to hit their...... Read More