Wave Train Has Left The Station

Apparently the wave train has left the station. We’ve had a series of big northwest swells now that affect fishing from the beach out to deep water. Surfcasting for perch was an exercise in patience this week, with pounding shore break and heavy currents. Anglers who hang in there and keep casting can be rewarded with a big slab surf perch. These large adults seems be the only perch strong enough to brave such boisterous nearshore waters

Chris Arcoleo of Chris’s Fishing in Monterey reported half to full limits of rockfish for their trips last weekend. A few bonus lingcod were picked up as well. As for the crabbing situation near Monterey, Arcoleo reported via Dave Hurley author of the weekly hurleychronicles.com, “The Dungeness crab counts have been low overall as the biomass of crab is lacking in our area. There is plenty of room on the combination trips during the week and also on the weekends. The south wind made for tough conditions over the weekend.” Chris’ will continue to operate rockfish/crab combo trips through the end of the month.

We are not sure exactly where the Kahuna went last Friday, but it was a full day trip. We would assume that means the Big Sur environs. Fifteen anglers brought home full limits of 150 rockfish. Five lingcod were also caught on that trip.

Captain Rodney Armstrong from Santa Cruz Coastal Fishing Charters reported “It has been off and on for fishing. Some days we get limits and somedays have been really poor fishing do to the big ground swell. The few crab trips have still resulted in limits, just have to run a lot of traps. Hopefully when this big swell goes away we can get back to some good fishing!

CDFW Press release from Friday December 11 provided some good news for commercial Dungeness crabbers and consumers alike. In the missive they said, “the California Department of Fish and Wildlife (CDFW) will open the commercial season statewide on Wednesday, Dec. 23, 2020, allowing the fleet a chance to get Dungeness crab on California tables before the holiday season ends.

This statewide opener ends delays in place due to meat quality in the northern management area (NMA) and the potential for whale entanglement in the central management area (CMA). It also gives the fleet ample time for planning and gear preparation and promotes an orderly start to the fishery.”

John Del Rosario from Watsonville and Robert Hirsch from Santa Cruz just returned from an 11-day long-range trip aboard Royal Star with Co-Captains Tim Elkstrom and Brian Simms.. The boys found outstanding fishing in Mexican waters with jumbo yellowtail, speedy wahoo and high-grade bluefin tuna all coming over the rail. Hirsch’s big fish was a 170- pound tuna. DelRosario said, “ My big wahoo was 39 pounds but the biggest on the boat went 70. I lost a big tuna, but caught tons of peanuts for chunk bait. Landed a few on light kayak gear, which was a blast!’ 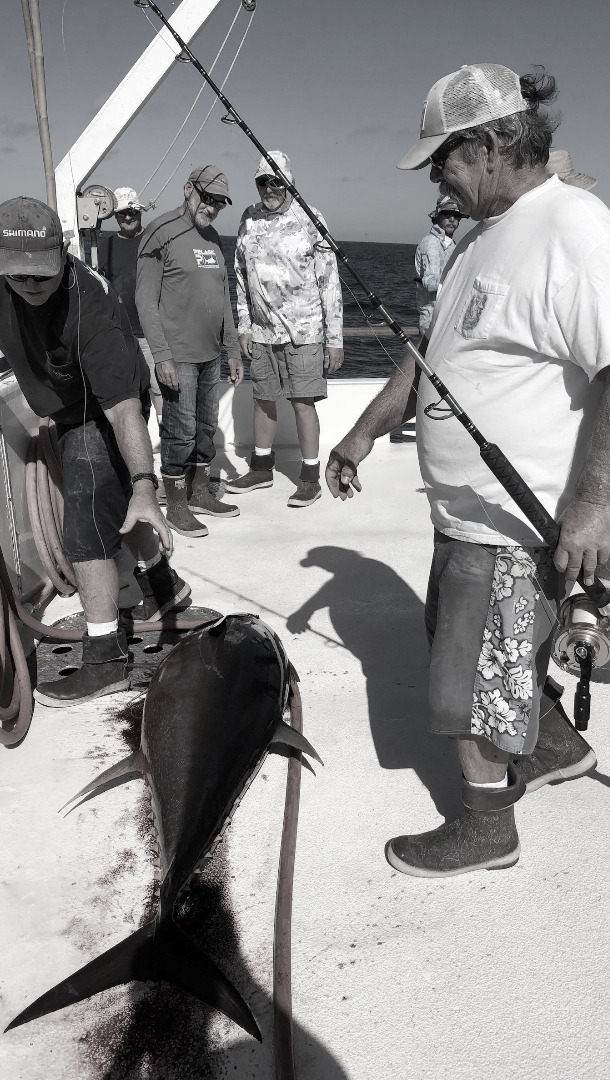 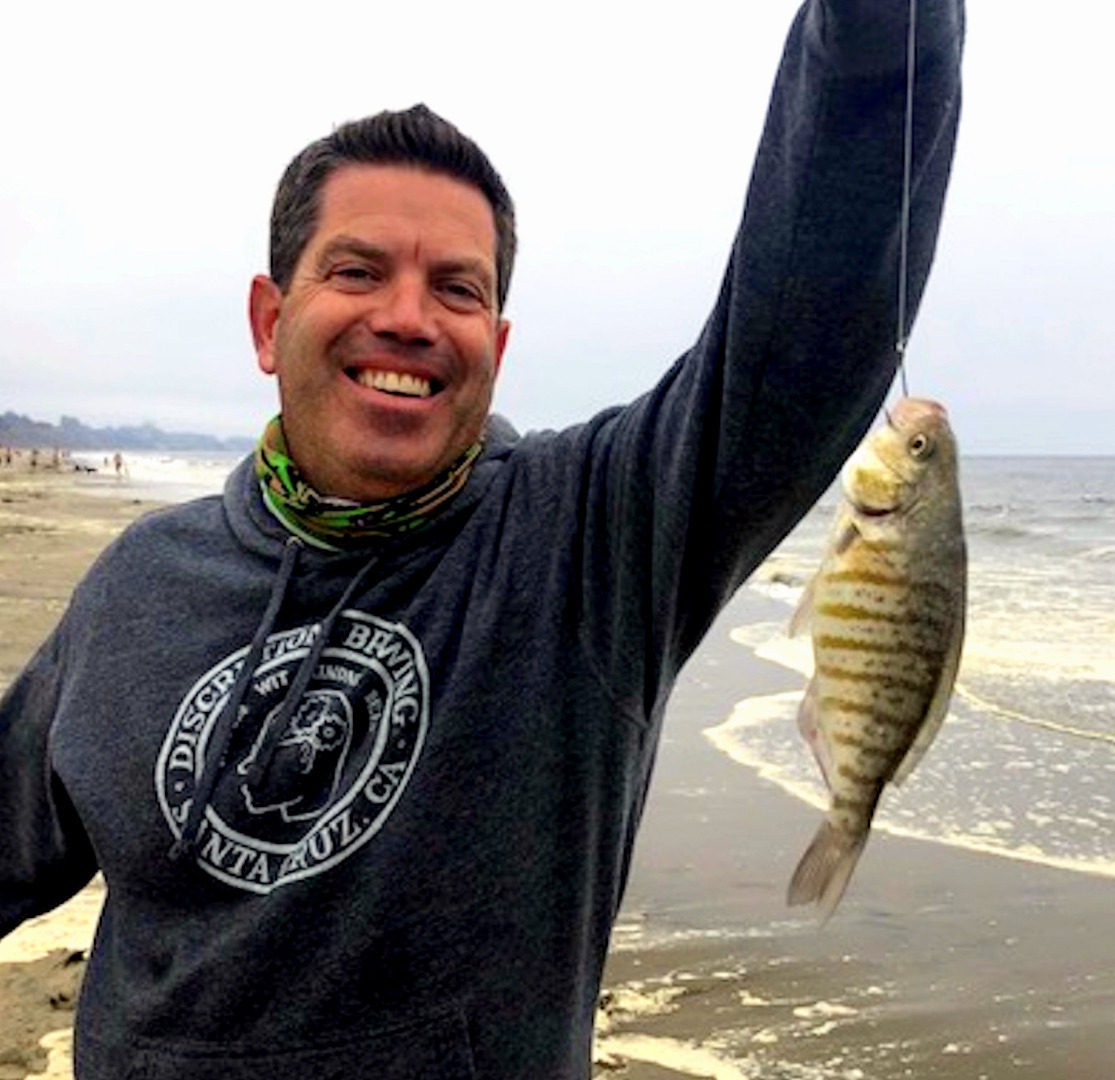 12-11-2020
This week the California coast including Monterey Bay area experienced an extremely muscular swell from the west/northwest. The immense power...... Read More

Winter Weather is Still Holding Off 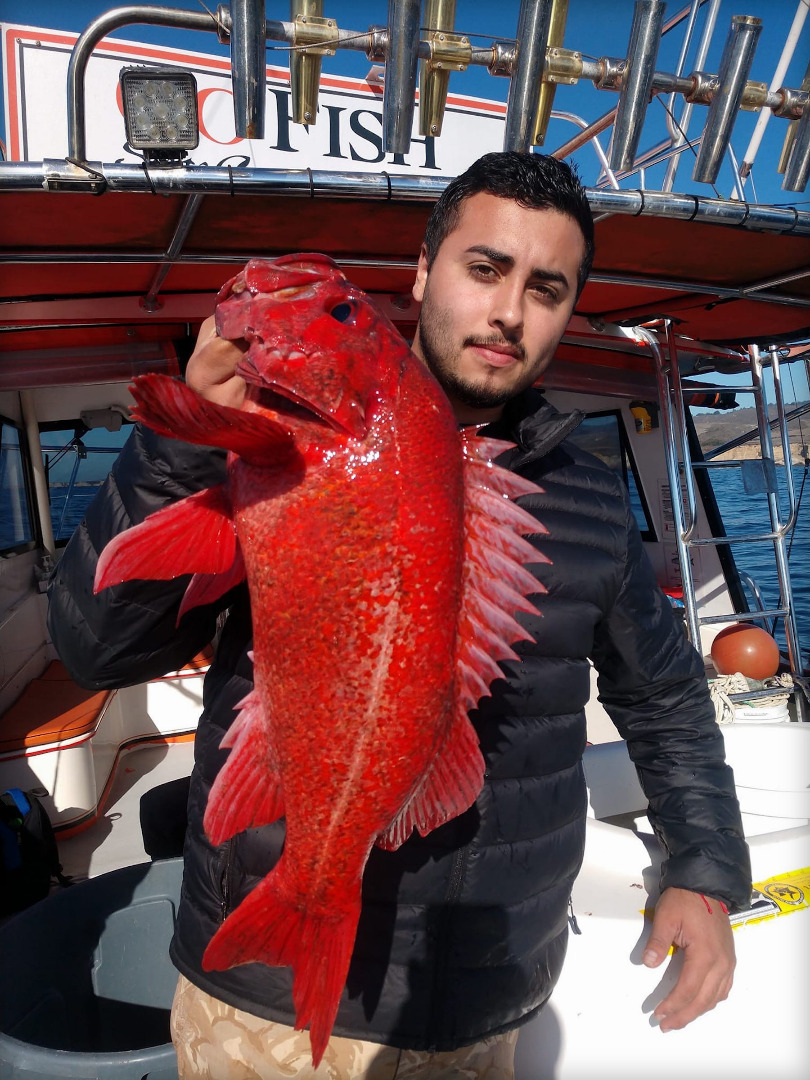