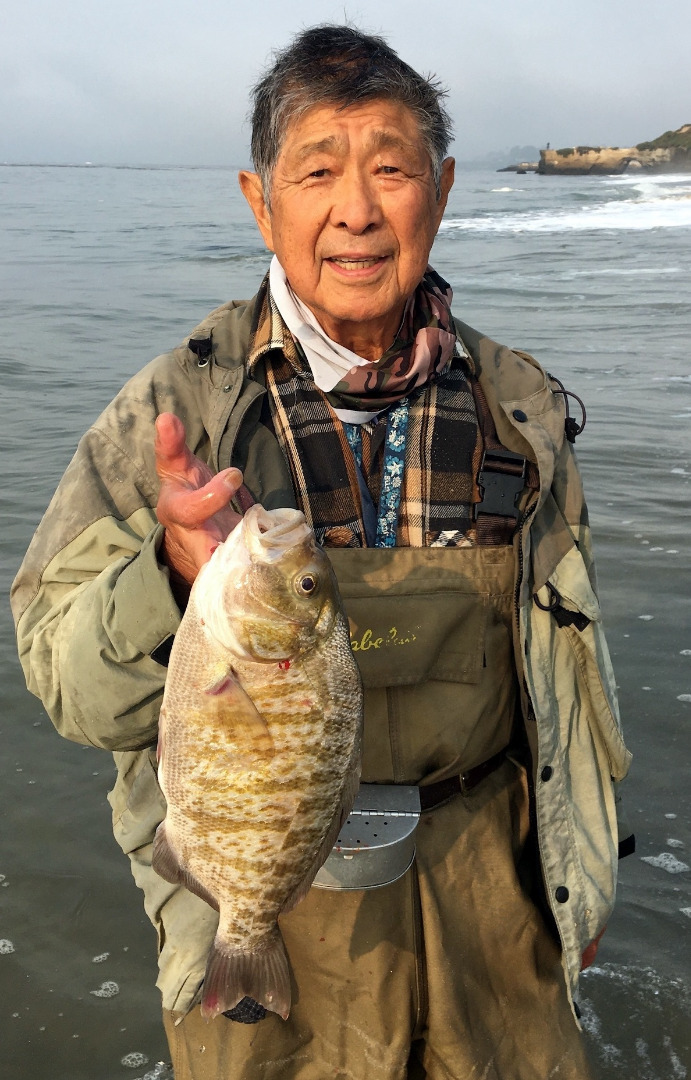 We are officially into autumn now. The fall fishing season can be incredibly productive, and can feature days of the most pleasant ocean conditions for the year. Fall can also host nasty weather with big swells and wind chop, making fishing inadvisable if not impossible. This week was somewhere between those two extremes. We had some wind, and some steep chop on the ocean, but also enjoyed a couple days of relative calm. Fishing was possible every morning, and productive as well.

Now is the time of year that the big rockfish will begin to move out to deeper reefs. Working the spots from 80-120 feet of water will likely get the best results for those chasing cod. Halibut will be moving deeper also though plenty of small to medium sized flatties were hooked this week from flat sandy areas both in Santa Cruz and Monterey. Conversely, big lingcod are now moving in, towards their shallow winter spawning grounds.

Stagnaro’s Sportfishing is working the deeper reefs just above Santa Cruz on their half day trips, and traveling further north on the full day sojourns. Skipper Ken Stagnaro gave this week’s rundown, saying, “Legacy is doing well in the morning and up the coast. Rock fishing remains solid. Friday: Eight people caught three lingcod and limits of rock fish. Saturday: Full day’s trip saw 17 anglers catch 165 rock fish.” Launching from Moss Landing the Kahuna usually goes as far south as weather and time will permit. The fishing is always so much better at Big Sur. On Monday they had 14 anglers aboard. The boat got limits of rockfish, and owner Carol Jones commented on the quality and variety of fish that day , “44 vermilion rockfish, 12 canary rockfish, 25 copper rockfish, 8 lingcod, 1 Ocean Whitefish, 59 (assorted) rockfish.” In Monterey, the Check Mate and Caroline from Chris’ Fishing Trips provided cookie-cutter reports again. Full limits of rockfish and one to four lingcod per trip.

Surfcasting is heating up for the perch-chasers, as well as the night-time stiped bass guys. We haven’t seen many striped bass caught in the daytime lately, but Glenn Sales from Marina managed to catch a few while fishing the dark of night on the beaches near Monterey. Sales keys in on the high tides, and is finding success using Joe Baggs Swarters as well as topwater poppers. A few anglers that fish the pocket beaches of Santa Cruz report good, if not great fishing for barred surf perch. Numbers of perch caught (and released) are high, and occasionally a jumbo bites the hook. That was the case for Perry Dobashi from San Jose who used large sandcrabs on Sunday to entice a lunker barred surf perch while working a big mushroom rip current just yards from the dry sand.

Fishing Has Been Productive Throughout Monterey Bay 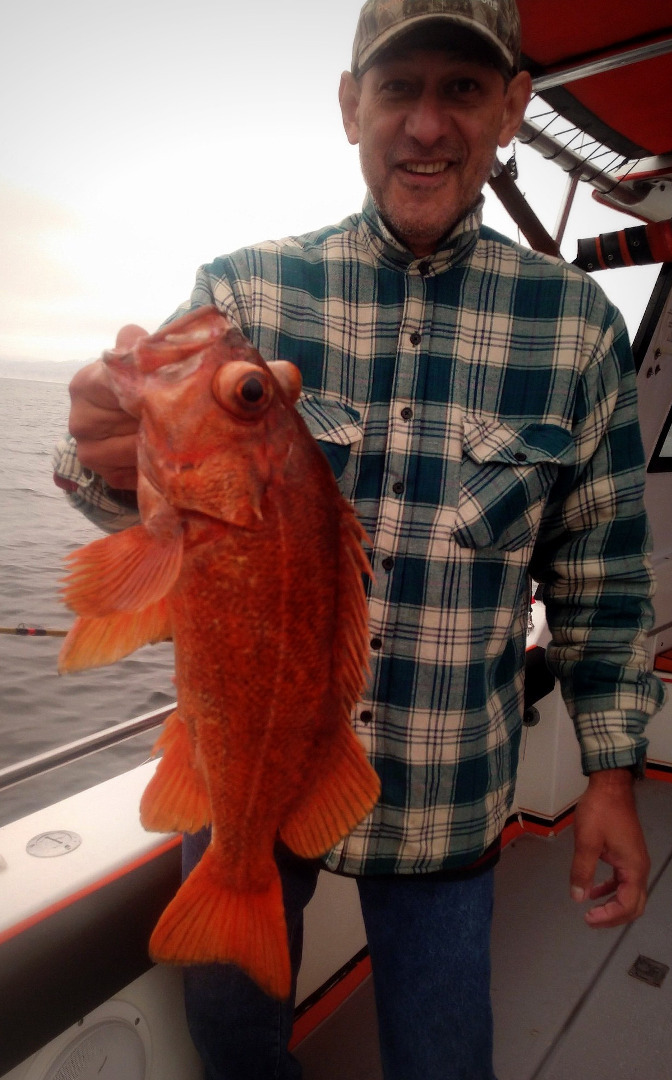 9-11-2020
In general, fishing has been very productive across the Monterey Bay.  A few white sea bass were caught near Pajaro...... Read More

Expect the Unexpected in September 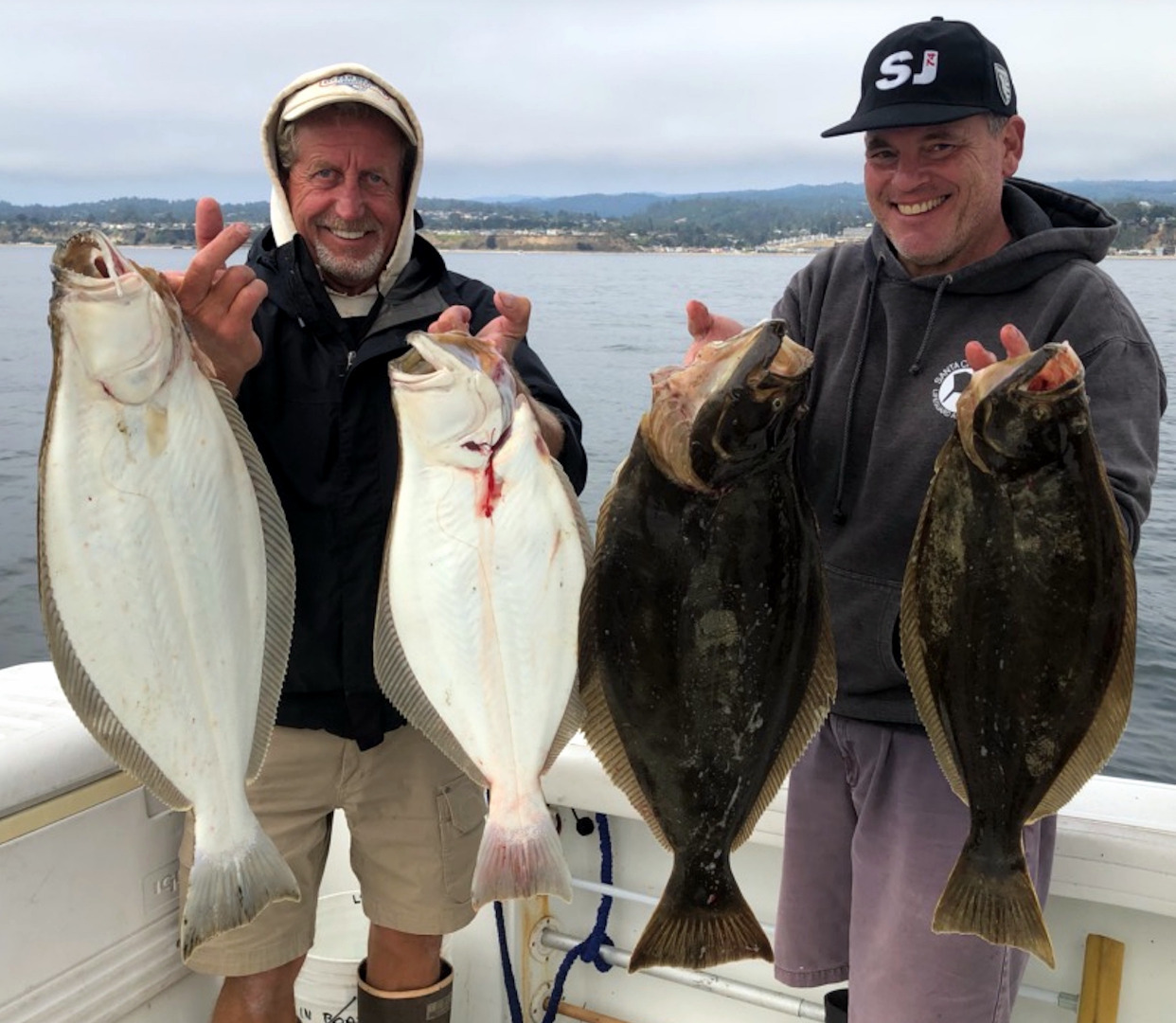 9-4-2020
Expect the unexpected in September. As we move into fall fishing season, just about anything can happen! September usually has...... Read More