Good Stetch Of Fishing This Week 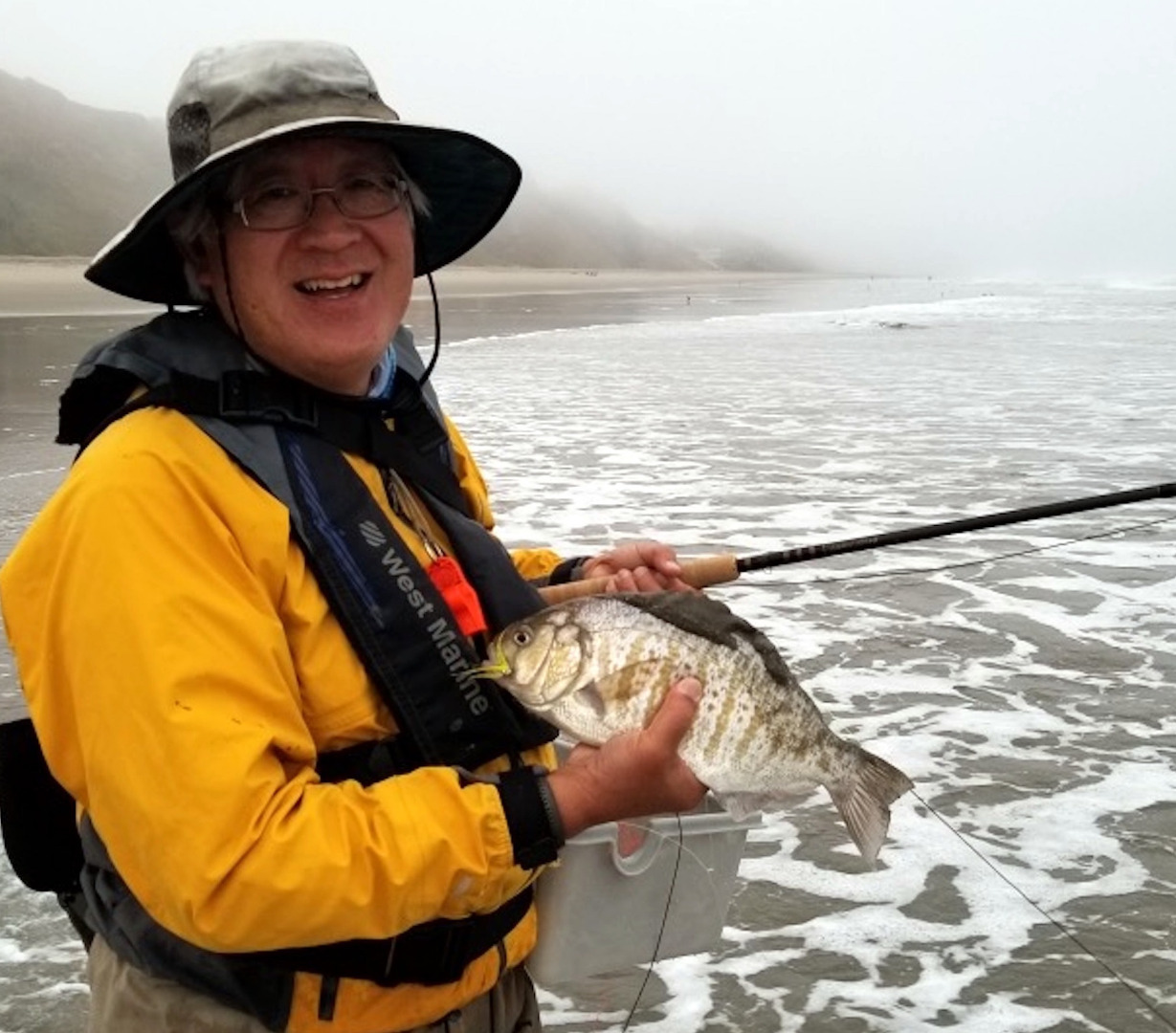 Anglers from below Monterey to above Santa Cruz enjoyed a great stretch of fishing this week for a variety of species. In Monterey, Chris ‘Fishing trips posted the usual report of rockfish limits for each of their trips. Highest on Chris’ leaderboard was Wednesday’s outing on the Star of Monterey, which returned with 240 rockfish plus five lingcod “for the captain and crew.” Private boaters are being rewarded in that area as well. On Sunday evening, while clearing a fouled anchor line, Alan Larpthaveesarp from Seaside hung his last, beat-up squid bait over the side while he worked. Was he surprised when the line took off, drag singing. “I was in 75 feet of water in front of The Hotel.” He could barely turn this fish. It taped out as a 50-inch white sea bass when he finally got it onboard. Larpthaveesarp found himself in the enviable position of having too much fresh fish for his family. He reported, “All in all 40 pounds of meat came off of him. He'll feed a few families this week and then some. I forgot to pull the otoliths out before my mother-in-law cooked the head. I guess I'll have to catch another one!”

Carol Jones from Kahuna Sportfishing in Moss Landing is not afraid to mix things up to provide variety for her clients aboard the Kahuna. She did it again last Sunday, with another “Shallow Water Special” trip to the rocky kelp beds south of Monterey. Jones had this to say about the day, “Fun fishing with ultra-light gear in 60 feet of water. Some nice shallow water vermilion and coppers along with some schoolies, including some nice olives and a couple of lingcod. Artificials only....no bait. Limits for 16.” The Kahuna listed limits of rockfish for every trip taken last week and up to six lings per trip as well.

From the beaches just north of Watsonville, we received a great surf report from Luke Sing of Sunnyvale. “I enclose a picture in this of a big barred surf perch I caught through fly fishing on 8/2/2020. It was near La Selva.”

In Santa Cruz, Todd Fraser at Bayside Marine always gives a great overview. This week he reported, “The inshore fishing was good for halibut near Capitola and the Cement Ship in 40-60 feet of water. There have been some sea bass caught in the same area using squid and mackerel. Salmon was slow but there were a few fish caught near 5 Mile trolling near the bottom in 170-200 feet of water.

We also received great info from Steve Carson at the Penn fishing University. Carson is also known as “Senor Tuna.” He’s a recognized expert on big tuna fishing. Carson lets us know that bluefin tuna in the Monterey Bay might be more common than we may think. “I attended a lecture with Dr. Barbara Block last year, she is the world's foremost authority on bluefin tuna. Extensive tagging studies show that bluefin are in the Monterey area every year in decent numbers, and may hang around until November. As electronics get better, they may become easier to locate and catch. 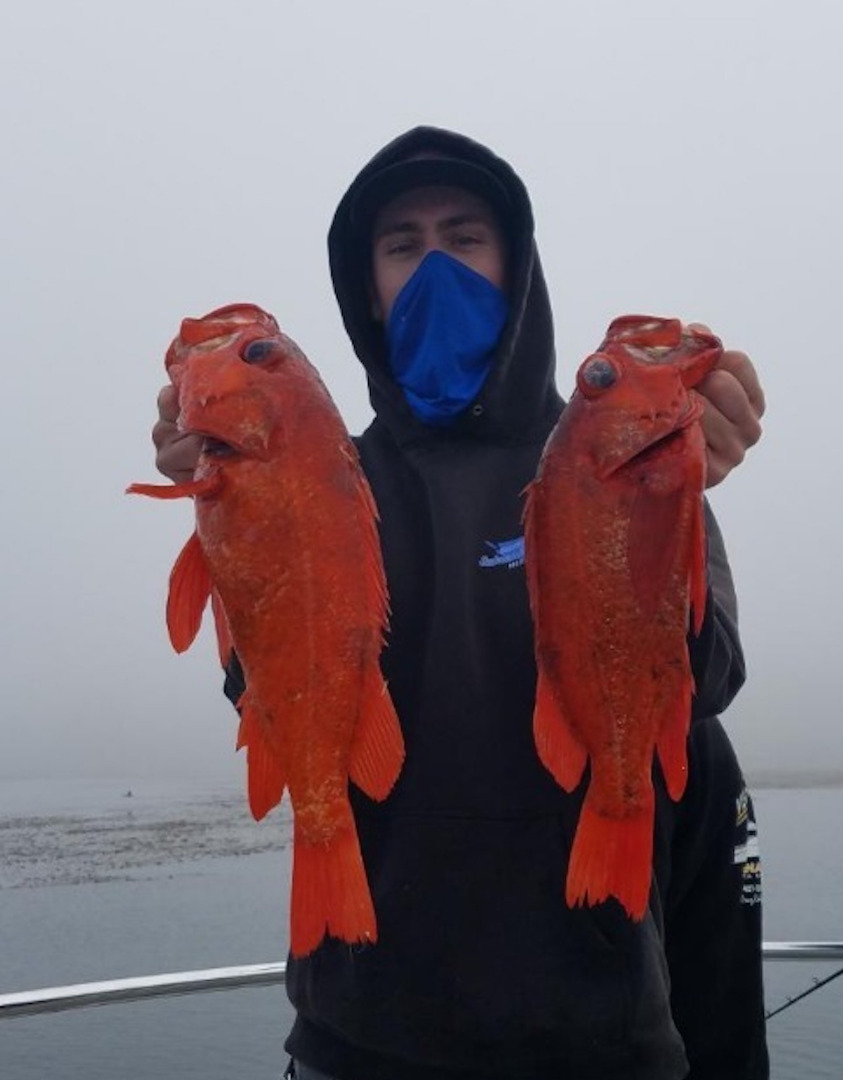 Big Bluefin Tuna Are Still Around

8-7-2020
Strong blustery winds kept most boats at the docks, or fishing inshore this week. The big bluefin tuna are still...... Read More 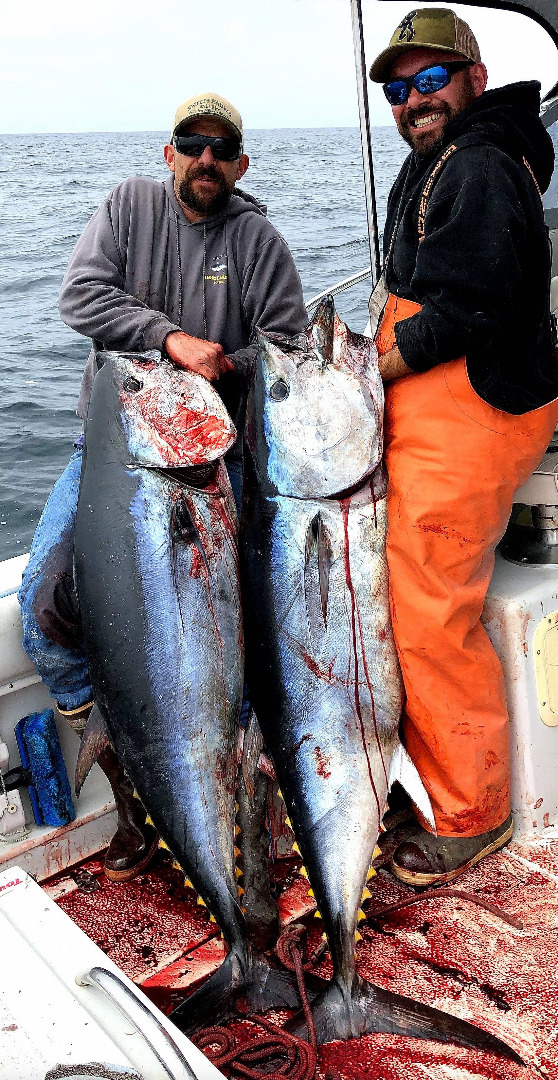 7-31-2020
Salmon fishing has been sketchy this week in Monterey Bay, but remains strong near Half Moon Bay, Pacifica and along...... Read More