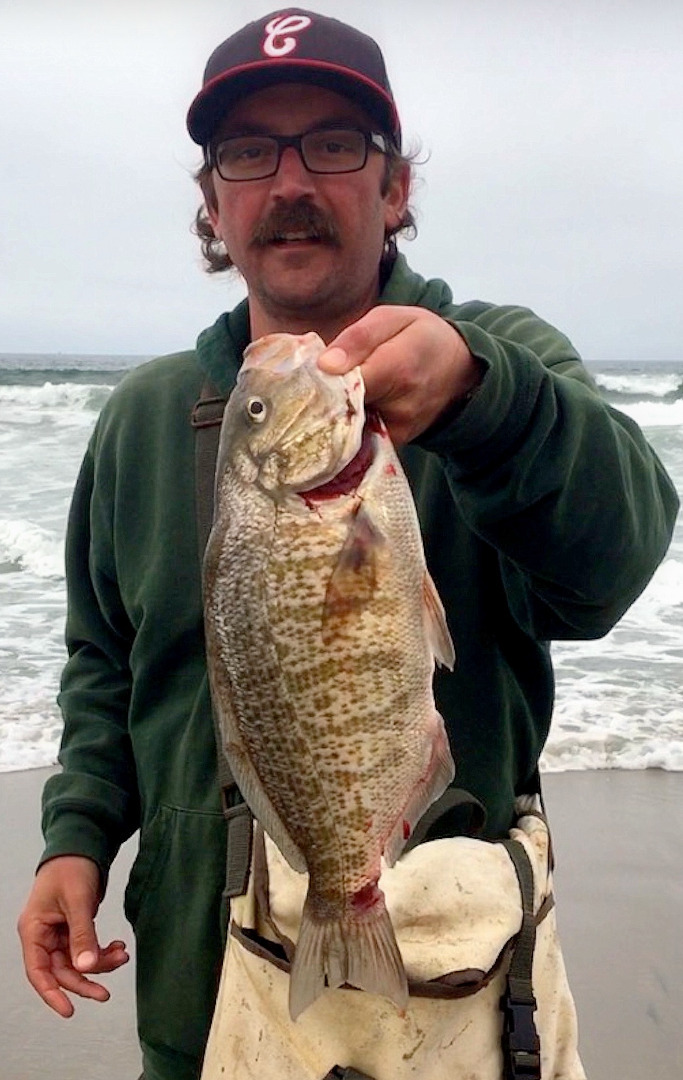 Barred Surfperch, Barred Surfperch
Cal Piccolo from Boulder Creek figured it was time to go surfcasting ast week. He was right! This barred surf perch is about as big as they get.
Photo Credit: Courtesy of Let's Go Fishing Radio Show

Fairly decent weather this week has allowed for a lot of sport fishing on and around the Monterey Bay. Swells remained small, and the wind held off most mornings, allowing some good runs to fishy spots. We checked in with Chris Arcoleo in Monterey, scion of Chris’ Sport Fishing (since 1949). If anyone can take the long view of fishing conditions on Monterey Bay, this is the man. Chris’ has three big boats to deploy, and most days they are all running during the summer season. Passenger loads are limited somewhat due to COVID regulations, but Chris’ can still fish with as many as 28 anglers on their big boat, the 65-foot Star of Monterey.

This week, Chris said “We’re busy! People want to fish. Rockfishing has been outrageous! The light south winds make it easy to get down to Point Sur for the big ones and the trip home is even easier with the wind at our backs.” Those same winds are keeping salmon away from Monterey Bay, according to Arcoleo. “We had two good days for salmon and three zero days. We need some northwest winds for the upwelling to bring up plankton in the water.” He has sent out a few salmon trips recently, with the best score coming Sunday aboard the Check Mate, when 15 anglers brought home 19 king salmon weighing up to 33 pounds. “All the fish were at least in the 20’s” Arcoleo said, “Just absolute pigs.”

Just up the coast at Moss Landing, Carol Jones from Kahuna Sportfishing provided similar reports for this week. “We had four private charters in a row, families or close friends that rented the whole boat for the day. Skipper Brian (Cutting) has been able to get down to Point Sur every day. The bottom fishing is awesome with plenty of vermilion and canaries. There are lots of big yellow rockfish in that area now. We weighed in one at seven pounds!”

In Santa Cruz, John (JT) Thomas has been fishing every day on the Miss Beth, often making the long ride up to Franklin Point, above Ano Nuevo, where the fishing pressure is light and the abundant fish are heavy. Go Fish Santa Cruz CFO Beth Norton reported, “Captain JT and Deckhand JP took the clients to fish at Franklin Point this morning. The clients caught a variety of rock fish and six nice ling cod. The bite is wide open. Whales and dolphins were out to put on a show for everyone. They also saw a 400-pound sun fish!”

We are seeing more, and bigger, bait close to the surfline on all the beaches ringing Monterey Bay, mostly anchovies. Striper fishing is bound to get better soon. Surfcasting for barred surf perch is definitely getting better with lots of perch willingly taking the bait, and an increasing number of “heavies” in the mix. Boulder Creek angler Cal Piccolo checked in this week with a 15.5-inch BSP that weighed two and one half pounds, caught from a beach somewhere between Moss Landing and Capitola. 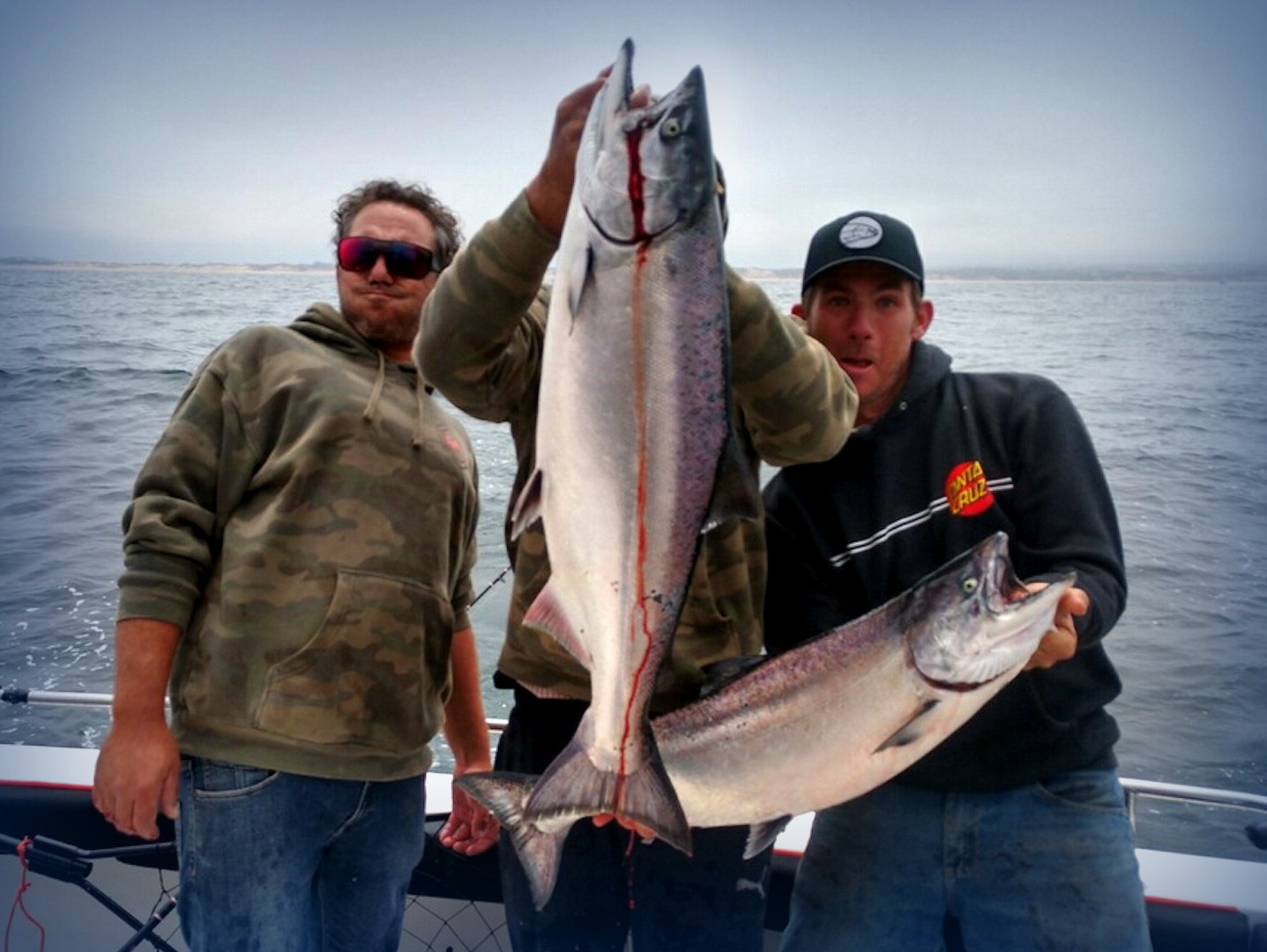 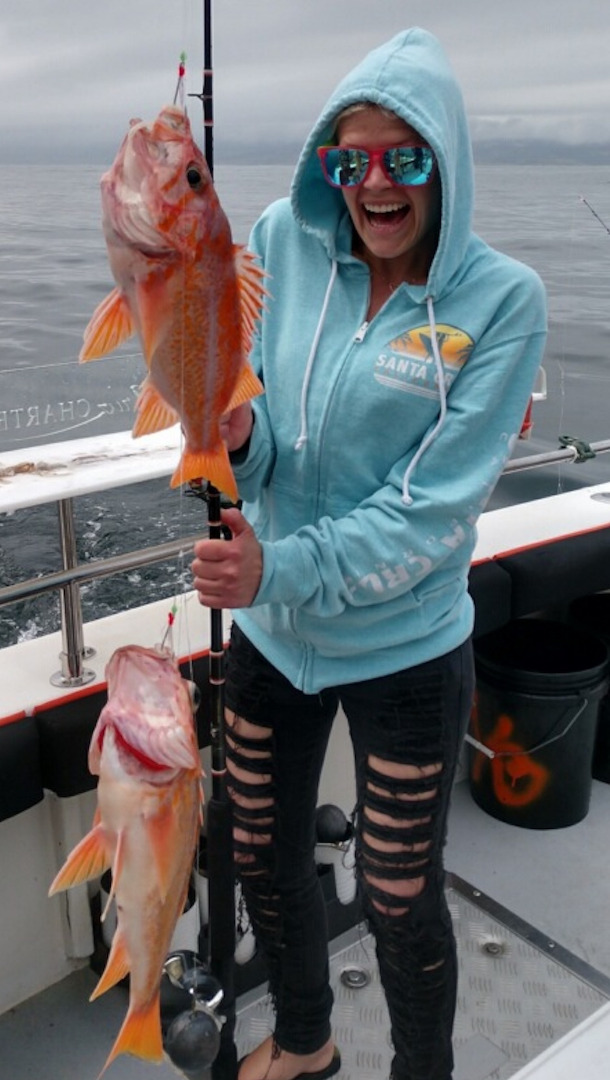