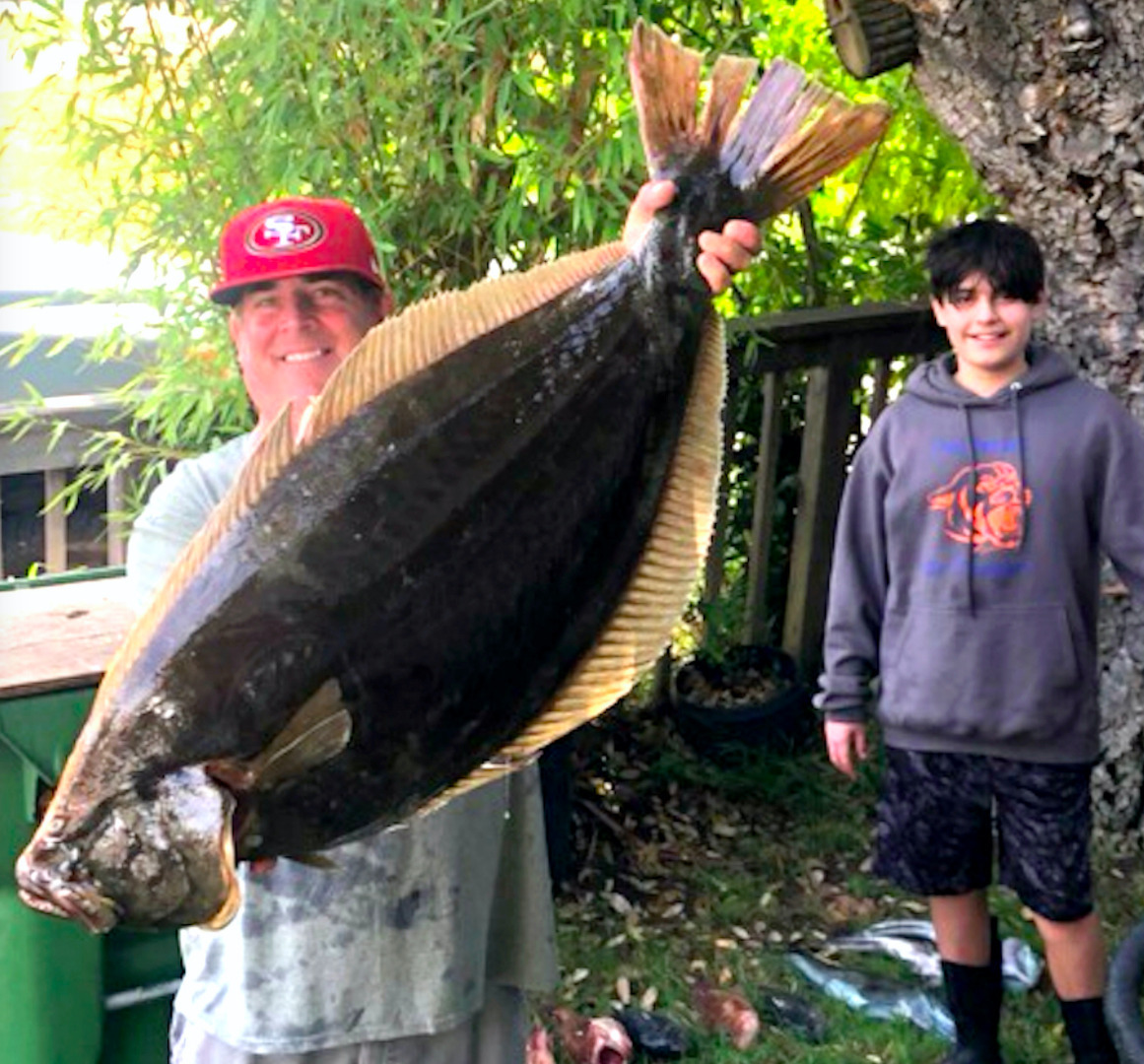 Looks like we’ll have good fishing weather over the weekend, with reasonable winds forecast. The swell will pick up on Sunday, which could affect the inshore species especially halibut. We had a persistent swell most of last week, not big but with a pretty powerful surge, which can put fish off the bite. Still, a number of good catches were reported by private boaters, charter operations and surfcasters.

Todd Westfall from Aptos reported on a trip towards Four-Mile Beach his compadre Thomas Ronzano took on Sunday. Ronzano hooked and landed a massive 30-pound halibut. Commercial fishermen and some sport boats worked the Monterey area for halibut this week as well, with lots of limits reported. Some commercial hook and line guys reported up to 14 fish per day. A persistent rumor this week says someone landed a California halibut near Monterey that weighed in at 48 pounds! That’s about as big as they get.

Charter boats are slowly getting back into business. Monterey County has yet to give the go-ahead, but Santa Cruz boats are running, with appropriate restrictions. Ken Stagnaro from Stagnaro’s Sport Fishing reported, “We limited passenger loads to allow for social distancing on the boats. Stagnaro’s is following cleaning and disinfecting protocols before, during and after each trip. You must bring your own mask.” From Beth Norton at Go Fish Santa Cruz we received the following, “It’s been a few months since we have run a charter. After getting the green light last week we were more than happy to get clients out on the water to catch fish, get some fresh air, some exercise and some sanity in this crazy times. We took the clients to fish neat Davenport where they caught limits of a variety of rock fish including vermilion, olives, blues and coppers.” Tom Dolan on the Mega Bite is getting out there as well. He said, “Jurassic Park trip – Our first charter of 2020 and it was perfect. What a blast and what a bite. Started with catching our lingcod bait then headed to the lingcod reef for limits of lingcod plus crew. Then went on for snapper and again the bite was incredible. Big Copper’s! Headed home with limits for all and big smiles (under our masks).”

Salmon fishing has remained relatively slow, but fish are still being caught daily. Even some limits for a few lucky anglers. Todd Fraser from Bayside Marine reported, “The salmon fishing was decent for a few boats near Mulligan Hill and the Soquel Hole. The salmon were caught trolling near the bottom in 220-280 feet of water.” Fraser also suggested anglers look north for king salmon. He cited fish caught near Davenport, and some good action near Pescadaro.

Surfcasting is getting better all around the bay. Stripers are showing up in greater numbers on the Santa Cruz County beaches, and remain consistent in Monterey County. Average size is growing for the striped bass, with most fish caught being keepers. The perch bite is improving as well, with bigger fish coming back from wherever they might have been.

Fishing in Monterey Bay Has Been Productive This Week 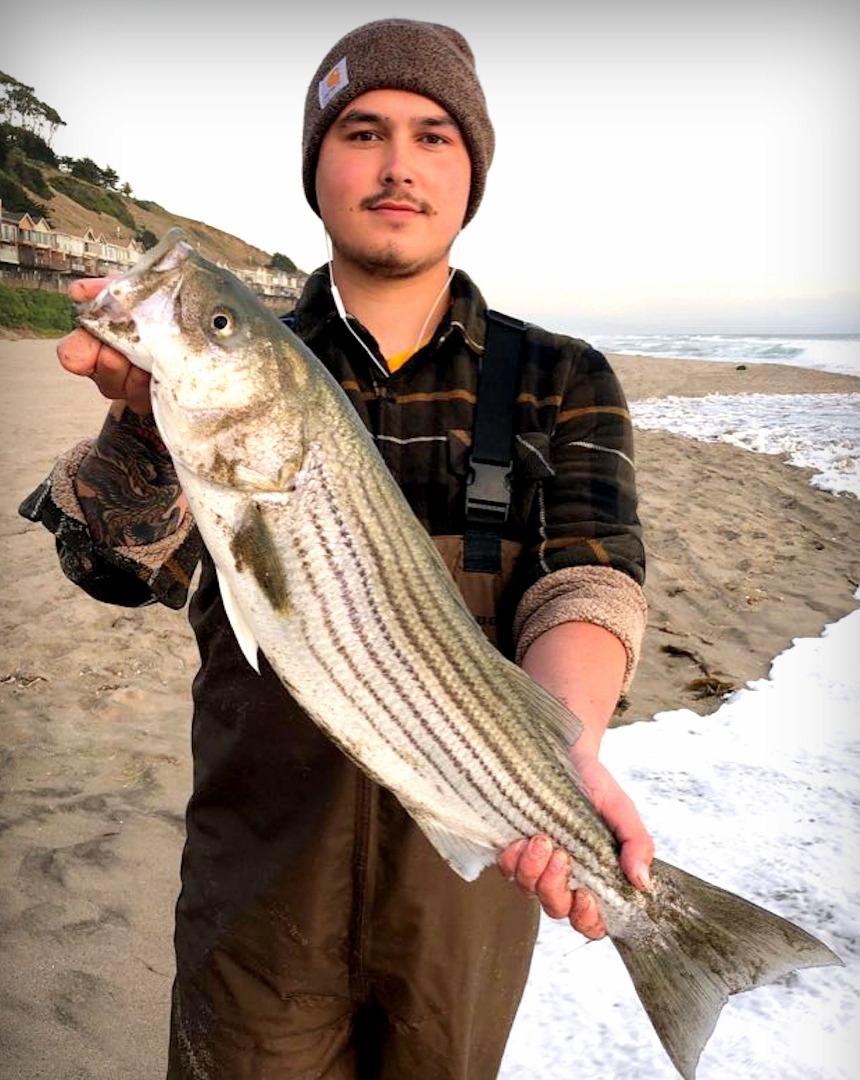 5-29-2020
Despite a small but persistent ground swell and some gusty late-morning and afternoon winds, fishing the Monterey Bay has proven...... Read More 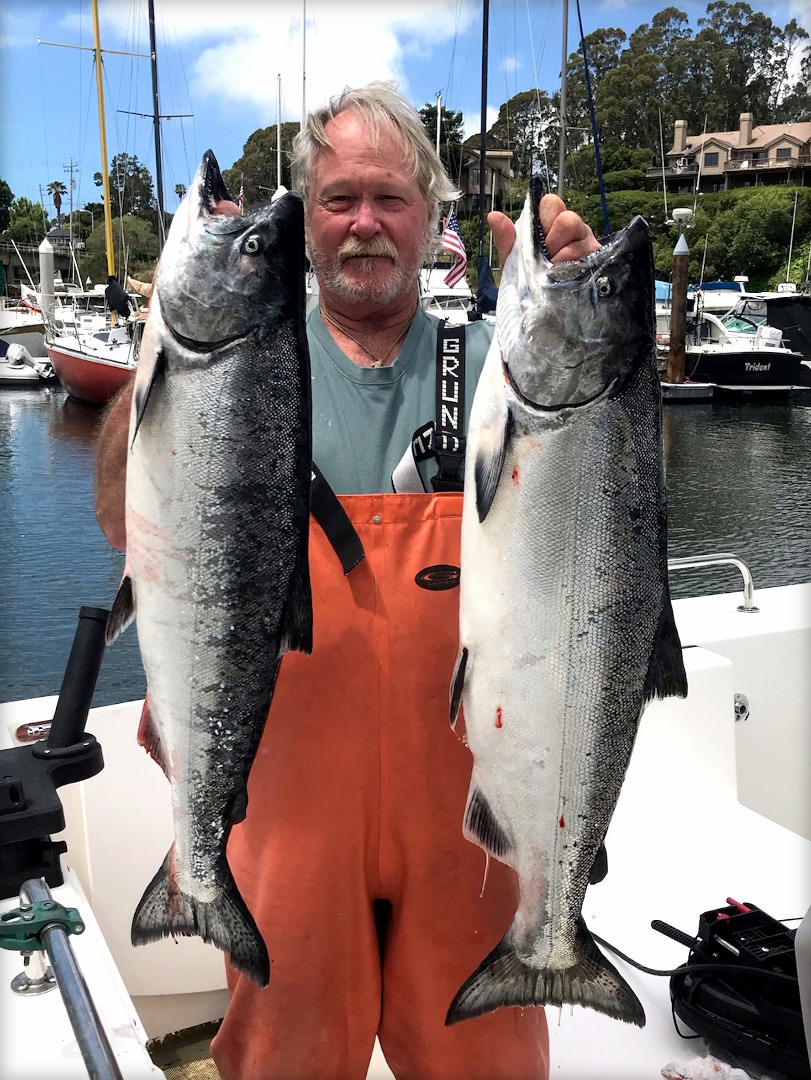