Salmon Season Off to A Good Start 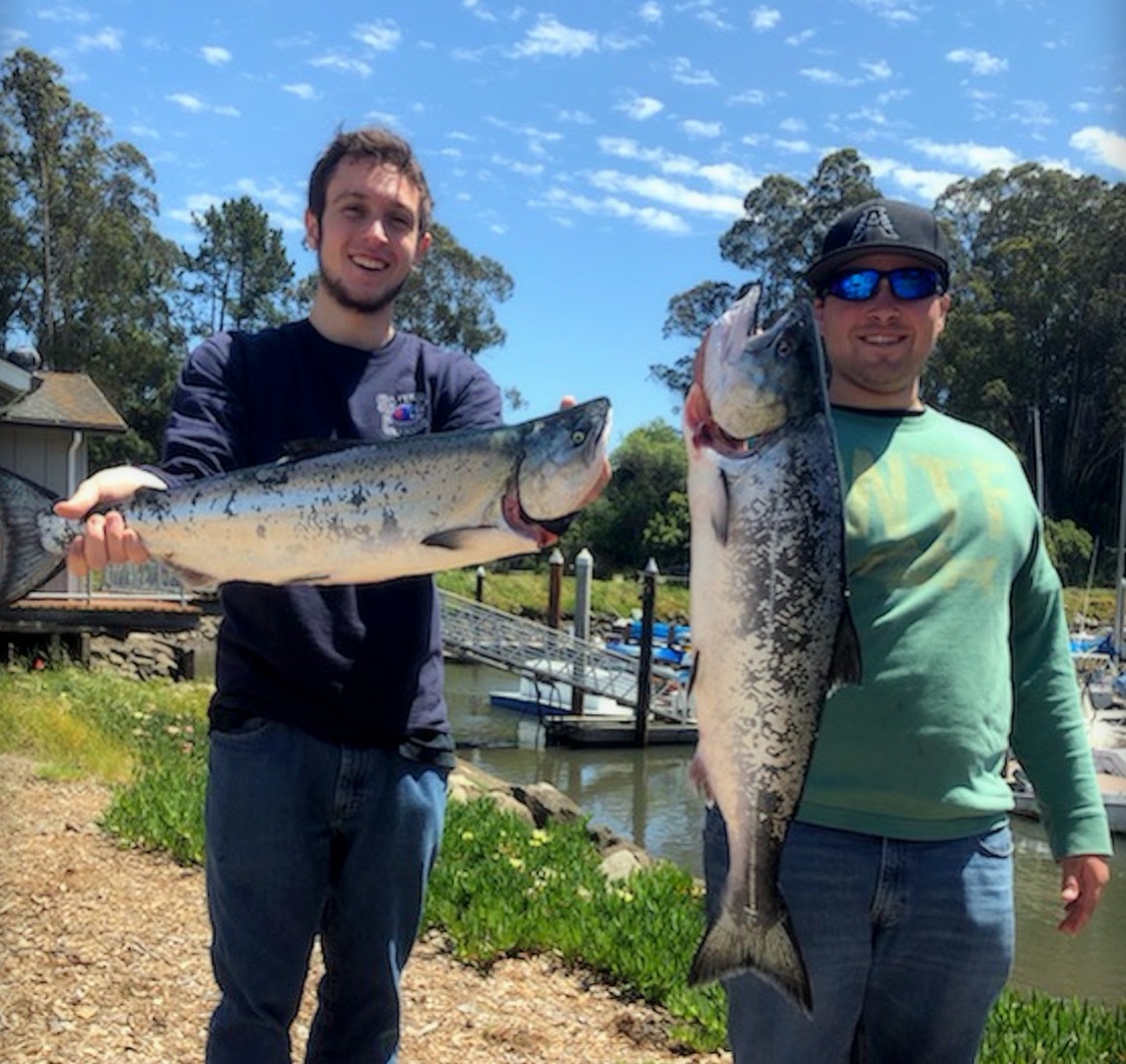 Salmon season opened in our area last Friday, and results were generally positive for Monterey Bay anglers. Initial reports on Friday showed a few boats coming in with limits of salmon by nine a.m., though most had to fish until noon or later for limits. Of course, not everyone caught two fish each on opening day, but most boats got at least one fish, and the recreational fleet averaged about a fish per rod.

Concentrations of salmon were located near Mulligan’s Hill, Soldier’s Club, Moss Landing and the Pajaro and Soquel Holes closer to Santa Cruz. Fish were caught from 180 to over 300 feet of water, mostly by anglers working the edge of the submarine canyons, trolling from 60 to 220 feet down. Due to the Covid-related delay in opening, sport and commercial boats all started on Friday. The sudden pressure, especially from the big commercial trollers had the effect of scattering the schools of salmon. It was reported that over 100 commercial salmon boats were working on the Monterey Bay last weekend. These numbers will decrease as commercial seasons open in areas to the north. Fishing understandingly got tougher over the weekend and remained tough in the following weekdays. There are plenty of salmon in the bay. Anglers just need to be in the right place at the right time, using the correct gear in the correct manner. But, whenever is that not the case?

Joe Baxter from Santa Cruz submitted a private boat report  Saturday evening saying, “We caught salmon Saturday from the east side of the hole fishing 300 feet of water, 50 to 150 on the wire on spoons. My boat partner Steve Vascencellos had five fish there Friday. It slowed on Saturday. Moss Landing sounded better but the weather was up. Fish were scattered as there were boats all over the Hole. No concentration that I heard of.” By Wednesday of last week, anglers were averaging about one fish per rod again, including some boats fishing north of Santa Cruz, according to Todd Fraser at Bayside Marine. “The salmon bite was good on the west side of Santa Cruz near Three Trees in 200-280 feet of water. The anglers on the east edge of the Soquel Hole did decent on the salmon. The wind was not bad today.”

Halibut fishing remains steady in all the usual spots. Monterey halibut hunters found flatties near the mooring buoys off Municipal Wharf #2, by the “Hotel,” and off the beaches near Sand City. The Pajaro Pipeline area still has decent concentrations of halibut. Capitola, Pleasure Point and the Mile Buoy area in Santa Cruz all produced legal halibut this week for anglers trolling bounce-ball rigs or drifting live and dead bait. The halibut are moving closer to the beach now with hookups reported in as shallow as 28 feet of water on Wednesday. 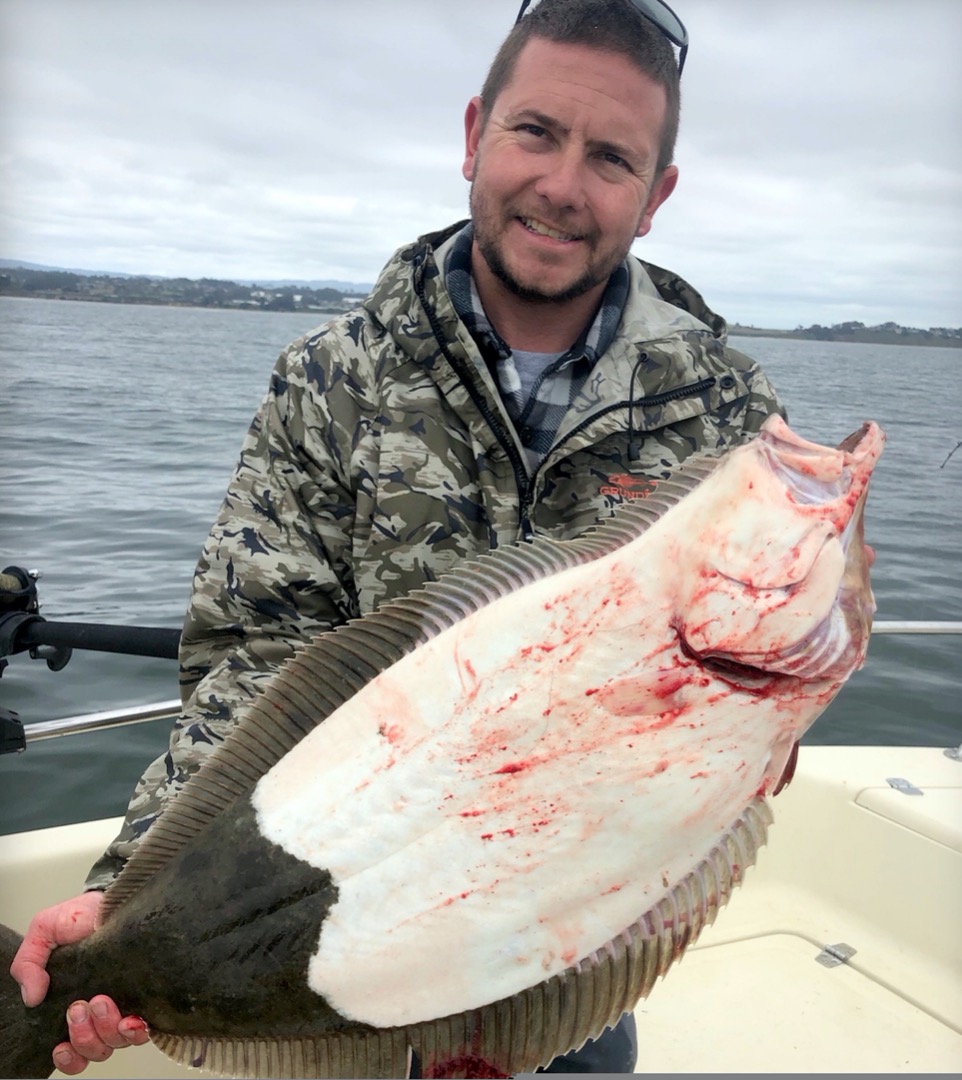 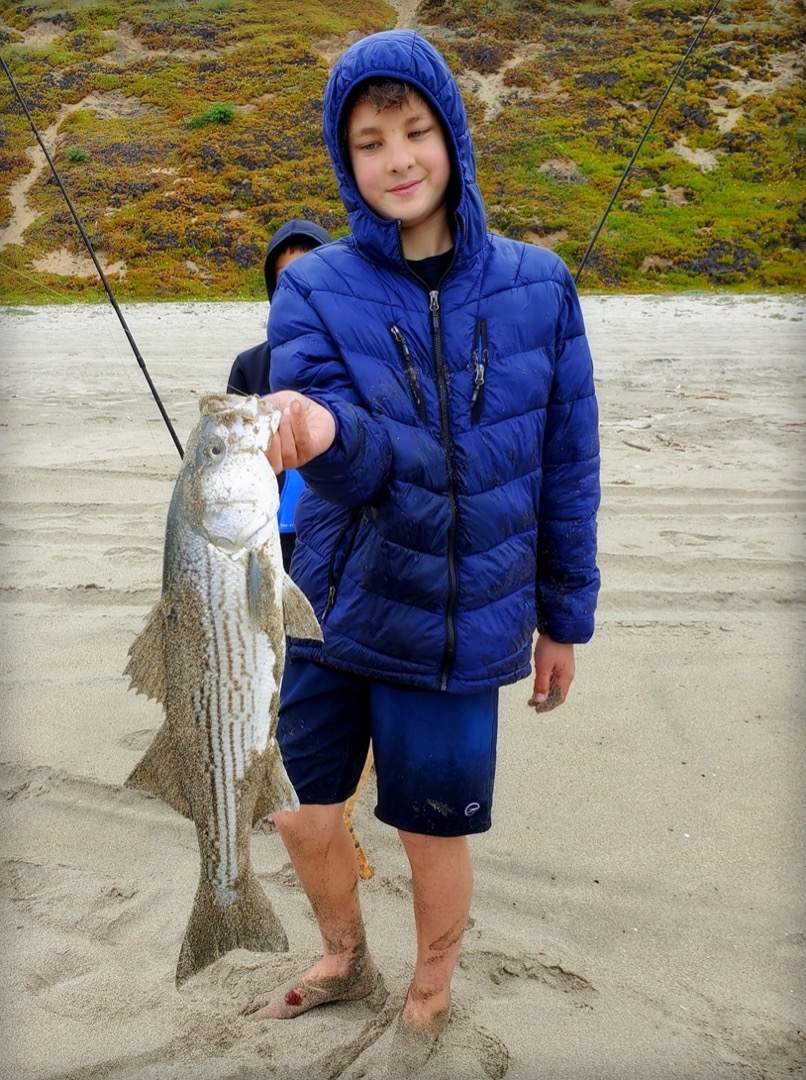