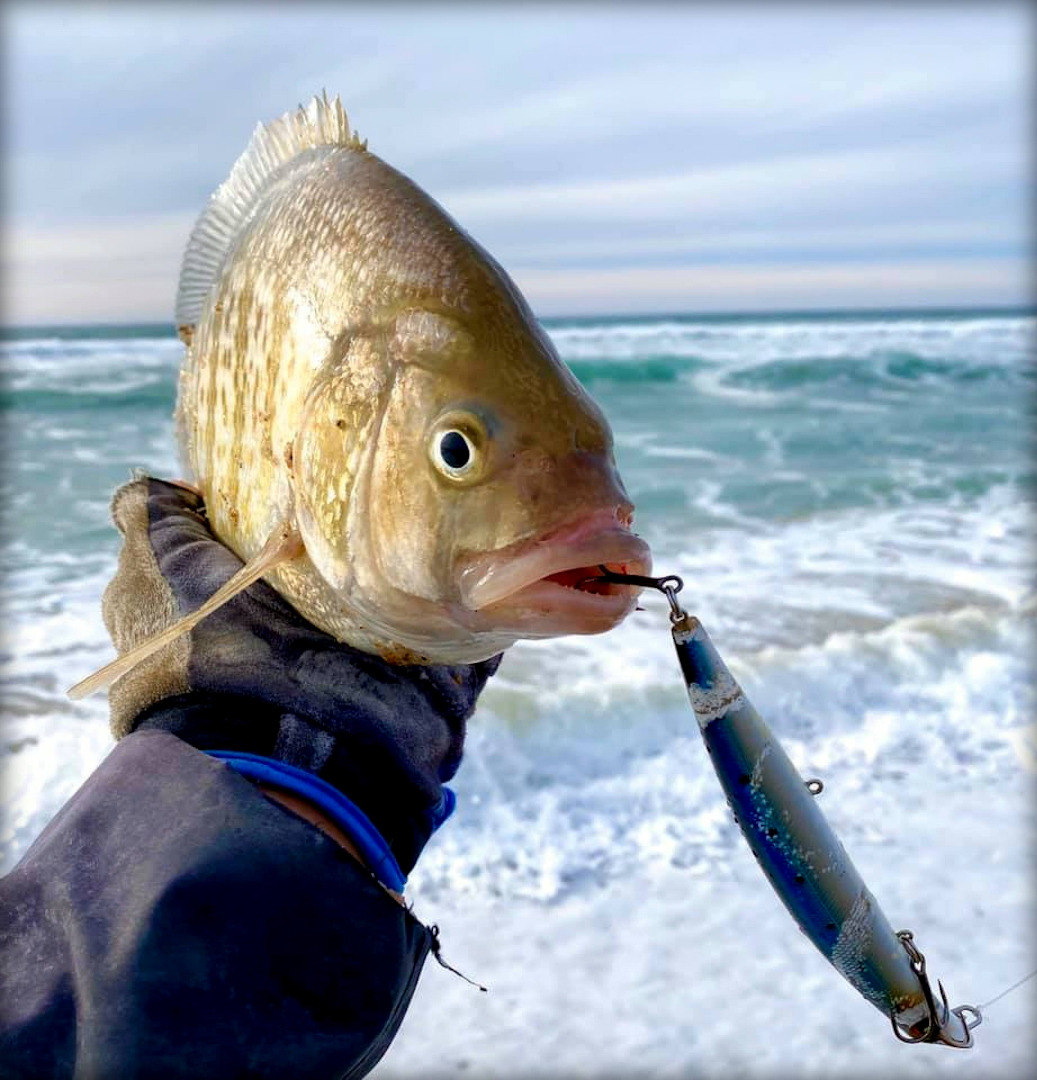 Glen Sales from Marina is one of those guys who catches nice fish when everyone else is getting skunked. This was Wednesday’s barred surf perch on a Joe Bagg’s Swarter lure.
Photo Credit: Courtesy of Let's Go Fishing Radio Show

No matter how much we learn or think we know, fishing will always remain somewhat of a mystery. This week featured fine conditions. There was a bit of a swell, and a little rain here and there, but mostly the weather and ocean conditions were generally calm. Yet, not a whole lot of successful fishing wa reported from the Monterey Bay region.

Surfcasters are reporting skunks from beaches in Santa Cruz all the way down to Monterey. Most of the very few surfperch reported caught were of the tiny variety, and quickly released. There’s an exception to every rule they say, and one of our exceptional anglers reported halfway decent fishing on Wednesday. Glen Sales not only knows his surfcasting craft, but puts the time and effort in to get results. Sales hit one of his local beaches near Seaside and used a suspending minnow type lure, targeting larger perch. The Joe Baggs Swarter lure is pretty big for perch fishing, but Sales found his fish saying, ““Landed one and missed two!”

Many anglers and sportsmen will be attending the International Sportsmen’s Expo in Sacramento this weekend. Running from Thursday through Sunday, the expo features over 600 exhibiting companies and a full schedule of seminars and workshops. Notable amongst the presentations are famed fishing guide J.D. Richey speaking on Sacramento river salmon techniques, and Jay Lopes with a presentation on Delta sturgeon. Jim Russell from Jackson Kayaks has a seminar about spearfishing from the kayak and his pals Rob Knoles (Wilderness Systems) and Archie Marx (Kayak City Fishing Team) both will be giving presentations on kayak fishing.

Though fishing may be slow in our area, this time of year can feature fantastic fishing adventures with just a little travel. This is the perfect time for big-game sturgeon fishing in the Delta area. San Pablo Bay is still kicking out an occasional diamondback, but most of the big prehistoric sturgeon have moved upstream to more brackish waters near Benicia. If you are brave enough to endure freezing temperatures, Pyramid Lake has shown consistent reports of jumbo cutthroat trout caught both on the fly and by anglers using lures. We have received some fantastic reports about steelhead fishing on the northern rivers. The South Fork Eel River is doing fairly well right now, as is the Mad River in Arcata. The best action reports are coming in from the Trinity and the middle portion or the Klamath River, where bright steelhead are abundant and there are few other anglers to contend with. 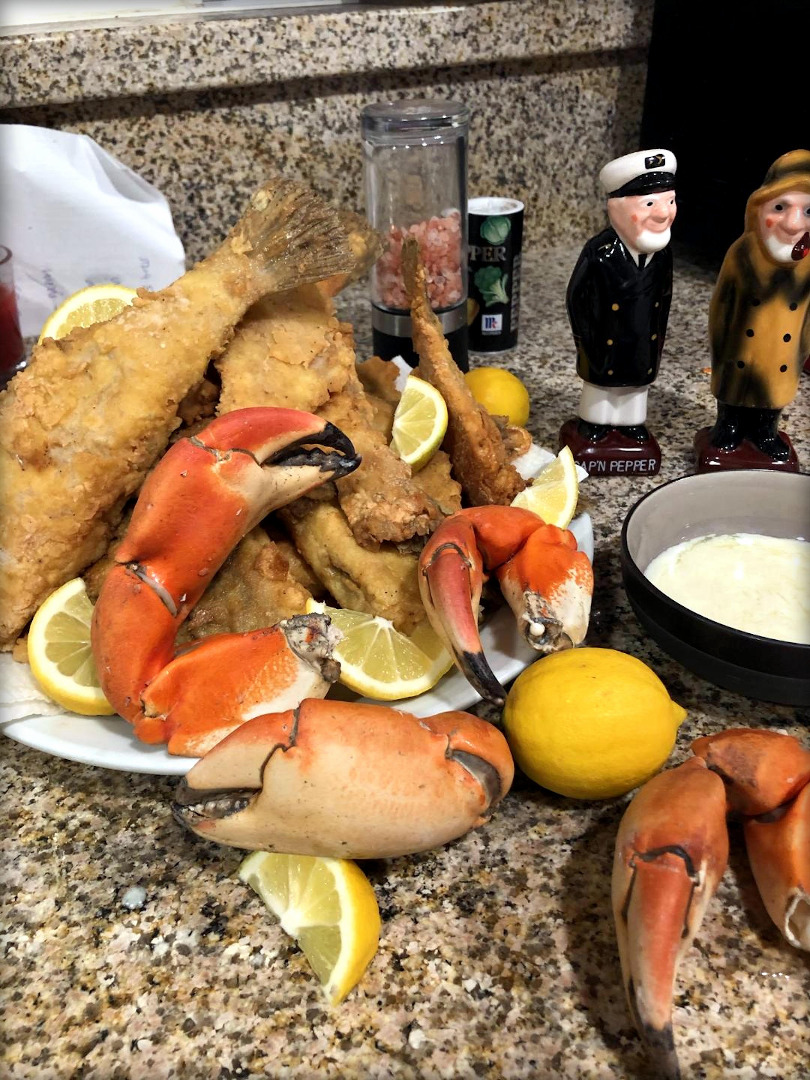 Wintertime is Primetime for Perch Fishing 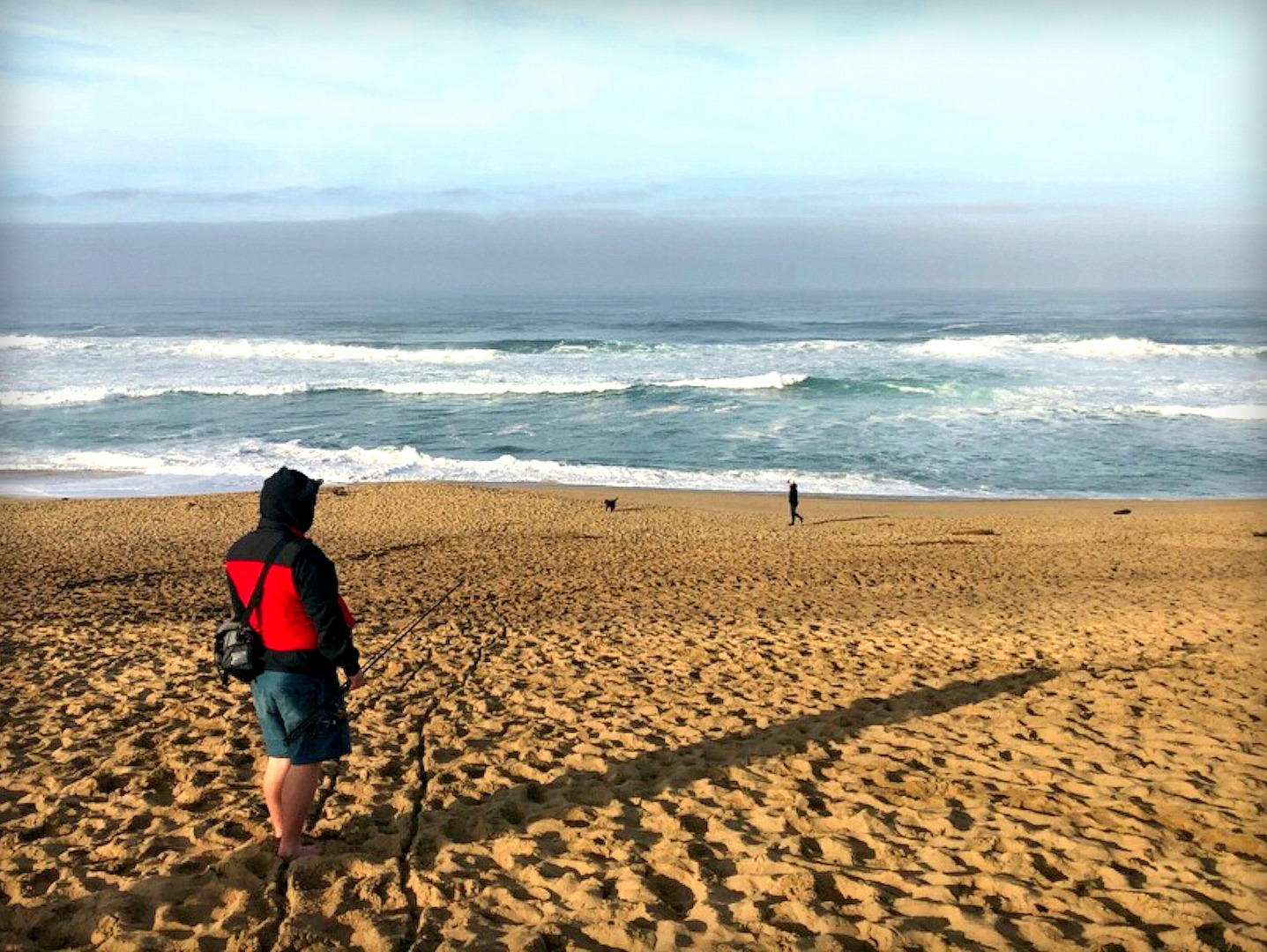