Fishing and Crabbing Have Been Good All Week

Clients aboard the beautiful Miss Beth from Go Fish Santa Cruz Charters are amazed at the quantity and quality of Dungeness crab caught this week.
Photo Credit: Courtesy of Let's Go Fishing

Fishing and crabbing was good all week, and things look great for next week as well. We are finally getting some northwest swell, which is already boosting the barred surf perch count along the broad beaches of the bay. Swells will increase over the weekend. The forecast calls for waves up to seven feet with a 14-second period at the largest. This is a significant swell and will be great for the surfers, especially as the forecast includes offshore winds. Boat-based anglers should not be surprised if fish and Dungeness crabs move further offshore into deeper water.

The Big Sur coastline is still available for those willing to take the long trip. Moss Landing’s Kahuna Sportfishing will continue to make the voyage as conditions permit. Kahuna owner Carol Jones reported, “The long range rockfish action continues to be stellar.  The Kahuna ran south on our special long range trip with wide open action on the BIG vermilion. Brian (Cutting) had to move around a little bit just to keep anglers fishing a longer period of time...that's how good it is down there!” Besides plenty of big reds, the Kahuna caught coppers, canaries and lingcod on their Friday trip.

Chris’ Fishing trips from Monterey runs two boats nearly every day, either the Star of Monterey, the Caroline or the Check Mate. Chris’ continues to post full limits of rockfish for every trip this season. They also reported 23 lingcod caught on Tuesday and up to 90 Dungeness crab on their combo trips. Crabbing is a little better on the northern side of the bay. Skipper Tom Dolan on the Mega Bite six-pack charter reported on Tuesday, “WOW. Another banner day on the water with flat calm seas and crab limits for all plus canary, brown, olive, blue and ten big red (six-plus pounds) pacific snapper.” Go Fish Santa Cruz went out on Tuesday for another limit-style crab combo trip. Beth Norton reported, “What does 50 and 50 make? Happy clients that’s what. Today we pulled one crab pot that had 32 nice Dungeness crab in it. YIKES! After getting limits of crab we fished the deep for limits of a variety of rock fish. Vermilion seem to be the prominent fish.”

It’s been a fantastic extended season for halibut. Private boaters are still picking up flatties up to 30 pounds according to Todd Fraser from Bayside Marine. He says, “The halibut fishing is still going good with two different reports coming from in front of the harbor in 60-70 feet of water. There was a big halibut caught on a kayak and another friend caught six fish trolling.” Fraser added that fishing the 60-100 foot depths was most productive for halibut hunters this week. As mentioned above, surfcasting should improve as the weekend’s swell stirs things up and creates sandy structure for feeding surfperch and striped bass. We will do some intensive research and gather details for next week’s report. 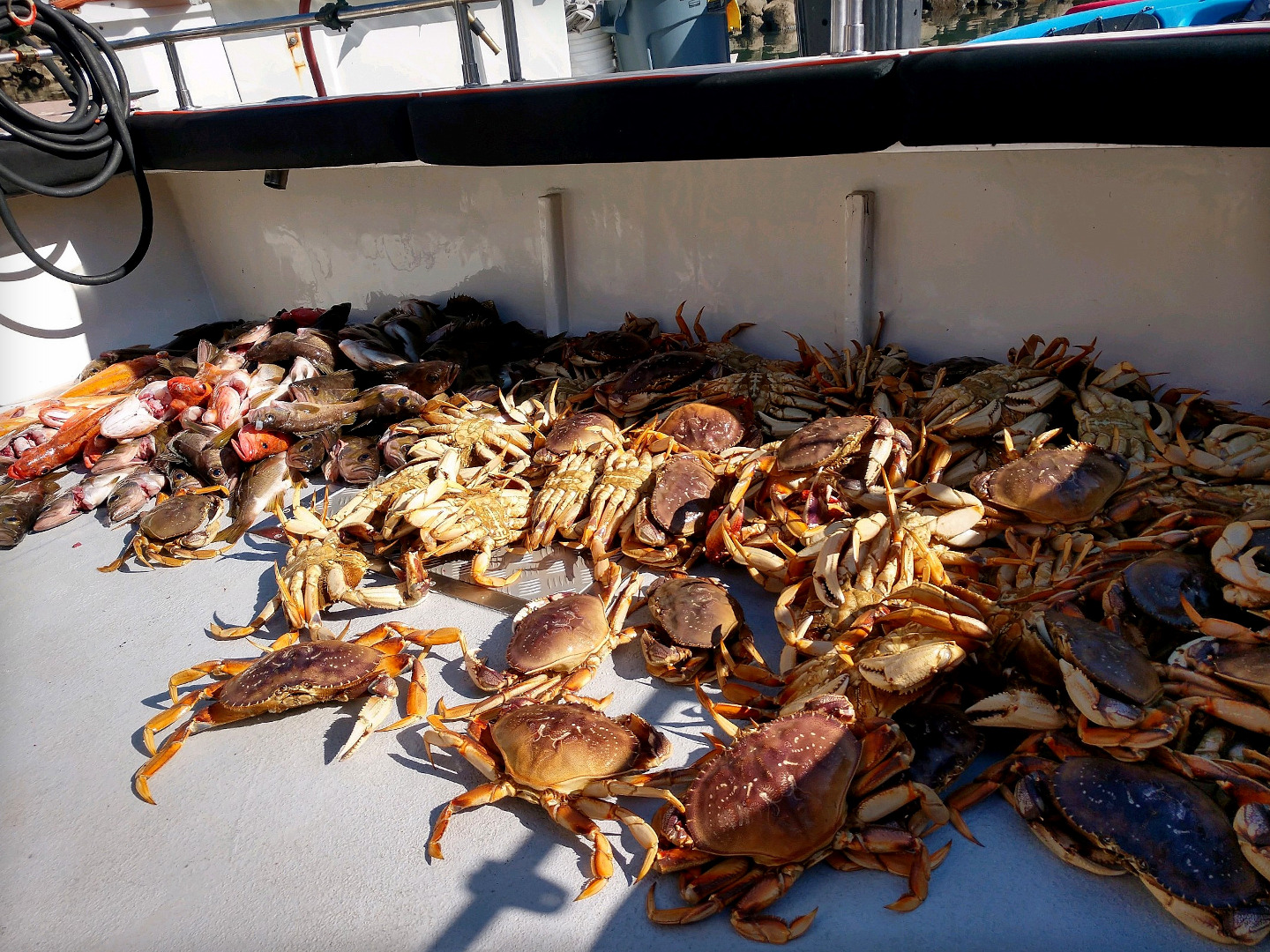 11-8-2019
You might assume Monterey Bay fishing would slow down as we move towards wintertime. Au contraire, mon ami. With the...... Read More 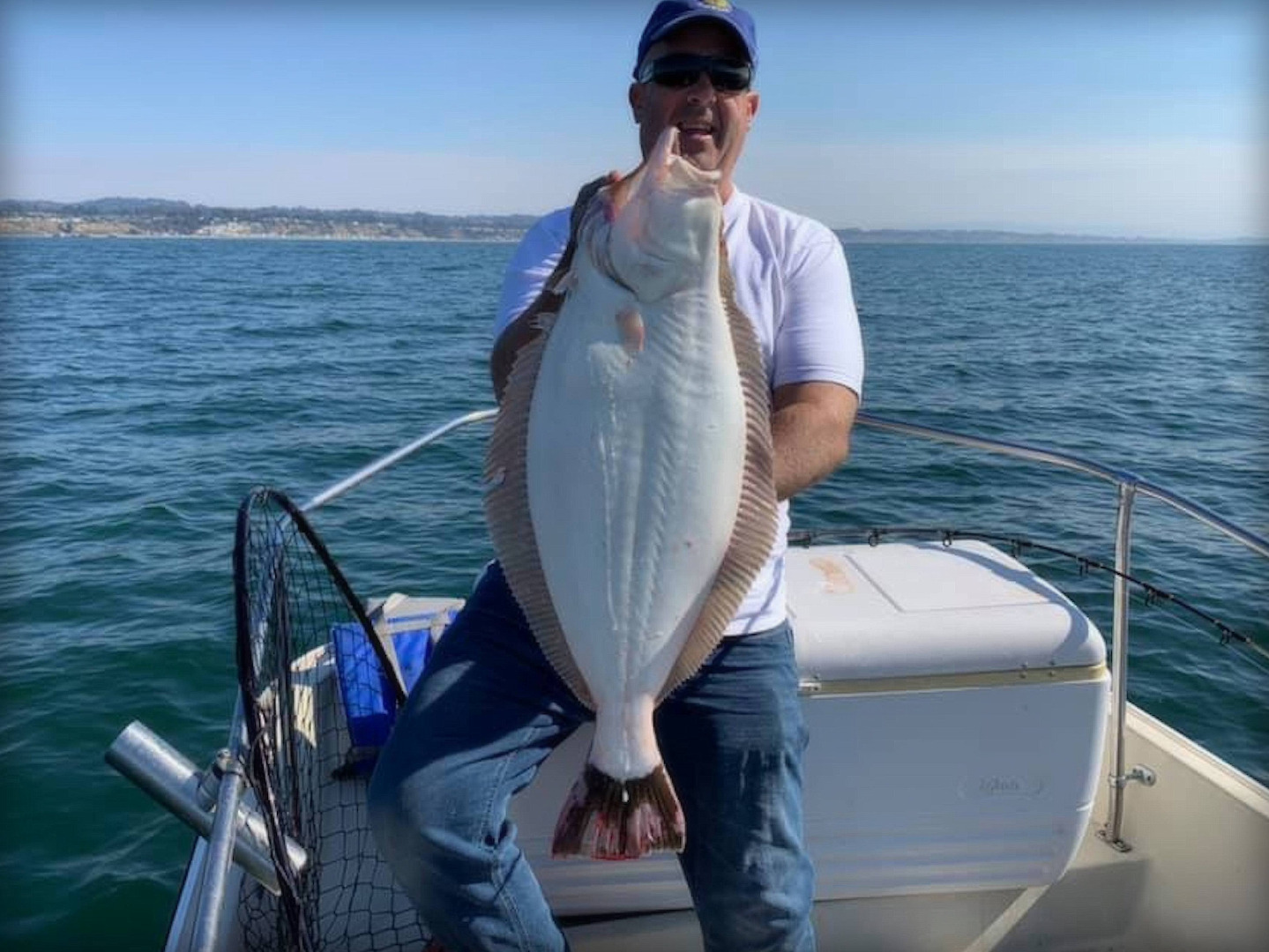 11-1-2019
Conditions were quite pleasant for fishing this week, with the exception of just those couple days of freakishly high winds....... Read More