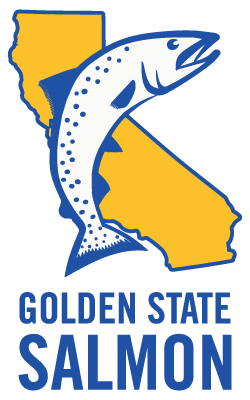 The Trump administration last week launched an attack on the health of San Francisco Bay and Delta and California’s salmon fishing industry with new rules allowing big increases in water diversions from this teetering, vulnerable ecosystem.

Under the federal Endangered Species Act, these rules are supposed to protect a half-dozen listed fish species, including two Chinook salmon runs, from harm caused by the massive state and federal dams, reservoirs, canals, pipes and pumps that move billions of gallons of water annually.

The new Trump administration rules replace prior ones that weren’t strong enough to protect salmon and other wildlife in the last drought. They only make the situation worse.

Heavy loss of salmon during the drought years of 2014 and 2015 from excessive water diversions and a shortage of cold water led to widespread agreement to strengthen the rules to better protect salmon runs.

Enter President Trump and Interior Secretary David Bernhardt, a former lobbyist and litigator for the Westland Water District, the biggest growers in the dry western San Joaquin Valley. This area largely lacks a sustainable local water source and instead relies on diversion of Northern California water needed by salmon.

In July, dozens of federal scientists reviewed the new Bernhardt proposal and concluded it would violate federal law and risk multiple extinctions, including to salmon.

Bernhardt’s response was to throw out the scientists’ findings and let the federal Bureau of Reclamation (the agency that operates the dams and pumps) help rewrite them and rubber stamp the increased water diversions.  The result of this political manipulation was released last week.

To no one’s surprise, the new Bernhardt rules conclude that struggling Bay-Delta salmon and other fish will be just fine if he turns the pumps up.  Way up. The new rules will now allow the Central Valley Project to kill many more salmon eggs in spawning rivers and baby salmon as they try to migrate through the Delta and Bay.

This is a Trump extinction plan. Today, Delta smelt are teetering on extinction.  The new Bernhardt rules appear designed to push them over the edge.  Salmon runs are next in line.

This new massive water diversion plan threatens more than fish.  It threatens tens of thousands of us whose jobs are tied to the salmon industry.

The California salmon fishing industry was shut down entirely in 2008 and 2009 after water diversions jumped about 16 percent in 2000. The current federal administration is determined to wipe out environmental protections enacted as a result of the damage done then. It looks like they’re trying to drive California’s salmon fishing industry out of business permanently.

Recently, San Joaquin Valley agriculture and southern California water users persuaded Gov. Gavin Newsom to veto Senate Bill 1, which would have given him new tools to block this federal attack.  Now, those same water users are lobbying the governor to endorse the Trump salmon extinction plan.  We hope Newsom will say no.  Hell no.

California’s salmon fishing industry calls on the governor to fight back as he has in other areas.  He should sue to block these illegal new federal rules.  And he should direct the California Department of Fish and Wildlife to strictly regulate Delta water pumping under state law.

John McManus is president of the Golden State Salmon Association.

9-30-2019
SAN FRANCISCO — In an effort to telegraph the full geographic breadth of our work on California Central Valley salmon,...... Read More