Fishing Conditions Have Been Stable in Monterey Bay 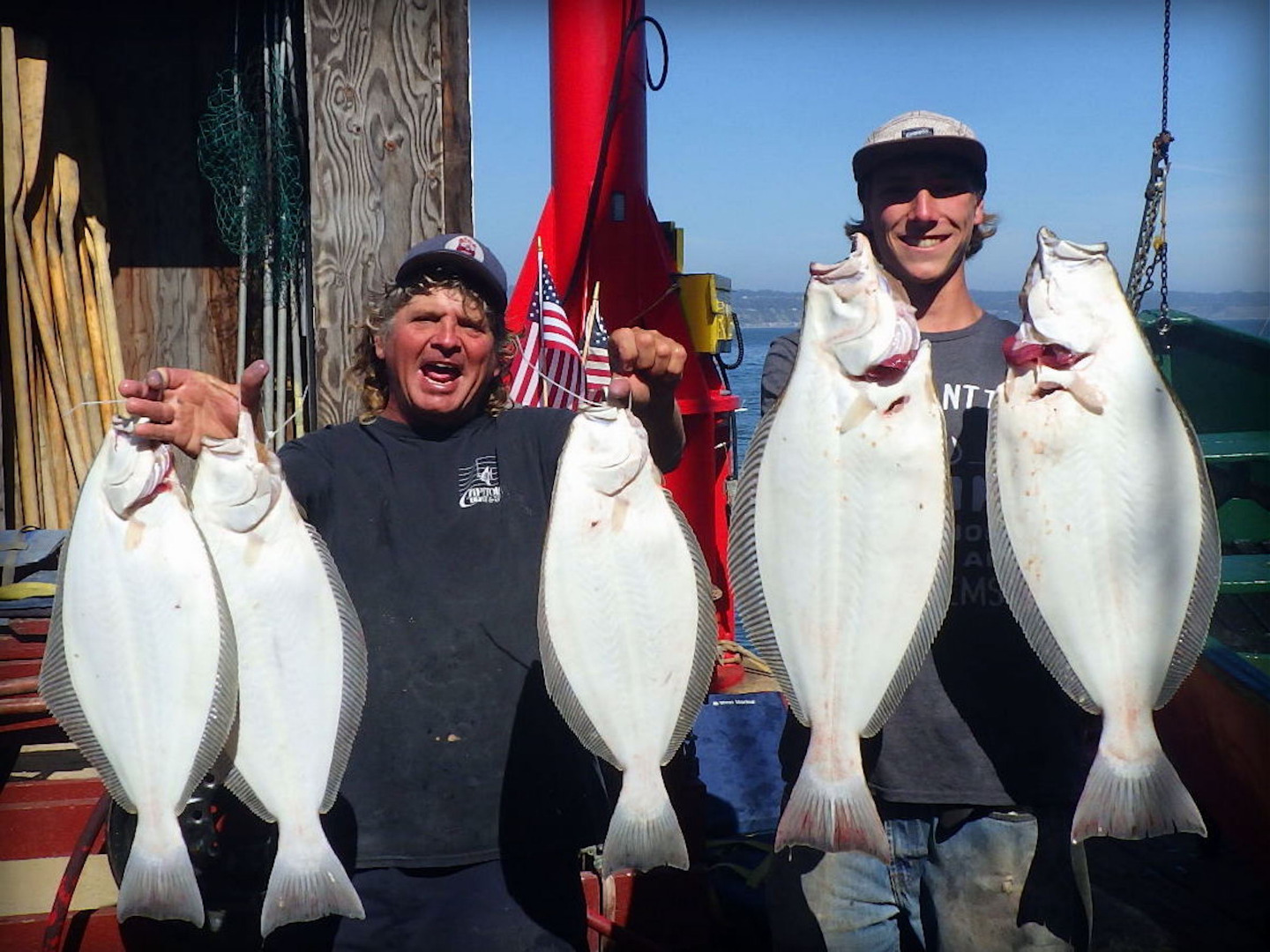 Aside from some afternoon gusty winds, fishing conditions have been very stable all along the Monterey Bay this week. And, the bay is full of hungry fish. Anglers were very successful on a variety of species.

Top of the list for serious anglers , of course are the king salmon. We’ve enjoyed a consistent presence of salmon since the season opened. Some weeks are better than others. This week was one of the better ones. Todd Fraser at Bayside Marine reported on Wednesday, “There were limits of salmon reported caught near the Soquel Hole. The fish are still being caught near the bottom in 280-320 feet of water. The halibut continue to bite up and down the coast not to mention in front of the harbor.”

Chris’ Fishing Trips posted limits of salmon for 14 moochers aboard the Check Mate on Wednesday, and half-limits on Tuesday. The Kahuna from Moss Landing recorded salmon caught on a couple of their trips this week. The hot spot seems to be the Soquel Hole area, though some found salmon success near Soldier’s Club and even straight out of Santa Cruz in 300 feet of water.

As Fraser mentions, halibut are biting all up and down the coast. Halibut central seems to be Capitola. For the past few weeks the bite there has been tremendous. An occasional halibut is caught from the Capitola Wharf, and anglers using swimbaits are catching multiple flatties in shallow water near the moorings and even inside the nearby kelpbeds. More numerous and larger fish are out in deeper water from 40-70 feet.

Striped bass catches are on the rise as well. Stripers are feeding nightly near the Capitola Wharf. It’s a great opportunity to get one of these tasty fish without walking miles of lonely beach. Also, you don’t need a fishing license to fish from the wharf.

Get there an hour or two before sunset and use a sabiki rig to catch anchovies below the wharf. Small shiner perch will work as well. Bring a couple 5-gallon buckets, a circle crab net and enough rope to get your bucket and your net down to the water’s surface. Use one bucket to hold the baitfish, and the other to refresh the water in that bait bucket to keep the fish alive. Deploy your live bait under a large bobber. Use a 1/0 or 2/0 bait hook pushed sideways through the nose of your baitfish.

We prefer to use a sliding bobber to which a bait leader attaches. Terminate your line with a pyramid sinker and cast it out as far as you can. The sinker will dig into the sand keep your line from drifting. The bobber slides up the line and stays on the surface, so your bait will remain in the top four or five feet of the water column. When that bobber disappears underwater, you know you have a fish on. Use the crab net (you’ll need a friend here) to net the fish and hoist up onto the wharf. Stripers must be at east 18-inches to keep. At this point of the season many if not most of the stripers hooked by anglers on the wharf or from the surfline are meeting that mark. 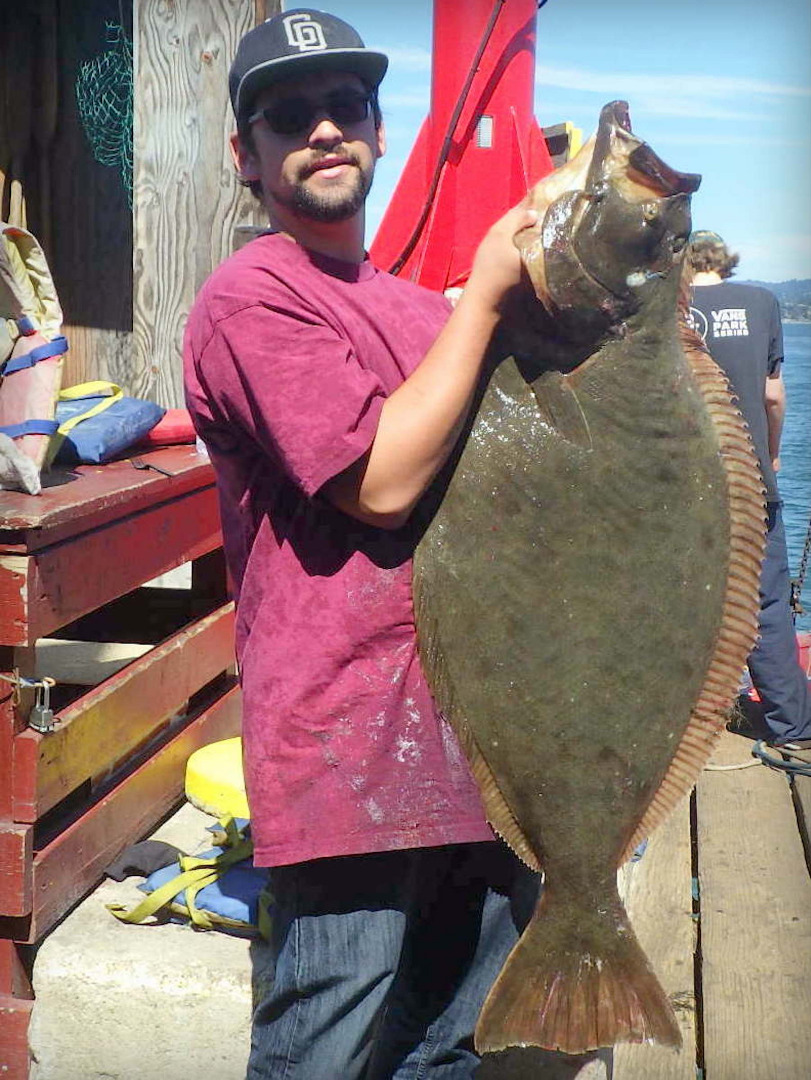 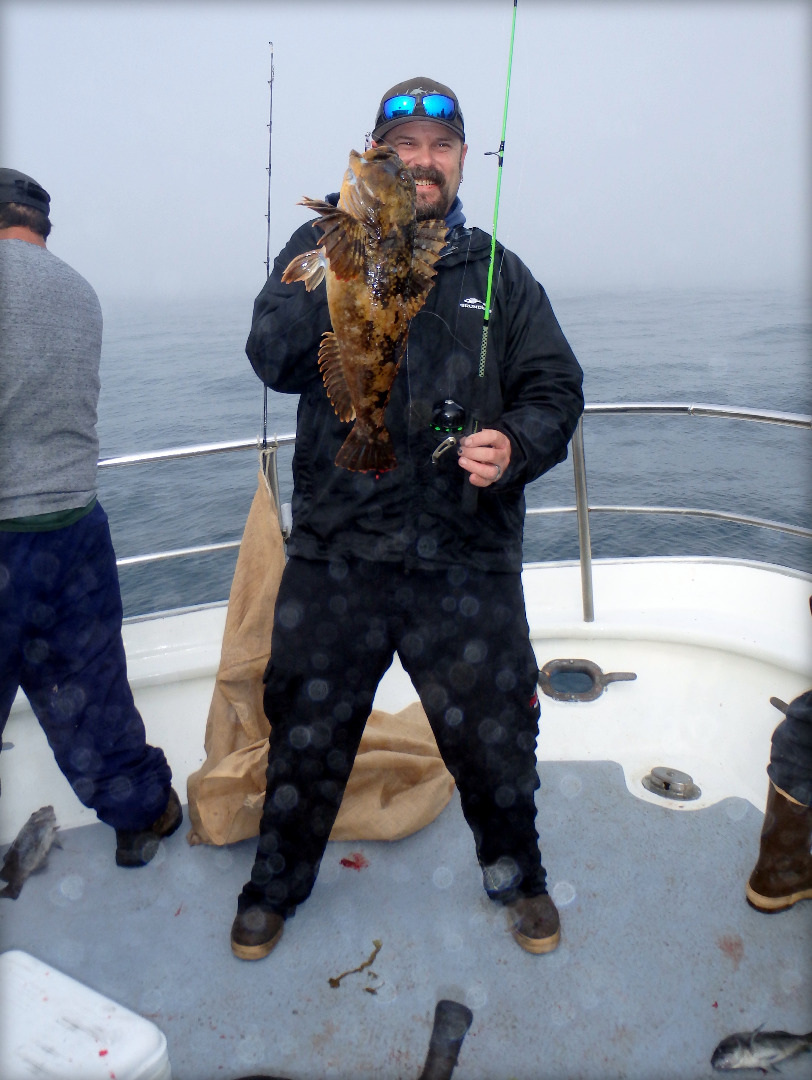 8-2-2019
Around Monterey Bay, rockfish are the most abundant species and boast the highest catch rate. Keeper rockfish (and lingcod) can...... Read More 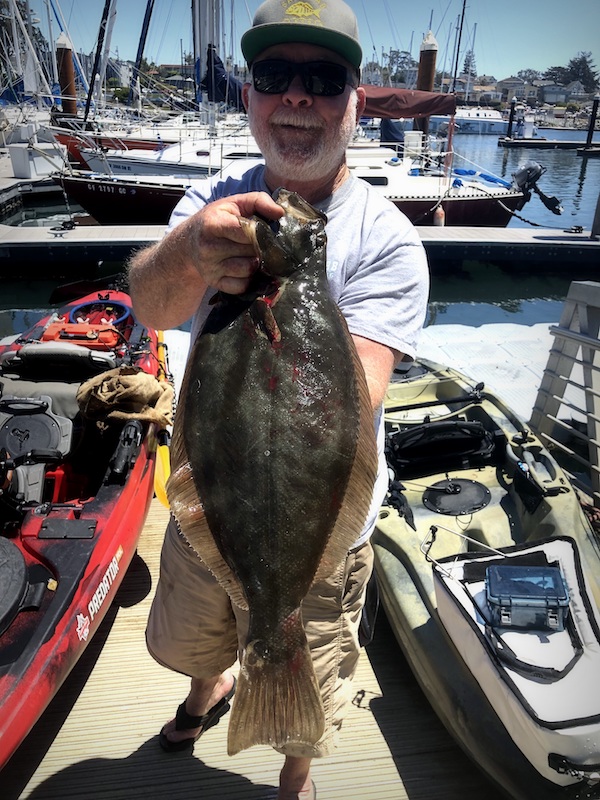 7-26-2019
The Mega-Bite with Tom Dolan at the helm is staying busy. His mid-week trips netted full limits of rockfish for...... Read More