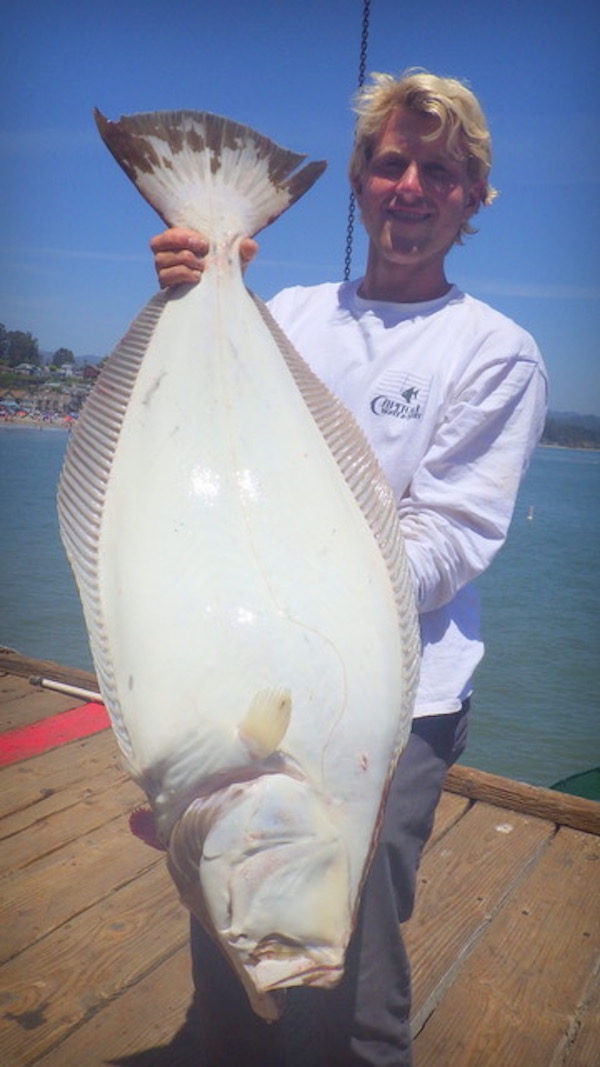 Conner Gera from Capitola Boat and Bait is on a roll. Ater landing a white sea bass earlier in the week, he pulled in this 30-pound flatty on Wednesday.
Photo Credit: Courtesy of Conner Gera

While not “on fire” like the the beginning of the season, salmon fishing has proved to be consistent and productive for Monterey Bay anglers this year so far. Salmon schools are scattered accross the bay, including a good number biting closer to the beach ss they folow the anchovy bait schools in towards the beach.
Todd Raser from Bayside Marine reported on Wednesday:
“Salmon fishing was good for the anglers who worked the east edge of the Soquel Hole. There were limits reported from 36'52/121'57 to 36'52/121'55. The salmon are still being caught 120-180 feet down on gold Tom Mack's, chrome Krippled Anchovies and Glow F.B.R.’s. There have been some Salmon caught in 120 feet of water near Davenport and the harbor.”
Carol Jones from Kahuna Sportfishing out of Moss Landing is busy these days. Specializing in “long-range” rockfish trips in the Big Sur area, the Kahuna continues to post impressive scores this season. The lure of Chinook is strong, however, and Jones reported on Wednesday, saying, “We’re going salmon fishing tomorrow. Probably off Marina and the Soldier’s Club area There’s fish here. They’re kinda deep for a mooch bite but some others are doing pretty good down there.”
Tinker Neece, skipper on the Check Mate from Chris’ Fishing Trips in Monterey has averaged around a fish per rod mooching in that area this week, working the flats in 150-180 feet of water. Chris’ also reported limits of rockfish on every trip up to 240 fish on the Caroline on tuesday.
Lots of halibut coming in to the wharf on the rental skiffs. Anglers are finding success in hooking the big flatfish using swimbaits, live bait or trolling hoochies in the flat sandy areas. Most of the keeper halibut are in the five to 15 pound range, but Conner Guera from Captiola Boat and Bait took a break to get some fishing time in on Tuesday, and wound up with a hog halibut that weighed in at 30 pounds. He was trolling the deeper water near the Cement Ship.
Halibut must be 22 inches in length to keep, and the daily bag limit is three fish.
Surfcasters all along the Monterey Bay are keeping busy as well. We are seeing a size increase in the numerous barred surf perch caught from the broad beaches of the inner bay. Stripers continue to bite well below Moss Landing, and there’s an increase of striper reports coming in from the beaches closer to Santa Cruz, including stripers caught from the Santa Cruz wharf just behind the surfline. 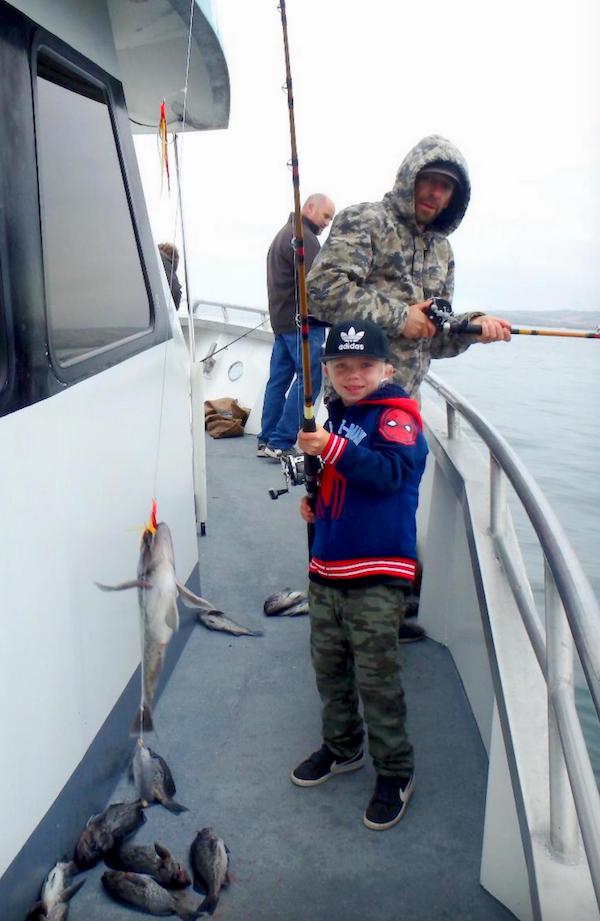 6-27-2019
Expect some good fishing conditions over the weekend, with generally light winds over a small to medium swell. It's shaping...... Read More 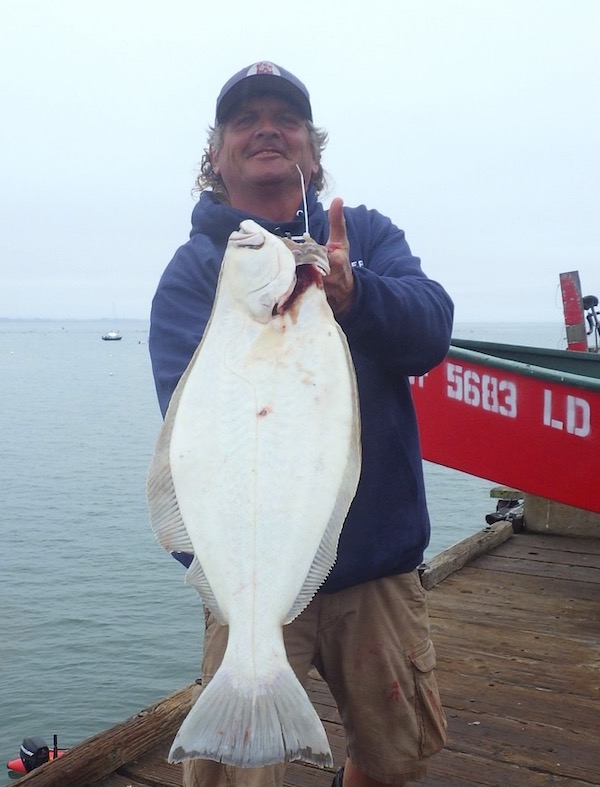 6-21-2019
This week featured some bothersome winds, especially in the afternoons and evenings. Along with combined south and west swells this...... Read More