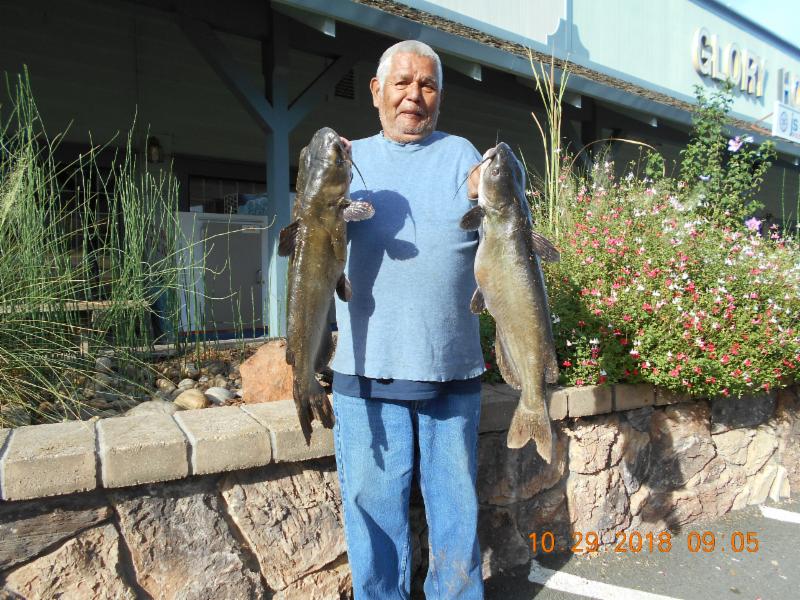 We like to promote catch and release on New Melones. If you do so, provide us a picture and bring it in for a copy or email it to us at [email protected] so we can put it on the board or in the newsletter.

A couple nice trout have come in last week in the 6-7 lb. range. Trout anglers are working the lake with Kastmasters and Needlefish at 40- 60 ft. depth. Up river floating salmon eggs at the flow could bring success for shore anglers.

Continued warm days and cooler nights where you need a jacket in the morning tells you the fall transition in in full swing. At this point in the season Bass can be found from 2 ft. and suspended down 40 ft. while they are in there transition period. Using a square bill crankbait to cover shallow water, and deep diver to cover 15-18 ft. depths early morning. Bait fish are prevalent near shoreline at various depths where the bass are filling up.

The last few days of the Catfish Tournament is upon us and the fishing is great with many 10 to near 15 lb cats coming in to be weighed. Local terror John has been fishing long and hard for what he has brought in to be weighed. Pictured with his nightly haul, a 10.12 lb. and a 8.39 lb. cats.

Slow but not at a standstill. Anglers reporting landing Crappie in the marina cove, and trolling on the main lake at 40 ft. Fall Crappie can be found shallow, deep or at the thermocline where it may be the most comfortable area for them to forage for food. 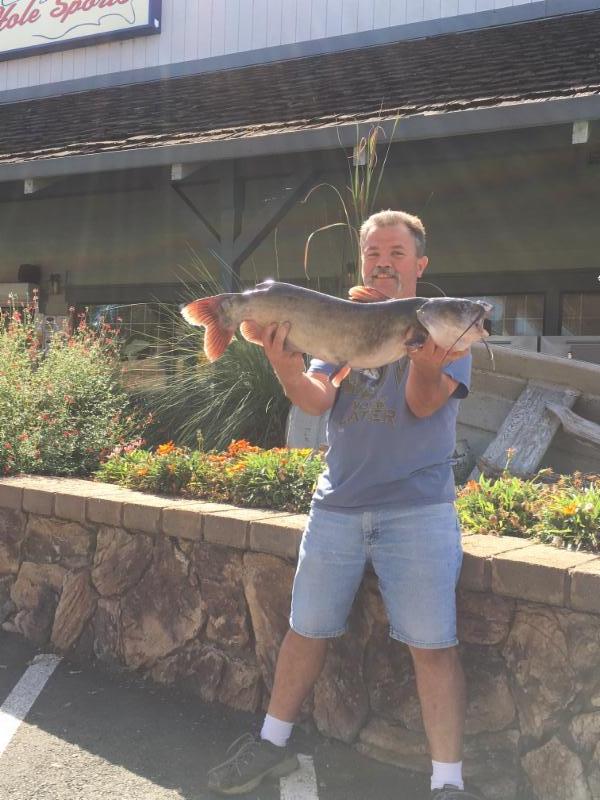 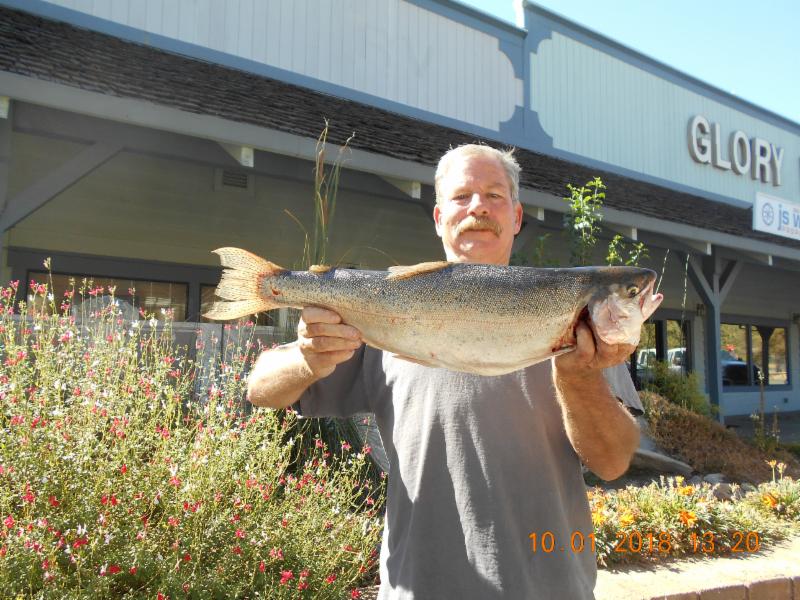 10-2-2018
New Melones Lake level is currently at 1031.90 Water temperature across the lake is steadily dropping with the cooler weather...... Read More