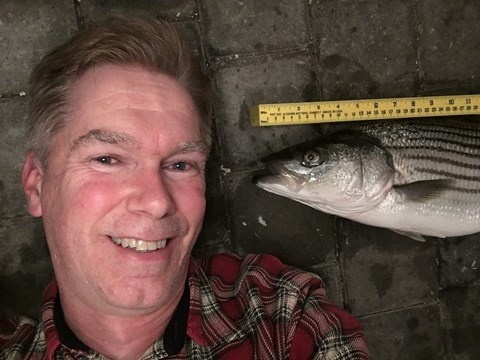 Striped Bass
Author Jerry Back and his nine pounds and 25 Inch striper
Photo Credit: Jerry Back

Knowing that it doesn't get much better than July for striped bass fishing on the beaches of San Francisco, I decided I’d try fishing Thursday evening for just a couple of hours to see if I could feel that familiar tug again on my line. Summer has been going by too quickly and I just spent the past week and a half nursing a cold. With my health fully restored, it was time to hit the beach.

I’ve been partial to fishing at sundown lately with the long, summer days. It’s well after dinner and then there’s a good two or three hours of fishing before returning back home for a normal night’s sleep. The stripers I hear are partial to dim light or dark conditions, as well. The downside of fishing at night, though, is that I don’t tend to take a lot of pictures. It was also really foggy and every ten minutes, I needed to wipe down my glasses just to see clearly.

There were several fishermen positioned up and down San Francisco’s Ocean Beach. There was a fellow just to the north of me reeling in a 35” striper (I checked the size afterwards), so that encouraged me to plug my Super Strike popper with renewed gusto.

About 20 minutes later, I had a nice striper on the line and brought it quickly to shore. I think part of my quick success was that I was watching some good videos on how to use the Super Strike lure (one was from the lure maker himself and another was from the editor of a popular East Coast surf fishing magazine). I adjusted my retrieve style with this lure based on the advice given and I think I reaped the benefits. Or, I was just in the right place at the right time again. I like to think the former, not the latter.

Well, it was only 10:30 p.m. and I could have tried for another striper (the limit is two stripers), but I decided to head home to get a good night’s sleep, instead. I’ll definitely get out there a few more times this month. August should still be great fishing, too, but I know that now is definitely the time to be out there casting into that dark, foggy, San Francisco night. 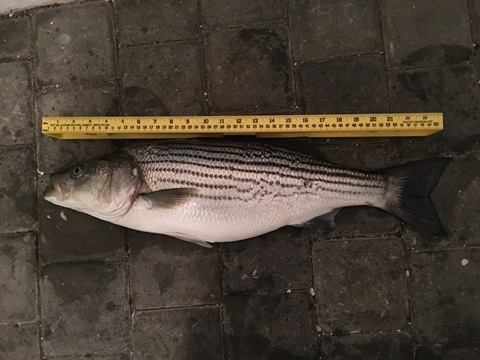 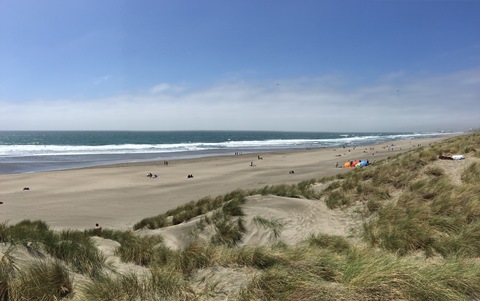 6-15-2016
While driving back home after a full Saturday’s afternoon of errands, my wife looked out to the Pacific Ocean and...... Read More