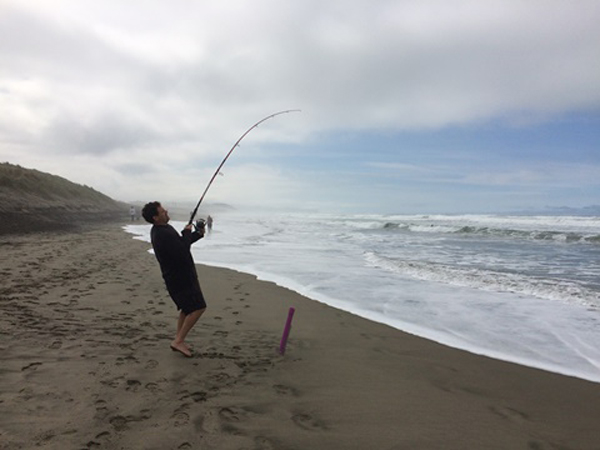 With all the recent El Niño storms during the first half of March, conditions have not been favorable for surf fishing on Ocean Beach, a beach that serves as a border between the Pacific Ocean and my sleepy San Francisco neighborhood, the Sunset District.  The Sunset District is an unassuming place that features rows upon rows of quaint, mostly two bedroom homes built just before, during, and after World War II upon what was formerly miles and miles of empty sand dunes.

The actual rain while fishing doesn’t bother me so much.  Perhaps I’m part Norwegian from Norway--a country where you’re likely to hear “there is no such thing as bad weather, only bad clothing.”  And I have the right clothes, but it’s the huge 10 to 20 foot swells that make standing next to the ocean a potentially treacherous endeavor.  And if constantly looking out for a possible sneaker wave wasn’t enough, a steady 20 knot onshore wind with the occasional 35 knot gust makes surf fishing practically impossible.  Try and cast out that Carolina rig you’ve baited up and it might land somewhere between your forehead and the car you parked on 48th Avenue.

So, when I saw that the forecasted wave height would be somewhere in the 3 to 6 foot range and that low tide would begin around 3 AM, I thought an early Saturday morning trip to the beach just about 10 blocks from my house was long overdue.

The drive from my house to the beach takes two minutes.  I’ve walked there before with rod in hand to go fishing, but that was in summer when no waders are needed.  For the final day of winter, it was waders, a heavy flannel and a water-resistant overcoat.  Add a beanie with headlamp and I’m ready to head out into the darkness.  And dark it still was at 5:45 AM.  I’m cognizant that there are probably some people sleeping in their cars on 48th Avenue, the last street one can park their car on and then get out to walk across the Great Highway to the sands of Ocean Beach.  I turn off the car’s main headlights as I ease in between two cars hoping not to wake up anyone.  I stop to take a photo to try and capture the sleepy ambiance of the damp and still morning.

From my car to the waves is a short, five-minute walk across the Great Highway and over a long sand dune.  It’s still completely dark and I rely upon the nearby streetlights to keep me from walking into the ocean.  I was about to turn on my headlamp, but I didn’t want to announce my arrival to anyone (or anything) sleeping on the beach.  Turns out, I could see nearby a dying ember from a campfire glowing softly on a sand dune.  Not only that, I spotted a glowing red dot that would appear and disappear in the darkness next to the ember.  A lit cigarette.  So, I wasn’t alone after all.  That’s fine--I’ll just keep an eye on the person and it would soon be light out anyway.  If he was waiting up all night wondering where the sun went, it would soon dawn on him.

Because it was going to be dark for my first hour of fishing, I would have to use my headlamp to bait the #6 baitholder hook on my Carolina rig.  I would start with a 4-inch Berkeley Gulp! camouflage sand worm.  With my headlamp suddenly piercing the darkness, the campfire guy could now see what I looked like, but I still couldn’t see him.  That’s fine--he’s likely just waking up after a long night of sleeping off a drunk on the sand dune.  He’s a smoker, right?  I can easily outrun him, if need be, or simply walk into the ocean with my waders on--I doubt he’d want to follow me into the surf and get soaking wet.  All my valuables were on my person, so there’s nothing he’d be able to snatch while I was fishing.  I also have other back-up contingencies, if you know what I mean.  The main point is to be careful and aware of your surrounding when you’re out fishing by yourself at night.  Fish with a buddy is probably the ideal,

So, I started to cast out my Carolina rig.  I was using a short 7 foot (heavy/fast action) rod because I didn’t need to cast out very far.  Otherwise, I’d use a longer rod in the 11 foot range.  This shorter, lighter rod would help with my overall endurance.  I began with a two-ounce sliding sinker.  Even if it wasn’t enough weight to keep the Carolina rig in place on the sandy bottom, it would drift nicely one way or the other and since there was no one else out there, having my line drift around in the surf wouldn’t be a problem.  I get most of my perch bites right up next to the shoreline, so casting distance is just not a priority today.

The dawn finally arrived and I found the beach completely empty of life with the exception of campfire guy.  I had been fishing a solid hour by then and wasn’t getting much bite action.  I tried moving up and down the beach about 100 yards in both directions, but couldn’t seem to find a sweet spot for the perch.  I’ve caught my limit several times here before, so I was optimistic I’d have a few fish by now.  Perhaps the lack of recent wave action wasn’t uncovering beds of sand crabs, which the perch like to devour.

Whatever the reason, I also came prepared to throw out a surf lure or two to test the water for any stripers (striped bass), which will hopefully be returning to the area after spending the winter up in the Sacramento Delta region and various rivers.  The striper schools don’t typically arrive until April, but I couldn’t resist throwing out my favorite Roosta Popper lure just in case.

Well, plugging for any early-bird stripers was fun for about 30 minutes, but I wasn’t going to spend the rest of the morning taking a chance that cow would strike this early in the season.  So, I soon reeled in and walked over to a fisherman I had seen earlier throwing out a crab snare nearby.  I asked him how much weight he was using to keep the snare from drifting and he said “seven ounces, but that I might add another ounce.”  Heavier weight than the standard 3 to 4 ounce weight is needed in a rough water beach like Ocean Beach, but when you put that much weight in a crab snare, you risk snapping the leader and sending your crab snare to Japan by air mail, or, even worse, snapping your rod.

Well, the crab fisherman said he caught three Dungeness the other day, so I didn’t doubt his technique, but I didn’t see him pull anything to shore on this day, either.  He and his dog eventually headed south.  Before he left, however, he told me that another fisherman had come up to him just prior to me and that this fisherman was there to target striper.  Good to know that my previous efforts earlier that morning weren’t completely futile.  Hopefully soon the stripers will return en masse and it will be these first few fishermen who will find out first that they’ve come returned for another season.

So, I had already been at the beach for six hours by now as it approached noon.  It was about time to pack it up.  Just a handful of strikes, but nothing hooked up.  On my last cast, though, I finally got a fish on the line.  I knew it wasn’t big, but as long as I could get it to shore, I’d avoid the dreaded skunk smell.  Well, it was long, but thin--a 13” Jacksmelt.  Something a sea lion or large striper would surely enjoy, but probably less than a pound.  I quickly got it off the hook and brought back to the water to let it swim away--no need to take just one fish home and suffer the ridicule.

By late morning, the beach was brimming with activity.  Joggers, dogs, joggers with dogs, couples, singles, and families with kids.  The sun had long been out and the dense fog that was dripping off my face in the early morning hours had long since burned off leaving mostly clear skies.

Well, I think my next outing to the beach will be in just a few days.  This time I plan on catching Dungeness crab with my trusty crab snares and two 11 foot rods.  There’s a lot more predictability in catching crab since they’re not very bright, they’re opportunistic and they’re always hungry.  The challenge is finding the “keeper-sized” crab and not the shorties, which must be thrown back.  With the commercial crab season about to start on Saturday, March 26th, I’ll have one last chance to catch crab unimpeded by all those boats and crab pots.  I’ll let you know how it goes!

Jerry also wrote an article for MyOutdoor Buddy titled "How to Catch Dungeness Crab with Rod and Reel," which can be found here.  An archive of his recent articles published on Norcal.Fishreports.com can be found here. 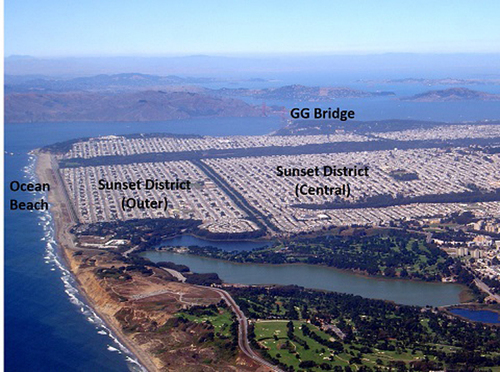 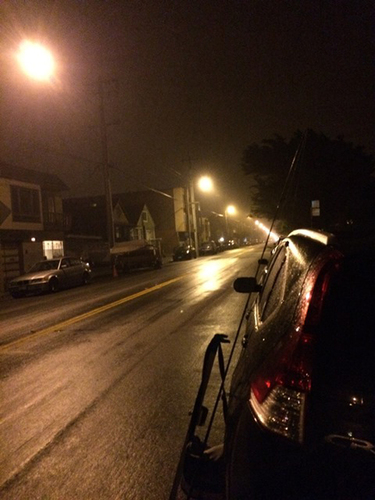 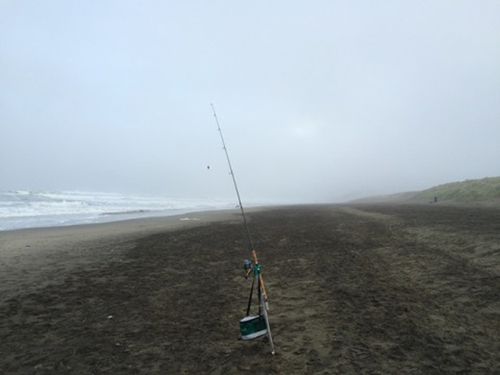 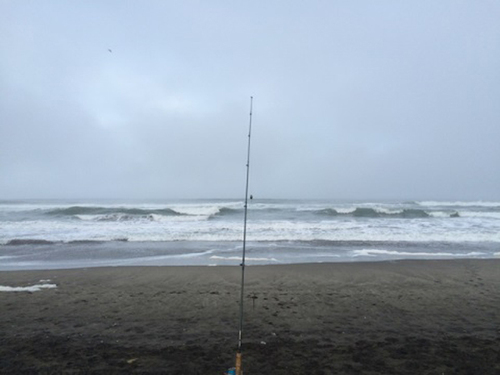 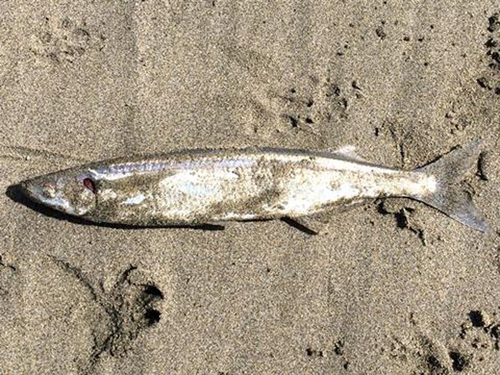 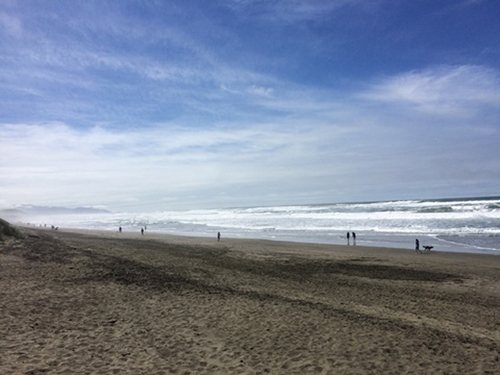 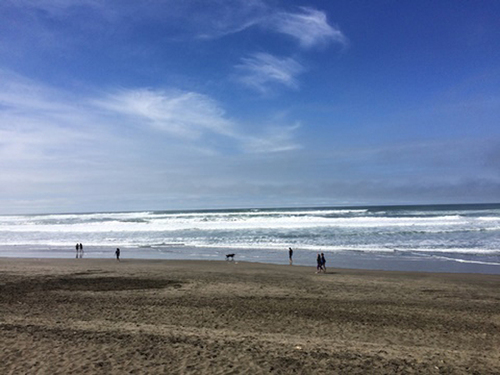 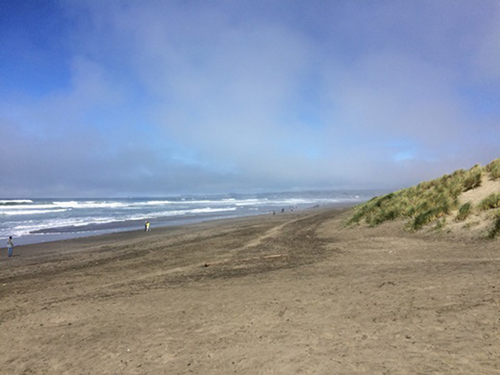 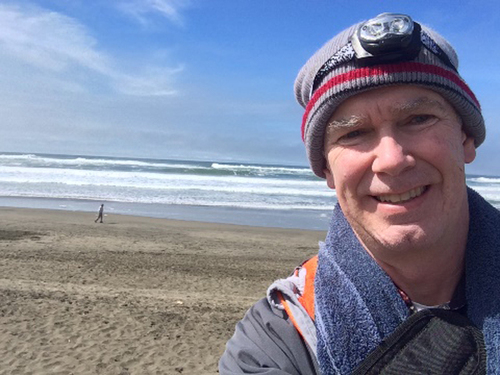 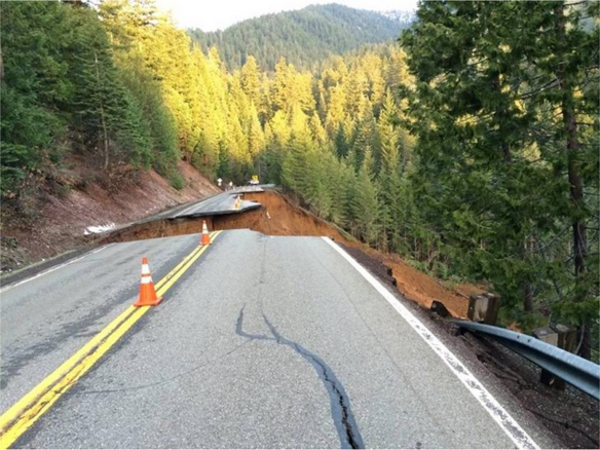 3-17-2016
Highway 3, the access to Trinity Lake and Trinity Center from Weaverville is closed due to a major roadway collapse....... Read More 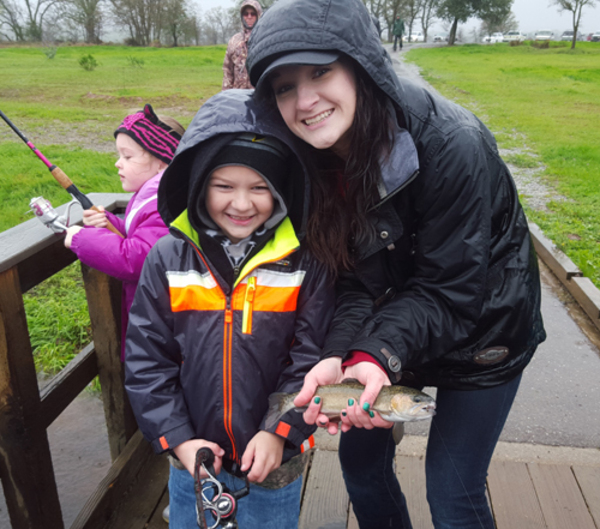 3-15-2016
To recap the Free Kids Fishing Day held this last Saturday at the Bass Pond in the BLM Sacramento River...... Read More