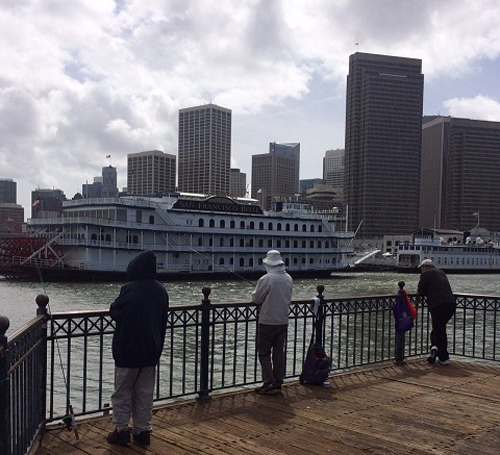 Headline: San Francisco Pier 7 Fishing - Revisited! What a difference a day makes! It’s been almost three weeks since my last visit to San Francisco’s picturesque Pier 7, so I thought I’d take a walk from my nearby office location during a lunch break to check out the fishing. We’ve just had several days of moderate rainfall due to El Niño (San Francisco is already 50% above average for the month of March!) and skies were mostly cloudy. Would the recent rains affect the fishing? The peak low tide was a couple hours earlier, so would the incoming tide be of any help to the anglers?

Nearing the entry point of the pier, I could already see there weren’t very many lines in the water as I gazed out toward the far end of the pier. This does not bode well because if there are fish to be caught, word gets out quickly in nearby Chinatown and you would expect to see dozens of lines, side-by-side on Pier 7, reeling and casting, casting and reeling.

As I walked down the first 100 feet of this 840 foot pier, I could begin to see a rod here and there, so I knew I would at least get to see some disappointed fishermen and maybe ask them a few questions about how the day was going. Well, by the time I made it to the end of the pier, the atmosphere was certainly muted--gone was the joyous laughter and loud bragging from three weeks prior when there had been dozens of anglers, each who seem to be reeling in Jacksmelt with every cast! Instead, I was met by a more subdued group, most watching quietly and patiently the tips of their rods for the slightest bit of action. Which, for most, never came.

But there was indeed some action for a lucky few, but nothing to get too excited about. I watched two different anglers each reel in rather smallish-looking Jacksmelt. Their bags each held three or four fish--nothing to write home about. I watched a few other anglers catch a whole lot of nothing during the 45 minutes I was out there. I sure hope the bite eventually came after I left and that’s the way it often happens on Pier 7. Nothing, then frantic action and triumphant jubilation, and then a quiet period again. Well, for some anglers just cracking a smile qualifies for triumphant jubilation--I think you get the picture.

I also watched one man rig up a crab hoop net with what seemed to be baited using a whole chicken. I’m not sure what he was aiming to catch, though. Dungeness crab are always illegal to catch in the Bay (any point inside the Golden Gate Bridge is off-limits). And Rock crab are normally legal to catch in the Bay year round, but the recreational rock crab fishery still remains closed. Eating bad crab seemed the least of this fellow’s worries, though. The way he left the chicken so exposed and accessible in his hoop net suggests he was possibly interested in feeding the sea lions (who are known to steal the bait from crab hoop nets unless the bait is kept tightly secured). I joke, of course--this guy definitely wanted some kind of crab. I had to get back to my office, though, so I wouldn’t get a chance to find out his real intentions!

I’ll keep returning to Pier 7 in the coming weeks through spring and summer, as I know I’ve seen harvested in years past a wide selection of species such as leopard shark, bat ray, striped bass, mackerel, and anchovies.

Jerry Back is a television research executive residing in San Francisco, California. Other outdoor interests include fishing for Striped Bass (a.k.a., “stripers”) and anything else he can catch on the beaches of San Francisco. Jerry can be contacted at 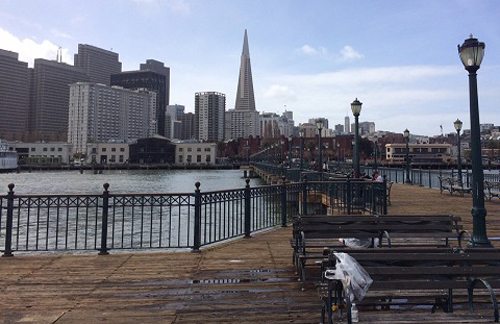 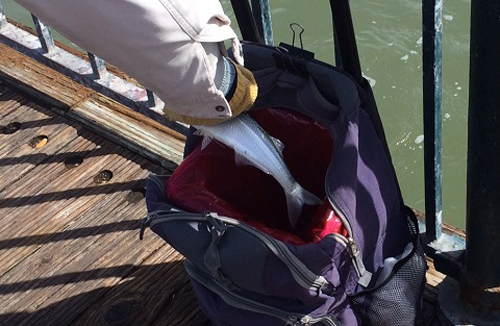 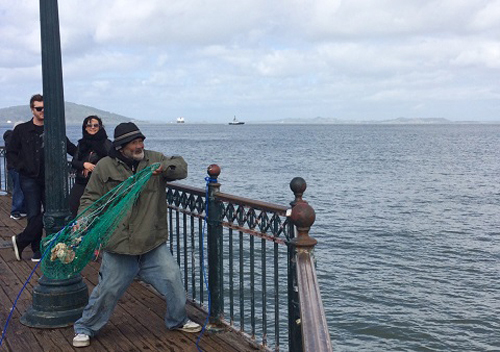 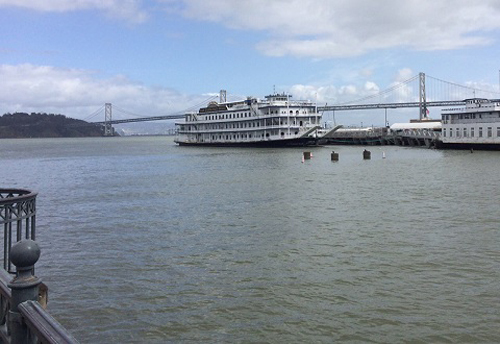 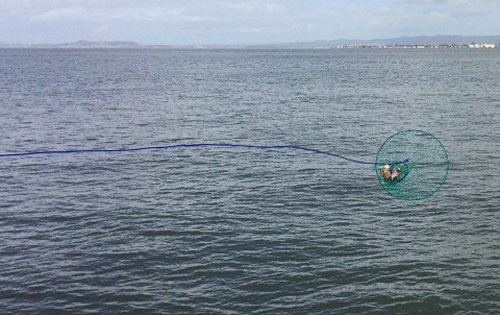 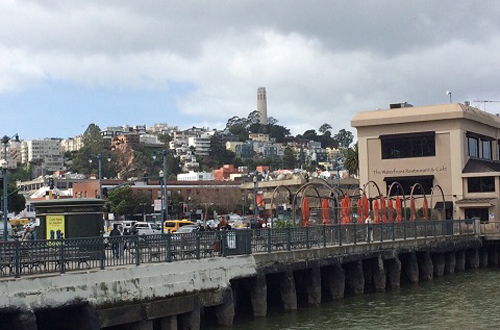 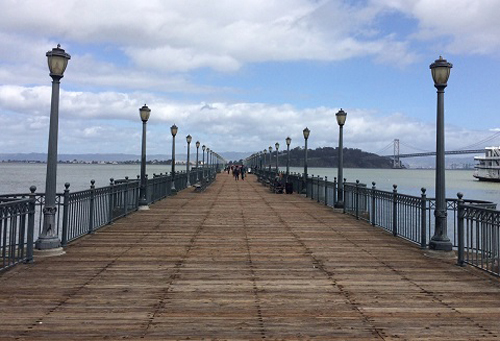 3-3-2016
Those anglers locating and keying into warmer water temperature locations at Shasta Lake have been producing great results. A wide...... Read More

Illegal Fish Selling on the Streets of San Francisco 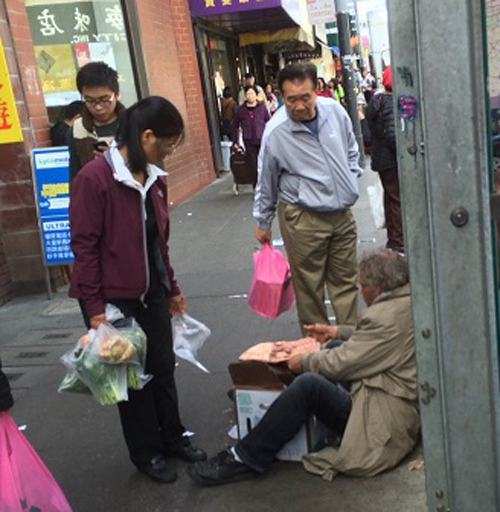