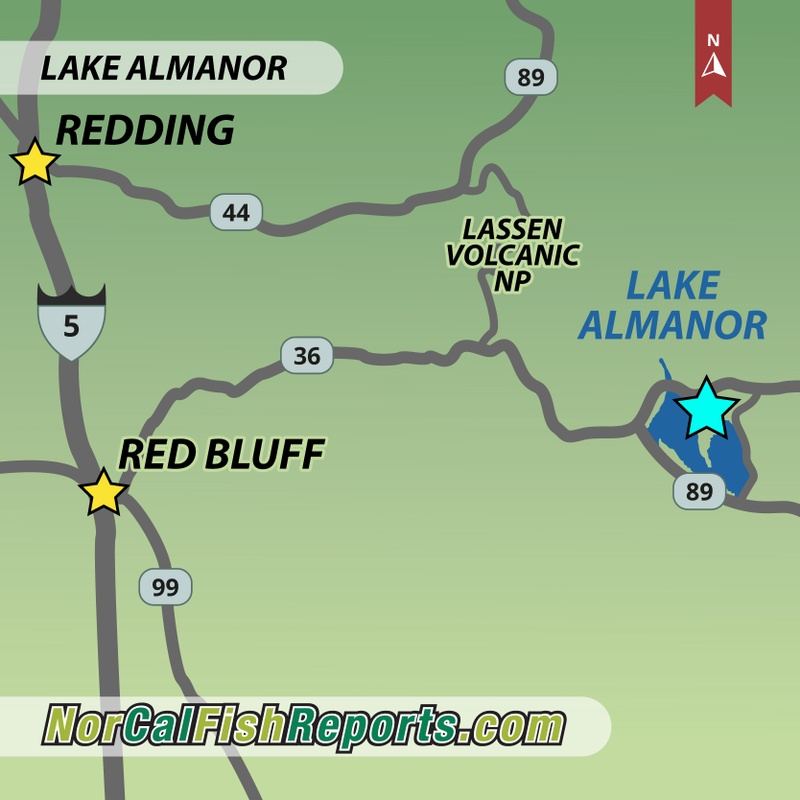 Four inches of wind driven snow kept most guys indoors during the earl part of the week. However both public boat ramps are open and operational, also several private ramps like Hamilton Branch Association, and The Peninsula's Rec. 1 and 2. Plumas Pines still have docks in the water, Prattville has pulled all of theirs out last week.

Trolling and Jigging have been producing the most positive reports. The forecast is for a nice weekend.

Cooler surface temps have fish closer to the top longer, and deeper into the morning. Brown trout spawning is activity underway.  Release hens gently. Jigging around the log boom at Rec. 2 has picked up, several limits reported this week. Also try, roe, crickets, or mealworms suspended 6 to 10 feet off the bottom. A- Frame to Rec. 1, again lots of bait in this popular trolling lane, but fish are here too. Almanor West, if the clarity would improve so would the bite, lots of marks. Bait balls appear on the sonar to be much smaller, but just in this area. Bait balls in the east basin appear everywhere you go, and the size of freight train boxcars....one after another. Hamilton Branch to Big Springs, still the best bet for trolling.