The entrance to the Canyon Dam Boat Ramp 12/7/22. Imagine driving several hours expecting to do some fishing and find this.

Winter fishing has always been special at Lake Almanor, one of the few lakes, at a higher elevation in the sierras that is relatively accessible. Many hearty anglers flock to its waters during the colder months in hopes of doing battle with some of Almanor's famous trout. Fishing the "off season" colder months does take a bit of pre-trip planning and preparation, things such as gear, clothing and travel routes in and out of the Almanor basin all should get extra attention. To promote success, you need to pick and choose you days wisely, learning to fish the "weather windows" between fronts and storms when conditions can more on the favorable side is key. On those days Almanor can be magical, calm waters with stunning views of the surrounding hills and Mt. Lassen clad in their wintery veil.  12/7/22 was one of those days.

The Canyon Dam Boat Ramp facility becomes crucial during the winter months as it is the only public access on the entire lake that is both open and maintained during winter or at least it used to be. Obviously, the facility provides access for people to launch boats, however the road and parking lot also provide key access to shore-based anglers at a prime time to intercept cruising trout as they slide in and out of the coves to the north and south. Bird watchers also frequent the facility, it gets them closer to the water and provides a good point to view their feathered friends.

There is an important economic component also associated with users having Canyon Dam to access the lake. Many of the users travel from out of town and while in and going through our communities they bring recreation dollars into local businesses. Many businesses in the area opt to run on the seasonal model, and close down during the winter, but to the ones that stay open year-round these dollars are vital.  Visitors may eat in restaurants, purchase fuel and supplies or even stay in local lodging establishments.

On 12/7/22 I was traveling north to Oregon when i received a call from someone who had driven several hours to Almanor intending to launch a boat and fish, only to find that access was not available. Several feet of snow covered the access road and a nice berm had been built up by the Cal Trans plows working Hwy 89. He had done his due diligence in planning the trip, he checked the weather as well as the road situation and was prepared for the conditions. He also checked to see that Canyon Dam would be open. Discouraged, he left and returned home. Below you will see several screen grabs from the Almanor Ranger District's web site indicating Canyon Dam is open and useable.

A little back story and history: for many years going back the Canyon Dam facility was maintained by the Plumas County Road Department plow operators. Each year the Almanor Ranger District would sign and provide a contract to the county to maintain the access road, boat ramp and parking lot. Beginning last year that did not happen, instead they let the snow stack up for several weeks to the point that no plow truck would be capable of breaking through. Finally, the USFS bought in a large loader to open things back up. As of this writing there was several feet of snow covering the road from multiple storms that were about 5 days apart and the latest storm is currently adding what will most likely be additional feet of snow to that, all but guaranteeing it will again take the intervention of heavy equipment to open the facility back up.

If you have an interest in this as a user, potential user, local business or anyone who cares about local recreation, please use the contact information below to contact the USFS. Tell them to keep Canyon Dam Boat Ramp facility open, maintain the access road and parking lot so the public can have access to Lake Almanor.
​
Almanor Ranger District (530) 258-2141
Lassen National Forest Supervisors Office (530) 257-2151 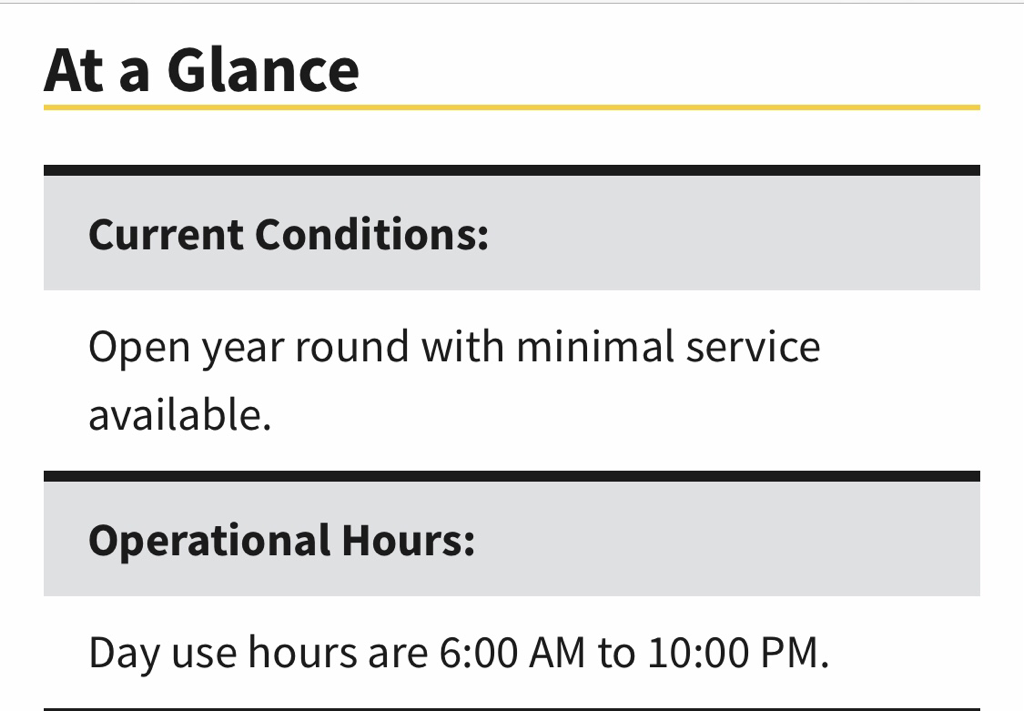 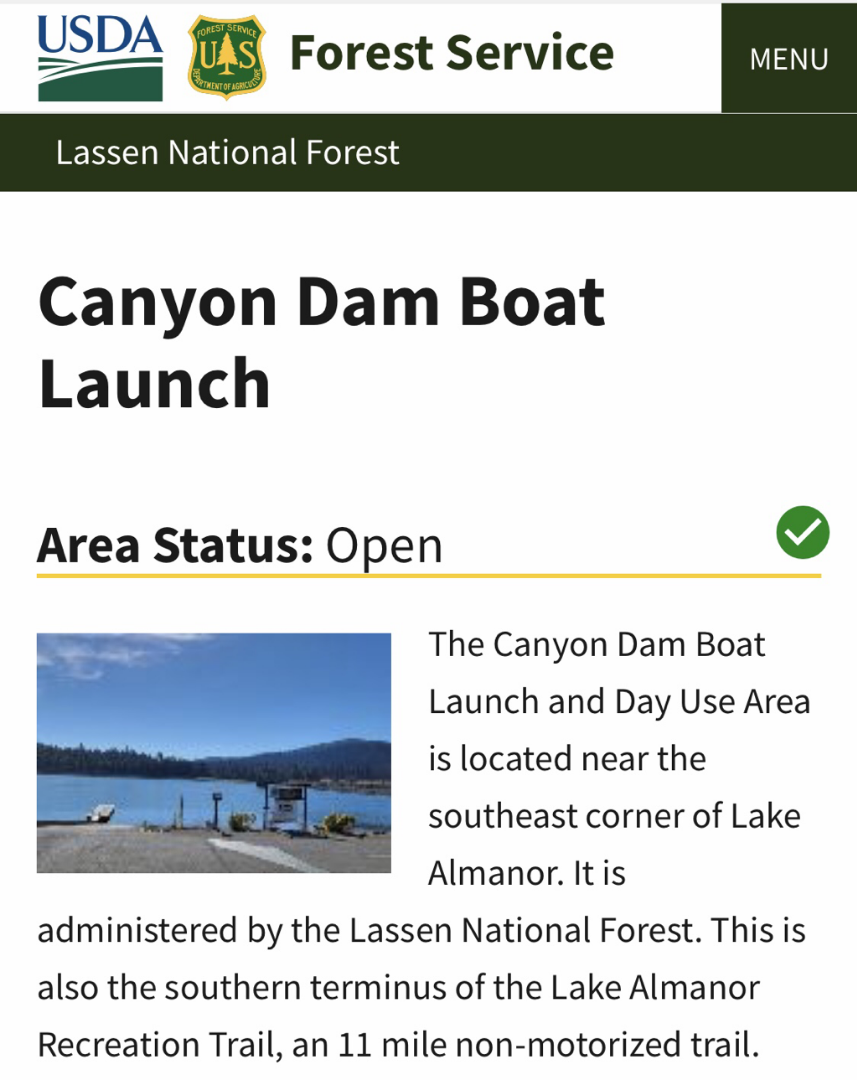 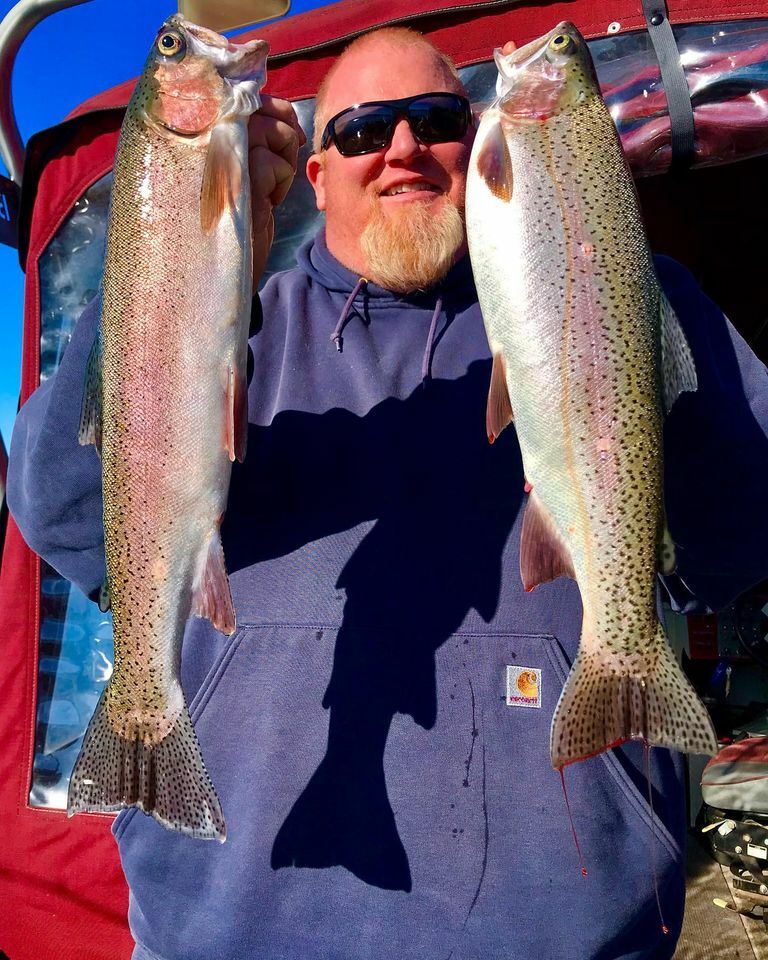 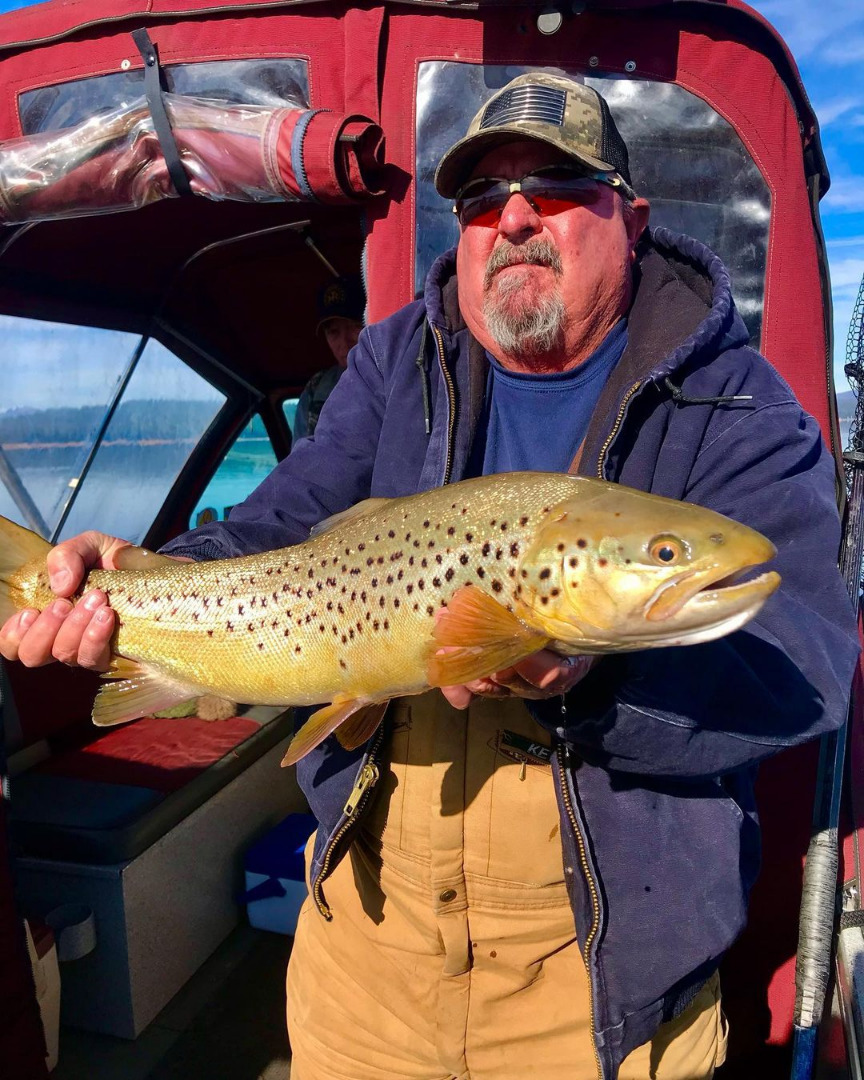