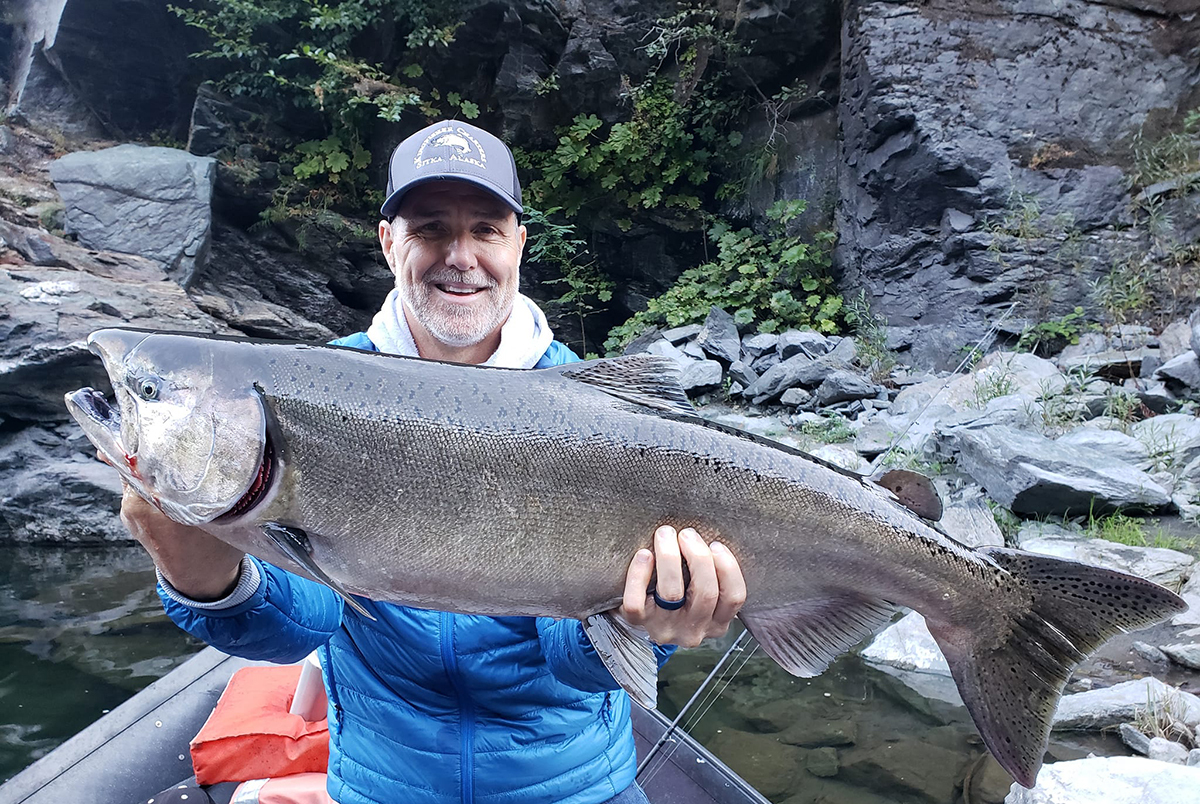 Andrew Mclaughlin of Eureka landed this adult king salmon on a recent float down the lower Trinity River. The lower Trinity is now the only sector in the Klamath basin where adult kings can be harvested.
Photo Credit: Photo courtesy of Redwood Coast Fishing with Mike Stratman

Anglers may still fish for adult Chinook salmon in the Lower Trinity River sector downstream of the Denny Road Bridge at Hawkins Bar to the confluence with the Klamath River. All other sectors are closed to adult salmon harvest.

Anglers may monitor the quota status of open and closed sections of the Klamath and Trinity rivers by calling the information hotline at (800) 564-6479.

All depths rockfish to begin Nov. 1

The North Coast all-depth recreational fishery will begin Nov. 1. The all-depth fishery will take place only in November and December, and only north of Point Arena. The newly open areas will allow anglers to target groundfish species in the midwater column, such as widow and yellowtail rockfish, as well as species found on the bottom. There are no special gear requirements, though unless otherwise specified, regulations require anglers to use not more than two hooks and one line to target groundfish. All other season dates, bag limits, size limits and other special area closures still apply. For more information regarding groundfish regulations, management and fish identification tools, please visit wildlife.ca.gov/Fishing/Ocean/Regulations/Groundfish-Summary.

Dungeness crab testing ongoing
Domoic acid testing in Dungeness crabs is nearly complete on the California coast. To date, samples from Crescent City, Eureka, Bodega Bay, Trinidad, Half Moon Bay/San Francisco and Monterey have all been tested at least once. Only Fort Bragg and Morro Bay have yet to post test results. None of the tested ports had crabs that exceed the action level of 30 parts per million. For more information, visit cdph.ca.gov/Programs/CEH/DFDCS/Pages/FDBPrograms/FoodSafetyProgram/DomoicAcid.aspx.

The Oceans:
Eureka
The rockfish bite at Cape Mendocino remains excellent when the boats can make it offshore. Ocean conditions don’t look good through at least the weekend. The rockfish season will run through December and starting Nov. 1 there will be no depth restrictions. Recreational crab season is expected to open Nov. 5.

Shelter Cove
According to Jake Mitchell of Sea Hawk Sport Fishing, another Bluefin was landed last Tuesday, but none since then. “It’s been really foggy, which makes it difficult to find them,” said Mitchell.  “Aside from the tuna, the rockfish bite is still going strong with easy limits.”

Crescent City
With the tuna season likely over for the season, boats are focusing on rockfish. Limits continue to come over the rails easily, including some nice lingcod. The north and south reefs along with the Sisters are producing some of the best fishing.

Brookings
Rough ocean conditions have slowed lingcod and rockfish action reports Andy Martin of Brookings Fishing Charters. “Big swells are expected into the weekend,” said Martin. “A boat that attempted to cross the Gold Beach bar over the weekend capsized, with its sole occupant rescued by a local police officer who swam out to pull the boater to safety.”

North Coast river closures
Currently, all North Coast rivers subjected to low flow fishing closures, including the Eel, Mad, Redwood Creek, Smith and Van Duzen, are closed. Sections of rivers that are open include the main stem Smith River from its mouth to the mouth of Rowdy Creek. New in 2022, a low-flow angling restriction was added to the section of the Eel River from the mouth to Fulmor Road at its paved junction with the south bank of the Eel River, Sept. 1 through April 30. The Mad River from the mouth to 200 yards upstream is closed until Jan. 1. The Department of Fish and Wildlife will make the information available to the public no later than 1 p.m. each Monday, Wednesday and Friday as to whether any river will be closed to fishing. The rivers can be opened at any time. The low flow closure hotline for North Coast rivers is (707) 822-3164. For more information, visit https://fishingthenorthcoast.com/2021/09/22/2021-2022-low-flow-information-for-north-coast-rivers/

The Rivers:
Lower Klamath
The salmon bite and the fishing pressure have both slowed on the lower Klamath. Fishing can be good this time of the year as some of the late-run kings start to stage in front of the bigger creeks. For the week ending Oct. 21, a total of 14 jacks were harvested above the 101 Bridge compared to 43 from the previous week. The daily bag limit is two jack Chinook 23 inches or less, and two hatchery steelhead.

Chetco estuary
Salmon fishing has slowed in the Chetco estuary as the bulk of this year’s early fall run has moved into the tidewater area, according to Martin. “Bobber fishing with roe and sand shrimp has been good, but conditions are crowded at most of the deeper holes where salmon are kegged up. ODFW was able to gather nearly 100 salmon for the Chetco’s brood stock program with just a pair of sets of its seine net. Rains this weekend should move salmon upriver. The Chetco is open to bobber fishing only above river mile 2.2, the power lines just above the Highway 101 bridge. Gear restrictions are lifted Nov. 5.” 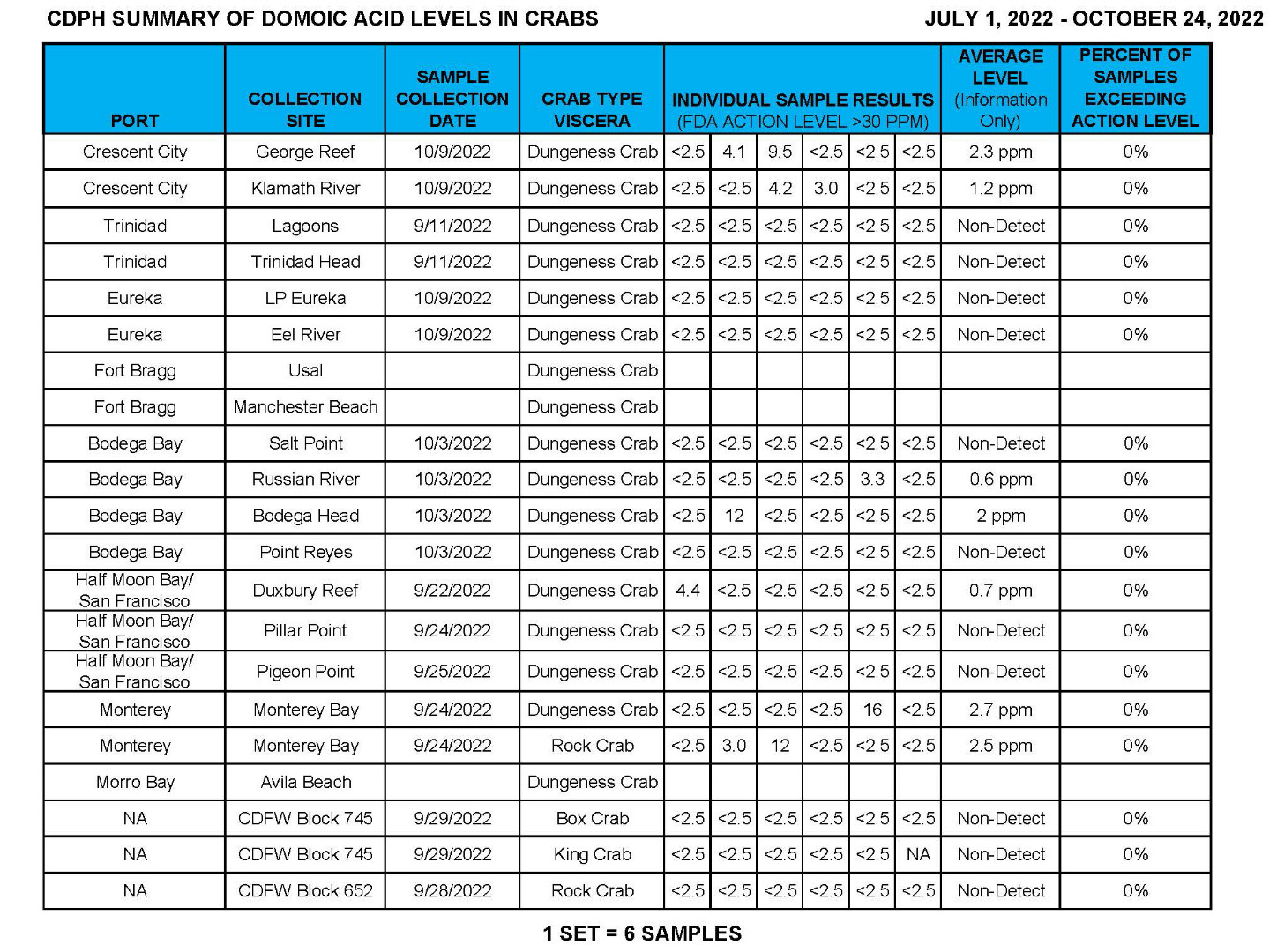 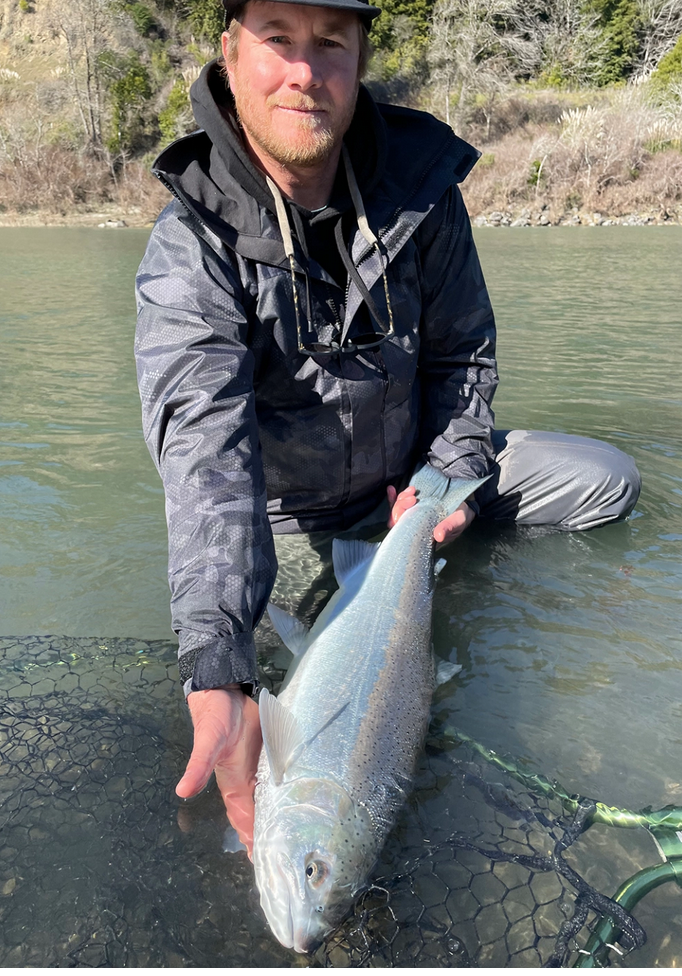 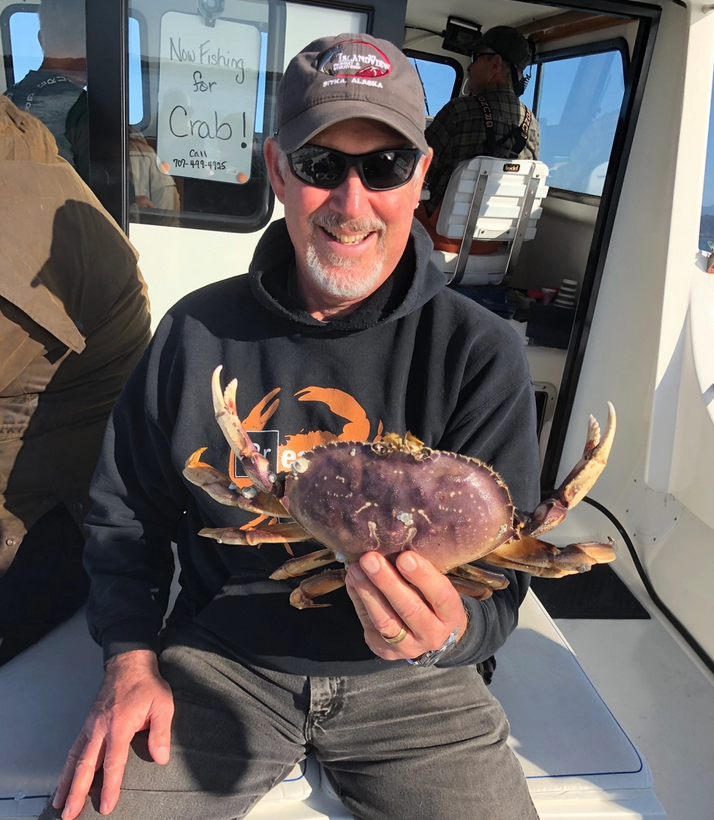 10-20-2022
Back in April, the California Department of Fish and Wildlife (CDFW) issued a press release restricting the use of crab...... Read More