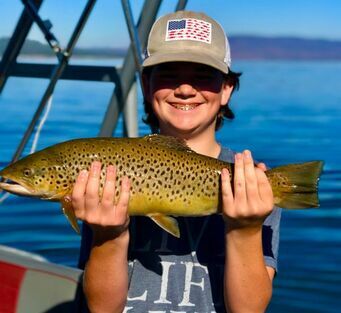 Well we have past the Labor Day holiday and the un-official end to summer, and what a summer it was. The water was a little lower and warmer but that didn't seem to slow the fishing down.  Thankfully we were the recipients of multiple late season snow storms in April and even May, which helped to edge the lake levels a bit higher than originally predicted. Almanor was by no means full but every little bit helped as we made our way through the summer and the lake level began to drop.

These past few months saw epic aquatic bug hatches fueling this fishery, including the famed Hex hatch. It takes several factors to develop a fishery like we have here at Lake Almanor, one is good genetics and the other is food supply to enable the fish to reach their potential, and the waters of Almanor contain both. As spring rolls in to summer and the waters warm, sheets of these aquatic bubs begin to emerge from the bottom and make their way to the surface. The fish respond to this easy food source by flooding in to areas rich with these hatches. My over arching game plan includes following the food, almost more than the fish. That said I concentrated the fishing efforts in these bug laden areas running a variety of offerings that somewhat replicate these natural food sources, resulting in quality Rainbows and some really large Browns. I fished many more locations around the lake this year, than in years past which is a testament to just how broad and far reaching these hatches  are around the lake.

As the summer moved on and the bug load began to diminish the fish turn their attention to the other major food source in the lake, the Japanese Pond Smelt or Wakasagi. These bait fish can be found just about everywhere in the lake but the schools diffidently prefer deeper open water, that is until they are discovered by the fish which may run them into shallow water as they feed on their thick masses. Which brings us up to current day, the trout and salmon are continuing to feed heavily on the pond smelt and will continue to do so for the rest of this year which means its time to look, smell and act like a pond smelt as far as the presentations go. Most of the fish are currently coming in the 25 to 35 foot range on pond smelt imitating baits. Rainbows in the 2-6 pound range, Browns from 3 to 8 pounds and even a few of the lake's King Salmon in the 2-3 pound class have been showing in the last week.

Summer's warm grip on Lake Almanor continued through last week with a brutal heat wave that saw a string of temps into the high 90's here at the lake which was a bit uncomfortable but thankfully no where near the 110-116 degree days the valley was experiencing.  Then in the blink of an eye the heat was gone and temperatures returned to much more seasonal levels featuring cool mornings and pleasant afternoons, we even got a good dose of water thanks to a thunder storm last night. Let's hope that is the end of the high temps, I'm ready for things to cool down a bit including the lake water temps as we move into fall and more importantly fall fishing.

Fall is a great time to be here at the lake, the crowds of visitors have left and watersport enthusiast numbers dwindle leaving a quiet calm on the water as the lake returns to the anglers. The fish will continue to feed up on the smelt and move shallower in the water column as the water temps recede. If you haven't made your fall fishing reservations now is the time, don't miss out on this exciting time of the season. For the most up to date information about what is going on remember to follow us on Facebook and Instagram.

I look forward to seeing you on the water. 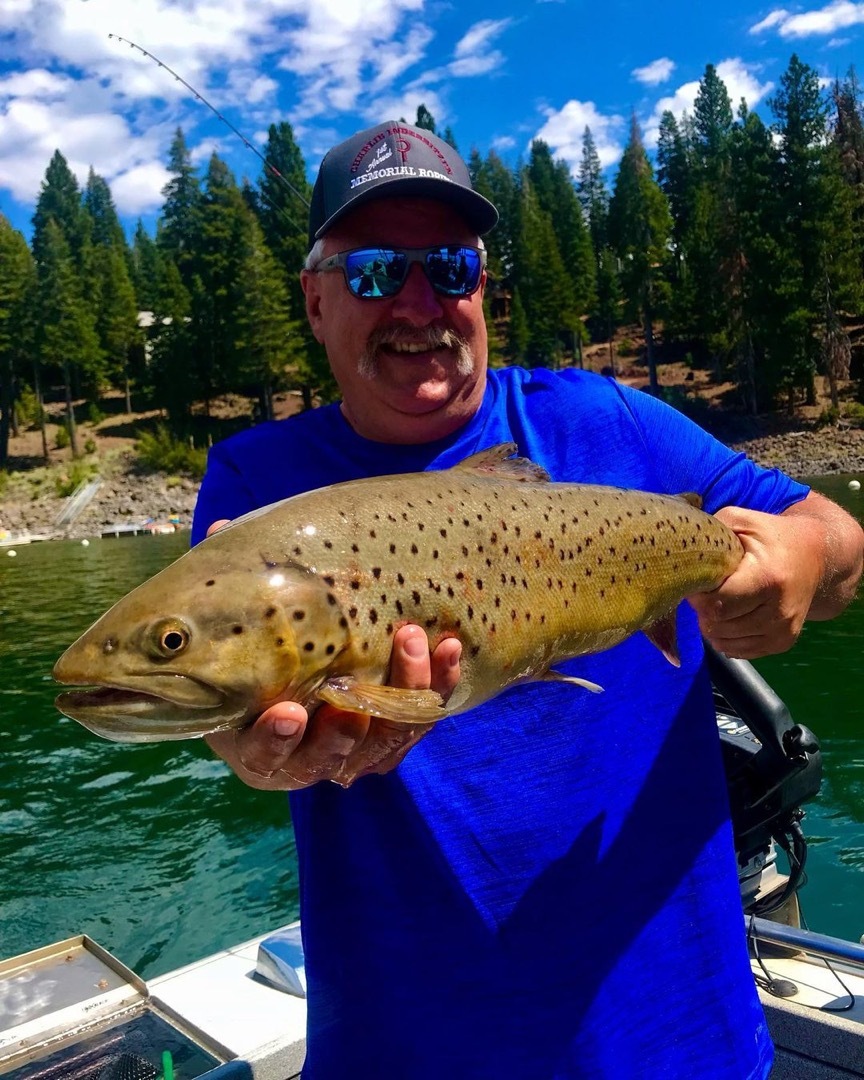 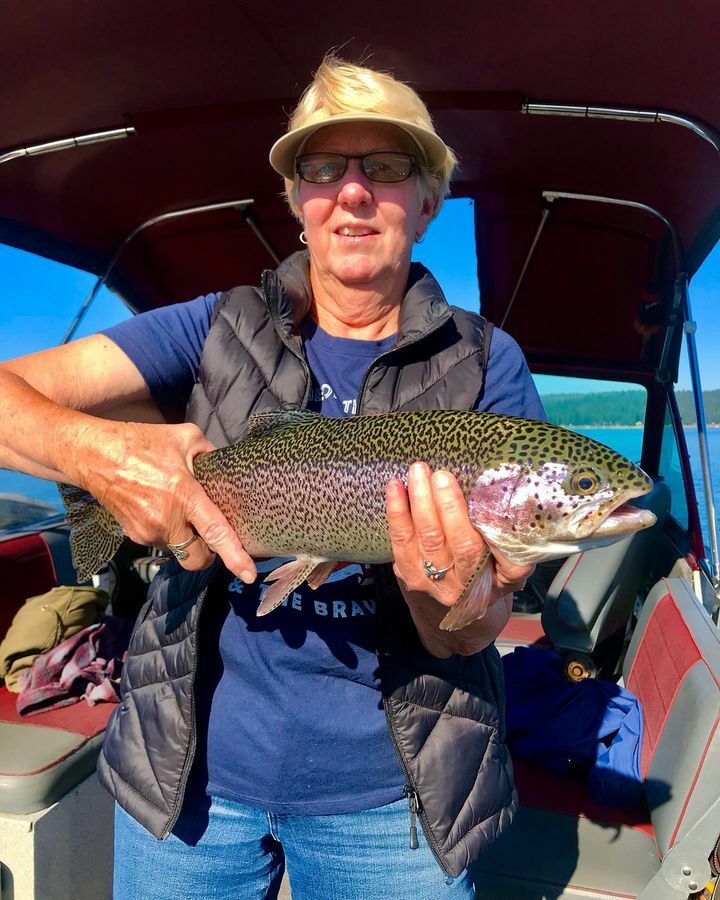