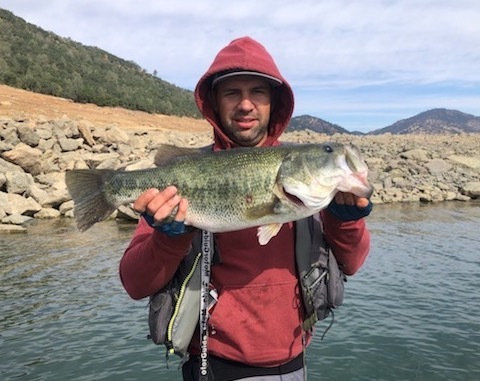 We were going to change up the writeup on Trout and Koknaee but it pretty much matches what was going on last month, with the exception of some impressive brown trout being landed and some nice holdover trout are being landed by anglers trolling for the koks. Kokanee are lighting it up on New Melones with anglers bringing in plenty of limits. Trolling at 1.5 mph seems to be a good speed, and the Kokanee are biting on lots of different setups, no need to get particular with your setup but now is the time using orange, purple pink, chartreus or a combo of the latter will do the trick. We have plenty of Kokanee gear in stock, Silver Skalez Koko Leaf, Rocky Mt. Tackle squid, spinners and hoochies, Kokanee Creek hoochies and squid, T-Bone Tackle's Pickle lures and spinners, R&K Spinners (RIP Robbie), Mag Tackle spinner hoochies along with dodgers and flashers from all the vendors. Hunter Laurens (below) had an epic day fishing the spillway landing a limit of Kokanee. Hunter was using a color combo of a orange hoochie and dodger and trolling at 40 ft. depth.

Daniel Holley and Jimmie Dirickson scored on trout and kokanee limits early morning using orange Apex and pink Apex along with a fish scent. They were fishing near the spillway.

BASS
Early morning action on New Melones using swimbaits and Whopper Ploppers are bringing in some quality bass up near the 10lb. weight. Ryan Murphy of Roseville was fishing Melones June 17 tossing Huddleston's swim baits and landed this nice 9.75 lb. largemouth. Ryan was fishing near the dam and brought this one up from 12 ft. deep.

CATFISH
Catfish are starting to get active using cut baits, night crawlers, chicken livers, and the old standby hot dogs. When fishing cut baits use some magic thread to prevent the bait from coming free of the hook. Muddy coves with submerged trees are a good starting point for landing a nice catfish.

CRAPPIE
Anglers searching for crappie are finding them near structure, (tire lines) Look for submerged trees and ones coming out of the water. Best bait for crappie will be live minnows and Crappie jigs. We have many soft baits, jig heads and rigged jigs ready to fish including Bobby Garland, Arkie Jigs, Radical Glow, Berkley, Fresh Water Basics in all the popular colors.

The Bureau of Reclamation Administration Office is open and selling annual passes for the lake (10 a.m. to 4 p.m. Sat & Sun. only) Museum remains closed, due to lack of help 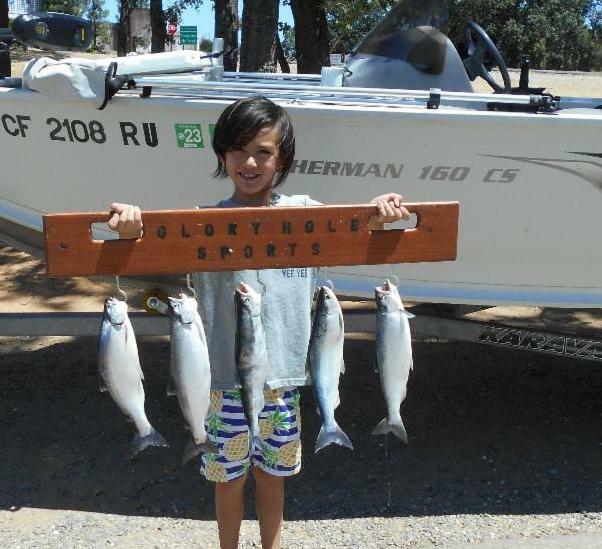 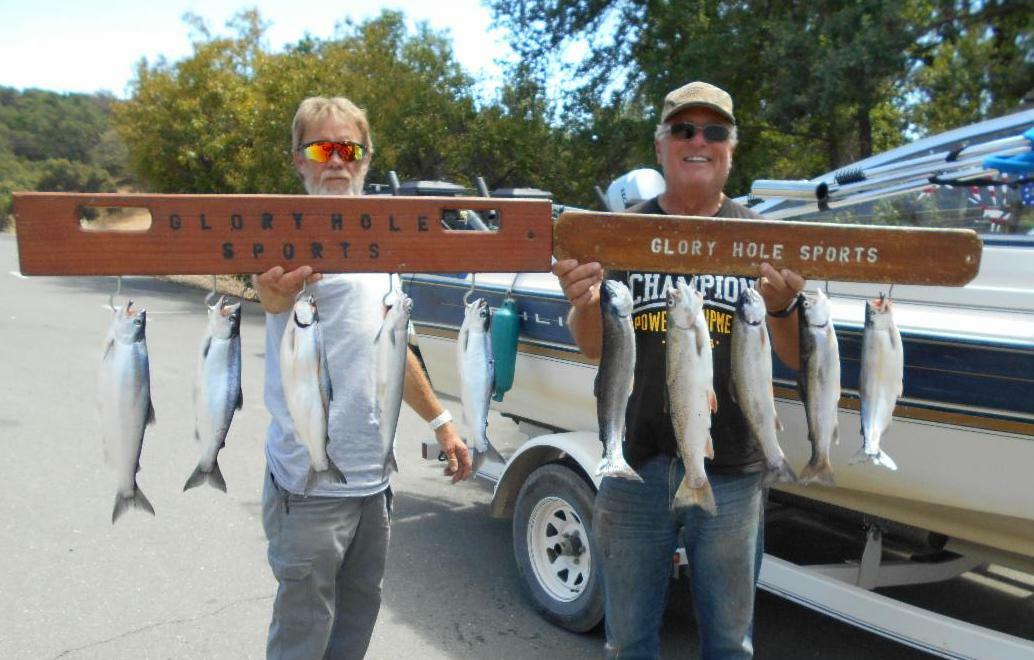 Crappie bite is picking up on Melones 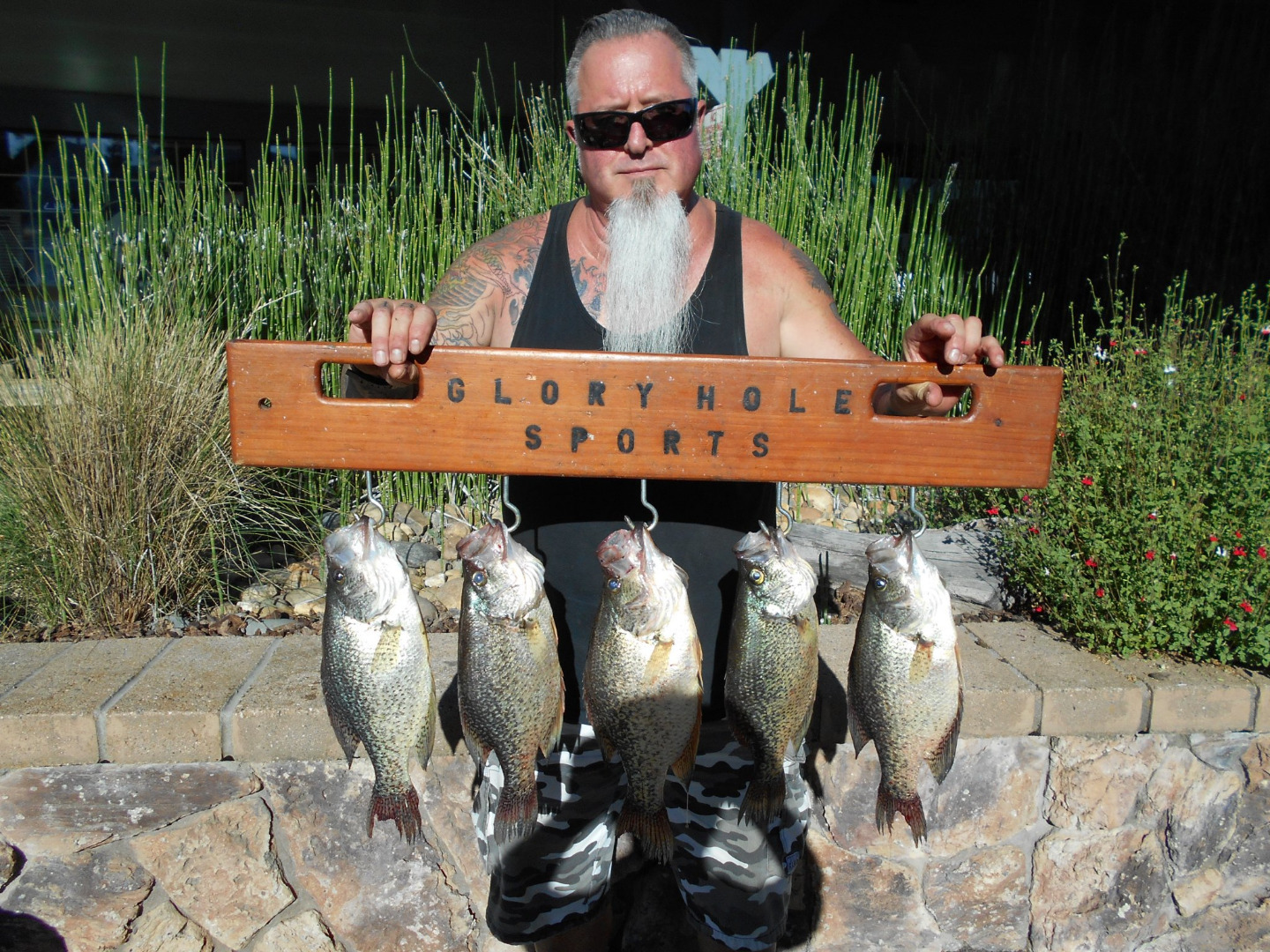 6-10-2022
Crappie bite is picking up on Melones with our good customer Chris lighting it up last night. ...... Read More