First of its kind salmon release in Richmond on Sunday

What: First ever release of 200,000 juvenile salmon in City of Richmond.  A boat with Richmond PAL kids will be nearby to observe the release.

Why:  Due to drought, the California Dept. of Fish and Wildlife is trucking all of its baby hatchery salmon to San Pablo and San Francisco Bays for release to increase their survival compared to drought-stressed Central Valley rivers.

GSSA worked with CDFW and the City of Richmond to identify new release sites.  GSSA identified a site in Richmond and worked with the City to win permission for a release.  This site will provide a big survival benefit compared to the traditional CDFW release sites near Vallejo.

The Richmond PAL sees this as an event their kids could learn from and enjoy.  GSSA has secured the charter boat Salty Lady to take the kids to see the release close up from the water.  It could be a first boat ride for some or all of these local kids.

Press are being invited to attend the release onshore at 1500 Dornan Drive.  CDFW, GSSA, and City officials will be there.  Interviews with the kids can be had when their boat returns to Richmond’s Marina Bay harbormaster dock, expected around 9:15pm.  GSSA will make video available shot from the onshore release site and aboard the boat with the kids through dropbox at:  https://www.dropbox.com/scl/fo/zxezsqfk2atysupb7i91e/h?dl=0&rlkey=zp1lb2r4g7grp0adk8tanf94j

GSSA president John McManus said, “We’re happy to partner with the City of Richmond, the Richmond PAL, and CDFW to see these fish released in a spot where they’ll survive in high numbers.  It’s also great to provide a fun learning opportunity for local kids to get to know their local waterways and wildlife.” 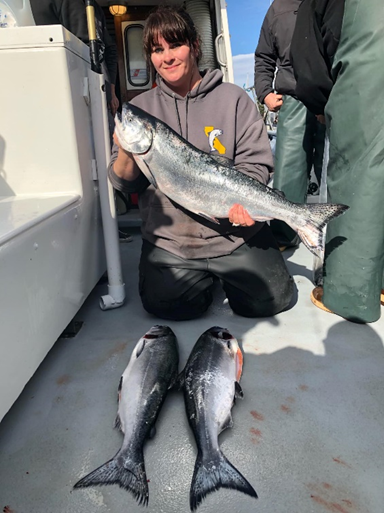