Halibut action heats up on Monterey 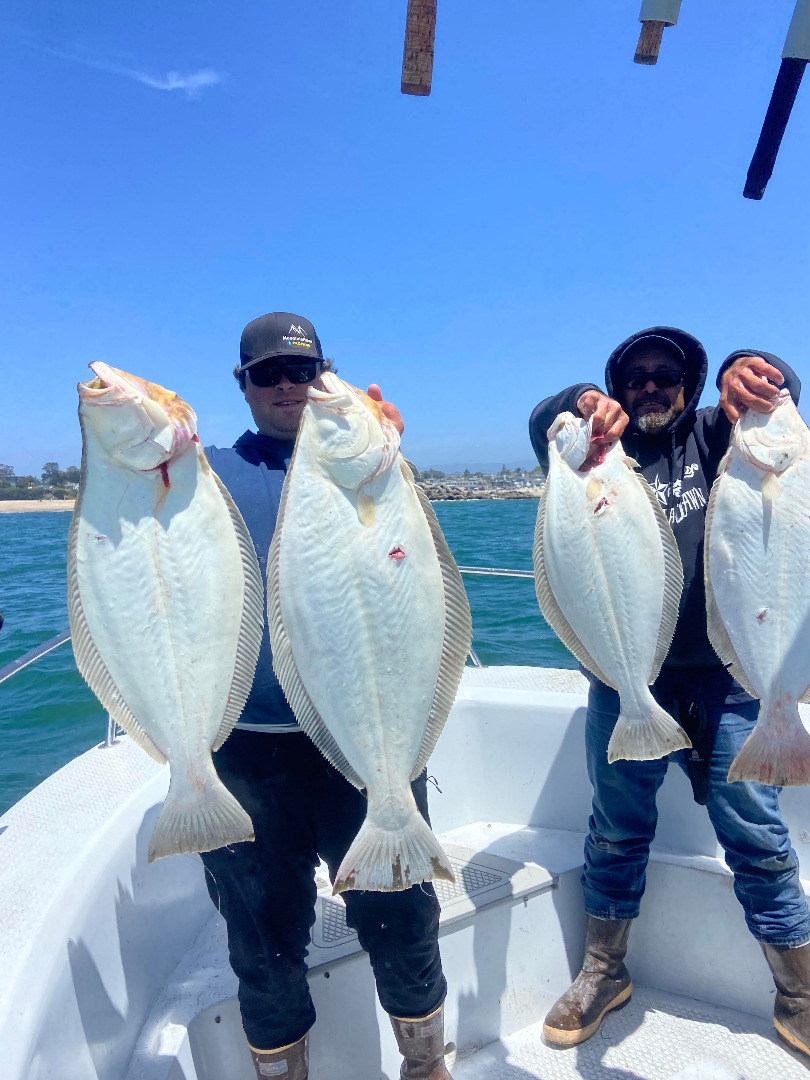 No one is complaining about the glut of king salmon in Monterey Bay these days. But, the cooler water has made catches of some nearshore species a bit scarce. Looks like the expected change is happening now as we move closer to June. Finally, we’re getting more consistent reports of halibut caught in the usual springtime areas.
Private boater Terry Eckhardt reported in on Wednesday with a nice halibut picture and good news. Fishing from his boat the DenTer II,  Eckhardt said, “Landed this beauty, lost two others near the mile buoy today.” Halibut, once hooked, are notoriously easy to lose but we just had to ask. Eckhardt replied, “ Oh well, but to answer your questions, squid was the bait and we lost one because my buddy's salmon rod EXPLODED, and one because the leader (20-pound) broke.” Ed Burrell from Capitola Boat and Bait reported two halibut on one foray earlier in the week. “ More and more halibut are coming in,” Burrell says. Todd Fraser from Bayside Marine is fielding an increasing number of reports of big flatties being caught as well. He reported, “The Capitola Mile Buoy is producing some nice halibut.” Fraser also cites the Santa Cruz Mile Buoy as the best location for flattties this week. Staff at Santa Cruz Boat Rentals on the Wharf reported “The fishing is on fire over here, lots of halibut. The average size of the halibut coming in are 33 inches and 10-15 pounds. There is so much bait in the water, come get some live bait and get yourself a halibut!”
Bottom fishing for rockfish, lings and cabezon is still best from the deeper reefs of 70-120 feet. As usual, the best bottom fishing is around the corners outside of the bay. This means towards Carmel and Big Sur for the Monterey boats, and north towards Davenport or Franklin Point for Santa Cruz vessels. The ongoing blustery weather makes it more difficult for smaller boats to make that kind of commitment. Those same weather conditions are fostering an immense amount of bait in the bay, however. And that in turn is working to keep our outstanding salmon fishing going well. Fraser at Bayside gave us his latest report on Sunday saying, “The salmon are still on the bite from the Soquel Hole to Davenport. There were anglers back here weighing 20 pound salmon by 9:00 today. The anglers are catching limits 40-100 feet down. The winds were calm this morning.”
Chris’ Fishing Trips in Monterey had a great report on Sunday saying, “Caught 19 (BIG) salmon for 18 anglers aboard the Check Mate.” The six-pack boats out of Santa Cruz continue to catch limits or near-limits every day they can make it out. JT Thomas from Go fish Santa Cruz reported from the beautiful Miss Beth, “We fished the Monterey Bay. We were surrounded by jellyfish but managed to land two big salmon. We made a move and caught limits of king salmon. On Saturday we had a great day of fishing. We had early limits of salmon. Done and tied to the dock by 10am!” Rodney Armstrong on the Knot Alone had a quick day on Thursday. Armstrong was happy to report, “Done at 8:20 a.m. with crew fish as well. The bait and whales were in the area we fished . The fish were all in the top 90 feet . Lots of fun and action.” Sunday’s trip for Armstrong didn’t sound quite as easy. He reported, ”Well I must say today was a hair pulling out kind of day! We lost eight behind the boat. But we did manage to land seven. Fun day lots of action. Some of the fish just got the best of us. Can't bat 1000 everyday I guess.”
Nearshore waters are cleaning up nicely after the wave train we experienced a few weeks ago. Surfcasters are finding more surf perch and even a few striped bass here and there from all the beaches stretching around the bay. Anchovy schools are thick and this week saw an increasing number of bait balls close to shore.  Some frantic bird feeding action took place even at the inner surfline. This looks like promising conditions for stripers, so hopefully we’ll have some pics and reports of bass action soon. 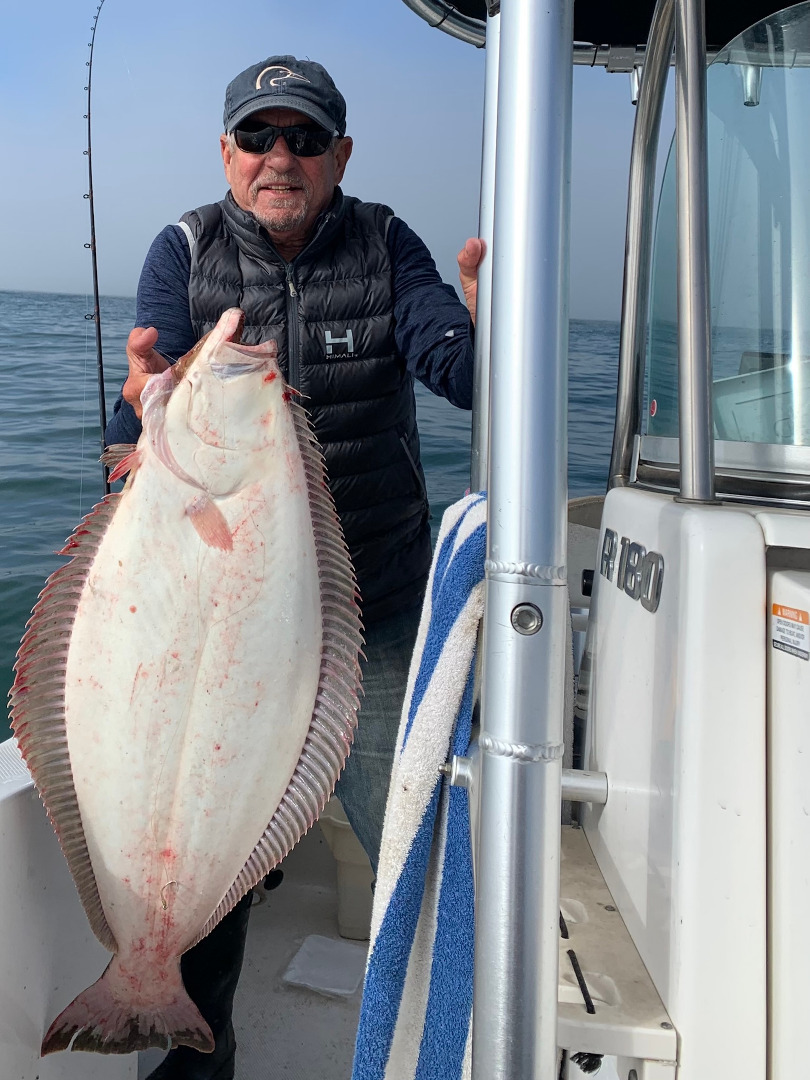 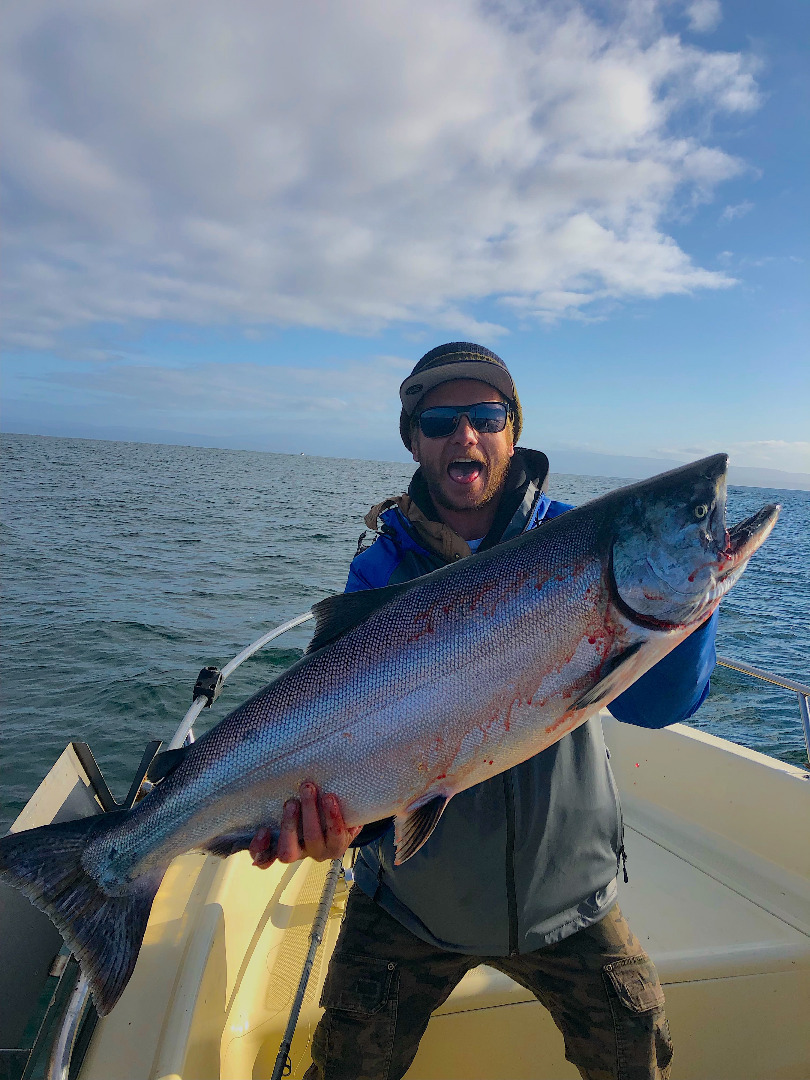 5-13-2022
As in past weeks, Monterey Bay skippers had to pick their fishing days carefully. Another giant ground swell rolled through...... Read More 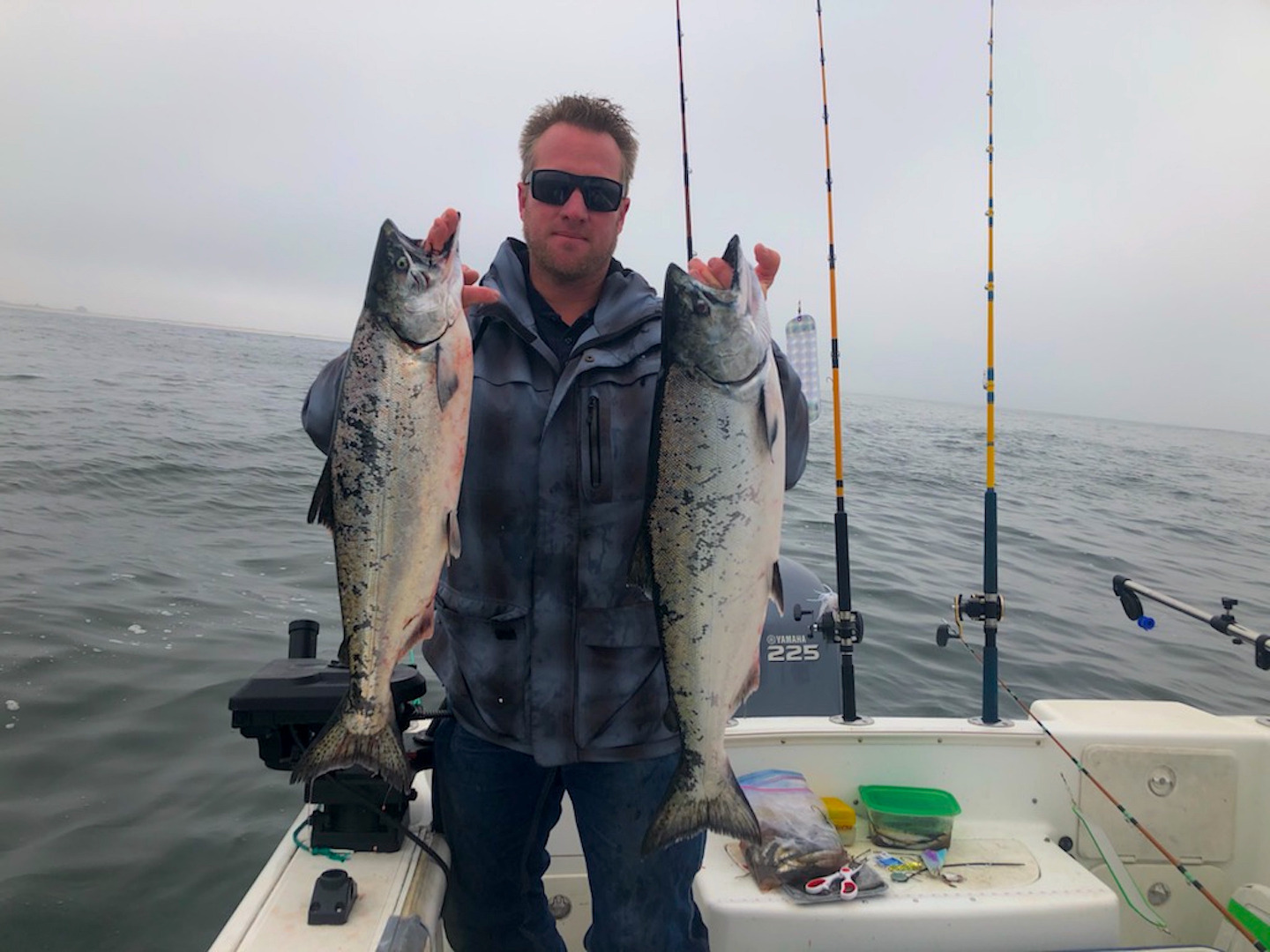