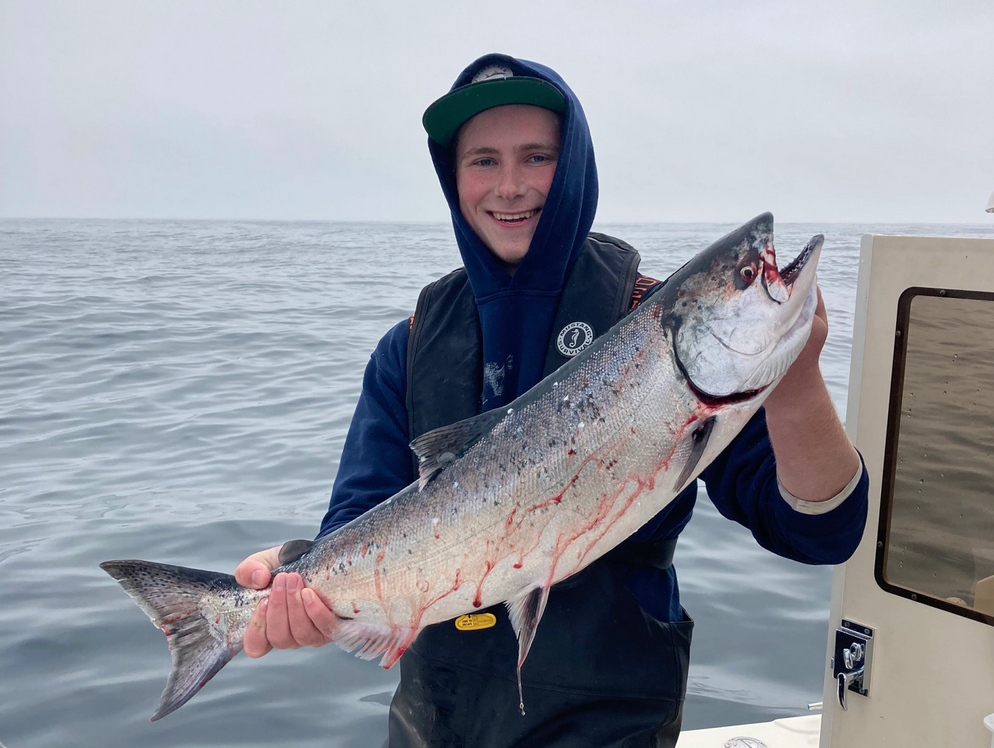 If you love to salmon fish and have yet to hit the ocean, you are seriously missing out. The number of fish swimming offshore of Eureka, and the entire North Coast for that matter, is impressive. It’s been at least 10 years since we’ve seen fishing this good so you’ll want to take advantage while the fish are here and the season is open. As of now, it’s looking like the only thing that will slow the action is the weather. Rough water kept the fleet tied up Tuesday and Thursday and Friday aren’t looking good either. And just a reminder, the first leg of the ocean salmon season in the KMZ will close after May 31. It will reopen on Aug. 1. So, if you haven’t gotten in on the action, you’ll want too soon. For more information on the ocean sport salmon season, visit www.wildlife.ca.gov/Fishing/Ocean/Regulations/Salmon#recreational.

Marine Forecast
Winds will diminish Wednesday before strengthening Thursday and Friday as high pressure builds in. Gale force gusts will be likely across the outer waters Thursday evening through Friday. As of Tuesday, Friday’s forecast is calling for north winds 15 to 25 knots with waves north 11 feet at ten seconds. Saturday, the winds will be out of the north 10 to 20 knots and waves will be out of the northwest 8 feet at eight seconds. Sunday, winds will be out of the north 10 to 15 knots with waves out of the north 6 feet at seven seconds and westerly 2 feet at 12 seconds. These conditions can and will change by the weekend. For an up-to-date weather forecast, visit www.weather.gov/eureka/ or www.windy.com. To monitor the latest Humboldt bar conditions, visit www.wrh.noaa.gov/eka/swan. You can also call the National Weather Service at 443-7062 or the office on Woodley Island at 443-6484.

Kids free fishing derby this weekend
On Saturday, May 21 all kids age 4 to 15 are invited to the Carrville Dredger Pond for the 48th annual Trinity Lake Lions Fish Derby. The pond is located five miles north of the Trinity Center. Registration is from 8:00 a.m. to 9:00 a.m. and the fishing derby will last until 11:00 a.m. Free fishing tackle will be provided to the first 100 kids registered. Kids must bring their own fishing poles and only bait will be allowed. Prizes will be awarded in many categories along with a grand prize.  Free hot dogs, chips, and drinks for everyone. For more information, call Pete at 530-598-2877.

The Oceans:
Eureka
Salmon fishing was wide-open over the weekend. According to Tim Klassen of Reel Steel Sport Fishing, there’s a very large area of fish. “From the 46 to 50 lines in 240 to 300 feet of water, the area is full of salmon,” said Klassen. “It didn’t really seem to matter where you tried, there were fish all over. There were a bunch of sardines out there Monday, so if you found those schools the salmon came pretty easily. This is some of the best salmon fishing I’ve seen in quite a few years. The rockfish bite at Cape Mendocino is excellent, but we’ve only been able to get down there once. There have been some Pacific halibut caught, but the abundance of black cod is making it tough. You’re having to go through lots of bait to get to where the halibut are. The good news is the halibut are there.”

Trinidad
“We’re off to a good start to our ocean season,” said Curt Wilson of Wind Rose Charters. “The rockfish bite has been good right out front near Flat Iron. We’re catching mostly black rockfish, but we’ve got a few lings too. There hasn’t been much salmon effort yet, but a few have been caught to the north in 40 fathoms off of Patrick’s Point. The crabbing has been decent, we’re catching a few each trip.”

Shelter Cove
The weather has kept most of the boats off the water the last few days, reports Jake Mitchell of Sea Hawk Sport Fishing. “Over the weekend, the salmon fishing was pretty good with most boats getting limits,” said Mitchell. “Most of the effort has been right at the whistle buoy. The rockfish bite has been excellent as well. We’ve had good success in the Roger’s Break area boating quick limits of rockfish and lingcod to 30-pounds.”

Crescent City
Prior to the wind coming up, salmon limits continued to be the norm out of Crescent City. Straight out in 180 feet seemed to be a good starting point, but there’s a pretty big area of fish all the way to the Sisters. Most of the fish are coming shallow at 50 feet or less. There were some nice ones caught over the weekend, including one that weighed 27.5 pounds. The rockfish bite continues to be excellent. The Sisters and the South Reef are a couple popular locations along with the Point St. George Lighthouse.

Brookings
A few halibut are being caught out of Brookings but rough weather has limited the days when boats can get offshore, reports Andy Martin of Brookings Fishing Charters. “Lingcod and rockfish action has been good,” said Martin. “With hot salmon fishing out of Crescent City, Brookings anglers are optimistic about the June 18 opener on the Oregon side of the border.”

Lower Rogue
According to Martin, spring salmon fishing remains good on the lower Rogue as the best run in years continues. “Guides are still getting two to four fish a day anchoring near the old mill and at Elephant Rock. Wild fish may be kept beginning June 1. With high flows on the river, bay trolling won’t begin anytime soon. The Chetco opens to fishing May 22, with tossing spinners the best bet for sea-run cutthroat trout.” 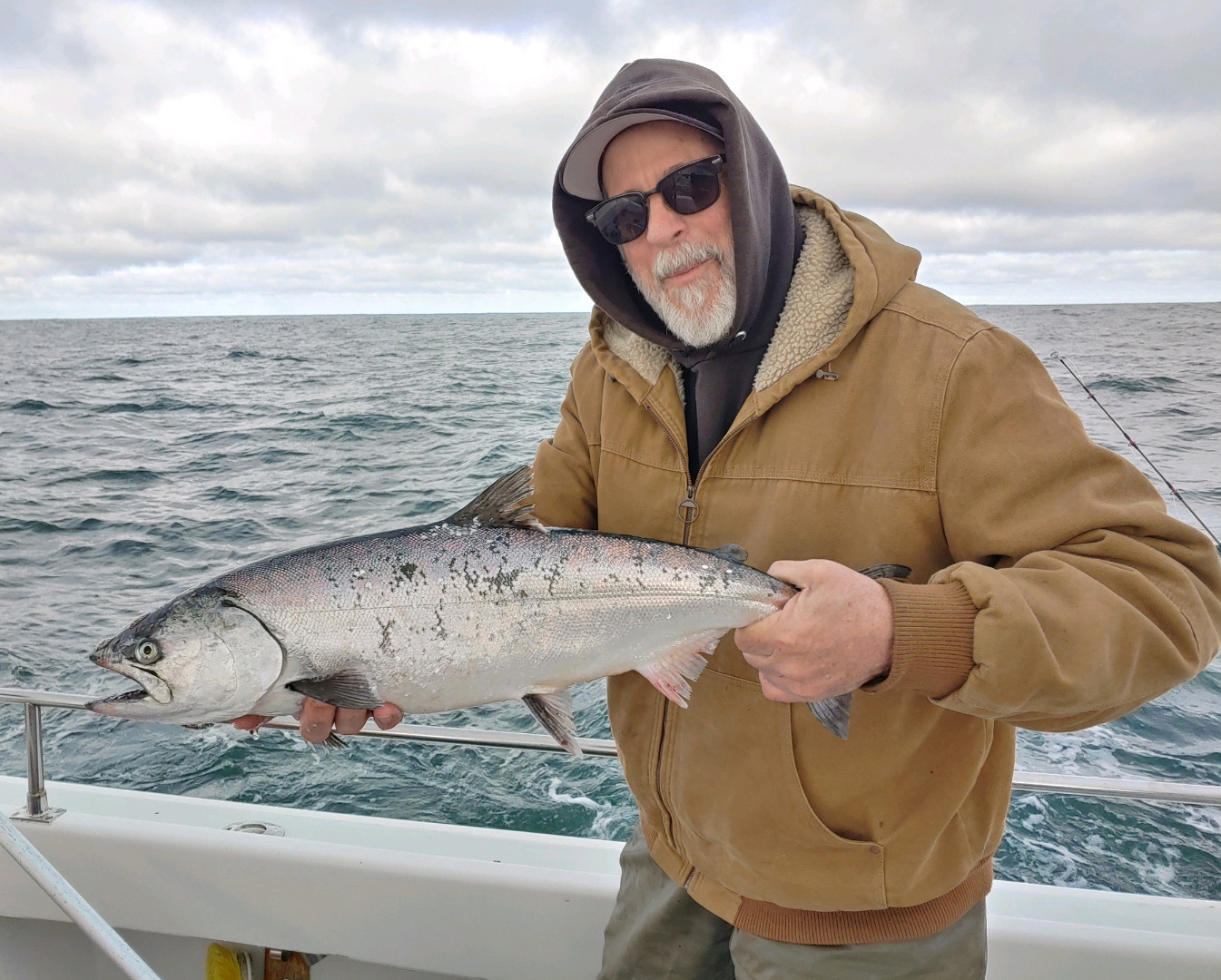 5-5-2022
With no advance scouting, the dozen or so Eureka boats struggled to find schools of salmon during Sunday’s opener. In...... Read More 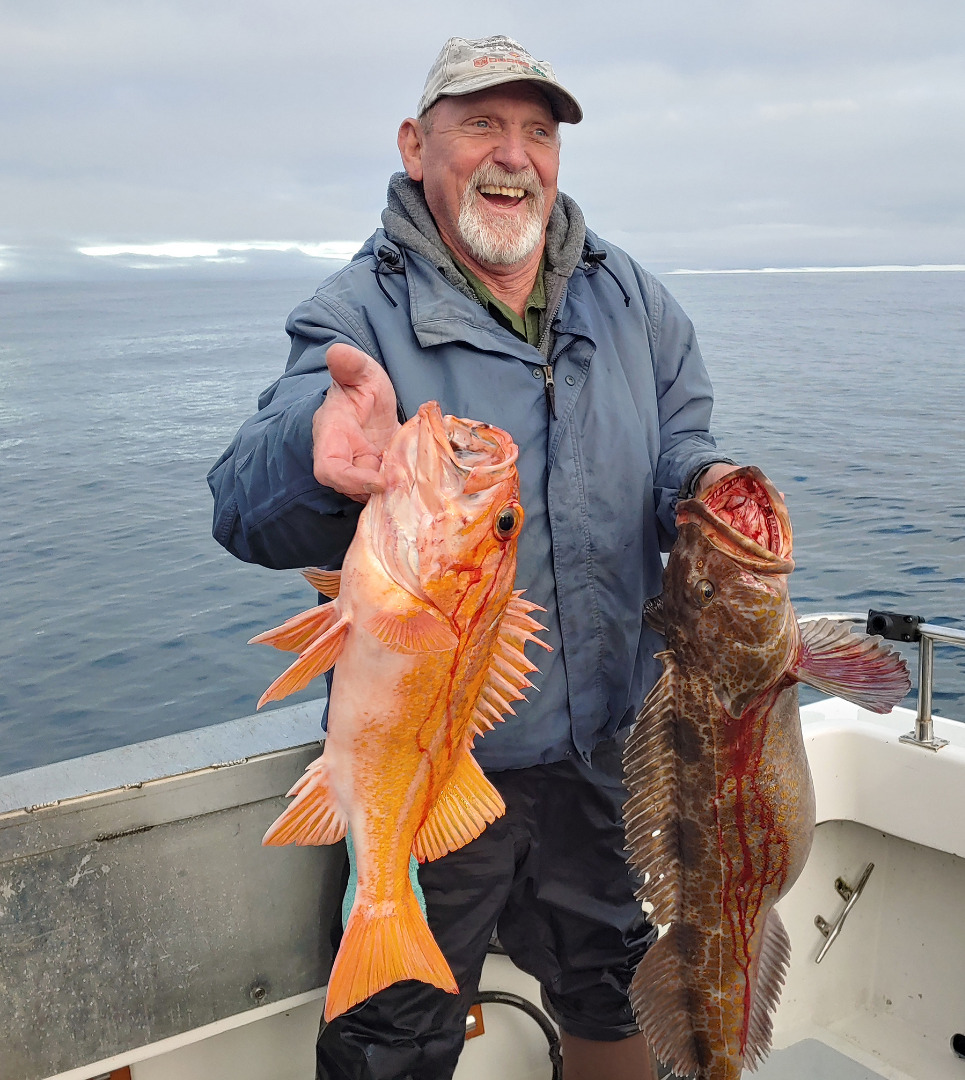 4-28-2022
The Super Bowl of saltwater sport fishing will take place this Sunday on the North Coast as salmon, rockfish and...... Read More