Plenty and Full: An excellent start to sport crab season 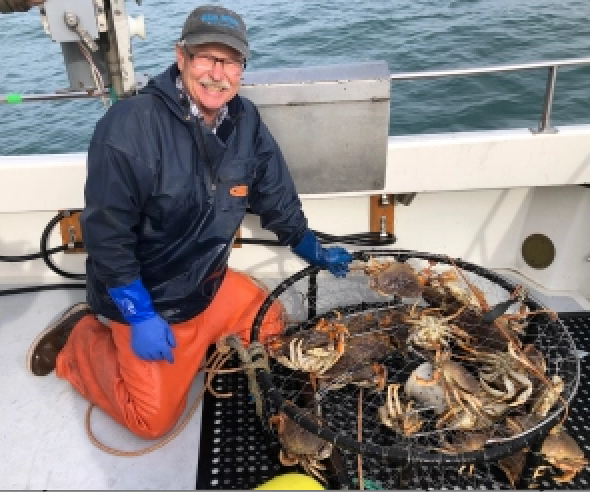 In a typical year, the sport crab season can go one of two ways. If the crabs are plentiful, the meat content is usually on the lighter side. If there are fewer crabs around, they are typically fuller and in better shape. This is all due to their food source — more crabs means smaller shares of food, while fewer crabs usually means plenty of food to go around. Five days into the season, it’s looking like we may have both quality and abundance. Last Saturday’s opener produced limits of big, healthy crabs both offshore and inshore.

Tim Klassen of Reel Steel Sport Fishing fished the opener and reports the crabs are in good shape, and there seem to be quite a few of them. “After an overnight soak on Saturday, we averaged about 12 to 22 keepers per pot Sunday,” said Klassen. Though not official, the quality testing shows the crabs out of Eureka at 22.7 percent. A typical year will find the meat content at around 20 percent, with the theory being that crabs will add one percent of meat a week and reach the 25 percent mark for the commercial opener of Dec. 1.

According to Klassen, both the north and south sides outside of Humboldt Bay fished well. “Pots dropped in 80 to 130 feet did well,” he added.

Crabbing in Humboldt Bay was also excellent, with plenty of limits reported. Up in Trinidad, the kayaks and small boats reported quick limits of crabs on very short soaks.

Reminder: CDFW strongly encourages anglers to follow the Best Fishing Practices Guide developed by the California Dungeness Crab Fishing Gear Working Group. Voluntary actions anglers can employ include keeping the line between the pot and main buoy taught and vertical, reducing the amount of vertical line at the surface, avoiding setting gear in the vicinity of whales and turtles, and marking gear consistent with regulations. Best Fishing Practices Guide can be found here: www.nrm.dfg.ca.gov/FileHandler.ashx?DocumentID=195428&inline

Weekend weather and forecast
According to Scott Carroll of Eureka’s National Weather Service office, we’re looking at a fairly dry week. “Very light rain is in the forecast for Wednesday and it doesn’t look like it will affect any river levels,” he said. “After that, we’re looking mostly dry the rest of the week and through the weekend. The next chance of rain will be Monday.”

Pacific halibut closing Nov. 15
The Pacific halibut season is scheduled to close Nov, 15. As of Oct. 31, the quota stands at 30,602 pounds against the 39,260 quota. The season reopened Sept. 3 and was slated to close until the quota was reached or until Nov. 3, whichever is earlier. For more info, visit https://wildlife.ca.gov/conservation/marine/pacific-halibut#31670772-in-season-tracking

The Rivers:
As of Wednesday, all North Coast rivers subjected to low-flow fishing closures, including the Smith, Eel, South Fork Eel, Mad, Redwood Creek and Van Duzen are open to angling. Be sure and call the low-flow closure hotline at 822-3164 to determine if the river is open prior to fishing. The California Department of Fish and Wildlife will announce whether rivers will be open by a telephone recorded message each Monday, Wednesday and Friday.

Main Eel
The river blew out on Tuesday, but is dropping quickly. Predicted to be around 4,900 cfs by Saturday and will probably be off color.

Van Duzen
Hit 3,850 cfs on Tuesday, but was already under 1,500 cfs by Wednesday afternoon. Should be at a fishable level by the weekend, but may be off color.

South Fork Eel
Reached 5,300 cfs on Tuesday evening, but predicted to drop quickly. Should be fishable by the weekend, especially the upper sections.

Smith River
The Smith blew out Tuesday but was back into fishable shape Wednesday. Scores over the weekend weren’t great, with just a handful of fish caught each day. Boats are spread from the forks to the outfitters. Hopefully the latest rise will bring in some new fish. A few coho have been caught, which typically means the king run is getting close to the end.

Chetco River
The Chetco River fished well last week before blowing out with the latest series of storms, according to Andy Martin of Wild Rivers Fishing. He said, “After being high and muddy all weekend, the river is expected to be back in shape the second half of this week. A nice mix of wild and hatchery kings have been spread throughout the river. Now that low-flow regulations have been lifted, anglers can back-bounce or run plugs with treble hooks.”

Elk/Sixes Rivers
With the high water over the weekend, the Elk and Sixes were in good shape for salmon, reports Martin. “Action has been fair, with good numbers of hatchery kings on both rivers. All wild adult kings must be released on the Elk. Flows reached 8.5 feet on the Elk Thursday, and were down to 5.7 feet Friday. Saturday and Sunday were prime. The Sixes has been fishing since Sunday. Both could be very low and clear by this weekend.” 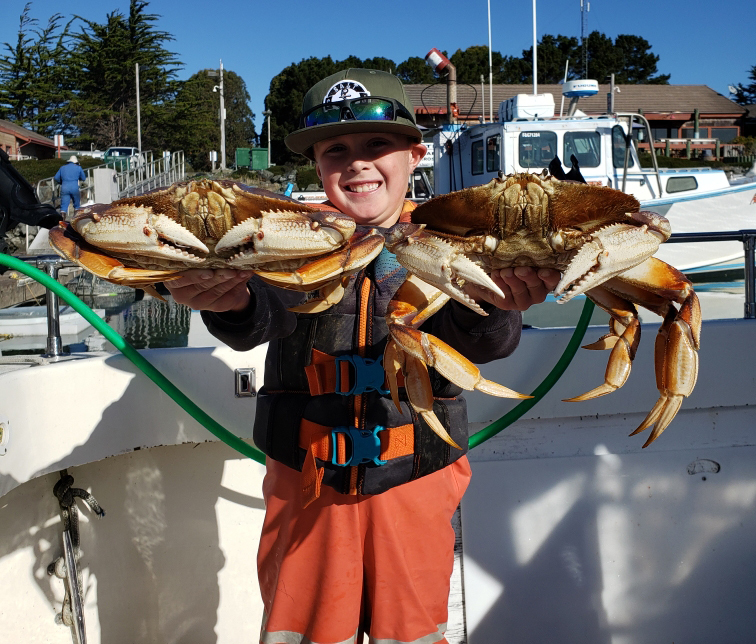 11-4-2021
One of the most popular fisheries on the North Coast almost didn’t happen. It was a tense few days waiting...... Read More 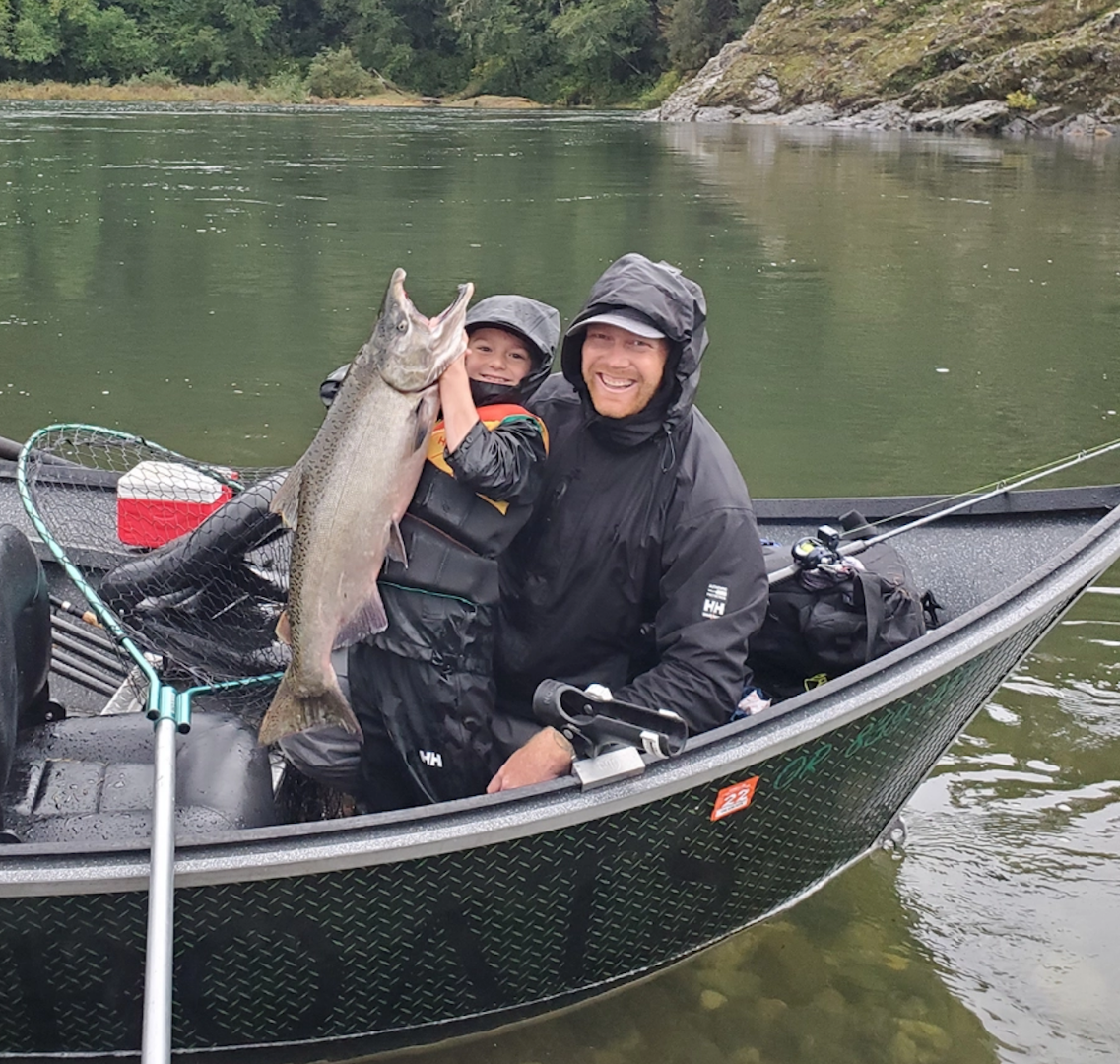 10-28-2021
Trying to decipher last week’s rain and river level predictions was not for the faint of heart. But when it...... Read More