Break in the Wind Puts Boats Back on the Water 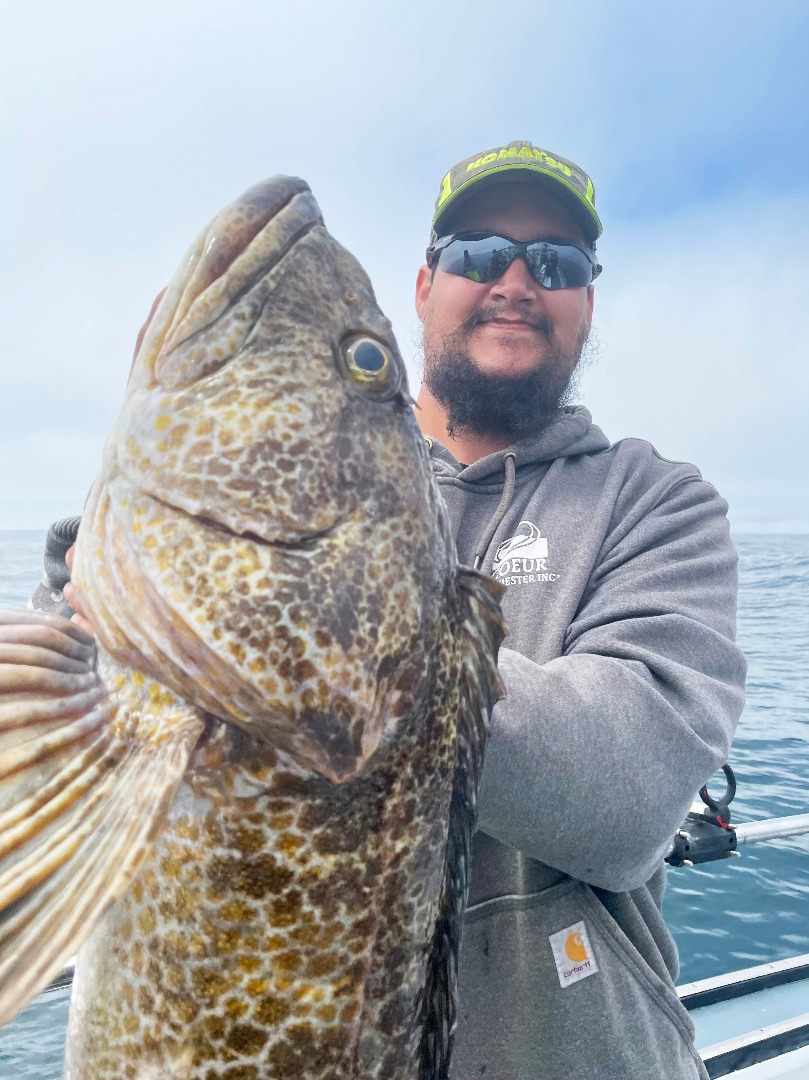 The wind and seas finally relented on Tuesday, allowing the Eureka-based fleet of boats to get back on the water. A few of the boats went south, reacquainting themselves with Cape Mendocino. The rockfish bite was good according to the few boats who made the run. The majority had halibut on their minds and headed north to 250 feet of water. Reports coming from the charter boats were good, with limits or close to it for most. That’s good news as the bite had really slowed prior to the last blow. The ocean looks plenty fishable for the next few days, although the dreaded south wind will rear its ugly head beginning Thursday and stick around through the weekend.

Weekend marine forecast
After a few nice days, the winds will shift to the south starting Thursday. Friday’s forecast is calling for 5 to 15 knot winds out of the south and waves southwest 6 feet at nine seconds. Saturday looks a little better, with south winds 5 to 10 knots and waves west 6 feet at 11 seconds. Sunday looks similar, with south winds up to 5 knots and west waves 5 feet at 11 seconds. These conditions can and will change by the weekend. For an up-to-date weather forecast, visit www.weather.gov/eureka/ or www.windy.com. To monitor the latest Humboldt bar conditions, visit www.wrh.noaa.gov/eka/swan. You can also call the National Weather Service at 443-7062 or the office on Woodley Island at 443-6484.

Pacific halibut quota update
The CDFW has projected 2,825 net pounds of Pacific halibut has been harvested through June 6. In 2021, the Pacific halibut allocation for California is 39,260 pounds. The Pacific halibut fishery opened on May 1 and will run through November 15, or until the quota is reached, whichever is earlier. To view the latest catch projection information, visit www.wildlife.ca.gov/Conservation/Marine/Pacific-Halibut#31670772-in-season-tracking

The Oceans:
Trinidad
Tony Sepulveda of Shellback Sport Fishing reports last week was strong for fishing out of Trinidad. “We lost this Monday due to weather but that was the first one in almost two weeks,” he said. “Our remote waters bottom fish trips have been kicking limits of jumbo rockfish with lots of color. Canaries, coppers, reds, yellowtail, quillback and tigers have been in the daily mix with limits of lingcod up to 30 pounds being the norm. Closer to Trinidad Head, the Pacific halibut bite has been on fire. Limits are the norm, which is always special on these elusive fish. Most have been in the 15-pound range but we had quite a few over 30 this week topped by a 58 pounder.”

Shelter Cove
Choppy ocean conditions caused by stiff winds out of Shelter Cove kept boats from launching over the weekend, according Jake Mitchell of Sea Hawk Sport Fishing. “We only made it out twice last week,” said Mitchell. “Conditions were decent last Wednesday and we made it down to Bear Harbor and put in rockfish limits by 9:30 a.m. The lingcod bite was tough and we ended the day with only five. We made it back out on Friday in tough conditions and boated quick limits of rockfish before we were chased off the water at 9:30 a.m. The weekend saw big white caps all the way to the beach. We finally made it back out on Tuesday and headed to Gorda for halibut. We spent a good part of the day with nothing to show for it. We threw in the towel and went rock fishing and had limits, including lings, in about an hour.”

Crescent City
The rockfish and lingcod bite continues to be excellent out of Crescent City, reports Britt Carson of Crescent City’s Englund Marine. “Quite a few boats are fishing both the North and South reefs as well as near the Point St. George Lighthouse,” said Carson. “The Pacific halibut bite was slow this week, with only one reportedly caught. During the last round of minus tides, the razor clam diggers did very well. There doesn’t appear to be a shortage, though they are on the small side. Minus tides returned on Tuesday and will run through next Wednesday. The redtail perch has been really good at Kellogg Beach. The beach is loaded with sand crabs. The California halibut is still non-existent but effort remains very low.”

Brookings
Ocean salmon season begins Saturday out of Brookings, according to Andy Martin of Brookings Fishing Charters. “Only hatchery silvers can be kept June 12-18, and then wild and hatchery kings and hatchery coho can be kept June 12 through mid-August,” said Martin. “Commercial trollers are catching a few kings in deeper water out of Brookings. With lots of anchovies in close, expect some salmon to be caught near the buoys during this weekend’s opener, although the best fishing in early June is typically three miles offshore in 200 feet of water. The coho will likely be in the top 40 feet of water. Rockfish action has been good, despite windy weather. Lingcod fishing has slowed the past week out of Brookings.”

Lower Rogue
Salmon have made a sudden, and early, showing in the Rogue Bay, reports Martin. “Water temperatures near Agness hit 70 degrees late last week, forcing the tail end of the spring salmon run to hold up in the bay,” said Martin. “Nearly a dozen kings were caught on Saturday by the handful of boat trolling in front of Jot’s Resort. Expect kings to trickle into the bay throughout the month, before the fall run builds in August.”

Send in your fish photos
Land a big lingcod or halibut lately? Or maybe your friend or relative has reeled in their first perch. Email your fishing photo to kenny@fishingthenorthcoast.com and I’ll run them with the “Fishing the North Coast” weekly column. Just include the name of the angler in the photo, where and when it was taken and any other details you’d like to share. 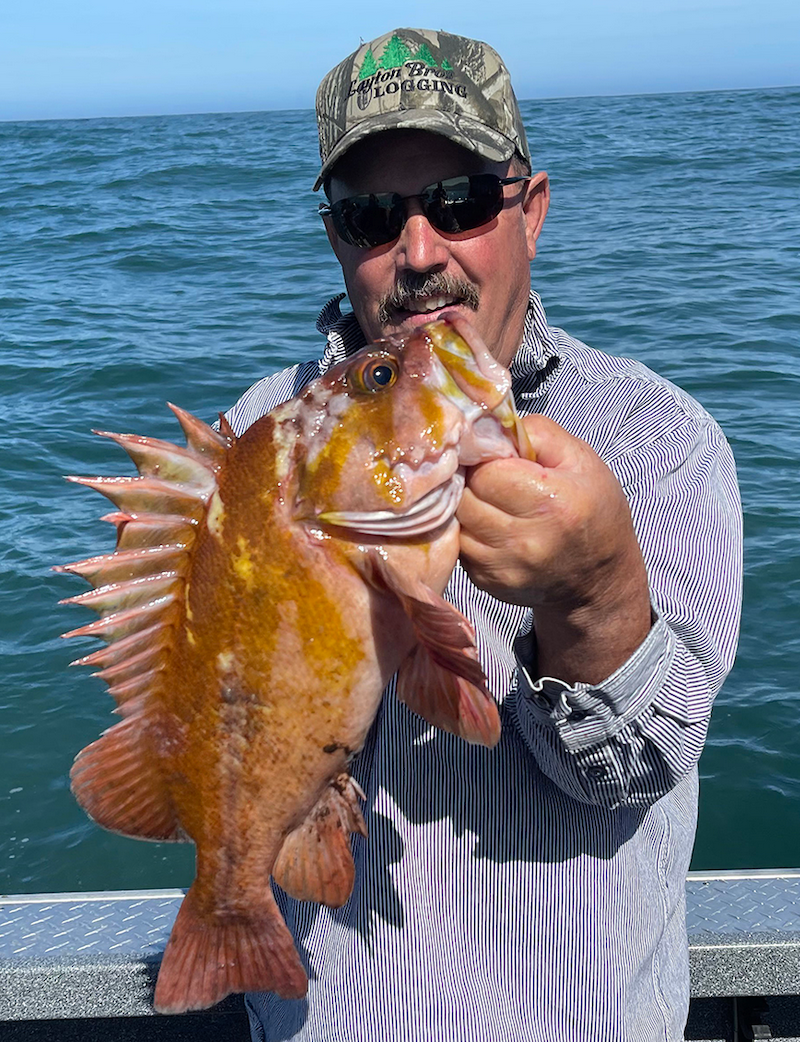 6-3-2021
The rockfish bite continues to be red-hot out of Trinidad and Crescent City. Both ports have quick access to the...... Read More 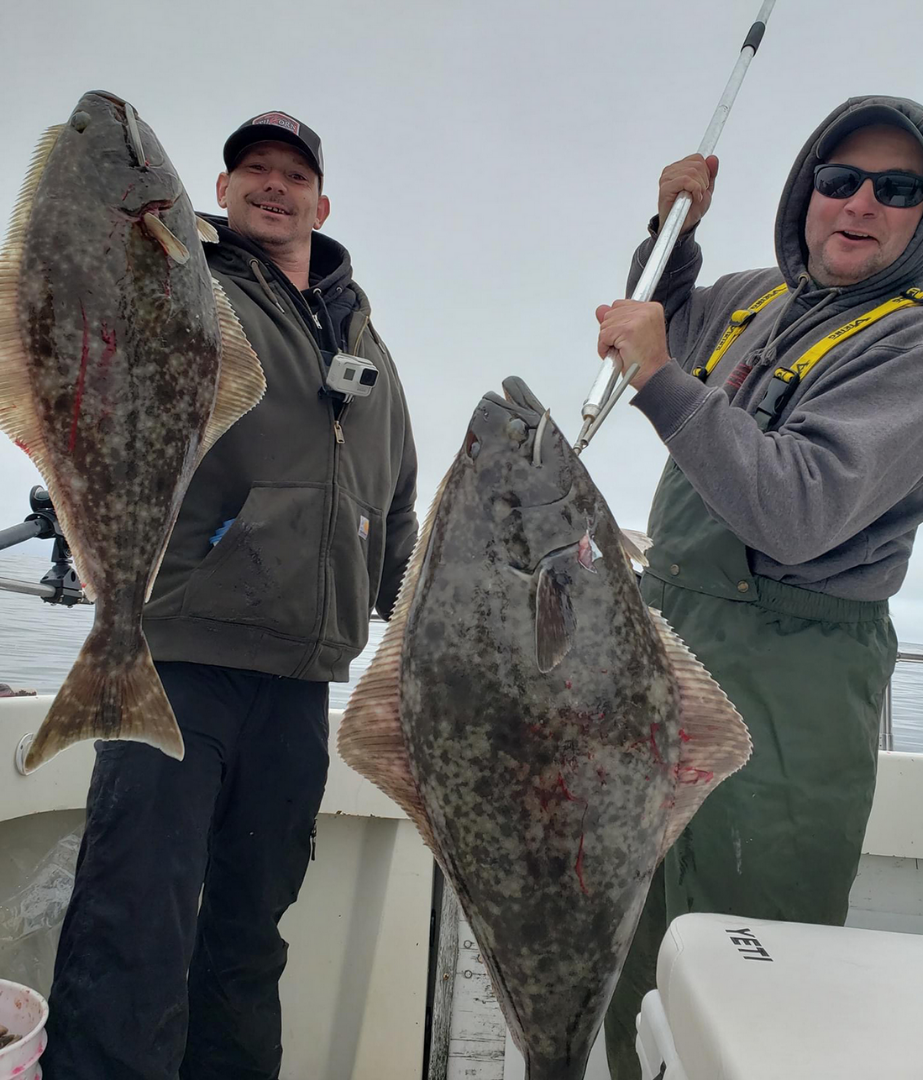 5-27-2021
The weather finally cooperated for consecutive days and the Eureka boats took full advantage. Most of the angling effort was...... Read More