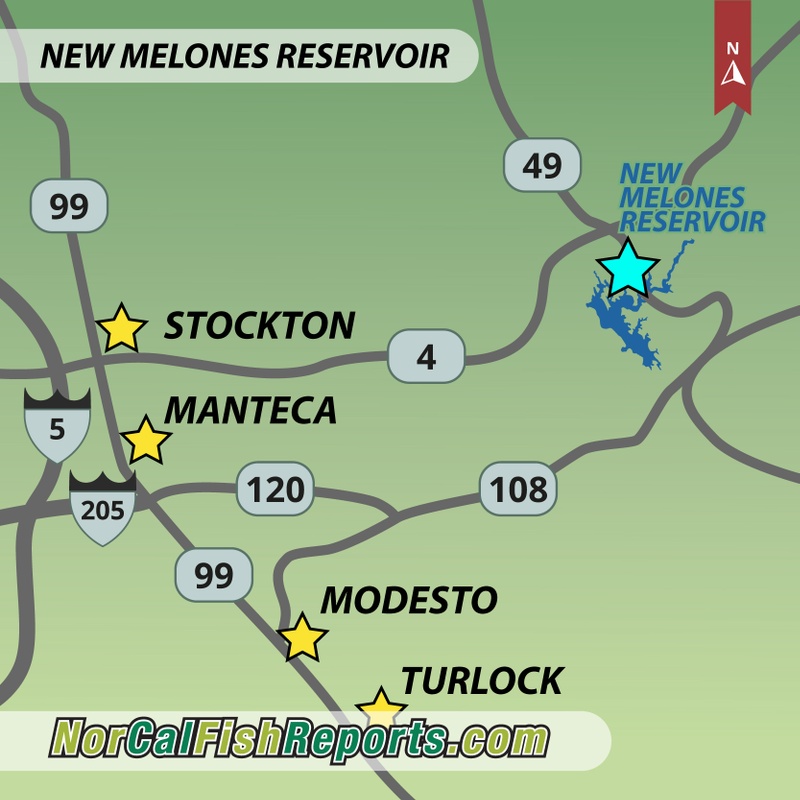 New Melones Reservoir current water level is 997 and 91ft from full. Lack of rainfall for the west has lake levels in northern California at 50-70 % of capacity. For the weekend warrior planning to camp out, Tuttletown has Acorn open and Glory Hole Point has Ironhorse and Big Oaks campground open. New Melones Lake Marina is planning on opening mid May. The water tempature is in the low to mid 60’s. Water visibility is anywhere from 4-6 ft and will have some mudlines on the weekends due to the high amount of boat traffic out on the lake.

The Trout bite has stayed relatively good recently as most of the fish are eating bait anywhere from the surface to 30ft deep. The areas that have produced the most trout recently are Angels Creek, the spillway and dam around Highway 49 bridge as there is large groups of baits schooling up, up river. Some good lures to use right now would be kastmasters, rapalas, apex’s, speedy shiners and hoochies. Many of the kokanee fisherman are picking up quite a few trout. The best colors to use lately have been silver, watermelon, orange and gold behind a matching dodger. The kokanee bite has officially turned on with lots of limits being caught with some 18″ in the mix. Most people have reported catching kokanee 40-60ft deep although this can change depending on the water temperature that day. Out in front of the mouth of the dam and slightly out from the spillway have produced the most ish recently. There have been some reports of kokanee being caught around the Angels Creek area as well. As always apex’s and hoochies in wonderbread, chartruese, pink and orange or watermelon ave been the hot lure behind a matching dodger.

With the bass spawn officially being over they are beginning to heavily target large balls of bait. Large groups of bass are hunting down shad all over the lake especially up river and are beginning to eat topwater lures really well. Most reports are stating that the topwater bite is better in the afternoons but these fish are still actively feeding in the morning. throughout the day just a little further below the surface in 15-20ft of water. Some good options for lures to use at this time would be senkos, dropshots, crankbaits, spinnerbaits and A-rigs in morning to mid day. Good options for fishing in the afternoons would be poppers, spooks, flukes, spoons, whopper ploppers or keitechs.

The catfish have also began to bite better recently and should only get better as the water begins to warm up. This should be a great year for catfishing with the extremely large amount of shad in the lake. Already reports of catfish in the 7-12lb range and the season is just kicking off. The majority of the catfish being caught have been up in the creek arms underneath large groups of bait, eating the dead ones that fall to the bottom after being attacked by other gamefish. Any type of cut or frozen fish such as sardines, mackerel or anchovies are a great bait to use.

The crappie bite has begun o slow up slightly recently but they are still out there and can be caught if found. During the day the crappie have been mixed up in the bass in the creek arms and have been feeding heavily on the small shad imitations or minnows but be prepared to catch more bass than crappie with the minnows. The crappie have been hard to pin down to one depth as they are anywhere from 15-30ft during the day and at the surface to 20ft in the afternoon and night. 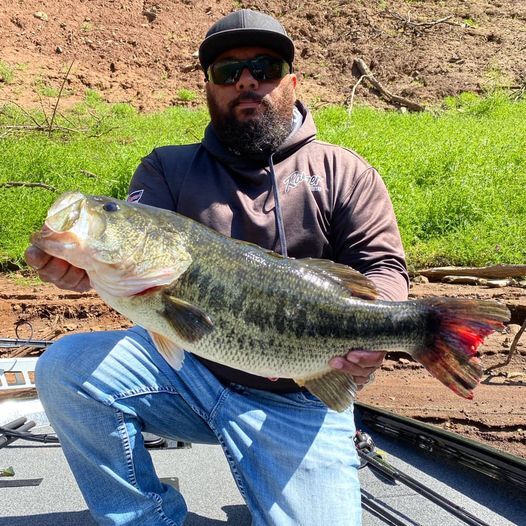 4-11-2021
TROUT The trout have been biting really well recently for people that are trolling but the majority of the bank...... Read More