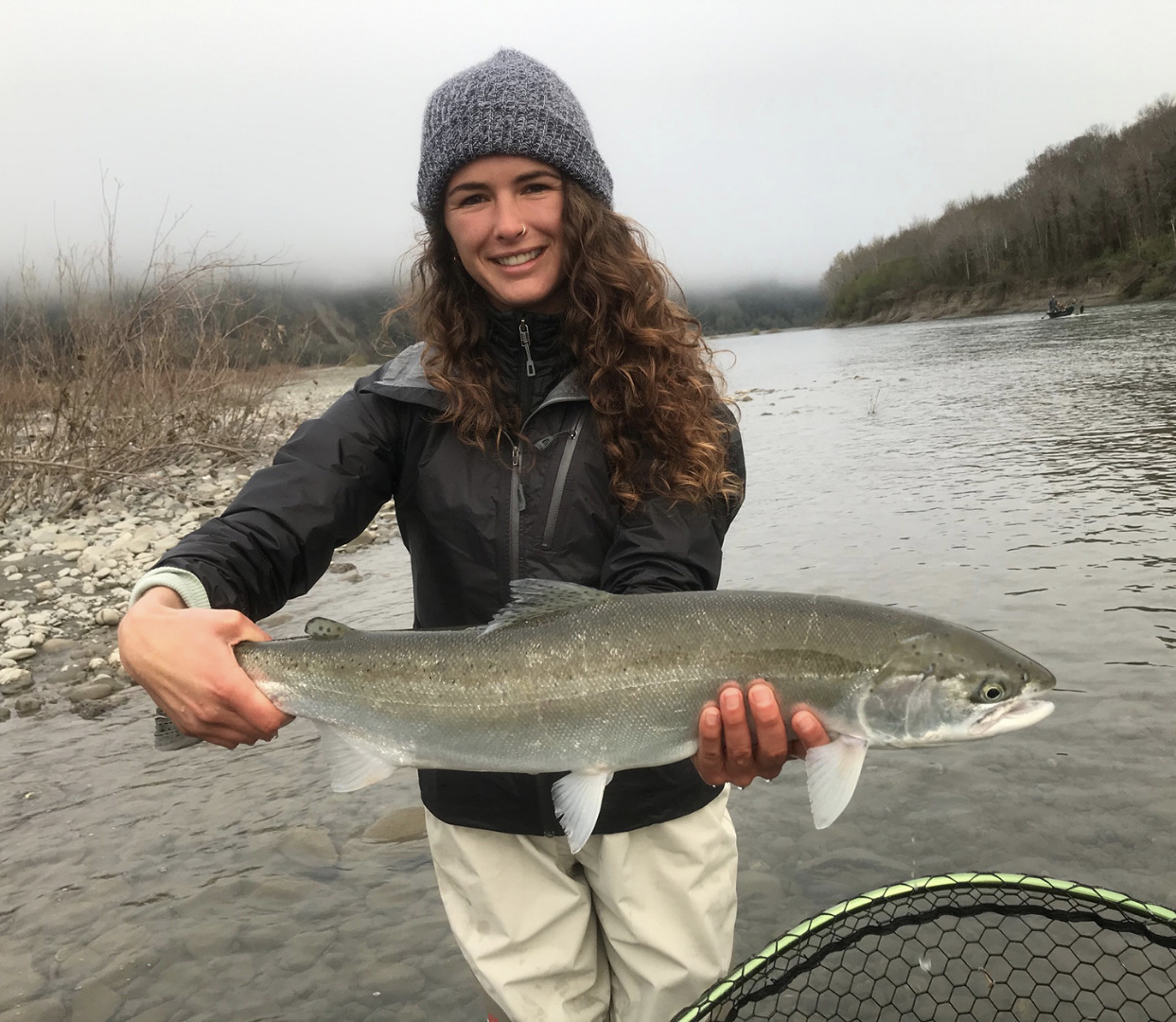 Ana Gonzalez of Point Reyes Station landed a nice winter steelhead Saturday on the lower Eel River. Conditions were perfect over the weekend, and the lower Eel will continue to be a good option through April.
Photo Credit: Photo courtesy of Kenny Priest/Fishing the North Coast Guide Service

One of the toughest and most frustrating steelhead seasons in many years will close Wednesday, March 31. From the Chetco south to the South Fork Eel River, and all the rivers in between, the fish just never showed up in numbers we’re accustomed to. No one knows for certain what caused the decline but it’s safe to say  we’ll all be holding our collective breath when next season rolls around.

Now, as the calendar nears April, it’s time to change gears and look toward the next angling opportunity. The rockfish and Pacific halibut openers are right around the corner, and ocean salmon season will be coming in late June. It’s also time to start thinking about spring salmon on the Klamath (hopefully) and the lower Rogue rivers. There are redtails to be had from all the local beaches and the lagoons are full of trout. Steelhead season has been a real downer and I for one am ready to put this season in the rearview mirror.

Upcoming meetings
The Pacific Fishery Management Council (PFMC) and its advisory bodies will meet April 6 to April 9 and April 12 to April 15 by webinar only to address issues related to groundfish, salmon, Pacific halibut, coastal pelagic species and administrative matters. One of the key agenda items is to adopt final management measures for 2021 ocean salmon fisheries. Also on the agenda are the 2021 Klamath River Basin quotas of adult Klamath River fall Chinook. For more information, visit www.pcouncil.org/documents/2021/03/april-2021-meeting-notice-and-detailed-agenda.pdf/.

The California Fish and Game Commission meeting will be held via webinar and teleconference on April 14 starting at 9 a.m. to adopt and discuss changes to the upcoming sport fishing seasons. The meeting will be live streamed for viewing and listening purposes only. On the agenda is status review of Upper Klamath-Trinity rivers spring Chinook salmon and Northern California summer steelhead. Proposed changes to the Klamath River Basin sport fishing will also be discussed. For a complete agenda and comment submission, and viewing information, visit www.nrm.dfg.ca.gov/FileHandler.ashx?DocumentID=190629&inline.

The Beach/Jetties
When the ocean’s been calm, the redtail perch action has been decent along the beaches. There are some spots that are typically better than others but you can catch them just about anywhere this time of the year. Reportedly, the beaches are full of sand crabs, which is the one of the top choices for bait. Conditions look fishable for the weekend, with waves in the 5 to 6-foot range and wind 5 to 10 knots. Black rockfish and the occasional lingcod are being caught on the north jetty. Fishing has been slower on the south side. Five to 6-inch Gulp jerk shads are a popular bait as well as smaller swimbaits. Egg sinkers or banana weights rigged with a herring also work well.

Brookings ocean update
“Lingcod fishing busted wide open out of Brookings on Sunday, as calm weather allowed boats of all sizes to get out and find easy limits of lings and rockfish,” said Andy Martin with Brookings Fishing Charters. “The lingcod fishing has been better than normal, with charter boats getting limits of lings while targeting rockfish with light gear. Another round of nice weather is expected this weekend. The best fishing is Bird Island north, with limits coming from 30 to 60 feet.”

The Rivers:
Reminder: The South Fork Eel, Van Duzen, Mattole, Mad, Redwood Creek, and the Chetco all closed to fishing on March 31.

Chetco/Rogue
According to Martin, steelhead fishing remained good on the Chetco right up to the March 31 closure. “The most consistent fishing of the season was in March, after the crowds left, and the few boats still fishing had decent numbers every day,” said Martin. “The bulk of the run came in during high water periods, and big numbers of downrunners were caught late in the season. Spring salmon fishing has been slow on the Rogue River. Just a handful of springers have been caught so far. Fishing usually improves in April and early May. With low catches, pressure is light.”

Eel River (main stem)
The main stem is in perfect shape, running at 3,100 cubic feet per second as of Wednesday. The few boats still fishing were averaging two or three fish per day, mostly downers along with some half-pounders. The main stem Eel, from its mouth to the South Fork is open to fishing all year. From April 1 through Sept. 30, only artificial lures with barbless hooks may be used. 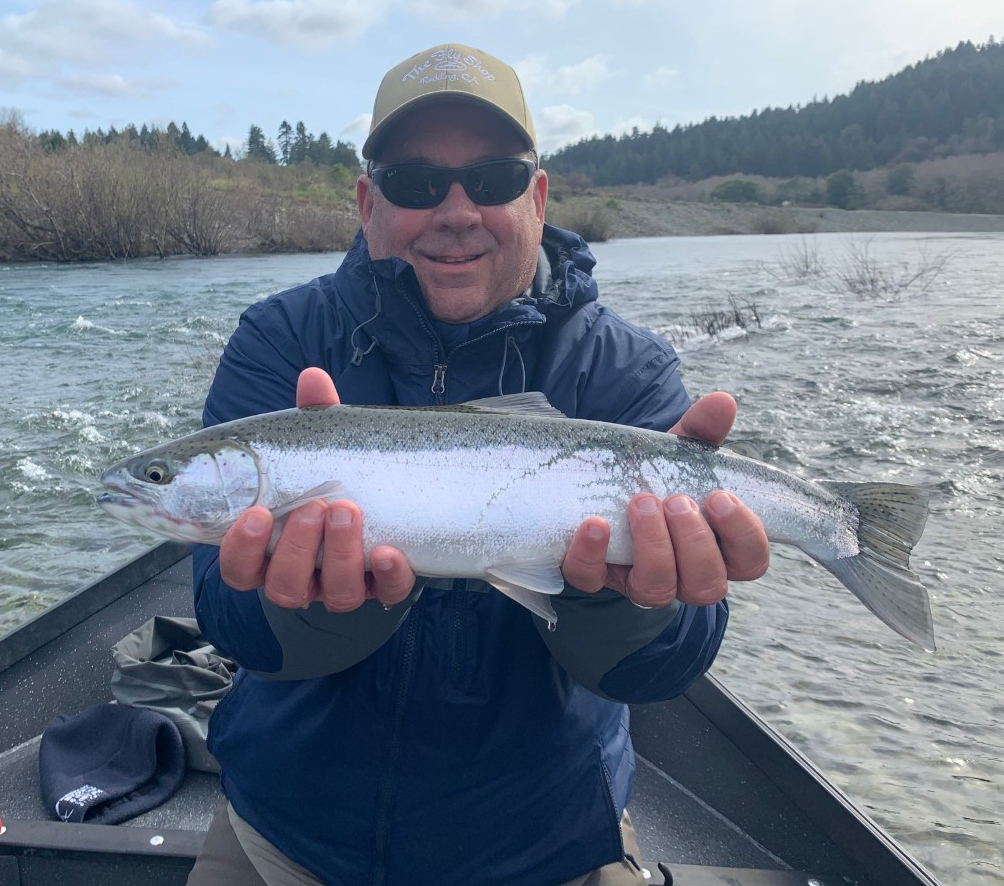 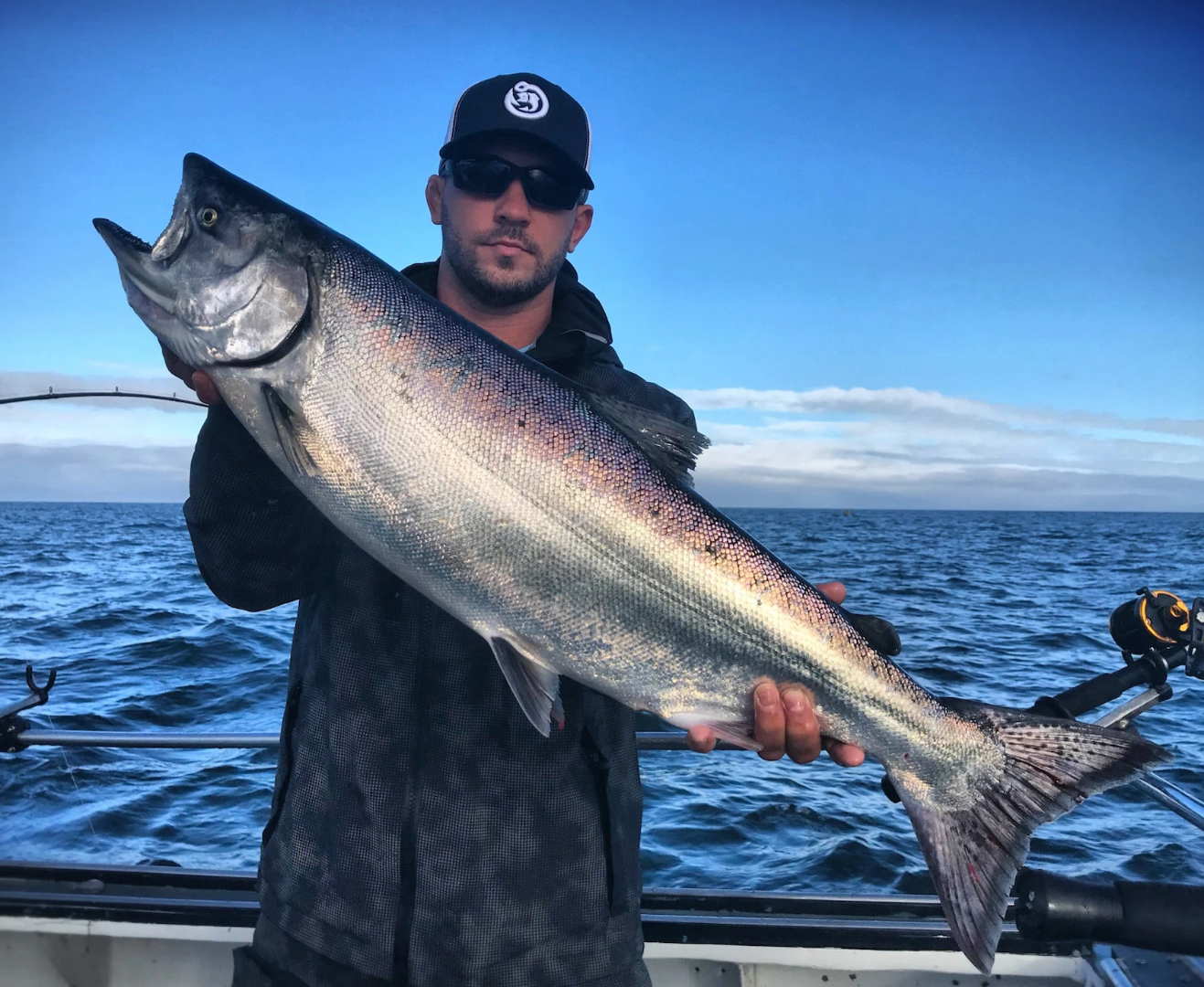 3-18-2021
Looking at the ocean abundance of Sacramento and Klamath River kings and the numbers that returned to the rivers in...... Read More