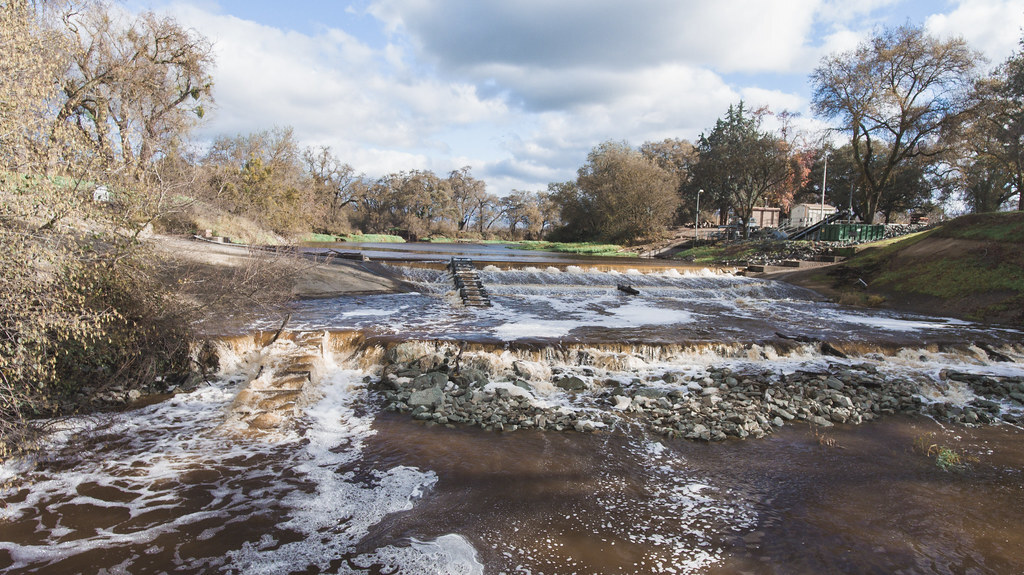 The Calaveras River in California’s Central Valley was once a river of extremes that flooded regularly. Over the last several decades, however, it has been transformed into a complex water conveyance system used to deliver water for agricultural, municipal, and residential uses. Modifications made to divert water from portions of the river can prevent migratory trout and salmon from passing to spawning grounds upstream. Addressing this issue is part of a Habitat Conservation Plan (HCP) recently developed for the Calaveras River, in which the Stockton East Water District has committed to improving fish passage conditions at several instream structures and portions of the lower river. These include road crossings, flashboard dams, the Bellota Weir and Diversion Facility, the Old Calaveras River channel, and private diversions.
A California Department of Water Resources inventory and assessment completed in 2007 found that instream structures on the Calaveras River fell into six categories: flashboard dam bases (boards removed); seasonal flashboard dams (boards in place); low-flow road crossings without culverts; permanent dams and weirs; road and low-flow road crossings with culverts; and vehicle, pedestrian, and railroad bridges. The assessment found that these structures typically caused problems for fish passage because of associated high water velocities or shallow depths. As a result of the assessment, SEWD has prioritized several instream structures for retrofitting, repair, or replacement – two of which have been funded and completed during the development of the HCP. In 2011, the Budiselich Flashboard Dam was regraded to a more gradual incline, which reduced water velocities and turbulence, and increased overall water depth within the channel. In 2013, the Caprini Low Flow Crossing improvement was completed, in which the original crossing was replaced with large 10-ft. by 12-ft. box culverts to remove passage impediments and reduce water velocity through the structure.
Another key structure that will be updated as part of the HCP is the Bellota Weir and Diversion Facility. The diversion began operating in 1978, but in its initial incarnation offered little assistance to migratory fishes trying to pass upstream. Since then, temporary fish ladders have been installed during the non-irrigation season (typically between November 1 and March 31), which overlaps key migratory periods for steelhead (Oncorhynchus mykiss) and fall-run Chinook salmon (Oncorhynchus tshawytscha), to improve access to spawning and rearing reaches below New Hogan Dam. Additionally, a temporary fish screen has been operated at this structure to prevent fish from becoming entrained at the diversion. In the future, the fish ladder and screens will become permanent features of the Bellota Weir and Diversion Facility as part of the HCP. Other improvements are planned for the Old Calaveras River channel, a branch of the river that acts as a dead end for fish under most conditions. A temporary net is currently used at the upstream end of the channel to prevent juvenile fish from entering, and will eventually be replaced by a permanent barrier. A permanent rock barrier will also be constructed at the downstream end to prevent adult fish from migrating into the channel and becoming stranded.
The screening of private diversions within the SEWD service area is also a priority identified in the HCP. Within two years of receiving the 50-year permit for water operations authorized by the HCP, the SEWD will compile a priority list of unscreened diversions and help implement fish screens at these locations until the list is exhausted. Several public grant programs are available to help landowners fund these types of projects, including the Anadromous Fish Screen Program or Proposition 1 Restoration Grants. Between the proposed structural improvements and screening projects identified in the HCP, these efforts will go a long way to restoring fish access to vital upstream habitats, making the Calaveras a much more fish-friendly river. Watch our latest video to learn more about the fish passage improvements planned as part of the Calaveras HCP. 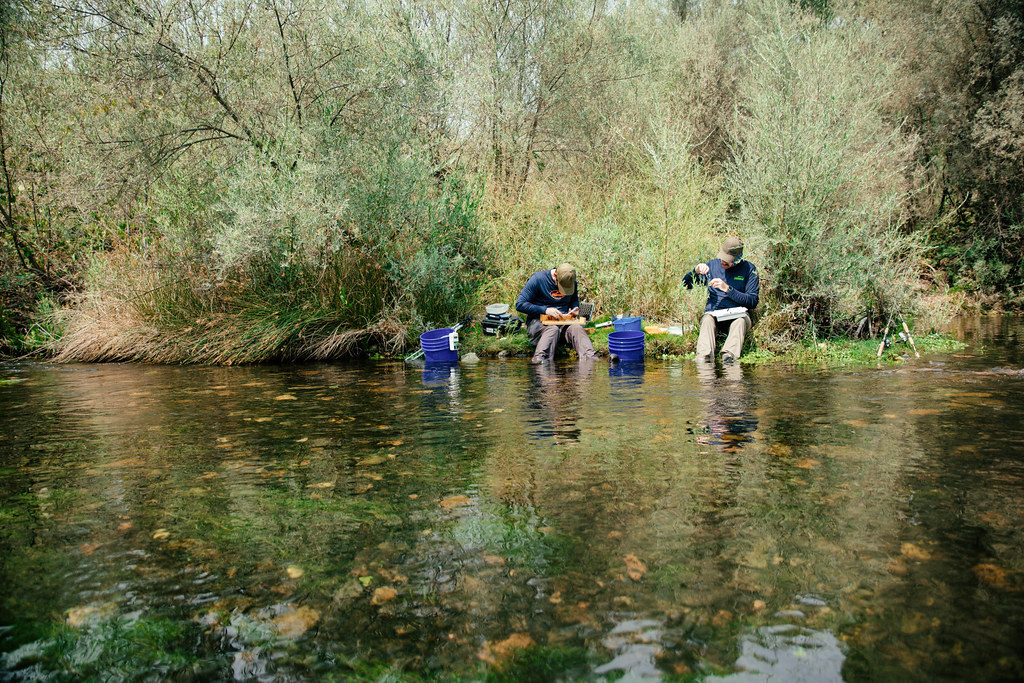 2-22-2021
Studying steelhead (Oncorhynchus mykiss) populations in the rivers of California’s Central Valley has long challenged scientists and managers due to...... Read More

Keeping Tabs on Fish Health in the Calaveras River 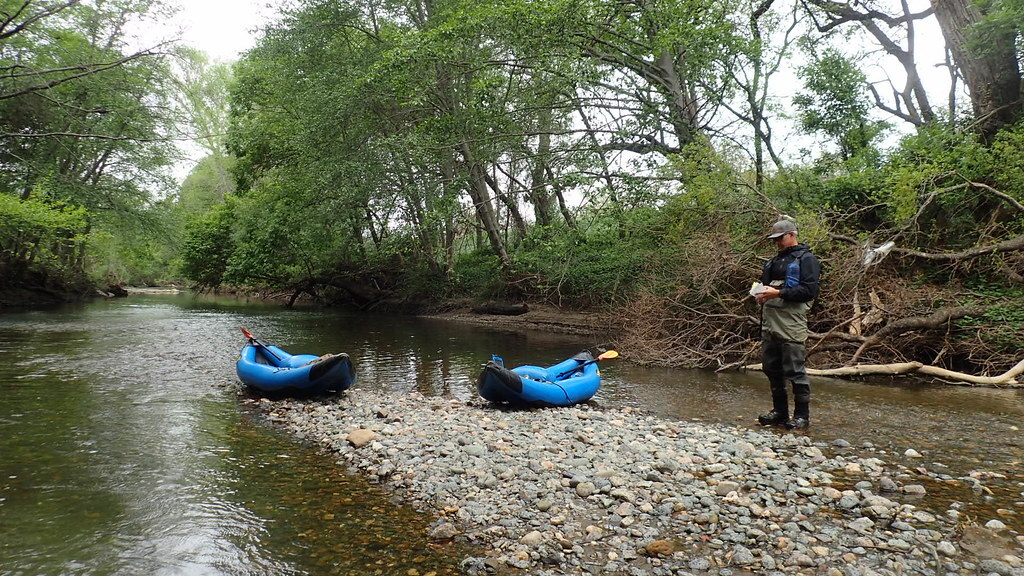 2-8-2021
The Calaveras River is home to several iconic and sensitive native California fish species, including the both forms of Oncorhynchus mykiss (steelhead and rainbow...... Read More