Rivers Are Green, But Steelhead Not Easy to Come By 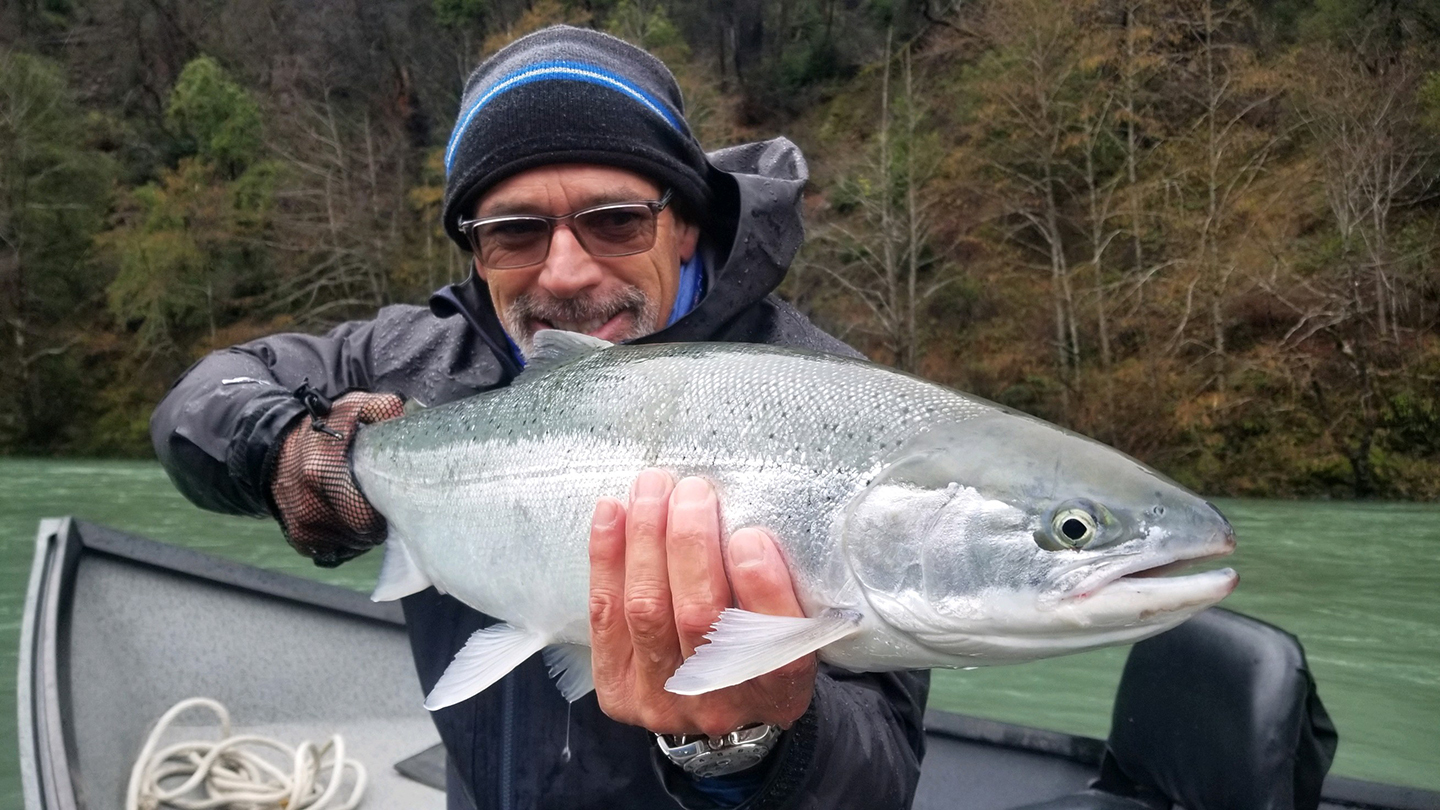 This past weekend saw all of our coastal steelhead rivers turn some shade of green — some emerald and some olive. Condition-wise, it was probably the best we’ve had this season. But pristine conditions only last so long. The next round of storms is forecast for Thursday and that will likely be the end of the green water for now. If you were planning on fishing rivers other than the Smith or possibly the Chetco, you may be out of luck. Green rivers with perfect flows, unfortunately, are only half of the equation that make up winter fishing success. The other is the “silver bullets,” otherwise known as steelhead. And those seem to be lacking in numbers this year. Anglers caught fish over the weekend on all the rivers other than the main Eel but not as many as hoped for, given the conditions. Hopefully the fish show in better numbers soon — we’re starting to run out of days.

The weather ahead
“We’ll have multiple opportunities for rain starting Thursday evening,” said Kathleen Zontos of Eureka’s National Weather Service. “The two systems on the way aren’t big storms but they will impact the rivers. The first one will arrive Thursday evening and stick around through Friday morning. A half inch of widespread rain is predicted from Del Norte to Humboldt. The next round will hit Saturday morning and linger into Sunday. This system will impact Del Norte a little more, with up to an inch of rain predicted. In Humboldt, we should see about a half inch.”

Free fishing days this weekend in Oregon
It’s free to fish, crab or clam on the Saturday and Sunday of President’s Day Weekend, Feb. 13-14. During these two days, no fishing licenses or tags (including a Combined Angling Tag and a Columbia River Basin Endorsement) are required to fish, crab or clam anywhere in Oregon. Although no licenses or tags are required, all other regulations apply including closures, bag limits and size restrictions. For more information, visit https://myodfw.com/articles/2021-free-fishing-days-and-events

The Rivers:
Chetco/Elk/Sixes
The Chetco was blown out for a week but fished very well for plunkers Thursday and Friday, and was fair for drift boaters over the weekend, according to Andy Martin of Wild Rivers Fishing. He said, “Flows hit 20,000 [cubic feet per second] from rain and melting snow at the beginning of last week, and dropped to 3,700 by Sunday evening. Big numbers of steelhead shot upriver as flows dropped. Plunkers using large Spin-N-Glos from the gravel bars at Ice Box, Loeb Park and Social Security Bar caught several dozen fish late in the week. Drift boaters encountered dirty water over the weekend but got into a few steelhead side-drifting. Scores were better for boaters that anchored and ran 3.5 MagLips. Prime conditions are expected this week, with another rise by the weekend.”

Smith River
The Smith is low and clear and the general consensus is the fishing is tough, reports guide Mike Coopman. “There doesn’t seem to be a lot of fish in the river right now,” said Coopman. “There were a few days ago but the seals have pushed them through. The fish that are here are spread throughout the river. The fish we’re seeing continue to be real nice ones, with plenty of fish in the teens.” The Smith is predicted for a small rise Friday, with a bigger one coming Saturday. Flows are predicted to peak at 11,700 cfs Saturday evening.

Eel River (main stem)
The main stem is starting to turn green but it’s still pretty big. Flows were down to 4,500 cfs on Wednesday but it doesn’t look like it will be in prime shape by the time the next storm hits. Flows are predicted to bottom out Thursday evening at 4,000 cfs, then rise steadily Friday, putting it back at square one.

Eel River (South Fork)
The higher reaches of the South Fork were in perfect shape over the weekend. As of Tuesday, it’s fishable all the way to the forks. Boat pressure was low over the weekend and so were the scores. There were a few more caught Monday and Tuesday, including some downers. The river should fish through Thursday, then increased flows are predicted starting in the evening. It’s predicted to peak at 4,800 cfs Friday afternoon with the next rise predicted for Saturday evening. It will likely be off color through the weekend.

Van Duzen
The Van Duzen was running at 545 cfs as of Wednesday and has good color. It will be in fishable shape through Thursday, when it’s predicted to blow out again and remain high and off color through the weekend.

Mad River
The Mad was just starting drop into real fishable shape on Tuesday with flows right around 1,300 cfs. The river was still big but the color was looking good. The steelhead fishing remains tough but a few are being caught mainly near the hatchery. With more rain on the way, the green water will stick around through Thursday. Flows are predicted to keep the river high and off color through the weekend. 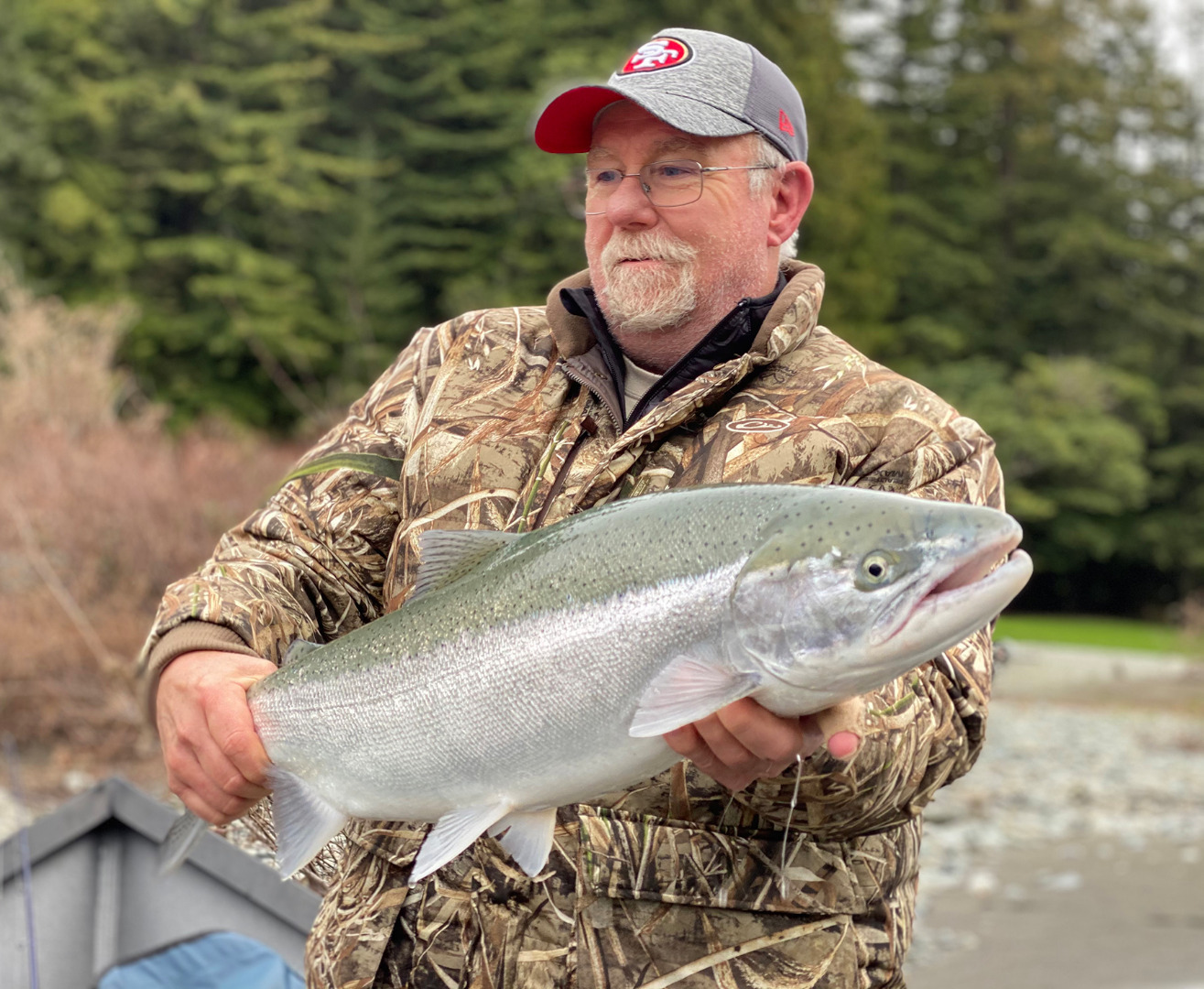 2-4-2021
After a solid week of rainy weather that turned all the coastal rivers big and brown, it looks like we’re...... Read More 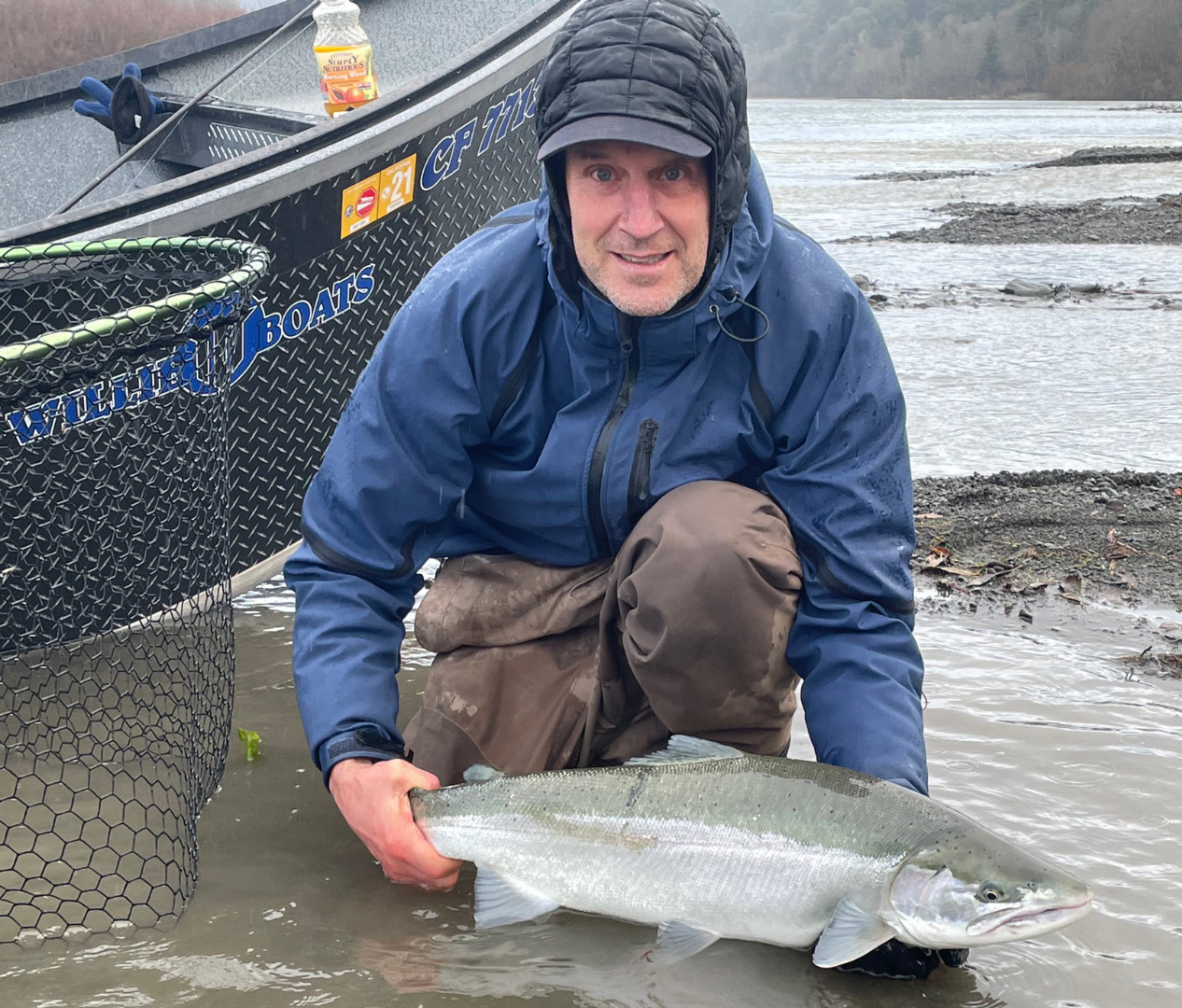 1-28-2021
Just as the steelhead season began to show signs of life, another round of wet storms is set to wreak...... Read More