Steelhead Fishing on Hold as Storm Blows Through 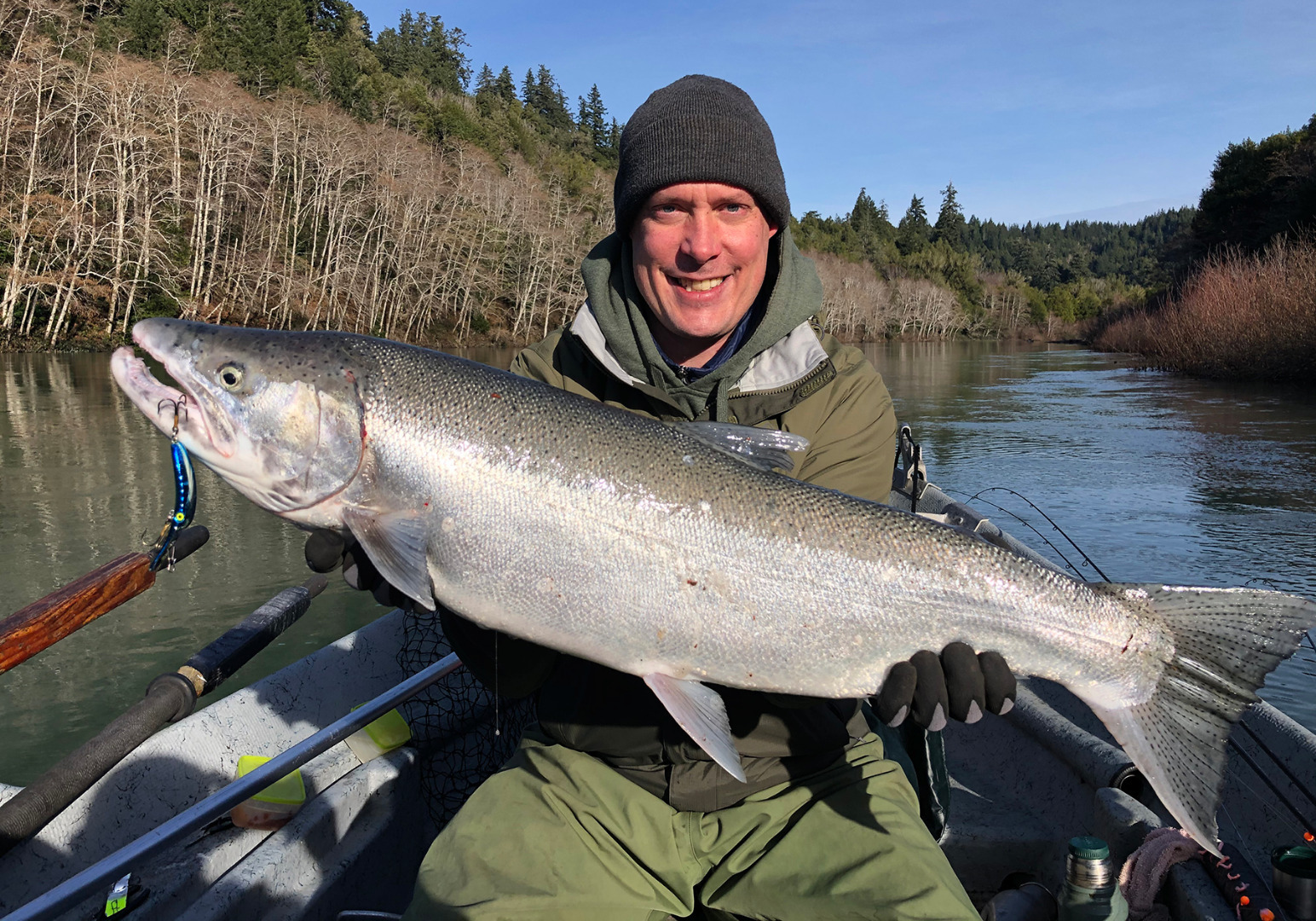 A powerful yet quick storm blew through the area on Tuesday, forcing winter steelhead anglers to hit the pause button. The bad news is it dumped a bunch of water quickly, turning coastal rivers brown. The good news is it didn’t stick around long. As quickly as the rivers rose, they are forecast to drop nearly as fast. The rivers to our north, the Smith and Chetco, took the brunt of the storm. Both will reach their highest flows this season but, miraculously, will be ready for fishing by the weekend. There’s an outside chance the higher reaches of the South Fork Eel could be ready by Sunday. The Mad should round into fishing shape by early next week and the main Eel will be right behind it. With drier weather on the horizon, expect to see some prime steelhead conditions next week.

Weather outlook
A fairly sizeable storm moved its way across the North Coast Tuesday and Wednesday, taking with it the rivers that were on the verge of turning steelhead green. “Over the course of the two days, the Smith basin will see 3 to 6 inches, with the higher amounts falling in the mountains. Locally, we’re looking at 1 to 2 inches,” said Kathleen Zontos of Eureka’s National Weather Service. “We’ll begin to dry out on Thursday and the rest of the week through the weekend is looking dry as well. There is another chance of rain mid next week but there’s quite a bit of uncertainty in the models. It’s looking more like it will move well to our north. Through Jan. 25, the climate center is calling for below normal precipitation

The Rivers:
Smith River
The Smith blew out Tuesday as flows hit 76,500 cubic feet per second (25.8 ft.) on Wednesday morning on the Jed Smith gauge. It was plunkable on Thursday but it was big. Conditions are looking good for Friday through the weekend for drifting. Overall, the fishing has been tough. Scores are ranging from zero to two per boat, with a lot more zeros than twos. Hopefully, the big rise will bring in more fish.

Chetco River/Lower Rogue
“Steelhead fishing was improving on the Chetco before this week’s big storm arrived,” said Andy Martin of Wild Rivers Fishing. “During high water conditions late last week and on Monday, fishing was fair, with most boats getting a fish or two, and plunkers catching steelhead on the lower river gravel bars. Side-drifting roe or beads, or running plugs in the softer water close to shore produced steelhead to 18 pounds over the weekend. Depending on how much rain falls mid-week, the Chetco could fish again by Saturday, but also could be blown out through the weekend. Expect peak season type fishing as the Chetco drops.”

According to Martin, the Sixes has been blown out for more than a week, while the Elk fished slowly for steelhead on Sunday, with lots of boats and only a few fish caught. “The lower Rogue was a good bet before Monday night’s storm, with plunkers and jet boaters getting fish over the weekend.”

Eel River (main stem)
The main stem was days away from fishable water but the storms will push back any chance of green water for quite a while. Flows were down to 3,500 cfs Tuesday but the rains have it hitting 19,000 cfs mid-day Thursday. It’s predicted to drop quickly and could fish late next week.

Eel River (South Fork)
The South Fork dropped into fishable shape Monday, but was back on the rise as of Tuesday afternoon. There were a few fish caught Sunday and Monday in the Benbow area, but it was not red hot. The river was at 8,900 cfs and still rising on Wednesday afternoon at Miranda. It’s forecasted to drop to a fishable height by the weekend, but the water color could be an issue.

Van Duzen
The Duzen was down to 500 cfs and was fishable Tuesday. Unfortunately, flows were headed back up as of Tuesday afternoon. Flows were at 2,800 cfs Wednesday afternoon and still going up. It’s forecasted for a quick drop, and could be under 600 cfs by early next week.

Mad River
The Mad was just turning green on Tuesday morning, according to Justin Kelly of Eureka’s RMI Outdoors. He said, “The river was bait fishable on Tuesday, but it was starting to get dirty in the afternoon. Fishing has been a little slow, most of the action has been right at the hatchery. There have been some caught below, but not as many. Looks like it will be brown through Saturday but it might start to drop back in on Sunday. Next week should be prime.” Flows were at ,5,000 cfs on Wednesday afternoon and starting to level off. It’s also forecast to drop quickly, and should be green sometime early next week. 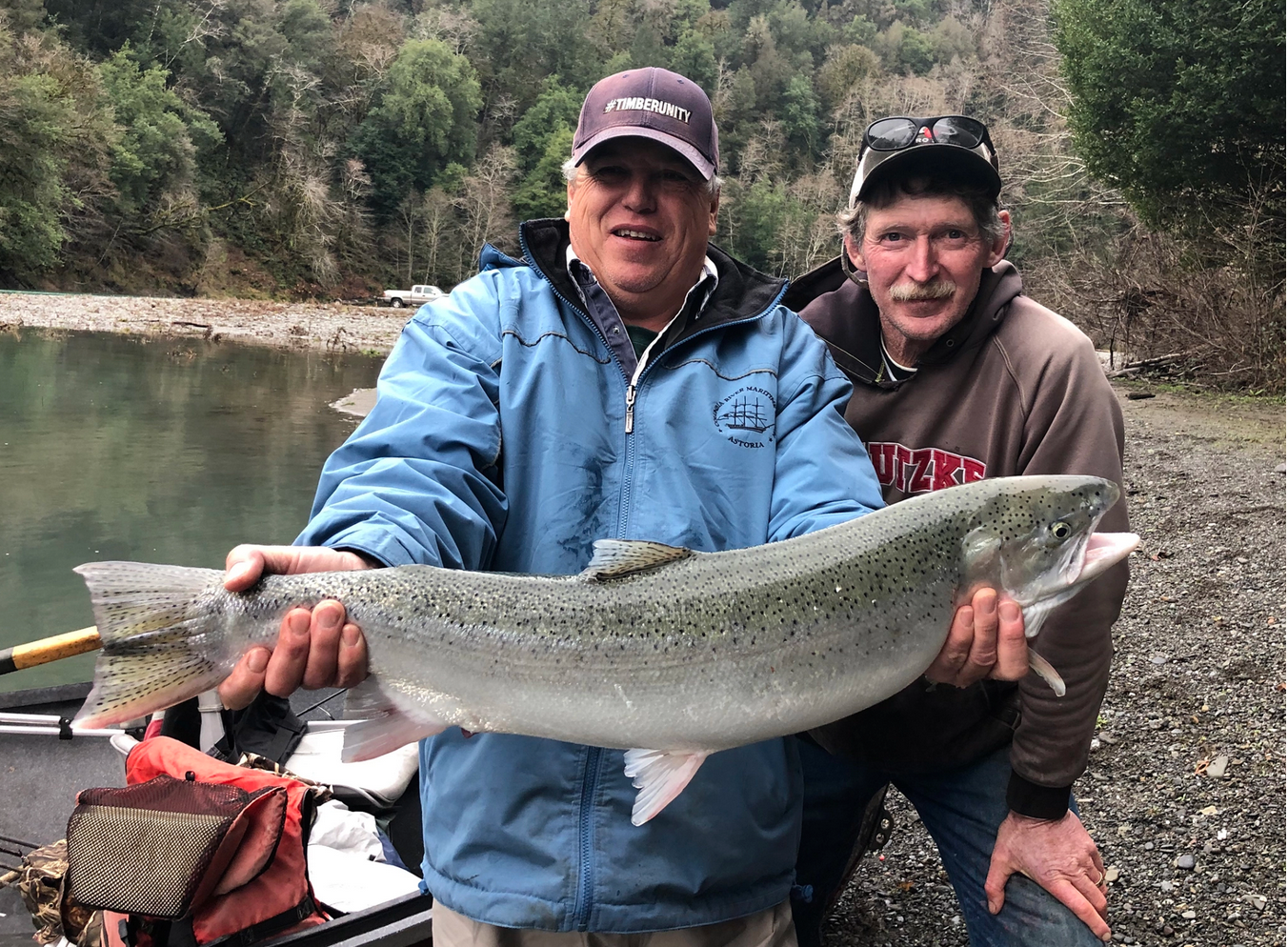 1-7-2021
If you’re in pursuit of steelhead-green water this weekend, you’ll probably need to head north. With the Chetco blown out...... Read More 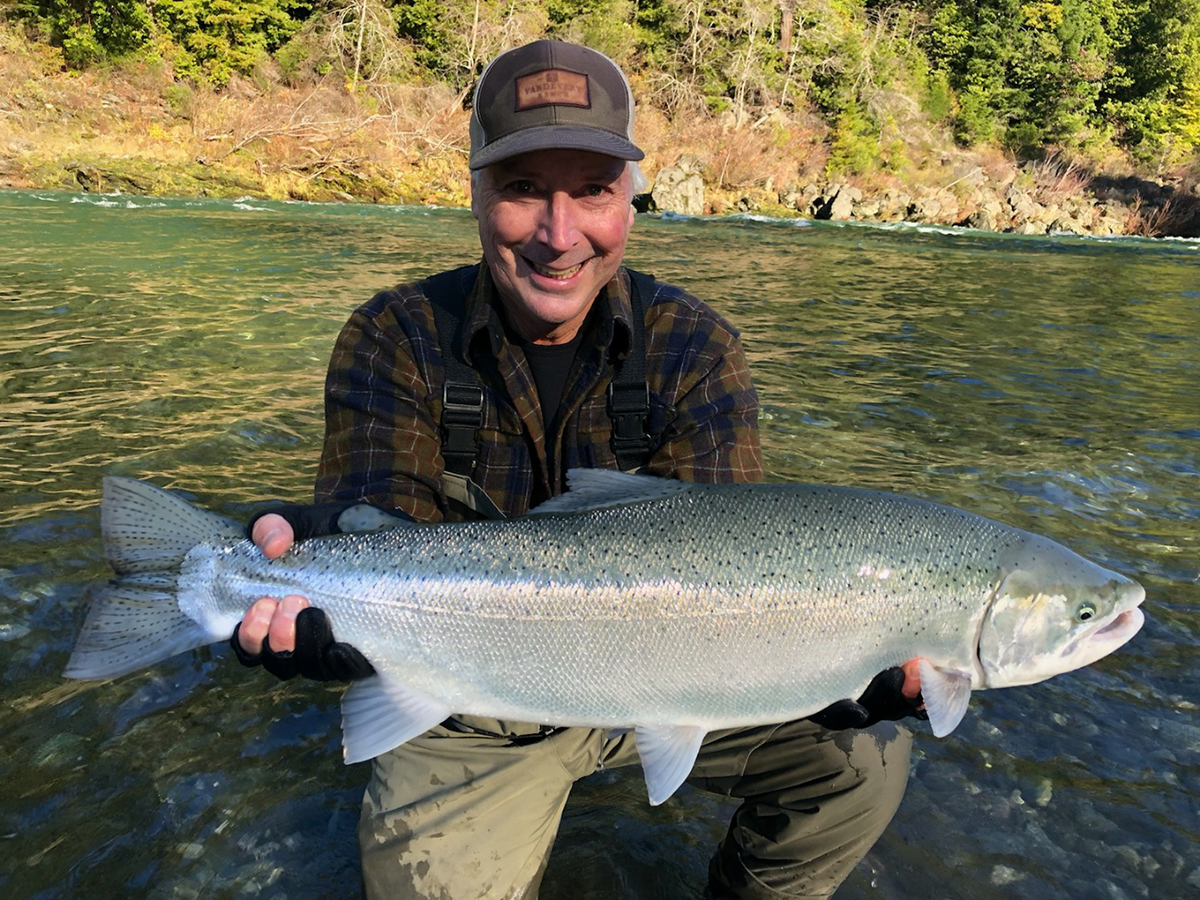