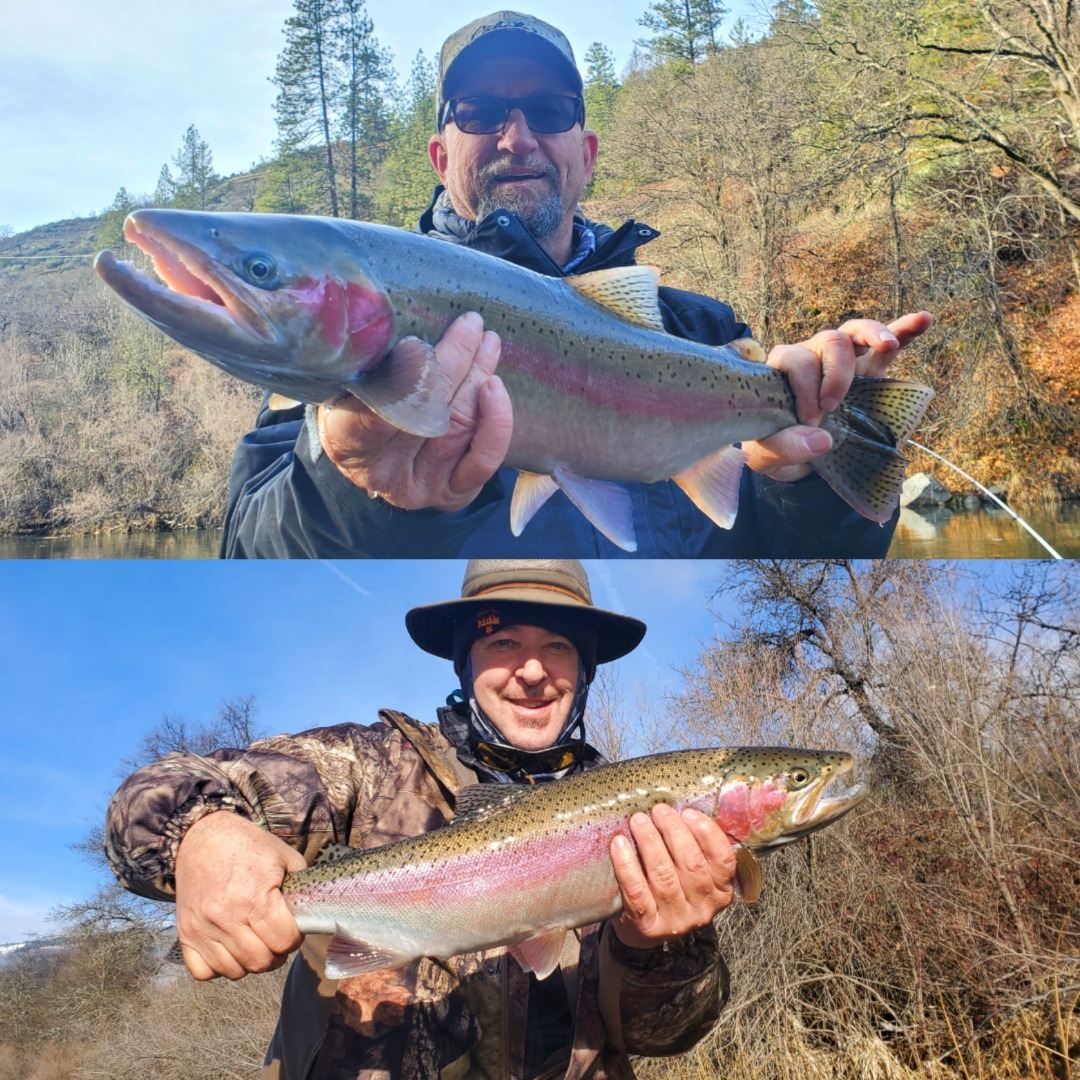 It was one of those type of days that makes you forget it is suppose to be winter. Often winter steelheading is about battling mother nature and all the elements of weather she can throw at you. Yesterday, all we had to deal with was was gorgeous cool blue sky and biting fish.

The morning started off around 25 to 30 degrees but as soon as the sun came up it warmed up fast. At some point during the day the temperature was over 50 degrees. That is crazy warm for January on the Klamath. With that said Tim and Steve dealt with it and caught and released some fantastic Klamath Steelhead.

The fish were hungry and by the end of the day the guys were tied at 7 fish piece. We were literally at the the take out when Tim hooked up one more hard fighting Klamath steely to take the lead. A few more cast were made but Steve was unable to tie the score and according to Steve he was going to hear all about it on the ride home hahahaha.

Big fish honors was going to be a tough battle as well. Tim landed a good 18 to 19 inch Steely to start the day. That put Steve on the hot seat but not to be out done Steve landed a real beauty. Steve caught a solid 25 inch piggy that put up the type of head shaking battle that all Steelheaders love and reminds you that you have a good fish on!

Now it was Tim's turn. We continued down the Klamath enjoying the wonderful warm winter sun and scenery. The scenery on the river is something you all need to come and experience. It is definitely postcard worthy.

Tim made a cast just in front of a big river rock and after a couple cranks of the reel a large steely came up and boiled on his plug. We all knew it was a big fish as it smashed and dashed, showing us his powerful big tail. Much like Steve's steely, this fish battled the same way with a couple of hard runs and lots big head shakes. A few minutes later, he came to net and let snap a few quick photos before his release.

Now the true bother augment was on lol. Who caught the bigger fish? I have to say they both had aspects to them that made each one look bigger than the other but in the end we decided ton call it a draw.

I'm sure Tim and Steve will continue to say their respective fish was bigger, and im sure some good laughs we be had by both. Checkout the pictures the of Tim an Steve adventure and enjoy.

Winter Steelhead fishing on the Klamath will continue for the next few months, give me a call 530 905 0758 or book online at Caldwellfishing.com 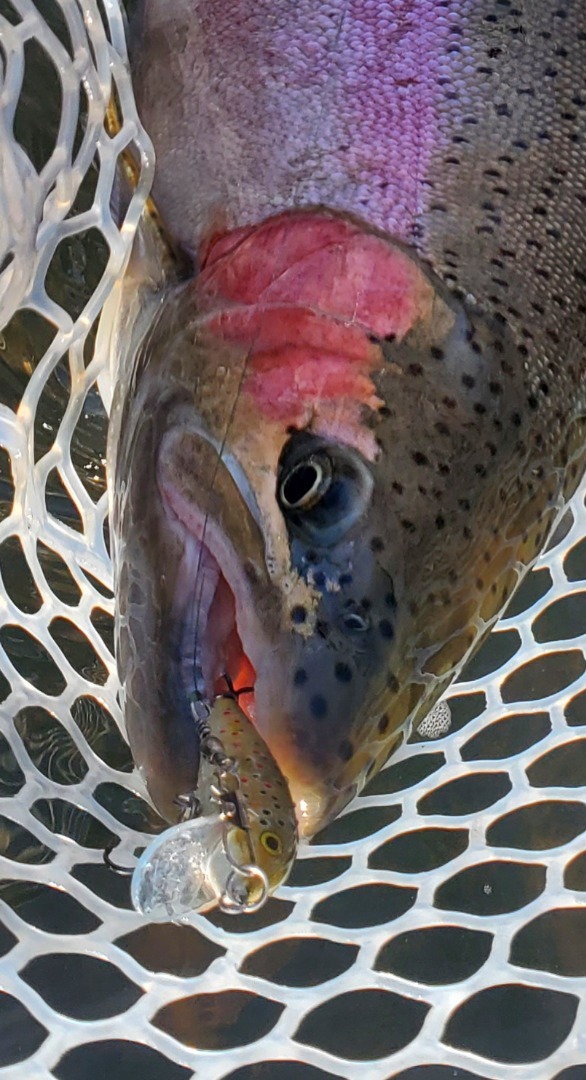 Klamath Steely Smiles, thanks to all who fished with me in 2020