Storms should keep the steelhead coming 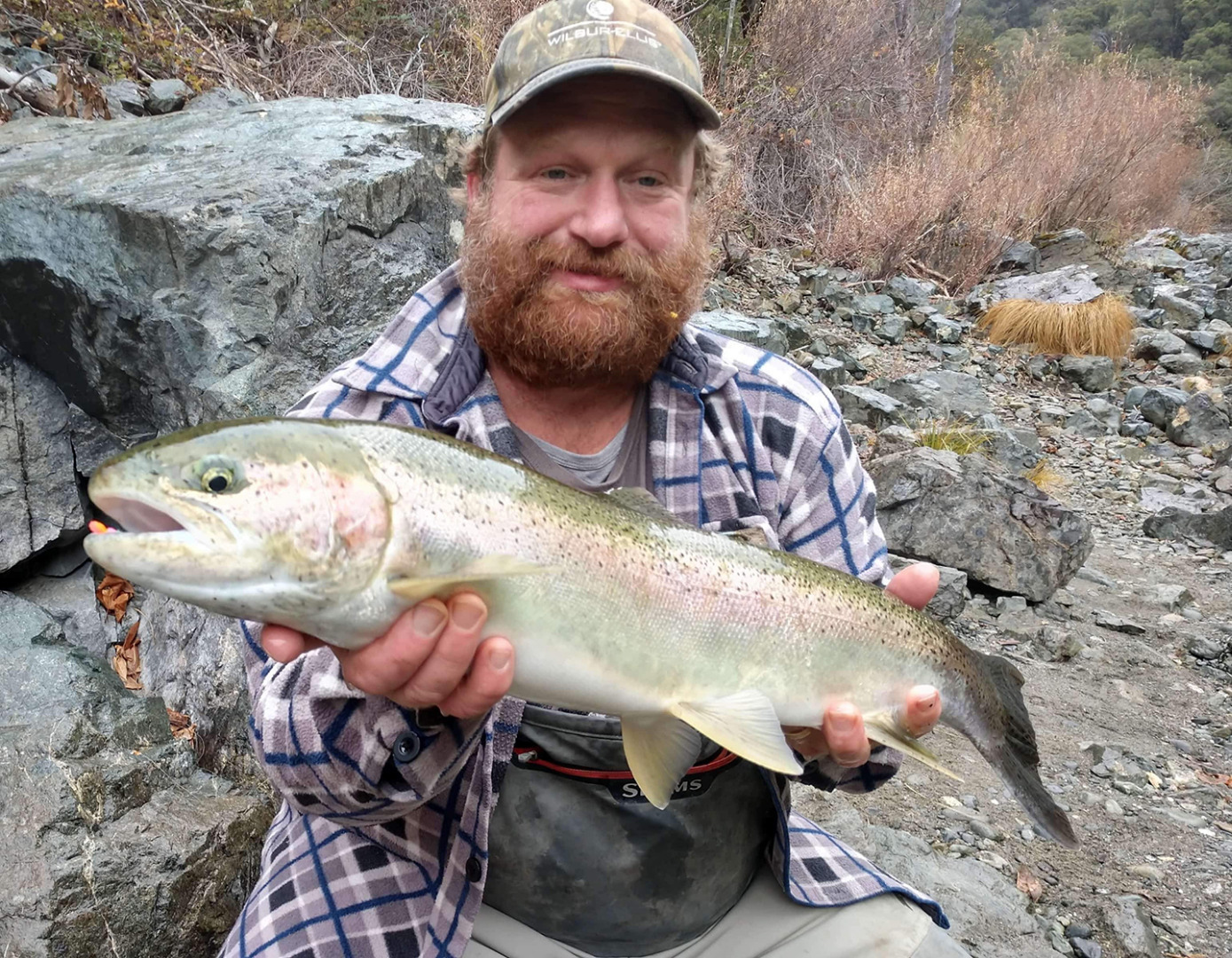 Charlie Holthaus, of Weaverville, landed a nice steelhead while fishing the Trinity River Friday, Dec. 11. With more storms in the forecast, the Trinity, as well as the coastal rivers, should see a good push of fresh steelhead.
Photo Credit: Photo courtesy of Charlie Holthaus

Following a weekend that saw slightly less rain than predicted, conditions on our steelhead rivers are starting to improve. Storms impacting our coast one after the other are what’s really needed to kick off the winter steelhead run, and that looks to be the case through the weekend. A good soaking is forecasted for Wednesday with another coming late Saturday and into Sunday. The Smith and the Chetco will see significant flow increases, but should remain fishable. Closer to home, Wednesday’s storm will likely turn the Mad, Eel and Van Duzen rivers muddy. But it’s possible they’ll bounce back by Saturday before the flows head back up. A few steelhead have made their way to the hatchery on the Mad and there should be plenty more behind them. The Eel and Van Duzen haven’t seen many boats or anglers yet, but you can bet there are steelhead around. If you’re looking to get out of the house this weekend, you shouldn’t have any trouble finding a fishable river.

Weather ahead
Widespread rain is in the forecast for Wednesday, according to Kathleen Zontos of Eureka’s National Weather Service. “Rain is going to be heavy at times and we could see 1 to 2 inches,” said Zontos. “We’ll start to dry out on Thursday but there is a chance for some light rain, up to a tenth of an inch. The next system will move in sometime late Saturday night but the timing of this one is a little uncertain. The majority of the rain looks like it will fall on Sunday and linger into Monday. This system has the potential to drop 2 to 4 inches of rain over the three days, with the Smith basin seeing the higher totals. For the seven-day forecast ending next Tuesday, the Smith basin could see anywhere from 3 to 5 inches. The Mad and lower Eel could see 1 to 2 inches. Above normal precipitation is predicted in the Smith basin from Sunday through next Thursday.”

Oregon increases rockfish bag limit for 2021
Beginning Jan. 1, 2021, Oregon ocean anglers will be able to keep 6 rockfish instead of 5 according to a press release issued last Friday by the ODFW. Oregon anglers can keep any combination of black, blue, canary, yellowtail and vermilion rockfish as part of that limit, and have a sub-bag-limit of one China, copper or quillback rockfish. Anglers also can have one cabezon as part of the rockfish limit beginning July 1. The daily bag limit for lingcod remains at two, with a size limit of 22 inches. For more information, visit https://www.dfw.state.or.us/news/2020/12_Dec/121120.asp

Mad River Hatchery ladder now open
The water running down the ladder to the river was turned on last Saturday. The hatchery hopes to begin spawning on Tuesday, Jan. 5 and then each following Tuesday.

The Rivers:
All North Coast rivers subjected to low-flow fishing closures, including the Smith, main Eel, South Fork Eel, Mad, Redwood Creek and Van Duzen were open to fishing as of Thursday. Be sure and call the low-flow closure hotline, 822-3164, to determine if the river is open prior to fishing. CDFW will make information public by a telephone recorded message each Monday, Wednesday and Friday as to whether any river will be open or closed to fishing. Rivers will not automatically open to fishing once the minimum flows are reached.

Smith River
The Smith was in fishable shape on Monday but was dropping quickly. There were a few boats on the river, with some side-drifting for steelhead and others targeting salmon. Reportedly, there were a few dark salmon caught on the lower river. The steelhead report wasn’t very good either. I heard of one adult steelhead along with some half-pounders being landed. Following Wednesdays, rain, flows peaked at 28,500 cfs on the Jed Smith gauge early Thursday morning. Conditions should be good for the weekend.

Chetco/Elk/Sixes
“The Chetco hit 5,000 [cubic feet per second] and blew out Sunday evening, but was fishable again Monday as flows dropped back below 3,500 cfs,” said Andy Martin of Wild Rivers Fishing. “Fishing was slow for the plunkers, in part because of treacherous conditions at the Chetco River bar, which prevented new fish from moving in. More rain is expected this week; could fish Friday and Saturday if the storms are not too severe. Next week the Chetco may reach 14,000 cfs or higher, according to long-range forecasts.”

The Elk was fishable Monday at 3.6 feet but was clear and fished slow, according to Martin. “A few late kings were caught. It will be a good option after this week’s rain. The Sixes was turning green and dropped to 2 feet Monday evening, but by Wednesday could blow out for several days,” added Martin.

Mad
The Mad is forecasted for a steep rise on Thursday as flows are predicted to reach 1,400 cfs early in the morning. Will likely be off-color through the weekend.

Main stem Eel
The main stem was fishable on Wednesday and might remain so through early Thursday. It’s predicted to rise all day Thursday, reaching 4,800 cfs on Friday morning. It will likely take a few days of dry weather before it clears.

South Fork Eel
The South Fork opened on Thursday. Predicted to peak at 2,400 cfs Thursday evening, but will drop quickly.

Van Duzen
Flowing at 175 cfs on Wednesday, the Duzen still had some color. After Wednesday’s storm, the Duzen peaked at 1,680 cfs on Thursday. It will likely be muddy through the weekend.

Rain and Steelhead Both on the Horizon 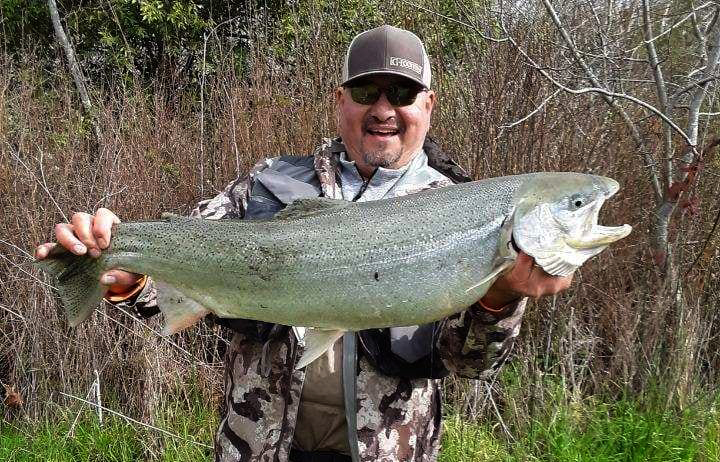 12-10-2020
Winter steelhead season has yet to take off on the North Coast but that could soon change. A pretty sizeable...... Read More

Winter Steelhead Up Next for Coastal Rivers 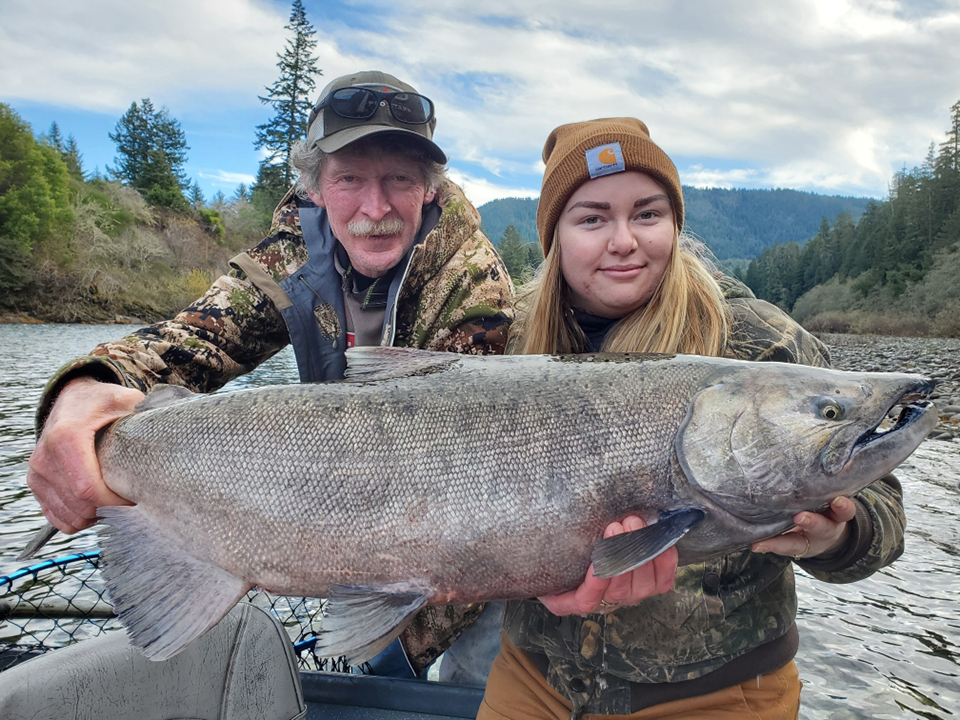