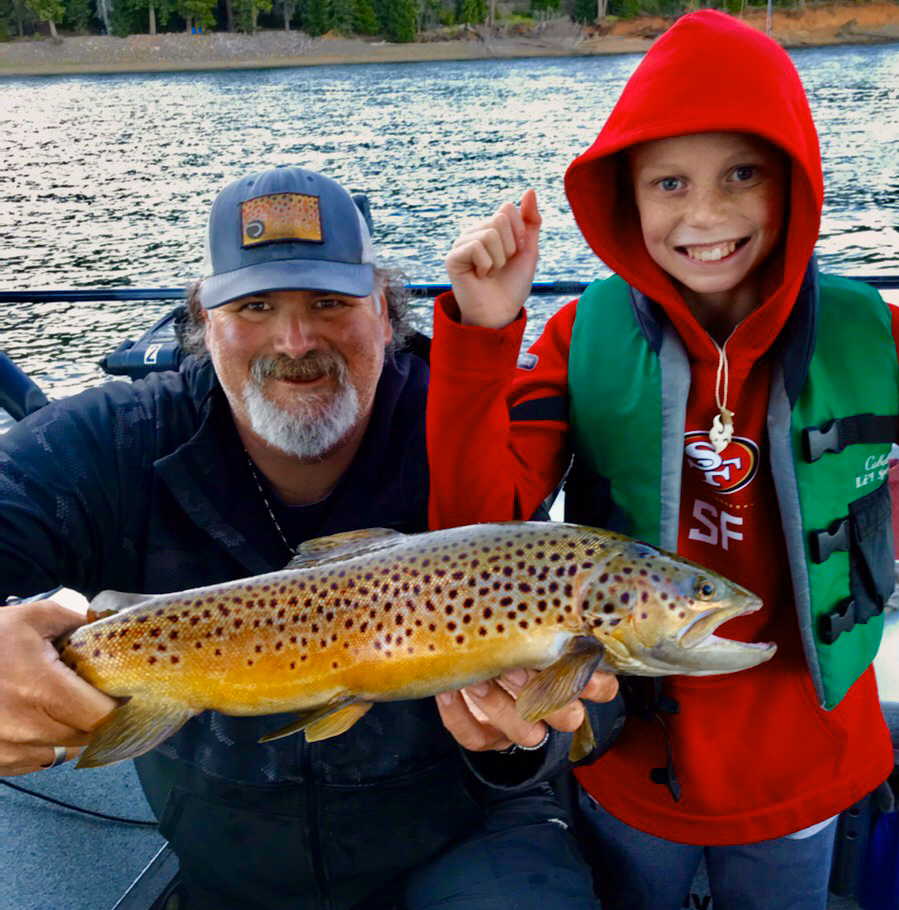 My apologies for the long delay in posting a new report on the web site. For those of you who follow us on social media, you have a pretty good idea of what has been going on. Speaking of social media, for the most up to date reports and what is happening on the boat follow us on Facebook Instagram and You tube. So lets get down to it, almost a summer re-cap of sorts.  Charter operations resumed in May following a long shut down due to the Corona Virus. Like I said in previous reports, I was spending several days a week on the lake keeping track of the fish and their movements, so when the time came, it was game on.  By May the fish had really started to key in on the aquatic bug hatches taking place all over the lake. I was finding bug eating fish along the east shore, the west shore as well as all over up north. Almanor sure can produce the food for these fish.

Once we got to mid June, big numbers of Hex larva started showing in the stomachs of fish i was cleaning, you got the idea the lake was primed for a big Hex hatch, and so it was. The hatch got going in late June and just kept pumping out yellow bugs, basically through the first two weeks of July then started tapering off through the end of the month, with a few bugs still visible into August. Needless to say, as usual the fish got frothed up and poured into areas that hold the hex beds, which provided us with a captive audience to present out baits to. Morning trips found fish left over from the previous night's hatch in those areas and the afternoon charters got fish moving into those same areas in anticipation of that evening's hatch that had yet to begin.

That brings us up to current days on the lake. There are still a few bug hatches that continue out on the lake but not nearly the bug load that is seen in spring and early summer. The bulk of the trout have transitioned back to their other favorite food source, the pond smelt. Pond smelt prefer the deeper cooler waters of the lake and therefore tend to pack up in areas along the east shore and peninsula. These have been the productive areas the last couple of weeks as cruising Browns and Bows hunt down the schools of smelt and gorge themselves. Considering the time of year and the warmer water and air temps, we have been having some spectacular results on mostly Rainbows up to 6+ pounds as well as Browns running anywhere from 3 to 8 pounds. There have been a few small salmon in the mix, these are the two year old ​fish which will mature for next year, although our first fish of the morning several days ago was a 23 inch class salmon which put up a fantastic fight. It looks like this late summer bite will continue with the fish hanging deeper until things start to cool down next month.

There are only a few days left available this month and a hand full of open days in September to get in on this Almanor action. Starting in late September/ early October I will be firing up the popular fall Eagle Lake trips and will be splitting my time in October between Almanor and Eagle. Don't miss your chance to get in on some of this exciting Trophy Trout fishing. Contact us today to reserve your dates. 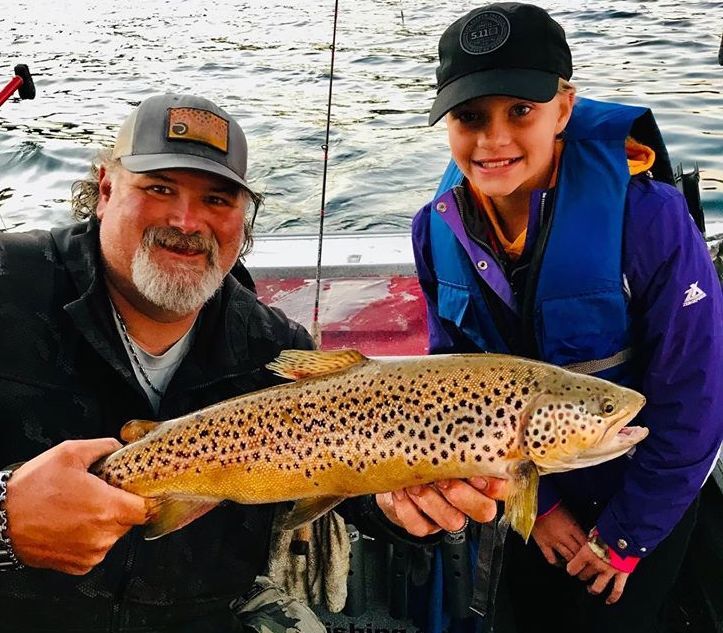 Starting The Morning Off At Lake Almanor With A King Salmon 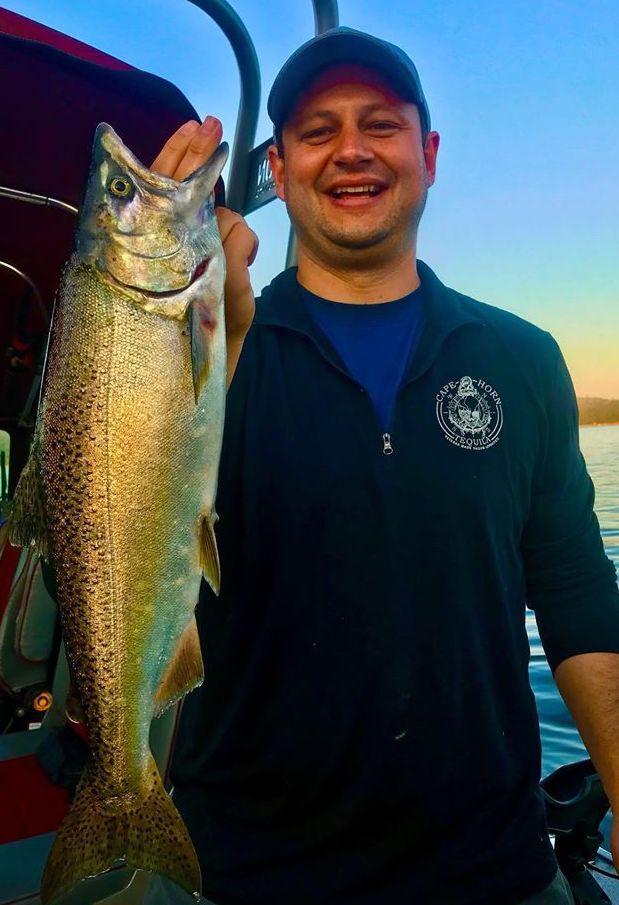 8-11-2020
Not many Kings in the lake this year but we started the morning off with a good one. #bigdaddysguideservice #kingsalmon #laketotable#lakealmanorfishing #lakealmanor #ruizing ...... Read More