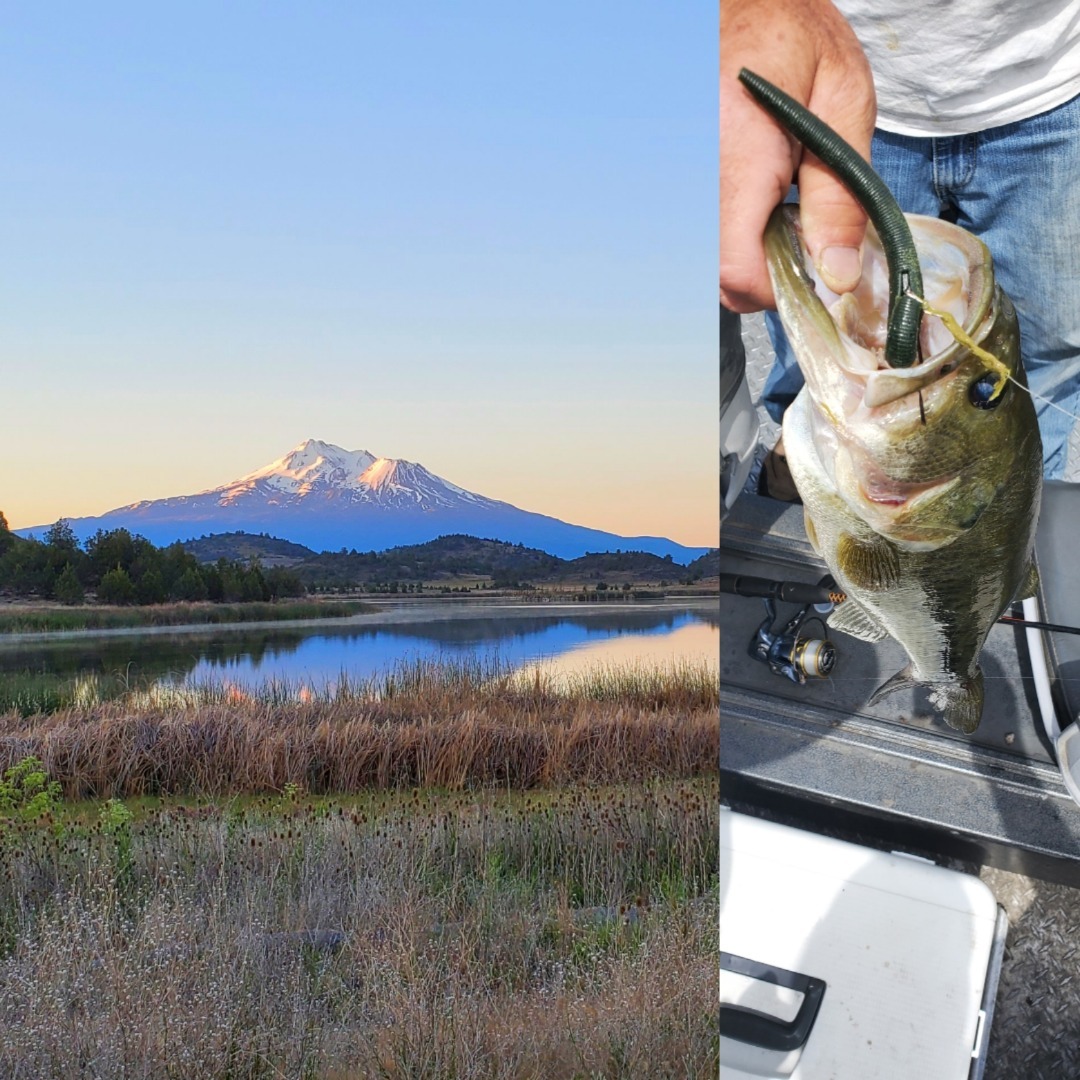 Shasta Valley Wildlife refuge is another jewel of Northern California and if you haven't experienced it, you should.

This little slice of heaven has been what I consider my backyard playground since I've moved to Montague in 1993. I have spent many wonderful hours fishing and hunting this refuge and it just never gets old. Driving out to either Bass or Trout Lake in the early morning hours an watching the sun rise with Mount Shasta in the background is something you just have to see. It is not something words adequately describe.

Trout Lake did not disappoint. The Bass were on fire and we easily had a 50 fish day. Most of the bass were in the 1 to 3 pound class with some bigger. The best Bass came late in the day and it was beauty 5 to 6 pound jumping fool. Smashing our weightless senko type bait once it hit the water. Anytime we saw a fish rise throughout the day and were able to cast near it, we landed a fish. The Bass were feeding like crazy on dragonflies all day.

No matter the size these fish had fight and put a serious tug on our equipment. These guys were smart and ran back into the weeds to try an get free and quite a few times were successful. Having tough braided line or at least 12 pound mono was key as the guys found there lighter set ups made it tough to get these bass out of thick cover. This of course is part of the fun. Weightless baby brush hogs were the bait of choice most of the morning and later in the dark 6 inch senko type baits took off.

Trout lake is only open 3 days a week and is primarily a catch an release fishery. There is a two Trout limit and a one Bass over 22 inch limit. That would be a very big Northern California Bass. I have been fishing Trout Lake for 20 plus years and have come close, 21 3/4 inches is my best. It is a great place period. 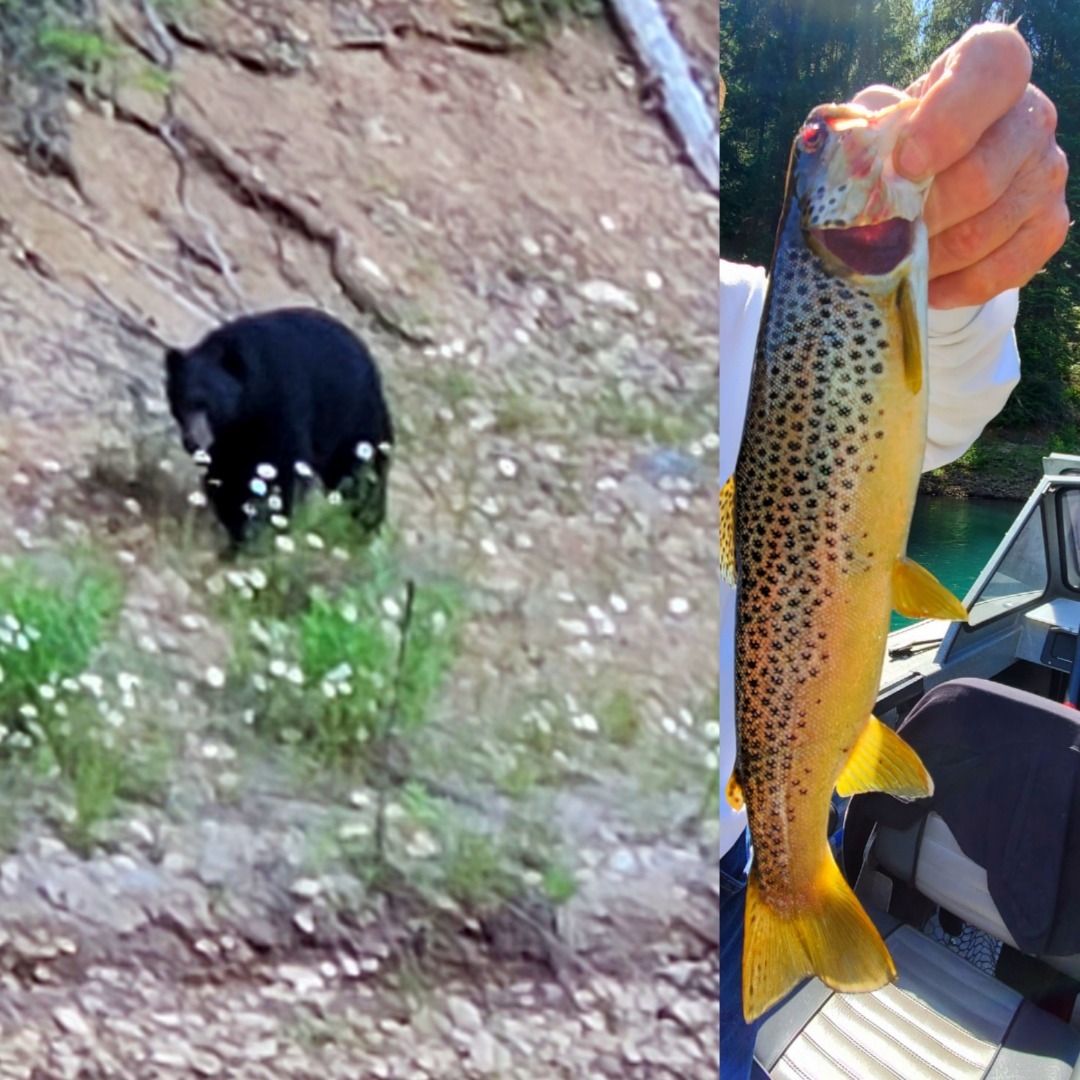 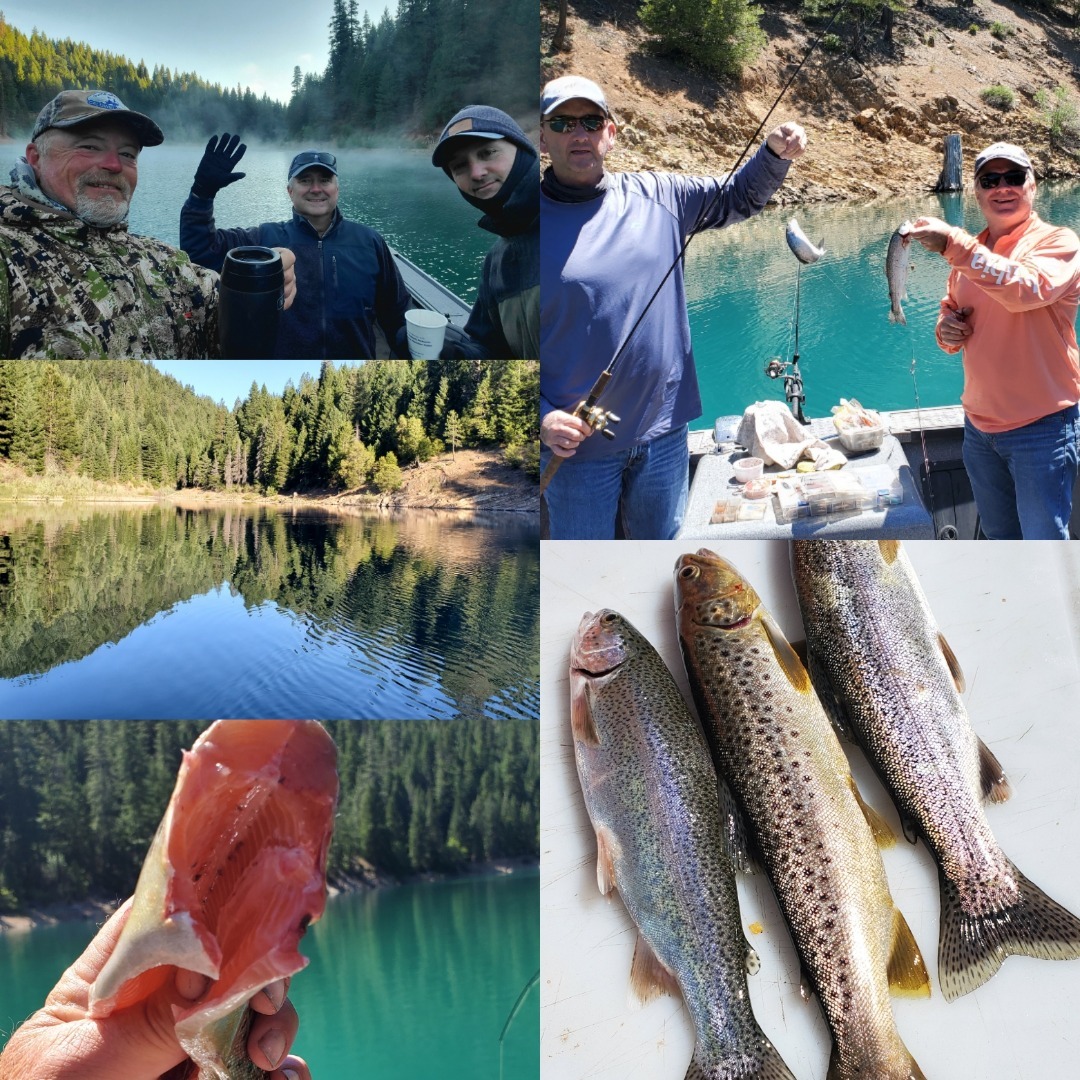 6-9-2020
It was a fantastic double digit day for both Dan and Rich on McCloud Reservoir today, brown and rainbow meat...... Read More