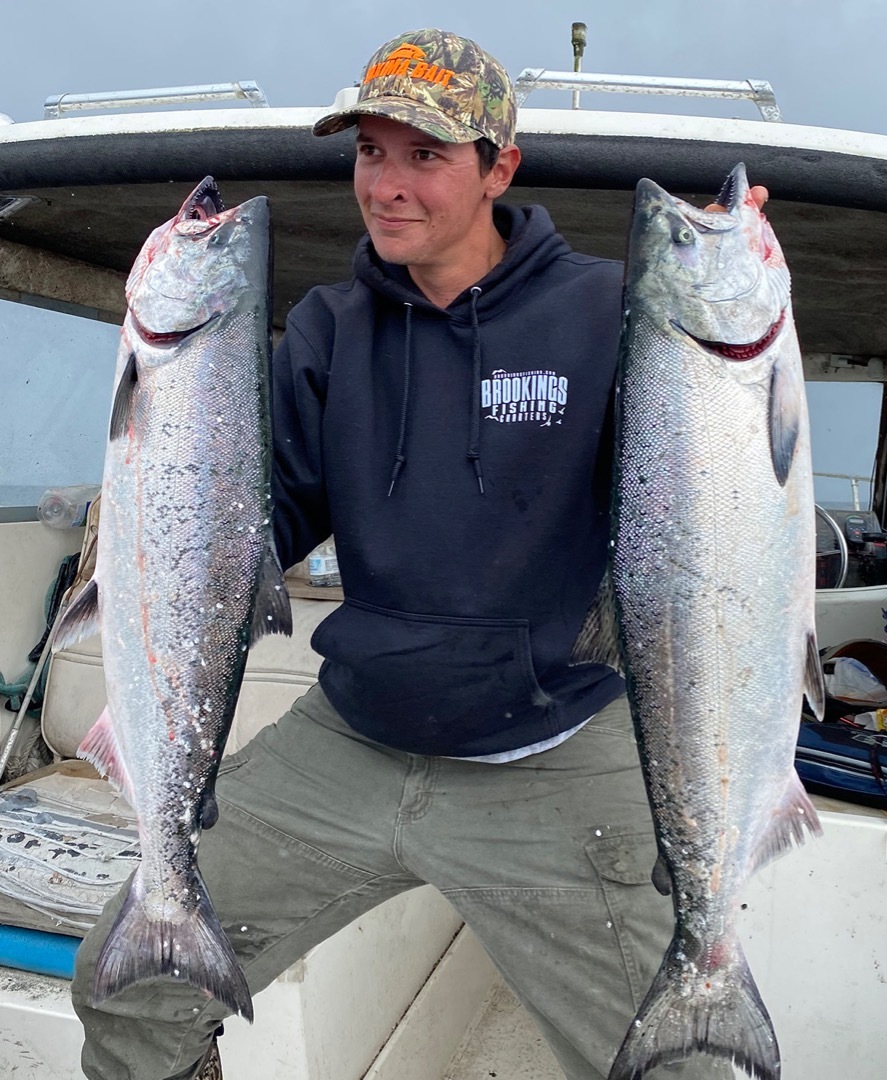 Prior to Saturday’s sport salmon opener, the ocean out front of Eureka was swarming with life. Lots of bait, piles of birds and favorable water temps. All of which typically indicate the salmon are close by. By Saturday, those signs had vanished, taking with it any hopes of a salmon bounty. A couple boats landed on some fish and managed to box limits of small salmon, but that was far from typical. Overall, it was disappointing start to what was supposed to be decent season. After watching the Bay Area boats load up on big kings daily and plenty of quality fish coming out of Shelter Cove, hopes were high. But it wasn’t meant to be. At least not yet. For all we know the fish could be out in deeper water, or they could still be making their way here. Crescent City had a good opener, so that’s encouraging. Until the kings arrive, halibut and rockfish will suffice.

Light winds and long period swells will continue through the weekend. Saturday’s forecast is calling for winds out of the S 5 to 10 knots and W swells 5 feet at 9 seconds. Sunday’s prediction is winds out of the N 5 to 10 knots and W swells 6 feet at 9 seconds. These conditions can and will change by the weekend. For an up-to-date weather forecast, visit www.weather.gov/eureka/ or https://www.windy.com. To monitor the latest Humboldt bar conditions, visit www.wrh.noaa.gov/eka/swan. You can also call the National Weather Service at (707) 443-7062 or the office on Woodley Island at (707) 443-6484.

EurekaAfter the first weekend, it doesn’t look like the salmon are here reports Tim Klassen of Reel Steel Sport Fishing. “Most of the fish caught were shakers, and it doesn’t seem like there’s many of those around either,” said Klassen. “The keepers caught over the weekend were small, most in the 22 to 24-inch range. Whatever signs of life we saw prior to the opener is gone now. There isn’t much bait, birds, and we haven’t seen any whales. It’s pretty lifeless, but the water temps are still good. Boats spread out over the weekend covering water from the Eel Canyon north to the 50-line and couldn’t locate any schools. Hopefully they’re around and we just haven’t found them yet. The Pacific halibut bite is really good right now, but the fish are mostly small.” With salmon being tough to come by, Skipper Tony Sepulveda of Shellback Sport Fishing has been making his way to the Cape daily in search of quality rockfish. “It’s been the usual deal,” said Sepulveda. “Limits of lingcod to 25 pounds and rockfish the size of basketballs.  Lots of reds, coppers and canary. And in the middle of a great stretch of weather too.”

“The salmon opener out of Trinidad was similar to Eureka – a few small kings around,” said Curt Wilson of Wind Rose Charters. “I’ve only heard of a couple caught since the weekend. The Pacific halibut action is still really good, with just about everyone getting limits up to 20-pounds. Rock fish have been on the bite at Redding Rock, with lots of variety and lings up to 40-pounds. The sport crabbing is spotty, but we’re getting limits or close to it every trip.”

Shelter Cove
According to Jake Mitchell of Sea Hawk Sport Fishing, the salmon bite has slowed way down the last few days. “There was a decent amount of fish caught on Saturday, but it has dropped off to nearly nothing last couple days,” said Mitchell. “Most of the effort has been right around the whistle, but boats have been spreading out the last couple of days looking but didn’t find anything.  The rockfish action at Rogers Break is still excellent and the lingcod bite has really picked up.”

There were a few nice kings caught on the opener, but it wasn’t stellar reports Britt Carson of Crescent City’s Englund Marine. He said, “A few boats were able to score limits of salmon, and some decent size fish were caught. Overall, it seems the fish are really spread out and there’s lots of shakers around. Boats have been looking from 175 out to 300 feet of water. The rockfish bite continues to be good, with easy limits including lings. A few small pacific halibut have been caught, but the California’s have yet to show.”

Brookings
Anglers fishing out of Brookings are catching limits of rockfish and some lingcod as they wait for the June 20 salmon opener on the Oregon side of the border reports Andy Martin of Brookings Fishing Charters. He said, “Lots of bait schooled up near the harbor combined with promising reports from Crescent City have Brookings anglers optimistic about the opener at the end of next week.”

Lower Rogue
The first few salmon have been caught in the Rogue Bay according to Martin. “It is still early, and fishing is slow, but a few kings are holding in the bay. The water at the tips of the Gold Beach jetties is extremely shallow, as low as 2 feet during the minus tide. Bar conditions have been extremely rough all spring. The dredge will arrive in July. Moss is making spring salmon fishing tough upriver,” added Martin.

Send in your fish photos

Land a big salmon or halibut lately? Or maybe your friend or relative has reeled in their first perch. Email your fishing photo to [email protected] and I’ll run them with the “Fishing the North Coast” weekly column and also post them on the digital version on times-standard.com. Just include the name of the person in the photo, where and when it was taken and any other details you’d like to share. 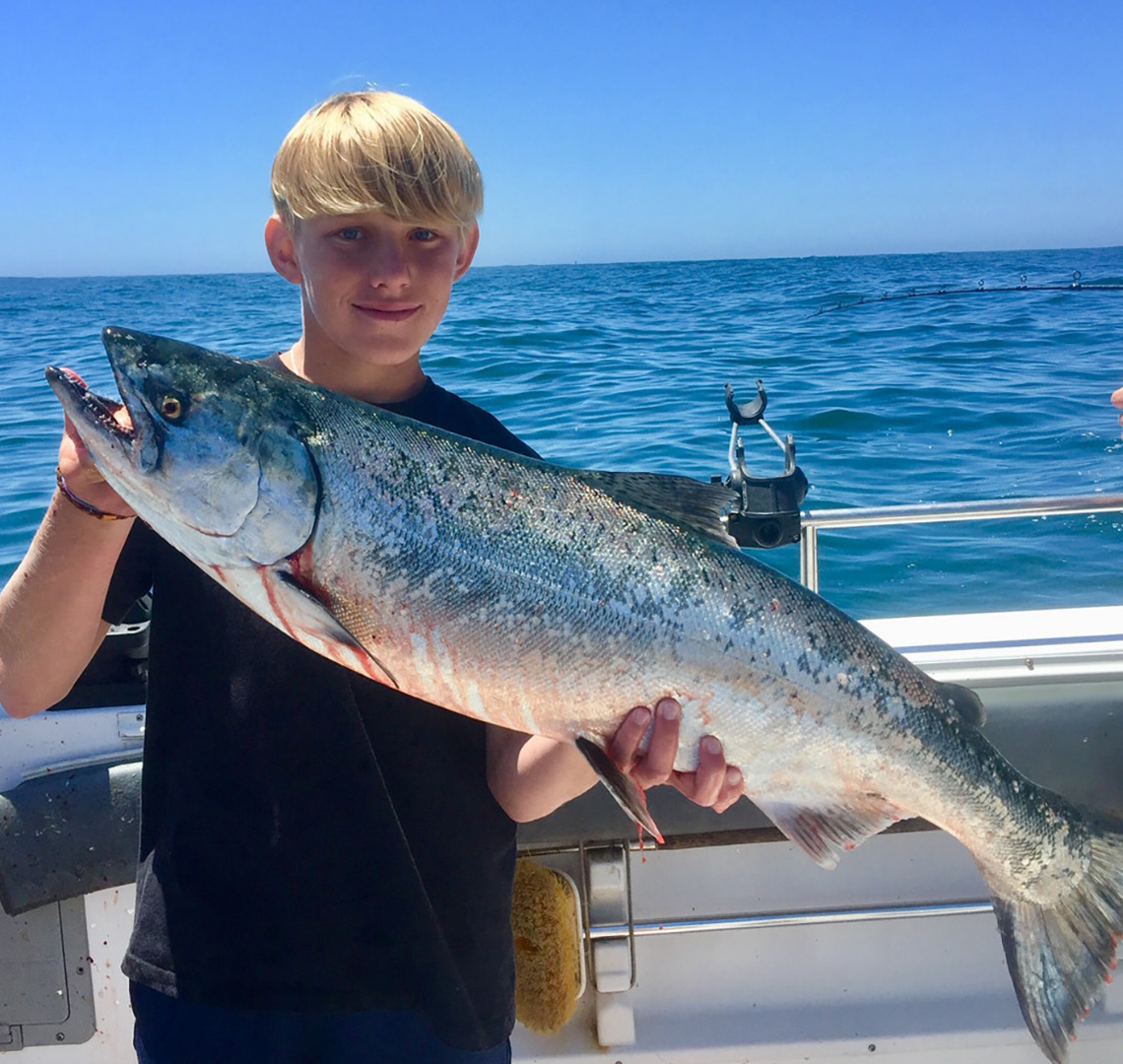 6-4-2020
The crown jewel of our ocean fishing season will kick off on Saturday, and it couldn’t come at a better...... Read More 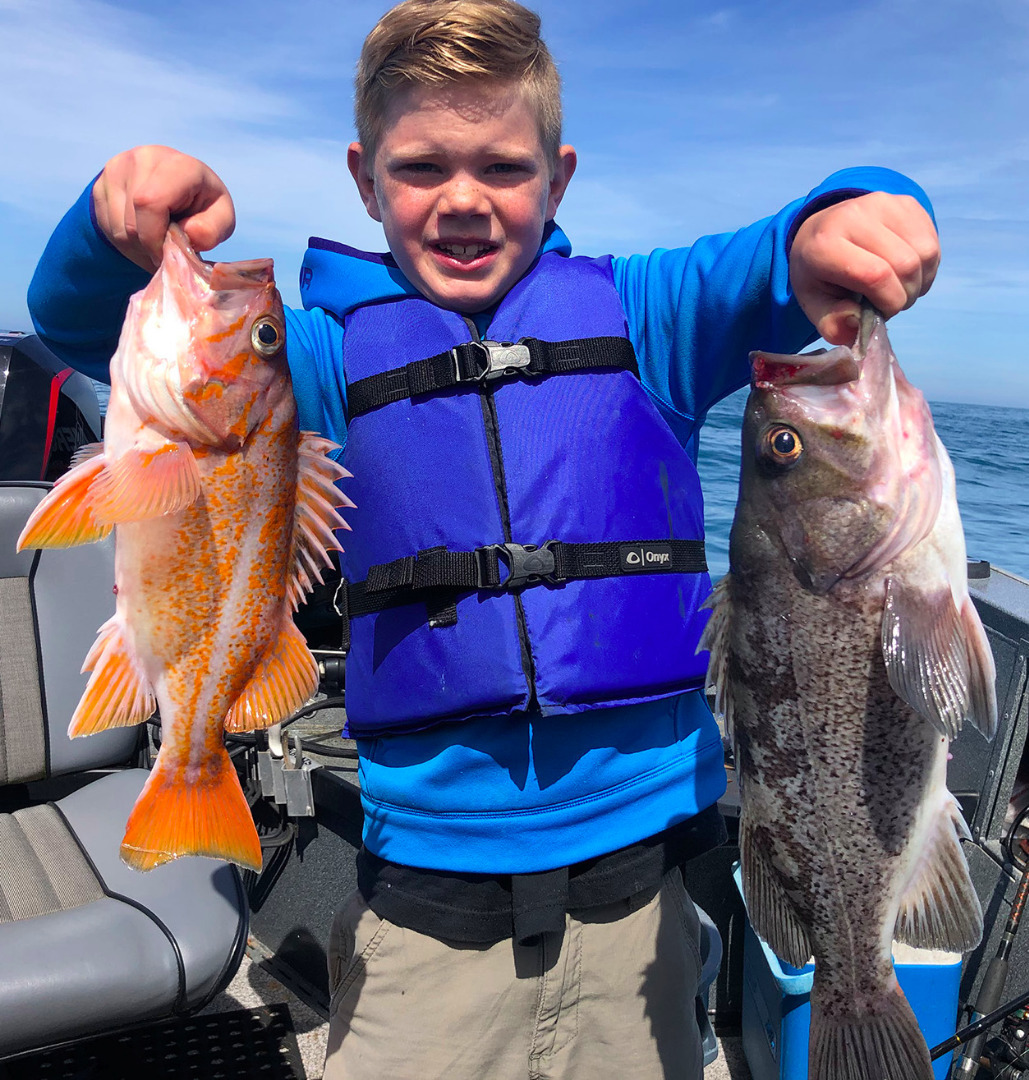 5-28-2020
It was a very quiet holiday weekend, especially for the boats that wanted to head offshore. The north wind was...... Read More