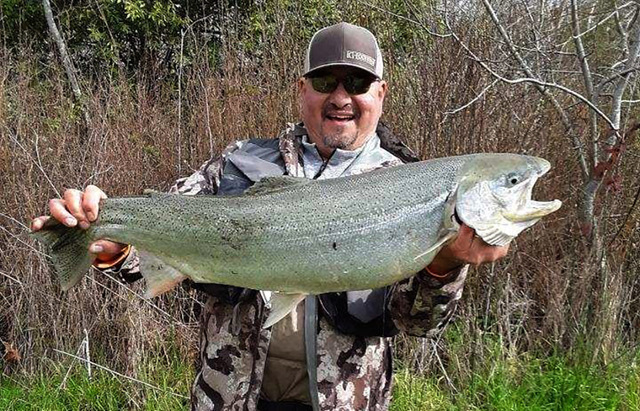 After hearing the news a couple weeks ago regarding the adult Chinook salmon returns to the Klamath last fall, we knew this year’s ocean abundance numbers wouldn’t be good. And that was confirmed at last Thursday’s annual Ocean Salmon Information meeting in Santa Rosa, where CDFW suggested only 186,600 Klamath River fall Chinook adults are said to be swimming in the ocean. These numbers are lower than the 2019 forecast of 274,200. The one bit of good news is this year’s preseason abundance is higher than last seasons postseason estimate of 156,244. To simplify, more fall adult salmon are predicted to be in the ocean in 2020 than the postseason estimate confirmed for 2019, which hopefully is a step in the right direction. Regardless, the low ocean and river numbers will likely result in reduced fishing opportunity in the areas north of Pt. Arena.

The CDFW also predicted that in the absence of fishing, 48,274 natural area spawners will return to the Klamath this fall, which is slightly higher than the actuals from 2019 (37,270). This number doesn’t include the hatchery returns or the returning spawners to the upper Klamath tributaries. This potential spawner abundance forecast applied to the KRFC control rule results in an allowable exploitation rate of 25 percent, which produces 36,206 natural-area adult spawners. This could potentially leave 6,034 adult salmon to be split between ocean commercial, ocean sport, and in-river harvest. Though not confirmed as of yet, we may be looking at a roughly 900 adult salmon quota for the Klamath and Trinity.

Over on the Sacramento, the numbers are trending upwards. The 2020 preseason ocean abundance is forecasted to be 473,200. In 2019, the forecast was, 379,632, while the postseason estimate came in higher at 505,500, which was 133 percent of the preseason forecast.  Another bit of good news on the Sac is the adult escapement. Regulations adopted in 2019 were expected to result in 160,159 hatchery and natural area adult spawners. Postseason estimates showed an escapement of 162,532 hatchery and natural area adult spawners.

What the PFMC chooses to do with these forecasts will be determined in the next couple of months. Up next, the PFMC is meeting March 3 through 9 in Rohnert Park, CA. The Council will determine if any in-season action for fisheries scheduled to open in April is needed. They will also craft three regulatory alternatives for ocean salmon fisheries in effect on or after May 1. Final alternatives for public review will be adopted on March 9. For information on the meeting, visit, https://www.pcouncil.org. To view the salmon preseason process, visit https://wildlife.ca.gov/Fishing/Ocean/Regulations/Salmon/preseason

PFMC public hearing coming to Eureka A public hearing on California ocean salmon will be held at the Red Lion Hotel, 1929 4th Street, Eureka on March 24, 2020 at 7:00 p.m. The Pacific Fishery Management Council will receive comments from the public on the three California ocean salmon fishery regulatory alternatives adopted by the Council in March. More information is available at www.pcouncil.org.

Mad River Steelhead Derby wrap up
The NCGASA Mad River Steelhead Derby concluded on Feb. 29 with more than 20 registered anglers entering a measured hatchery steelhead photo into the contest. Mad River Steward volunteer angler Richard Burrow submitted the biggest steelhead, measuring 35.75 inches in length from nose to fork of the tail. Burrow will receive a $500 prize from the non-profit organization, NCGASA.org at the Derby Awards party. The awards party will be held this Saturday at Six Rivers Brewery starting at 5 p.m. There will be a slide show of anglers and their catches, silent auction, raffles and giveaways for all who participated in this inaugural event. A $10 donation is requested to cover the food costs. NCGASA would like to thank their premier sponsors: Lithia Eureka, Coast Central Credit Union, RMI Outdoors and HASA.

Weather ahead
“We’re starting to see a slight change in our pattern where the ridge of high pressure has weakened slightly and has started to move westward, allowing for storm systems to move into our area,” said Kathleen Zontos of Eureka’s National Weather Service. “We’re not expecting any big storms that will impact the rivers in the next few days. We will see a system move into the area on Friday afternoon and into Saturday. Rainfall totals in the Smith basin will be from a quarter to a half inch. In Humboldt, we may see up to a quarter. Rainfall amounts will be less as you move south. Locally next week is looking dry. There is however, a potentially wetter system for next Friday and Saturday that could bring more widespread rain, with accumulations likely under an inch. The confidence in this storm is low as it’s still quite a ways out there.”

Brookings ocean report
Lingcod and rockfish have been biting well out of Brookings when the weather allows boats to get out according to Andy Martin of Brookings Fishing Charters. He said, “Big swells and northwest winds have kept boats in the harbor since late last week. Lingcod and rockfish are open year-round in Oregon. Surfperch are biting well from the Southern Oregon beaches.

The Rivers:
Southern Oregon
Low, clear water continues to make fishing tough on the Chetco, but steelhead are being caught on the lower end by the first few boats to float down reports Martin. “There are still a lot of hatchery fish between Loeb Park and Social Security Bar, but they are challenging to catch with flows already near early summer levels. Few boats are fishing the upper river because of low flows. The Rogue, Elk and Sixes also have slowed because of low water. Spring salmon will arrive soon on the Rogue, likely after a decent rain. The Elk and Sixes are now practically too low to drift, said Martin.

Smith River
The Smith is extremely low and clear, running at 1,130 cfs on the Jed Smith gauge as of Wednesday. Boat pressure has been light as most have moved to other rivers, but there were a few fish caught last week. When we do get some rain, the fishing should bust wide-open as the downers are all waiting for some water. A slight bump in flows is predicted for Saturday, but probably not enough to change the current conditions.

Eel River (main stem)
Down to just about 1,000 cfs as of Wednesday, the main Eel is still a decent option for fresh steelhead. The river is clear, and you’ll likely need to drag your boat in multiple spots, but there are fish around. Bobbers or plugs are your best options.

Eel River (South Fork)
The South Fork is down to 277 cfs as of Wednesday, and reports have been hard to come by. It’s definitely low and clear, but there are still fish holding in some of the deeper spots and places with broken water. If you’re looking for a place to fly fish, conditions are still good.

Van Duzen
The Van Duzen is down to roughly 100 cfs. and should be good for bank and fly anglers. Like the rest of the coastal rivers, a fair number of fresh steelhead are still being caught.

Mad River
Despite the low, clear conditions, plenty of fresh steelhead are still being caught. A good number of fish remain spread out through the river, but more are being caught on the lower end. The fish are holding in the deeper holes and slots, and guys fishing stealthy with bobbers or plugs are doing well. 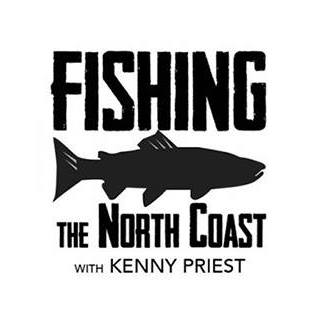 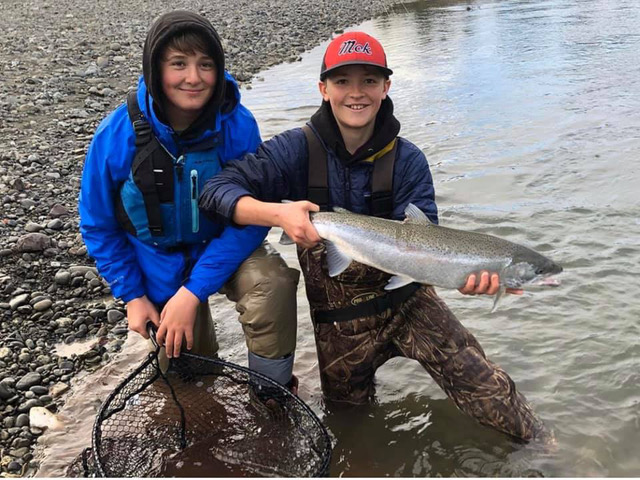