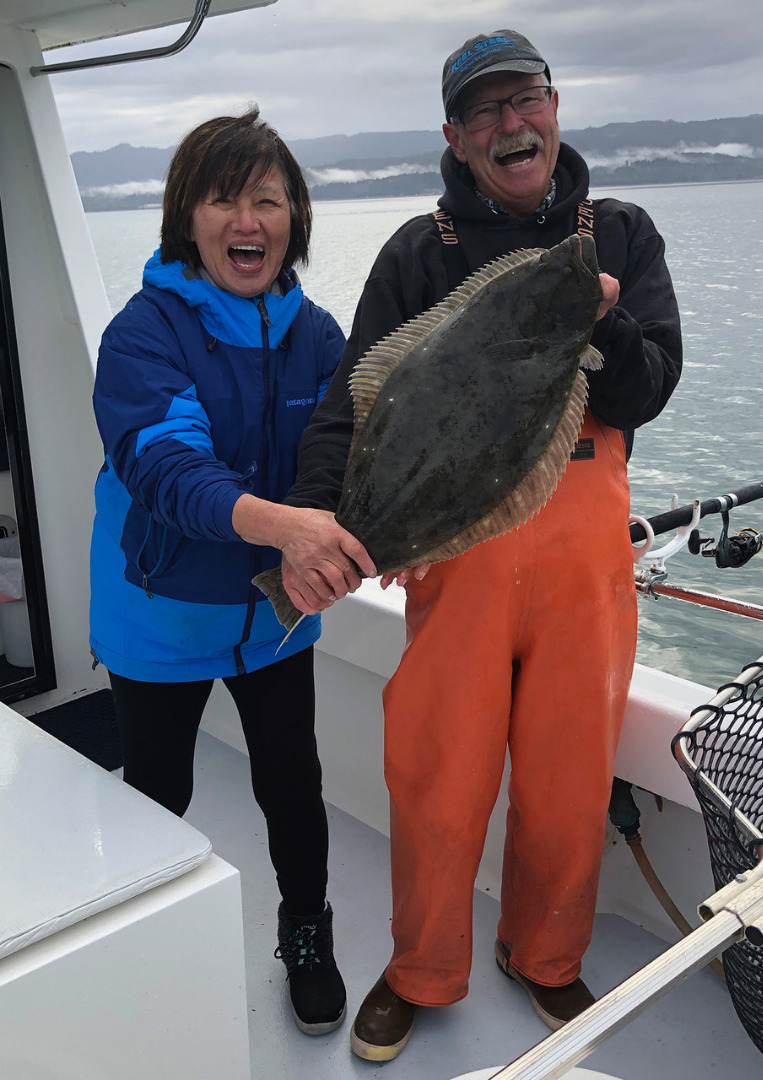 If you thought the California halibut season was over, you might want to rethink that. While the swells are too big to get offshore, and the rivers are too low to fish, Humboldt Bay just keeps producing. According to Tim Klassen of Reel Steel Sport Fishing, who fished the bay a couple times last week, there’s plenty of fish around to make for a great day. “The fish aren’t in every spot like they were earlier in the year, so you may have to hunt around a little to find them,” said Klassen. “We’ve had some good success in the middle channel just above the bridge. The fishing should continue to be excellent as there’s still plenty of bait in the bay, which should keep the halibut close by.” According to Klassen, about the only thing that can slow the bite is the rain. Once the freshwater infiltrates the bay, both the halibut and the bait will likely head back to the ocean. The recreational fishery for California halibut is open year-round. The daily bag and possession limit is three fish, with a minimum size limit of 22 inches total length.

No rain in sight
We’re looking at dry weather at least through early November according to Kathleen Zontos of Eureka’s National Weather Service. “A ridge of high pressure continues to sit off our coast, which is moving systems to the north. As of now, there isn’t any rain forecasted through the first week in November,” Zontos added.

Focus group study seeks participants
The NNC is recruiting participants for focus group studies as part of a research project with NOAA about the use of National Weather Service flood forecast and warning tools. Nurture Nature Center (NNC) is a Pennsylvania-based nonprofit organization with a focus on flood issues, and has been working with NWS to help improve its flood forecast products. The focus groups, one for Humboldt County residents and the other for water resource and emergency management professionals, will help inform product recommendations to improve the display and delivery of forecast information in the region and nationally. The meeting for water and emergency professionals will be held from 10 a.m. to noon on Monday, November 4 at the Humboldt Bay Aquatic Center. The meeting for residents is Monday, November 4 at the Humboldt Bay Aquatic Center from 6 p.m. to 8 p.m. Participants should live or work in the Humboldt County area and be at least 18 years of age. To participate, contact Rachel Hogan Carr at [email protected] or 610-253-4432 for more information. You can also register online at www.focusonfloods.org

Shelter Cove
Rockfish remain the focus for the few still fishing out of the Cove according to Jake Mitchell of Sea Hawk Sport Fishing. He said, “Rock fishing was good around the Old Man the couple days I went. We’re starting to see some nice ling cod move in on the reef. I didn’t hear of any salmon caught this week and only heard of one boat trying.”

Brookings
Ocean fishing has been fair out of Brookings, but a big swell and northwest winds have limited the window to fish early in the morning reports Andy Martin of Brookings Fishing Charters. He said, “We ran trips Monday and got limits of rockfish and a few lingcod, but had to run up the coast to Mack Arch.

The Department of Fish and Game will make the information available to the public no later than 1 p.m. each Monday, Wednesday and Friday as to whether any river will be closed to fishing. The rivers can be opened up at any time. The low flow closure hotline for North Coast rivers is (707) 822-3164.

Lower Klamath
A few fish are still being caught at the mouth, but the effort has dwindled. Same can be said for upriver where a total of four adult salmon were caught last week. Through Oct. 21, 2,473 adult kings have been harvested towards the quota of 3,819, leaving 1,346 left for harvest. The spit fishery still has plenty of fish to catch as well. Anglers have harvested 718 adult kings below the 101 bridge, leaving 427 left to catch. Anglers may keep track of the Klamath and Trinity river quotas by calling 800-564-6479.

Smith
Enough rain fell late last week to open the Smith River to fishing last Friday. Reportedly, fishing was slow on the lower river although a few fish were caught. Most of the fish landed were on the small side. The river closed on Tuesday morning, and with no rain in the forecast, it probably won’t open again until sometime in November.

Chetco
The Chetco estuary slowed with higher water, which is allowing salmon to move into the upper tidewater according to Martin “Fishing should improve as the river drops. Tides are ideal this week, with an incoming in the morning. A few salmon were caught early in the week on the Rogue Bay,” added Martin.

Rain on the way, Smith could open 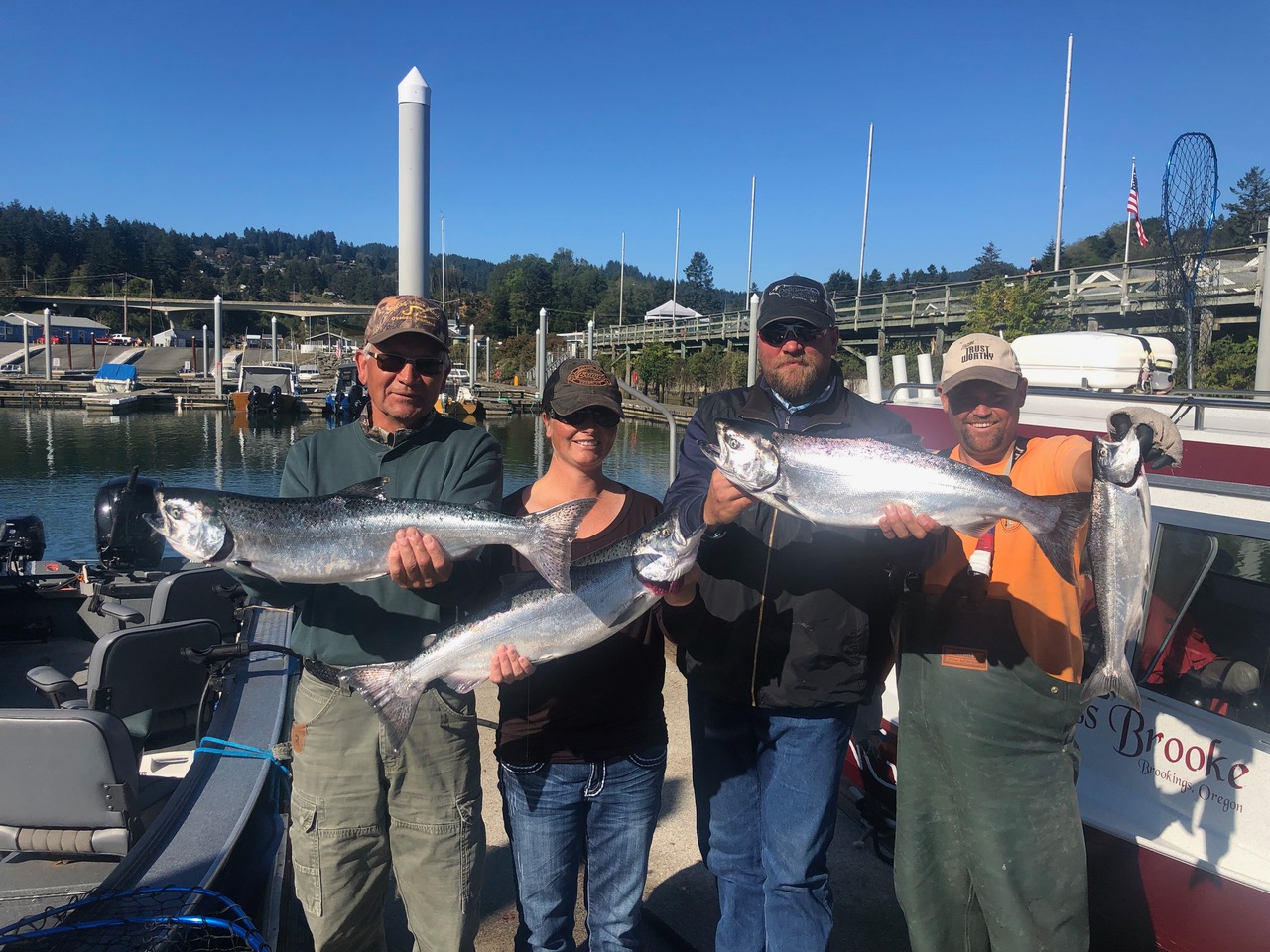 Fishing the North Coast: Fisheries Roundtable to Be Held This Saturday 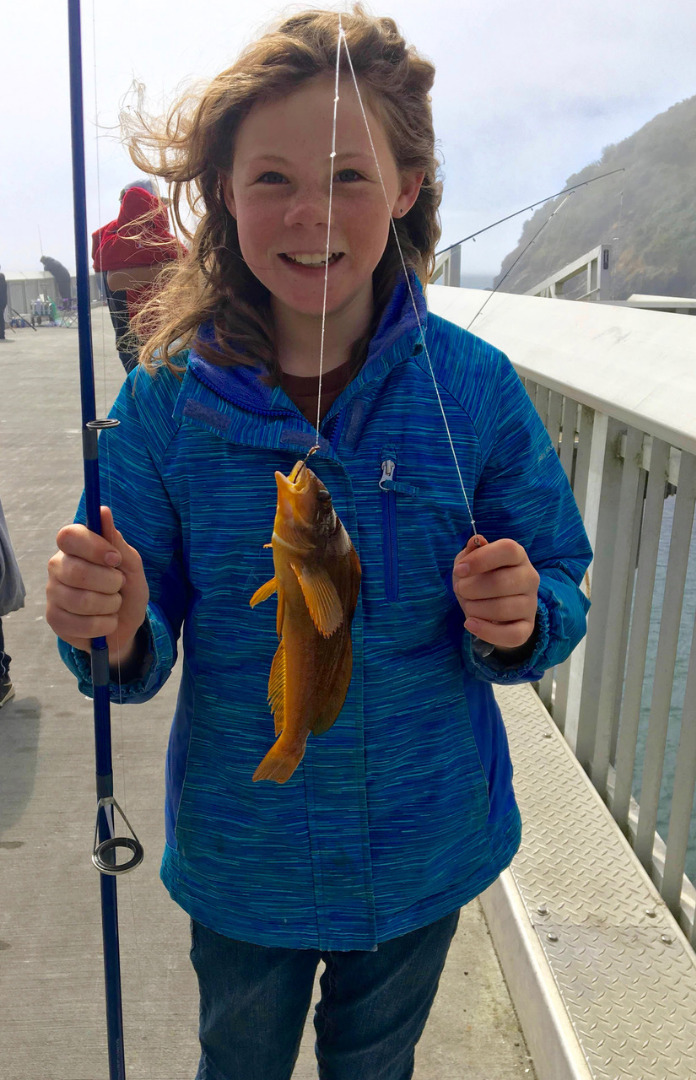