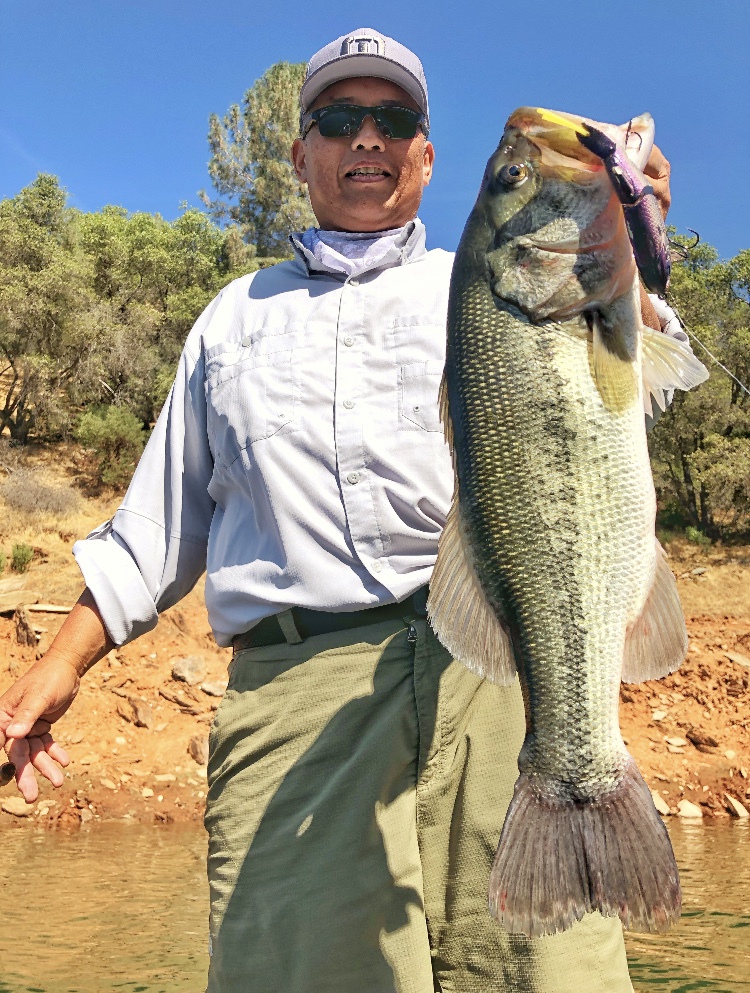 New Melones Reservoir's current lake level is 1054.75 and 33.25 ft. from full. The water level on New Melones has dropped 9" in the last 30 days. Water temperature is still hovering in the 70 degree range. Water clarity is good. New Melones Lake Marina is soon to close for the season with the houseboats and covered docks being towed to more protective coves for the season. It's not clear why the Bureau of Reclamation has Angels Cove launch ramp closed so early in the season but all docks are out of the water and the gate is closed to the ramps. Bureau of Rec.: 209-736-4333 The fish cleaning station remains closed at Angels Cove with water line breaks interfering with operations.

TROUT
With water just beginning to cool, the trout bite will be on and off, just put some time in on the water, trying different lures, and find what works. Locate the shad bait balls on the lake where you'll find most of the predator apex fish prowling thru the schools of bait.

BASS
Reports from New Melones bass anglers of recent have indicated more of a  challenge this last week, with a slow bite and low bag weight preceding the BBT tournament. Not to disregard the few who have been successful at landing 5-8 lb. bass, most of these coming from topwater and swimbait action.

Glory Hole Sports has just restocked Huddleston's, ABT, and Defiant Swimbaits as well as topwater lures, with 30 different styles to choose from.

CATFISH
Glory Hole Sports annual CATFISH CONTEST is into it's third week of the contest and thus far we have had a number of contestants weighing in their catch from 5- 8.98 lbs.
Leave it to Jonny to show'em how to land lunkers... just fishin right there in houseboat row guys and gals, he reeled in this estimated 20 lb. beast. (Lucky for our Catfish contestants he's not in the contest!) Thanks for sharing Jonny!     (I think he used an ice cream sandwich for bait)

CRAPPIE
No reports of Crappie.

Melones lake is in the midst of the summer to fall transition and it's not always the easiest time to catch bass. With the fish and bait on the move from their summer haunts to fall areas, it can be hard to locate fish, let alone catch them. They can also become finicky with the weather bringing cold mornings down to the 40's and high's in the 80's. Currently I have been doing a lot of junk fishing, from rip baits, drop shots and Alabama rigs to jigs, Swimbaits, dart heading worms and jigs. I have two patterns to locate fish right now, either find it or get as far away from it as possible. When we find fish on bait I always try starting with reaction shad imitations like top water, crank baits, rip baits and typically progressing to finesse, drop shots or Ned rigs. When we aren't around bait the drop shot, dart head, or jig have been best. Keep an avid eye out for the fish chasing bait in open water on the main lake as it has been productive for numbers and a few better fish as well. As we continue into fall the bite will inevitably pick up and stable out. Continuing through fall I will be chasing the fish on bait and Swimbait fish. The Swimbait bite isn't wide open by any means but is there if you stick to it!

"Take it to the Limit Guide Service"

We put this nice 5.5lb in the boat along with two 2.5 lb on Melones about a week ago.
You have to put your time on the water to put nice bows in your boat but it's worth it.
The surface temp. is cooling down with the cooler nights and the big bows should start working the way toward the surface more. As of now the bows seem to be from 80' to 50', when the water cools the fishing should even get better with the bow being in the top 20' of water.
We are seeing schools of shad all over the lake and  at different depths and when you find the shad work that area. We've been trolling about 2.8 mph using different types of spoons in blue in the main lake. 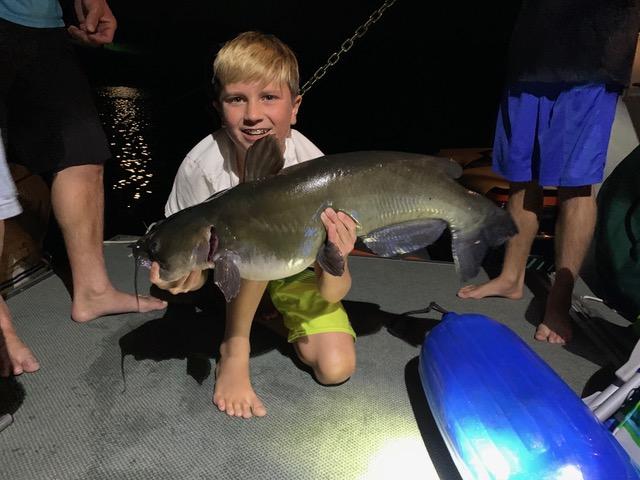 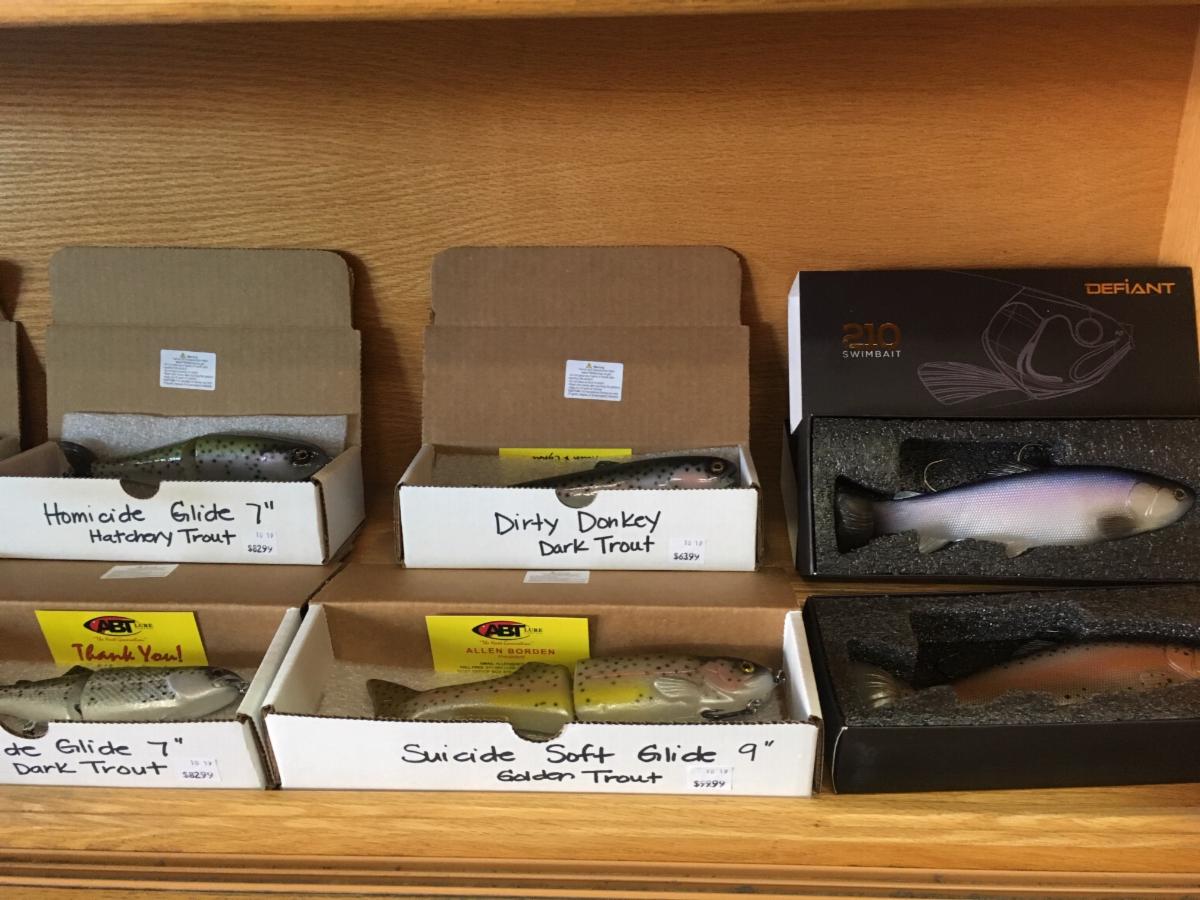 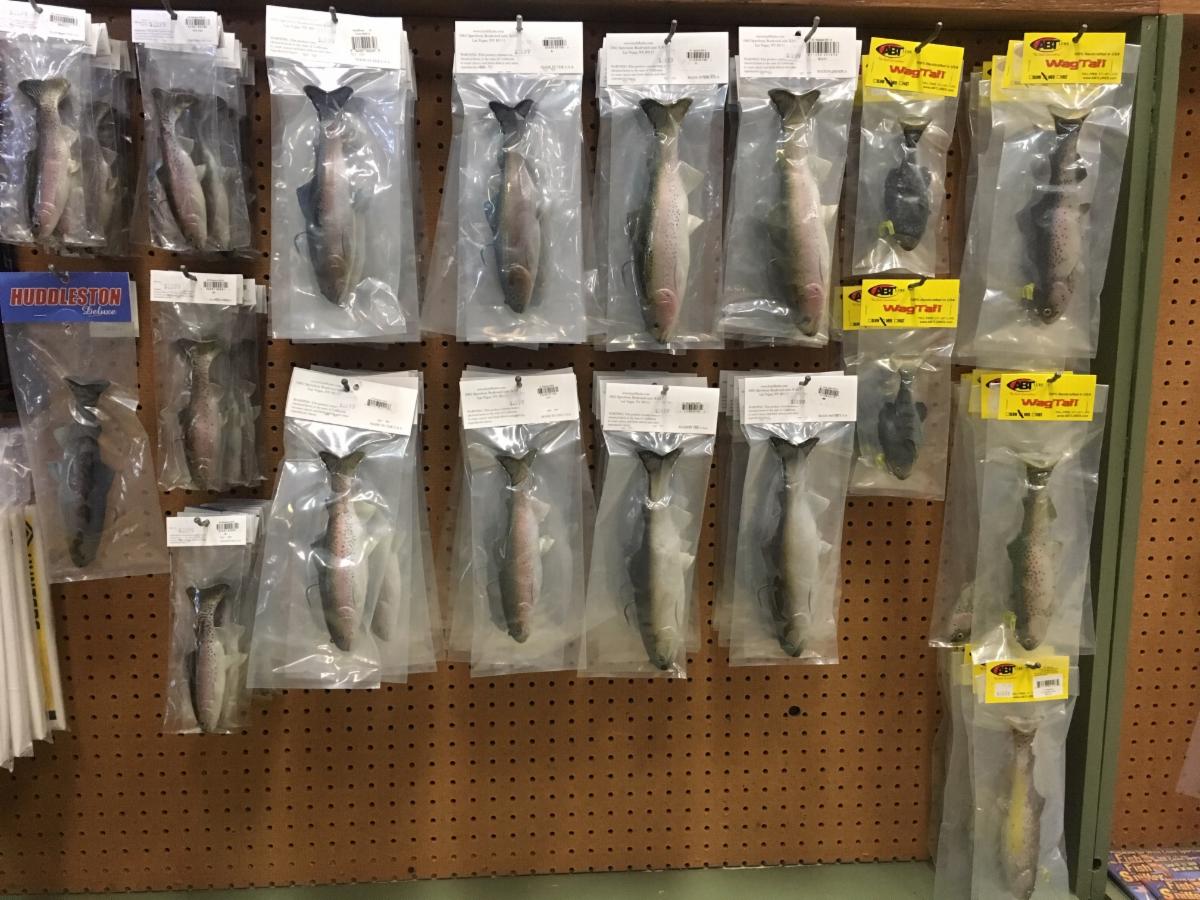 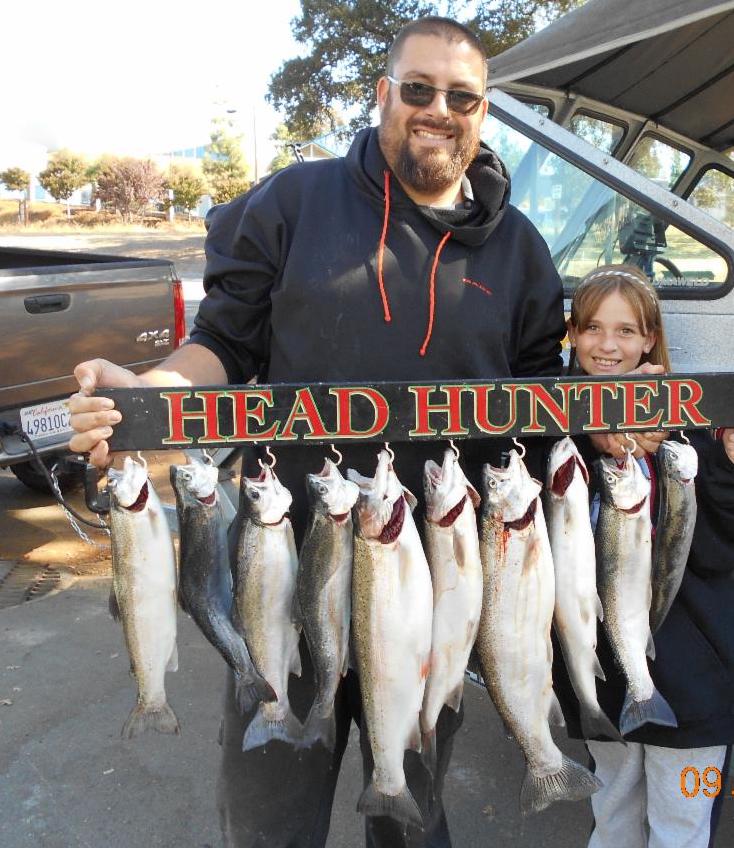 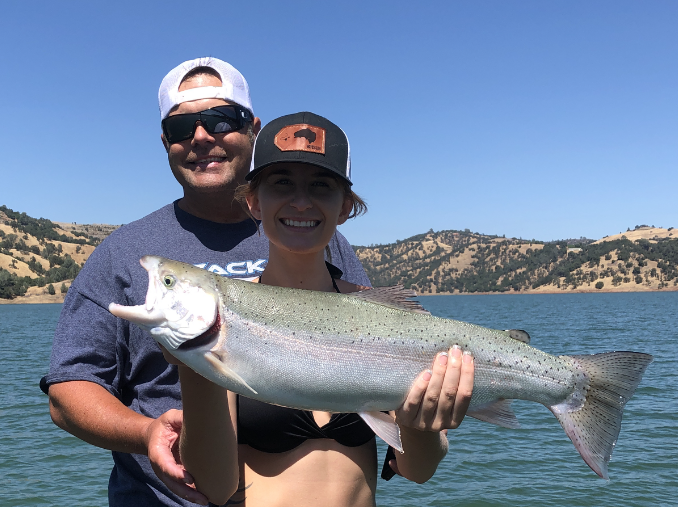