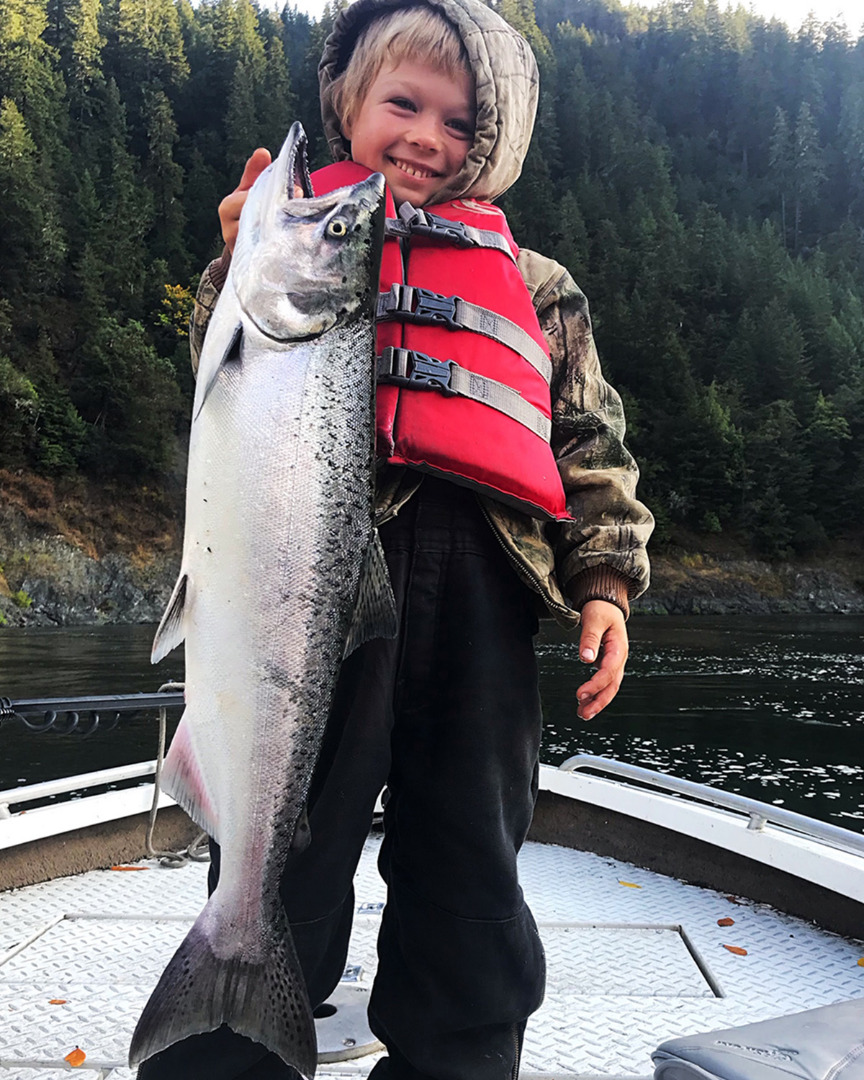 Six-year-old Hiram Johnson of Rio Dell had himself quite a day on the Klamath River on Monday. The young angler bagged his limit of king salmon and also landed a couple steelhead.
Photo Credit: Photo courtesy of Tony Sepulveda/Green Water Fishing Adventures

If you want action, the Klamath River has plenty to offer at the moment. The fishing has been pretty spectacular for almost two weeks now, and it doesn’t look to be slowing down any time soon. In fact, it could be quite the opposite. Currently, the river is plugged with jacks (two-year-old male salmon) as well as adult steelhead. And there’s a good mix of small adult kings around now too. But with over an inch of rain this week, this could really entice the bulk of the run to make their way in from the salt. Historically, the adult salmon have followed the jacks into the system. If history repeats itself, the best fishing could still be yet to come.

Klamath River quota update
According to Dan Troxel, an Environmental Scientist on the Klamath River Project, we are roughly 41 percent of the way through the sub-area quota for closure at the mouth, and 35 percent through the entire lower river quota. Through Sept. 16, 1,329 adult salmon have been harvested from the Hwy. 96 bridge at Weitchpec to the mouth towards the lower river quota of 3,819. Of those, 468 adults were caught below the Hwy. 101 bridge, leaving 677 adult salmon left to catch below the 101 bridge prior to the spit fishery closing. Only the spit area will close to fishing once this quota is met, fishing will remain open upriver of the spit until the 3,818 quota is met. The lower river, from the Hwy. 96 bridge at Weitchpec to the mouth has roughly 2,490 adults remaining for sport harvest. Once the quota has been met, anglers may still retain a limit of Chinook salmon under 22 inches in length. Anglers may keep track of the Klamath and Trinity river quotas by calling 800-564-6479.

Weekend marine forecast
Pacific high pressure will build along the coast and will result in northerly winds and steep seas increasing late Thursday and lingering into Saturday. Friday’s forecast is calling for winds out of the N 5 to 15 knots with N swells 7 feet at 7 seconds. Saturday looks a little better, with N winds 5 to 15 knots and N swells 6 feet at 6 seconds and NW 4 feet at 13 seconds. Sunday the winds will be from the NW 5 to 15 knots, with NW swells 8 feet at 9 seconds. These conditions can and will change by the weekend. For an up-to-date weather forecast, visit www.weather.gov/eureka/ or https://www.windy.com. To monitor the latest Humboldt bar conditions, visit www.wrh.noaa.gov/eka/swan. You can also call the National Weather Service at (707) 443-7062 or the office on Woodley Island at (707) 443-6484.

The Oceans:
Eureka
Tuna continues to dominate the saltwater effort out of Eureka. At the moment, there’s warm water to the south of Eureka roughly 25 miles and the same distance to the north. Boats went both directions last Sunday, with the northern boats scoring big and the south boats not so much. “We were one of the boats that went south and the fishing wasn’t great,” said Tim Klassen of Reel Steel Sport Fishing. “There was a commercial boat about five miles outside of us, and they were doing good. So, there’s fish out there. The weather doesn’t look good for the next few days, but the warm water looks like it’s going to stick around. In the past, October has been a good month for tuna, and it’s shaping up that way again this year,” Klassen added. There hasn’t been much, if any, effort on rockfish or Pacific halibut. Through Sept. 8, the Pacific halibut quota is at 16,819 net pounds towards a quota of 39,000 net pounds.

Shelter Cove
Rock fishing was great this week, but the ling cod are tough to come by if you want to get limits reports Jake Mitchell of Sea Hawk Sport Fishing. He said, “I mainly fished down off Bear Harbor for rockfish this week. The tuna fishing remains excellent. Monday and Tuesday, we fished down off of Fort Bragg for 20 and 29 fish. There isn’t much effort on salmon, we tried for a couple of days and got blanked. I did hear of a couple caught this week, one at the bell and one at the Hat. The California halibut bite has been decent in on the beach lately as well.”

Brookings
Strong winds and choppy seas kept boats in port this week at Brookings reports Andy Martin of Brookings Fishing Charters. “Before the stormy weather, a few Pacific halibut were being caught, along with plenty of lingcod and rockfish. The weather looks ok for the weekend, although the swell will be modestly big,” added Martin.

The Rivers:
Lower Klamath
The rain brought the flows up just enough to put the fish on the move reports guide Mike Coopman of Mike Coopman’s Guide Service. “The weather has been very influential the past few days. With the rise, the fish are now moving quickly through the system. The rise also brought in some more adult kings to go along with all the jacks and steelhead. Typically, we’ll see the main push of adults follow the jacks in, so there’s a good chance that the best fishing is yet to come,” Coopman added.

Lower Rogue/Coos
“Salmon fishing cooled down on the Rogue, although some nice adults and a few jacks are still being caught,” said Martin.  “Now is the time to fish the Grants Pass are before the river there closes at the end of the month. Salmon fishing has been fair to good on the Coos and Coquille Rivers.” 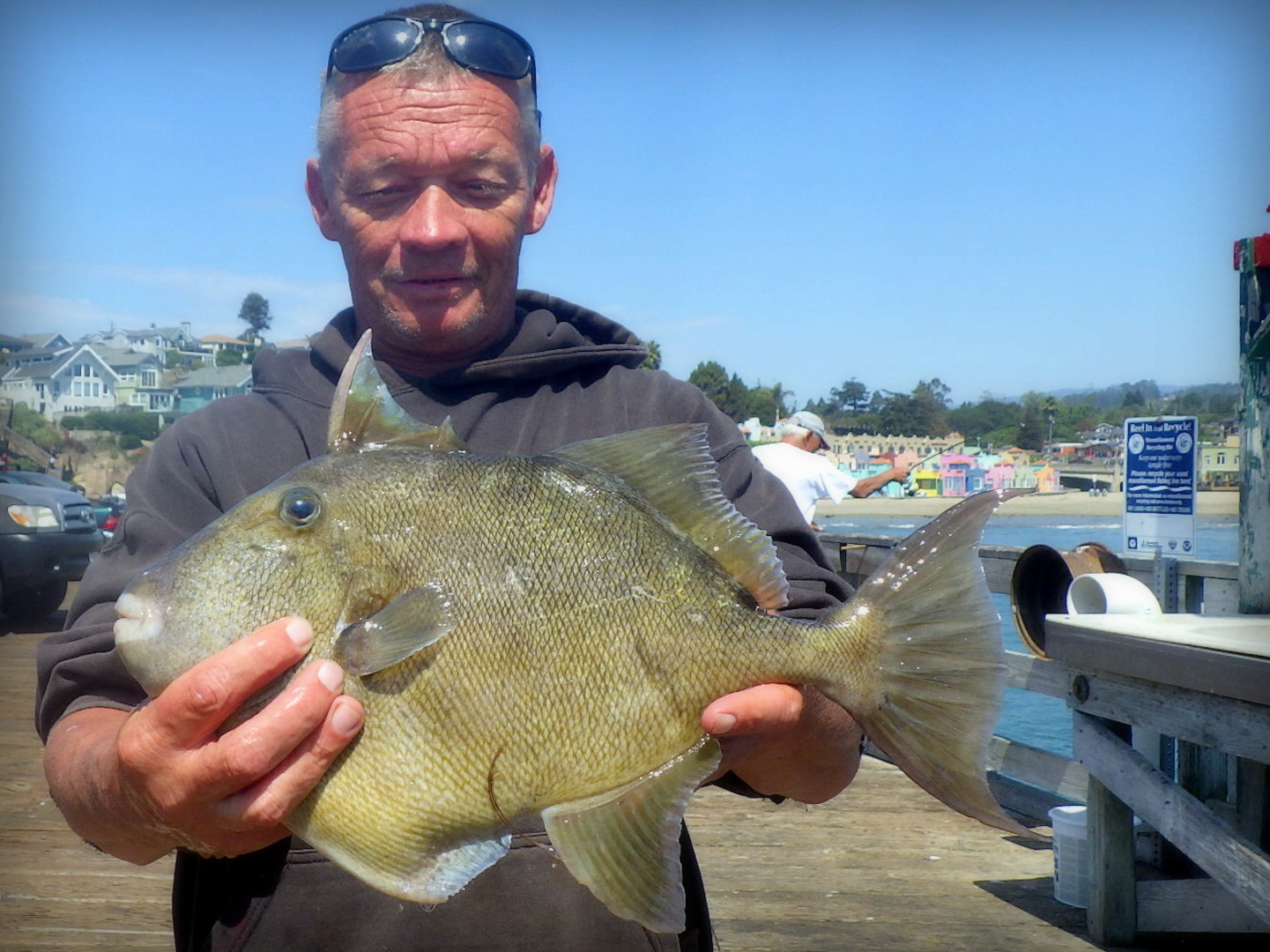 9-14-2019
We are in the middle of transition between summer and fall fishing patterns. Conditions are actively changing and bringing a...... Read More

Tuna Remains All The Rage 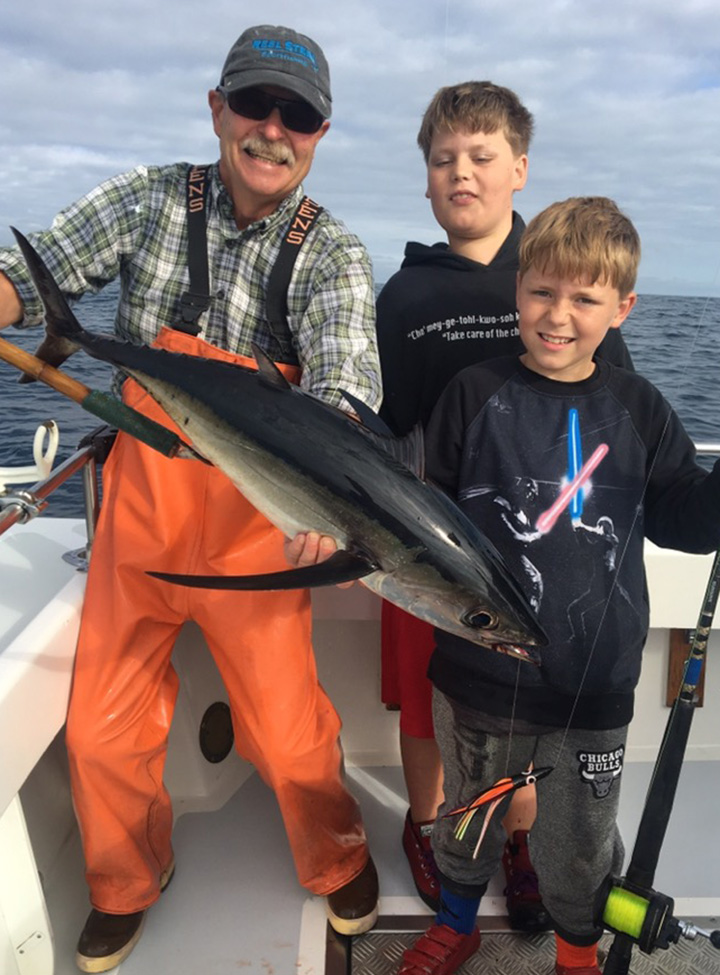