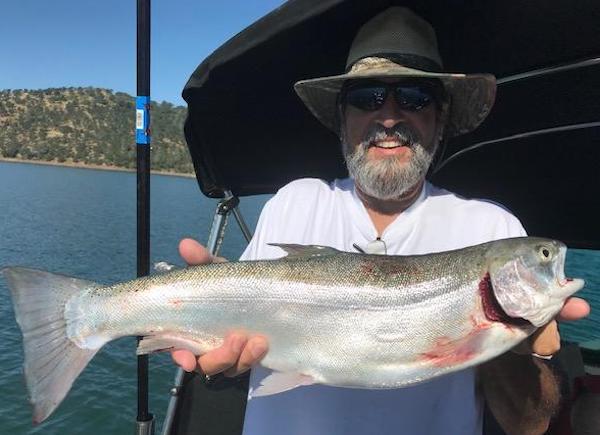 New Melones Reservoir's current lake level is 1071.65 and 16.35 ft. The lake topped off this year June 24th with a lake elevation of 1072.40. The last time Melones had reached this current elevation was in August of 2011. Water conditions are 85+ degrees, shoreline has a mudline of water stretching out 50 or more ft. during busy boating times. Water clarity is 10 ft.The Tuttletown, Glory Hole Point and Angels Cove ramps are all operational.

Rick Dickerson and Co. were fishing at night from their boat near the dam using night crawlers landing two nice Rainbows, 5.8 lb. and 4.0 lb.

KOKANEE
Kokanee have slowed a bit, but continue to produce on Melones when you get away from the crowd of boats trolling for them. Reports of 20" koks coming over the rail. Get into that cooler water, 60-85 ft. deep range. In deeper water due to diminished light penetrating the depths you should rely more on attraction response from Kokanee using your dodger for displacing water and creating soundwaves for the curious fish to investigate. Shorten up your distance between hoochie and dodger, {5"-10"} as the next thing the koks will do once they locate the dodger is to have a biting response, striking whatever is near the soundwave. Fluorescent colors will work best in deeper water as they retain their true color.

BASS
Lots of flooded vegetation spreading across the shoreline has made for some good cover for bass to wait and stalk their prey. Using something to displace water..poppers, baby ducks. Good time to try out a Alabama rig on the water as the bass will be more likely to chase down 5 baits in a school as opposed to one.

Catfish are getting a bit chippy out there, chasing down a crank bait to inhale it. For the most part I would not recommend using this as your choice of bait, more along the lines of frozen shad, mackrel, sardines, anchovies or chicken livers.

"Take it to the Limit Guide Service"
If you want to put limits in you boat on Melones you have to put time on the water and find the fish. With the water rising and lowing the koks are spread out and moving all over the main lake,you have to find them to put them in the boat. We found the koks starting to hang out on structure and went down to 70' and put them in the boat and we also caught them in 40' of water in the middle of the lake. When you do find them you are in for a good time, the koks are hitting hard and fighting as wild as they can good luck trying to put them in your net. I changed so many setups this last week it's hard to till ya what to use the colors would be in watermelon, pink and green and pink and purple.

I think when the water levels out the bite should get better but it's still pretty good so get off the couch and get on the water and we'll see ya there. 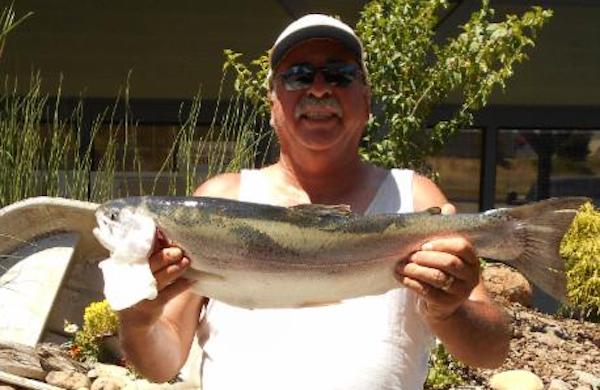 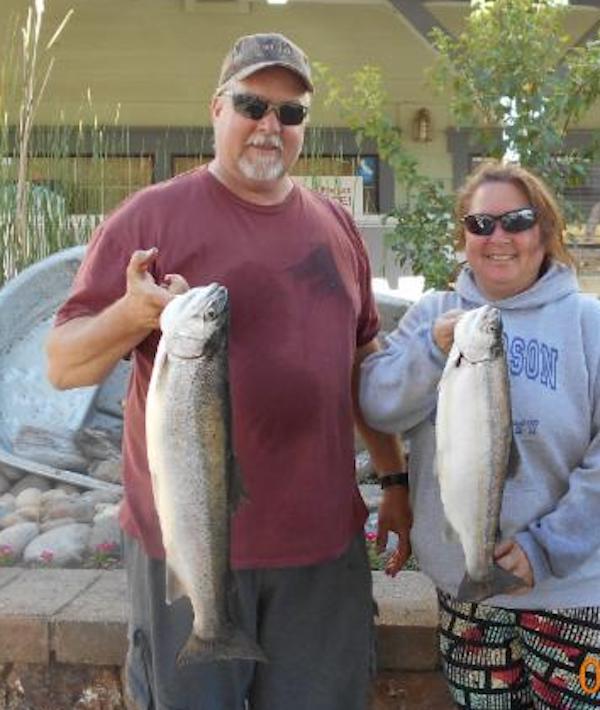 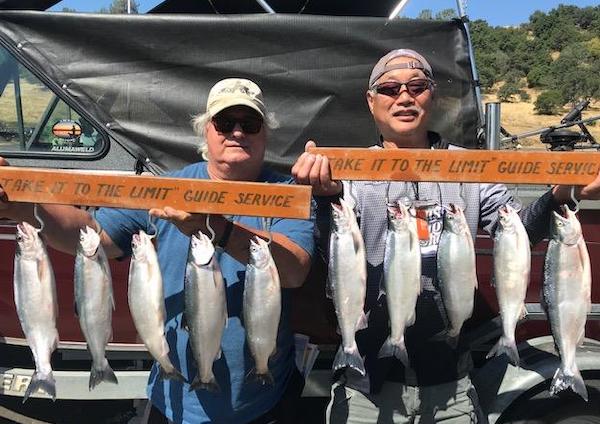